"In those days I didn't know it was called the Blues, but those were the records that I felt I understood musically. I could feel where they were going."

P.W. Fenton is the host of the popular audio show, Digital Flotsam, as well as several other podcasts. For a while he was known to listeners of Adam Curry as Uncle Jesse, due to the physical similarity to the Dukes of Hazzard character of the same name, and the Satellite Repairman, because of his former duties related to Sirius Satellite Radio. In 2006 his podcast Digital Flotsam won “Favorite Podcast”, “Best Produced Podcast” and “Best Storytelling Podcast” in the Podcast Peer Awards. His show “Digital Flotsam” has been described as “..an audio variety show that’s pleasing to the mind. Sometimes makes you laugh, sometimes makes you cry, but always makes you listen. Episodes can be about almost anything, and are always sound rich experiences. Sometimes profound… rarely profane.” His work is frequently compared to the late radio storyteller Jean Shepherd. P.W. Fenton was responsible for producing 4 hours of daily programming for the Sirius Satellite Network called “Adam Curry’s Podshow”. In May of 2007 Podshow’s relationship with Sirius ended, and so did that show. He eventually left the employ of Podshow (now Mevio) in 2009 an now devotes his time to his personal projects. He continues to produce the popular Digital Flotsam podcast, along with his music podcasts Perfect Head, and Bluesday Night Jam. He also has two short form shows, 2 to 5 minutes respectively, “On this day in Blues History“, and “Whole Nuther Story“. He has begun experimenting with video podcasting as well.

My dad was a music lover. There was always music in the house. So I was really little when I first experienced "The Blues". In fact I was so little I had to stand on a chair to put a 78 rpm record on the record player. In those days I didn't know it was called the Blues, but those were the records that I felt I understood musically. I could feel where they were going.

How started the thought of Digital Flotsam, On This Day in Blues History, Bluesday Night Jam and Perfect Head?

I've always loved radio. I was lucky enough to be born when radio was the main entertainment in everyone's homes. Television was just being born. When I was about 10 years old I got my first tape recorder. I used to make a tent out of the blankets on my bed and, inside my tent, I would pretend I was doing a radio show with my microphone and tape recorder. I was always experimenting. Many years later when I began to learn about podcasting, I realized that now I could actually do it. Now I could make my own radio shows the way I wanted to do them. I could be my own boss. One by one, all those shows began to evolve. It started with Digital Flotsam which centered around stories from my life, and then it branched off into shows that were about all the music I love. 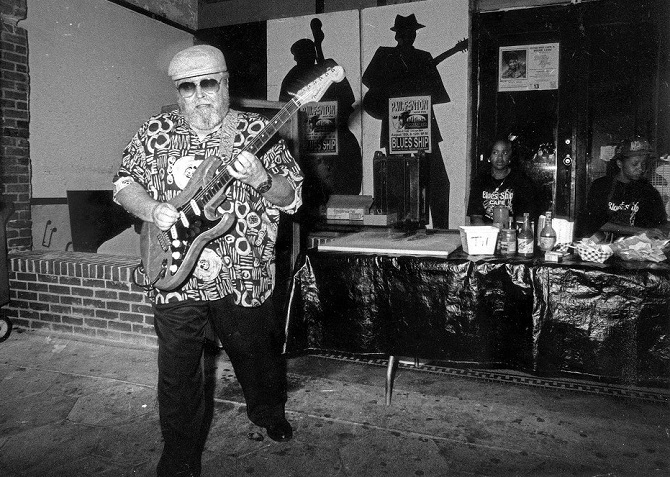 "I wish there was a way for more of the people making music to earn a decent living at their craft. I hate the fact that many kids growing up today think that music is, and should be free."

How do you describe and what characterize, your podcasts’ philosophy and mission?

I don't think I really look at what I do in terms of a philosophy or a mission. I do it mainly because I enjoy doing it.

I only hope that others enjoy what I do as much as I enjoy creating it.

Music has always been extremely important to me. To me it's a magical force that allows you to easily escape from the ordinary world into your own fantasies.

Why did you think that the Blues continues to generate such a devoted following? Which is the most interesting era?

I think it's because it is both simple, and powerful. It's the people's music. It doesn't take a great deal of work to understand, but yet it's infinitely complex. It is also American, in that it represents the melding of many cultures together to form the voice of the working man.

I have been so lucky to have met so many Blues greats, mostly as the result of becoming a friend of Dick Waterman, who has been so much more deeply immersed in the Blues world than I have been during my life. If I had to choose, my biggest thrill would be meeting B.B. King. I was smiling so hard throughout that encounter that for hours afterward the muscles in my face hurt. 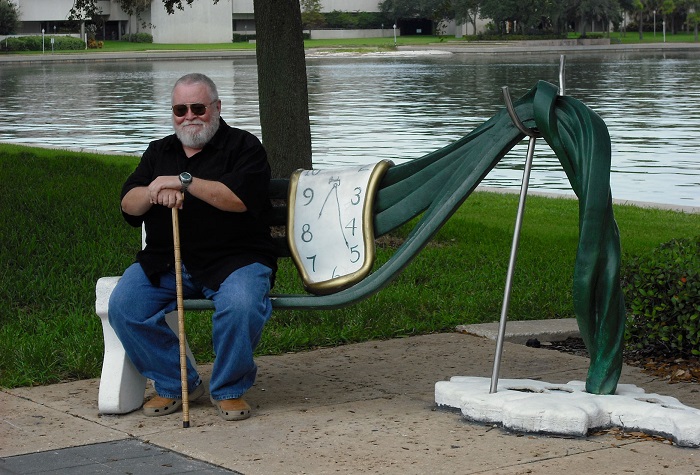 "Music has always been extremely important to me. To me it's a magical force that allows you to easily escape from the ordinary world into your own fantasies."

What I miss most of all are the men and women that created this music. Sadly, they are all passing away at an alarming rate.

I wish there was a way for more of the people making music to earn a decent living at their craft. I hate the fact that many kids growing up today think that music is, and should be free.

What are the lines that connect the legacy of Blues from Pre to Post-War era and continue from South to cities?

I’m afraid that a question like that one has an answer way too big for an interview. People have spent their whole lives researching the answer to that question.

What has made me laugh (and cry) is American politics, but that is a whole different topic. I am very excited that there has been a flurry of great, young, and original artists coming from the Tampa Bay area where I live in Florida. Damon Fowler, Betty Fox, and Selwyn Birchwood are all from this area, and all seem to have captured the essence of the Blues. They give me hope that the Blues can live on. 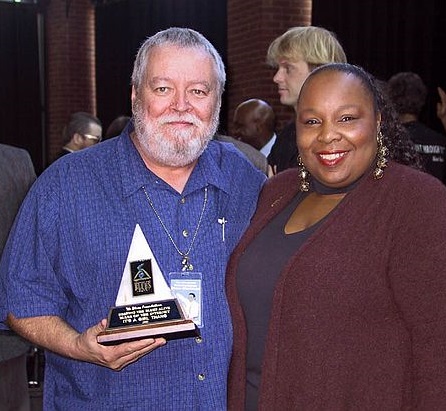 Where would you really wanna go via a time machine and what memorabilia (books, records) would you bring back?

That would probably be to visit New Orleans in the first decade of the 1900s. I would want to smuggle a recorder along with me, to record some of the legendary musicians that gave birth to Jazz and Blues and that we have no recordings of. Imagine instead of hearing people sing, “I thought I heard Buddy Bolden say…”, we could actually hear what he said, and what he played.