Interview with bluesman Clarence Turner - experienced the heart, truth, authenticity and origin of the blues

"Blues is therapeutic. It’s like when you have gone through some difficult things and you need a friend to talk to, the Blues will be that friend."

An infectious, rhythmic, gritty, and soulful, feeling sparked a fire into Clarence Turner while listening to his father’s collection of LP’s, which included the incomparable Muddy Waters and the legendary Howlin’ Wolf. Every wailing stroke of the guitar spoke to Clarence; and at the age of eight he began a life long love affair with the blues. It was no question the guitar chose Clarence. Throughout his teenage years, he played his guitar delivering the blues and receiving love from audiences both local and abroad. The blues cannot be truly mastered unless one has experienced life and experienced it hard. Following suit, Clarence disappeared from the music scene in his early twenties. During this time, Clarence experienced the heart and origin of the blues, a strong dose of reality, pure love, painful hardship, and amazing good times. Clarence realized that what he felt in his gut and soul, could only be expressed thru his first love of his guitar. As such, he returned to wail the blues as only he can. Once, at a Blues after party in Richmond, VA, Clarence took the stage after Big Bill Morganfield. 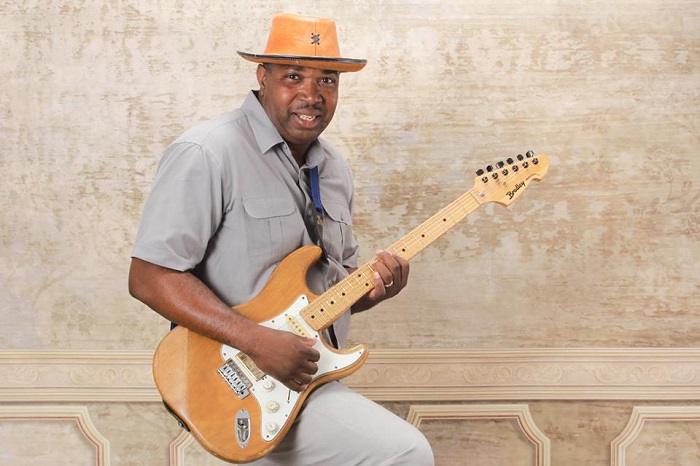 As Big Bill was leaving, he immediately returned to listen and then said, “Now that’s the Blues”! Over the years, Clarence developed signature guitar strokes by using items other than the usual “pick”. His fiery guitar picking included using cell phones, microphones, harmonicas and everything else in between. As he puts it, “Why use a pick when there are so many other interesting things to use?” Soon thereafter, Clarence started his explosive blues band, which propelled him to become one of the greatest blues men of this century. After performing at Blues Alley, he decided to release his CD “Live at Blues Alley”. In the spring of 2011, he released his highly anticipated new album entitled “Pay Day”. His brand new album “The Caster Blaster” (2015), has a touch of Funk, Soul and Swing while keeping to the style and sound of early Chicago Blues. Clarence was born into blues and as you read further you will agree that he has been appropriately sanctioned; Clarence “The Bluesman” Turner.

The thing I learn about myself is that I get a strong sense that I am created to play the Blues. It’s the only Music that constantly gives me a good feeling inside. It doesn’t matter if I’m performing or listening, Blues Music makes me feel spiritually free.

How do you describe Clarence Turner sound and songbook?

I would describe my sound as all encompassing. I’ve listened to all genres of music and have played in many different types of bands. I mix it all into everything I’ve learned from the Blues and have created my own style. You can hear a little of everything in my music while still able hear it keeping true to the Blues. My philosophy is “keep it real, keep it simple, make it understandable and make it fun”.

"My hopes for the future of Blues is that it will receive the recognition and support from the artists and fans of all the music genres it has given birth to."

I think Blues music’s ability to generate a devoted following is largely due to the fact that the music itself has the ability to speak directly to the listener. Most Blues musicians are also humble, personable and accessible to their audience.

I met B.B. King backstage after his concert and his advice to me was “if you love playing the Blues, don’t ever stop”. He also said “Do what you love and the rest will take care of itself”. The King has spoken. He was a true King indeed. I had the opportunity to meet and perform on stage with Bobby Parker. Mr. Parker has influenced so many legendary guitarists. I was honored to have been allowed to share the spotlight with him. I also met The Nighthawks and Mark Wenner while doing a couple of festivals in the Netherlands. We both live in the DC metro area and often joke about how it took an overseas trip to meet when we are practically neighbors.

The best advice given to me was from my friend Wayne Davis who said “you are a great musician but the Blues is your forte”. “That’s who you are”.

One memory I’d like to share is when I first started going to blues jams. Most people knew me only as a bassist and would never allow me to sit in as a guitarist and vocalist. I would just laugh to myself and not complain. One day friend who knew me as a Blues guitarist said to a jam host to let me do a set on guitar and vocals. From that day forward, no one will let me play bass at a jam unless I really request to do so. 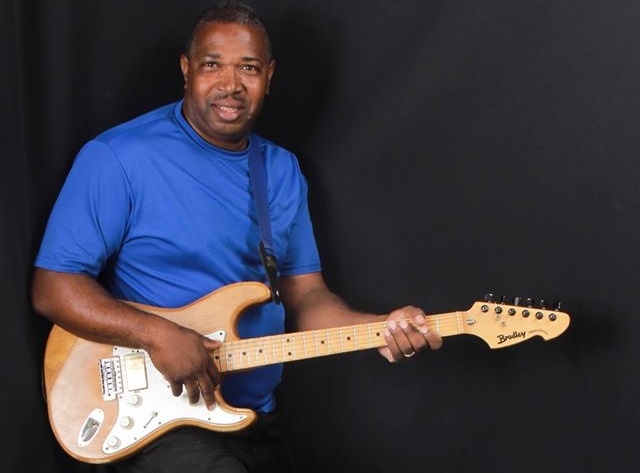 "The thing I learn about myself is that I get a strong sense that I am created to play the Blues. It’s the only Music that constantly gives me a good feeling inside. It doesn’t matter if I’m performing or listening, Blues Music makes me feel spiritually free."

What I miss most nowadays is that the D.C Metro area in which I live, now have far too few places for a true to the Blues band to play for local bands. Most Blues Bands have to add in some alternative, funk, Soul, Jazz, R&B, classic rock or some other off the Blues path just to get a good paying gig. I can do all that but I choose to stay true the Blues which is the foundation of all American music.

My hopes for the future of Blues is that it will receive the recognition and support from the artists and fans of all the music genres it has given birth to.

My fear is that the Blues will continue to get watered down to the point where we wouldn’t recognize it if it hit us in the face.

If I could change one thing in the music world and make it a reality, I would change the perception of what most people think the Blues is. Blues is therapeutic. It’s like when you have gone through some difficult things and you need a friend to talk to, the Blues will be that friend. If you need to share your experiences with someone who’ll just listen, the Blues will be there for you, to help you to feel better. "I think Blues music’s ability to generate a devoted following is largely due to the fact that the music itself has the ability to speak directly to the listener. Most Blues musicians are also humble, personable and accessible to their audience." (Photo by Joe Amoruso)

What are the lines that connect the legacy of Blues from Southern juke joints to bright cities bars/clubs?

There are no “lines’ from Southern Juke joints to Bright city Bars/Clubs. It’s a straight shot. Just like Blues artists migrated from their Southern homes to the big cities, so did the juke joints. They are one in the same.

I can only answer this from my point of view relative to the geographical location in which I live. I would like to see more African Americans support and embrace Blues music. From a cultural perspective, it seems as though everyone except African Americans (on a grand scale) knows where Blues comes from. To best describe what I’m saying, often times, when I’m asked by an African American the question of what type of music I play, I’ll say “Blues”. The return response more often than not is “I Love JAZZ’.

If I could take a time machine to anywhere, I would be 1955ish Chicago, Illinois. That’s when a Blues Man called Chuck Berry hit the scene with Chess Records. As I stated earlier in the interview describing my music as all encompassing, Mr. Berry was a master of that, in my opinion. He mixed so much into his Blues they had to call it something else. From Maybelline to Havana Moon, his Blues was the most cultural diverse ever. If you really listen closely, you could probably conclude that he was also the pioneer to music now known as rap.