"Blues is a feeling, not just despair, but great joy and everything in between. But it’s a powerful feeling that makes you wanna cry out or shout."

Will Johns: Play with Zen Feeling

Will Johns was born 1973, in London, is a blues rock singer and guitarist. Leading the Will Johns Band he has performed with many renowned artists such as Joe Strummer, Ronnie Wood, Jack Bruce and Bill Wyman. Will Johns is the son of actress Paula Boyd and record producer Andy Johns. He started playing guitar at the age of 15. Whilst living in L.A., Will Johns bumped into his old friend, Jesse Wood (son of Ronnie) and together they formed the band GLYDA. The band had success releasing an album and three EP's, and wooing audiences in Europe and USA. 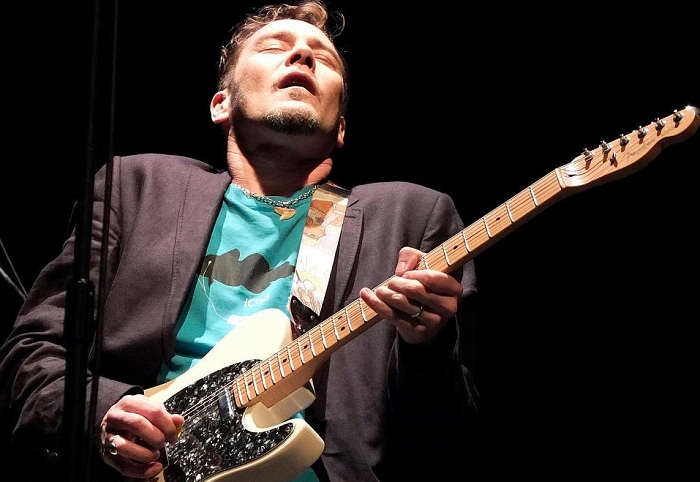 Johns returned to England during the mid-noughties and formed the Will Johns Band. In 2008, Johns moved to Brighton and the Will Johns Band released its first album, "Count on Me", in the following year. His second album, "Hooks and Lines", was released three years later through Big Bear Records. With a sizzling hot new band and a new album  he is taking no prisoners as he tears up the New British Blues Scene. A blend of fiery vocals and guitar wizardry, his compositions and performances consist of blistering authentic roots. He has performed with many incredible musicians, entrancing listeners around the world. Wills' crafted songs and performing style are as infectious as they are rousing. In 2013 Will joined force of Malcolm Bruce and Kofi Baker of The Sons of Cream.

How do you describe Will Johns sound and progress, what characterize your music philosophy?

The sound is old and yet fresh, there is a groove element so it all is part of a Contemporary Blues, That’s the philosophy I guess, same as its always been. Play the music with feeling, Feel the music your playing.

To confront the complexity of MIND with the simplicity of HEART.  Blues is a feeling, not just despair, but great joy and everything in between. But it’s a powerful feeling that makes you wanna cry out or shout. 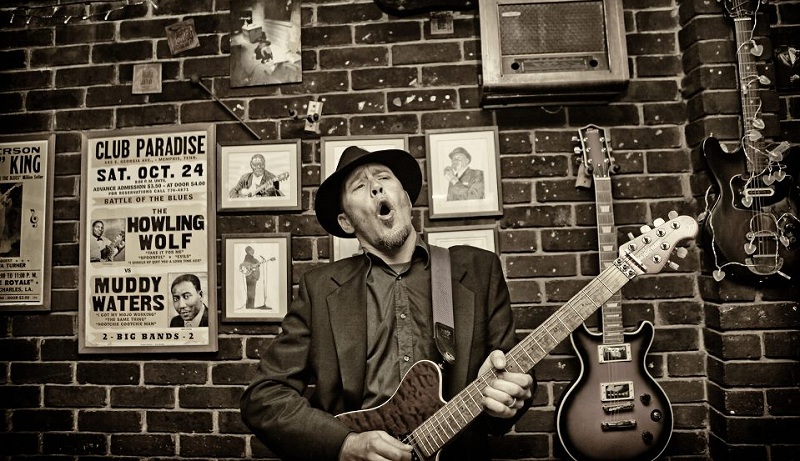 "I hope that there will always be the freedom for people to play what they wanna play, where they like and how they like."

I was lucky to be brought up surrounded by musicians, but life was not easy growing up as my Mum & Dad separated at an early age. I think I needed a role model and also something real to call my own inspired me to be creative. It doesn’t come over night that’s for sure! There is an amount of ruthless relentlessness!

I think it is because the music is of the heart, its very Human. It is life music.

One that stands out was in London. It was a benefit gig for the British comedian Peter Cook Foundation. The audience was made up of very famous comedians, actors and musicians. I remember getting on stage and looking out at the sea of familiar faces in the audience and thinking ‘this is a bit weird!!’ Then Ronnie Wood and Bill Wyman joined us on stage and we played Miss You. That was quite a gig.

I was lucky to meet Albert Collins The Ice Man at one of his last shows in the UK. We shared the lift together after the show, he said to me ‘You just keep playing Son’ which I did! I had an out of body experience once while I was performing. It was very strange as I became aware of being up in the ‘Gods’ I looked down and there I was on stage still playing away’ Another strange one was recording music for video games with the late Joe Strummer. We wrote this song together and when it came time to do the vocals we were in the vocal booth at the same time. Now I had no Idea who he was at all, I just met him that day as simply ‘Joe’ anyway when he started singing in the way that he does, I was a bit like ‘you can’t sing like that, that’s not singing’ completely unaware that he was who he was and had sold squillions of records!!

From the musical point of view what are the differences between the acoustic folk and electric band blues?

I think with acoustic folk the emphasis is on the lyrical content, plus it lends itself to more subtle nuances in sound, performance and delivery of the song. Electricity was invented by Muddy Waters. In the electric blues band there is more scope to get people moving, dancing or at least to hit them with more volume to make the spirit level rise.

I believe that sound originated with just one string or wire (usually cotton bale wire) nailed to a post or tree and played with a pen knife. There was also a diddly bow which was just like a bow & arrow bow that could be played more percussively. Everything came from these original sounds. If I told you the secrets of them they wouldn’t be secrets no more!!

To be honest I don’t miss a thing. If I feel there is something missing, I try to create it. I hope that there will always be the freedom for people to play what they wanna play, where they like and how they like.

You are also known of your work with Kofi Baker and Malcolm Bruce of The Sons of Cream. Would you tell a little bit about that? 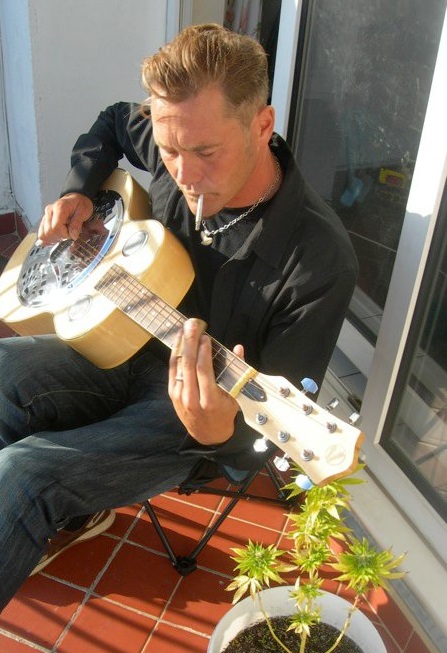 Sons of Cream is great fun. Although there are many Cream songs, it’s all about the improvising, the ethos is still the same I think ‘forget the song, forget the lyrics and just play.

"I think it (Blues & Rock) is because the music is of the heart, its very Human. It is life music."

I would like to spend a day with Native Americans 400 years ago. I think that would be a great day out, we would go hunting and fishing and in the evening we would sit round the fire and tell stories and smoke the peace pipe.