"The blues was music of several particular musical eras, and to try and pretend that it shouldn’t change would be foolish." 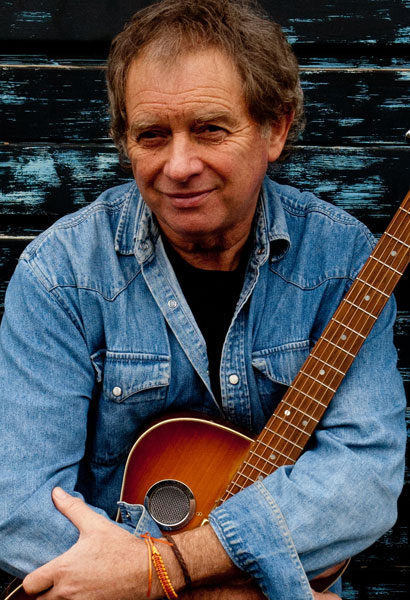 Thanks to Tabby Thomas' encouragement, Julian was quickly accepted by the local blues community. He played regularly alongside Excello legends Arthur 'Guitar' Kelly, Silas Hogan, Clarence Edwards and Lazy Lester, or with the new kids on the block like Kenny Ray Neal, Larry Garner or Chris Thomas King. And on nights off he could sometimes be seen playing down the road in New Orleans with local harmonica legend J. Monque'D. Whilst in Louisiana, Julian collected material which was subsequently broadcast on his successful BBC Radio three series 'Blues On The Bayou'. He also recorded what sadly turned out to be the last album ('The Godfather') made by 76 year old Silas Hogan. He also co-produced and played on Tabby Thomas' 1988 release 'King Of The Swamp Blues'. Julian's band Junkyard Angels was formed in 1975 and still performs regularly. Over the years they have appeared at just about every European Blues Festival on the map, and featured numerous times on the Paul Jones BBC2 Radio Show. In 1998, along with harmonica player Jeff Fuller, Julian appeared at the Baton Rouge Blues Festival, and performed on the legendary King Biscuit Radio Show broadcast from Helen Arkansas. In 2009 he fulfilled a long time ambition by appearing at The New Orleans Jazz & Heritage Festival alongside Tabby Thomas and Chris Thomas King, and has recently jammed at Rosa's Club in Chicago and Morgan Freeman's Ground Zero in Clarksdale Mississippi. Julian also currently writes for 'Guitarist', 'Guitar And Bass' and 'Acoustic' magazines, his slide guitar playing has featured on 'Guitarist' tutorial CD's, and his writing has been published in Mojo and The Guardian and Independent.

I first heard blues in the early nineteen ‘sixties – singers like Lightning Hopkins, Muddy Waters, Chuck Berry – and it was the most exciting music that I had ever heard. I had no idea that blues existed and hearing Lightning Hopkins was like hearing music from another planet. Incredible! But perhaps equally importantly, it represented the culture of oppressed people, and so I think for many of my generation, to like blues music was to stand up for black people. 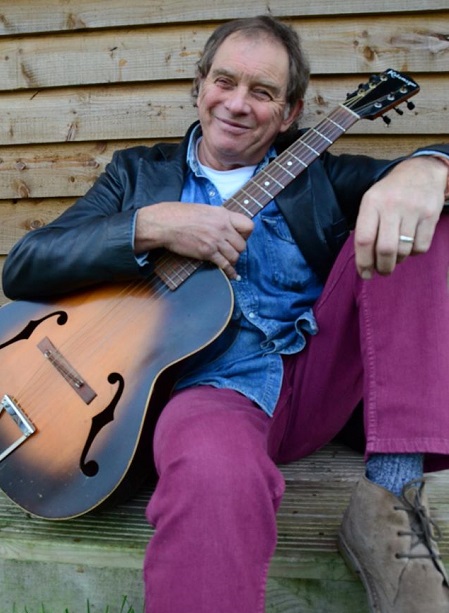 How do you describe Julian Piper sound and songbook? What characterize your music philosophy?

Anyone playing blues music has to make a decision -  whether to try and move the music forward in some way, or try and replicate what has already been played. For many years I wanted to just imitate but was never much good at it! These days I increasingly do write my own songs, but hope to infuse them with traditional styles. The blues was music of several particular musical eras, and to try and pretend that it shouldn’t change would be foolish.

Which is the moment that you change your life most? Which memory makes you smile?

Undoubtedly meeting Muddy Waters. He was touring with Eric Clapton and I was scheduled to meet Clapton for an interview. This was cancelled but I arrived at the theatre just as Muddy and his band were arriving at a side door. I rushed after them and the security guys assumed I was part of the band – one of them thought I was Eric Clapton because I had a beard! Finding myself in the dressing room where there was a large spread of food, I edged over to Muddy just as he thrust a large piece of cheese in his mouth. I introduced myself, he shook my hand but was unable to say anything because his mouth was full. Realising that sooner or later I would be thrown out, I went backstage where a guitar tech let me play Muddy’s red Fender Telecaster before I was thrown out…..

In 1987 I walked into the Blues Box in Baton Rouge where I met Rocking Tabby Thomas. We became great friends until his death last year, toured many times and in 2009 I played with Tabby at the New Orleans Jazz and Heritage Festival. Through meeting Tabby I played at the Blues Box every week, and I was given an invaluable insight in what it meant to play blues for real rather than being some part time hobby. 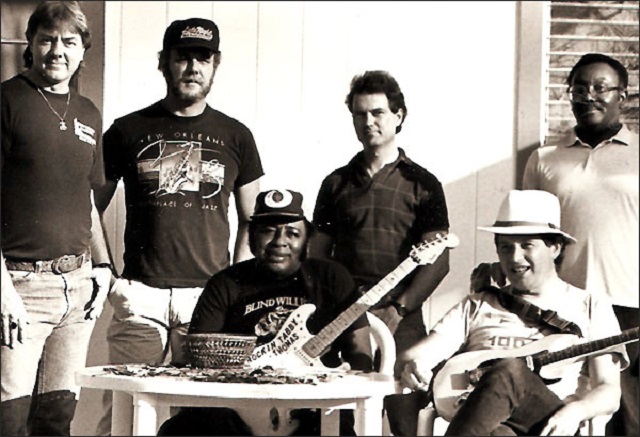 "Anyone playing blues music has to make a decision -  whether to try and move the music forward in some way, or try and replicate what has already been played." (Photo: Julian Piper with Tabby Thomas, 'King Of The Swamp Blues' Session, Baton Rouge LA, 1988 )

Are there any memories from Lazy Lester, Earl King, and Lowell Fulson which you’d like to share with us?

Lester? A really loveable guy but we had to play a gig in Holland after a long journey without sleep. In the interval Lester fell asleep on a couch and we couldn’t wake him, which meant the band had to play the second half without him! Fortunately – maybe because the audience were stoned – no one seemed to care.

Earl King was a great guy but when we played had been supplied with a very loud Fender amplifier. We didn’t realise until he came onstage, that he had set the volume at 10. The result was not pretty!

Lowell Fulson was a man with an incredible catalogue of songs and I was impressed when we backed him, that despite only minimal rehearsal, he played as if we had been together for ten years. A fantastic musician.

When I listen to the blues pioneers – whether the players in the 1920’s like the Mississippi Sheiks, Furry Lewis, Robert Johnson, or the Chicago kings like Muddy and Howling Wolf, I’m amazed at how many individual and original styles of music there were. Sadly these days the blues too often means guys plugging guitars into boutique amplifiers and soloing until the audience fall asleep. The blues was primarily VOCAL music – not guitar music – and too often that is overlooked. And I cannot see it changing. 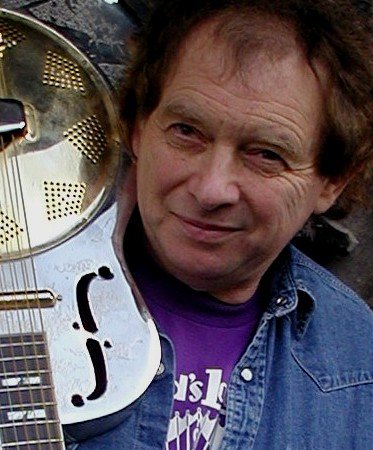 "The blues remains the root of all Rock n Roll and Pop music, and will always be revered and honoured for that reason."

What touched (emotionally) you from Louisiana Red, U.P. Wilson, and Tabby Thomas?

Their total commitment to their music; for each of them blues was their life, the thing that made them get up in the morning.

What are the lines that connect the legacy of Blues from States to UK, and from Blues to Pub Rock of ‘70s-‘80s?

As has been said many times, UK musicians took the music and when they played in America, and performed Muddy Waters or Freddie King songs to an audience that had no idea that this was American music. Of course had the music not originated in the States in the first place, this couldn’t have happened, but undoubtedly bands like the Rolling Stones and Beatles were instrumental in awakening the American audiences to their own musical legacy. Pub Rock was a by product of this effect, in that blues was revitalized by bands like Dr Feelgood and The Inmates who took the old songs and kicked them back into life for an audience hearing them for the first time.

Maybe the Stax studios in Memphis when Albert King recorded with Booker T, or drinking beer in the sun in Clarksdale about 1937 listening to Robert Johnson.

Is it easier to write and play the blues as you get older? Why the Blues music continues to generate such a devoted following?

As you get older you certainly have more life experience to draw on, but I’m not sure that it makes writing songs any easier! But – the blues remains the root of all Rock n Roll and Pop music, and will always be revered and honoured for that reason. 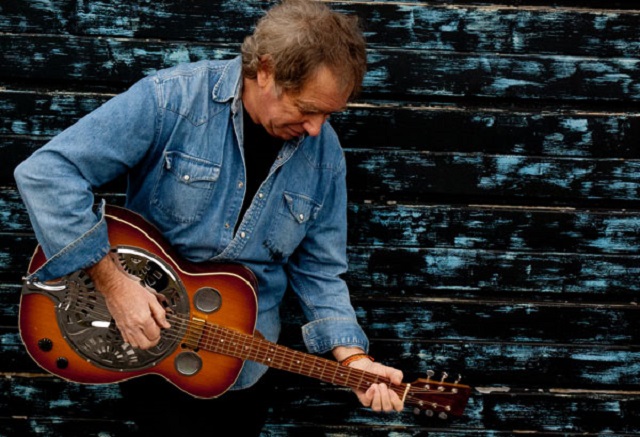