Interview with founder and frontman of Gingerpig, Boudewijn Bonebakker - the modern way of thinking

"Blues, John Lee Hooker and Howling Wolf in particular, awakened my inner, my core as a musical human being."

The title of the new Gingerpig album, Ghost on the Highway (out Feb. 20, 2015), wasn’t chosen randomly. It is a reference to the musical journey of Gingerpig, to the passion and the urge that has pushed them forward to three albums now. Dutch founder and frontman of Gingerpig, Boudewijn Bonebakker (also known as the guitarist of Gorefest), is clear about it: "Music is my way to stay ahead of my personal ghost on the highway." The fourth album Ghost on the Highway is not just the result of years of perfecting the sound of Gingerpig. That sound is not the goal for Gingerpig, it’s the vehicle with which the story is being told. More than anything else it is the almost haunted intensity and conviction behind the songs that impresses and pulls you in. 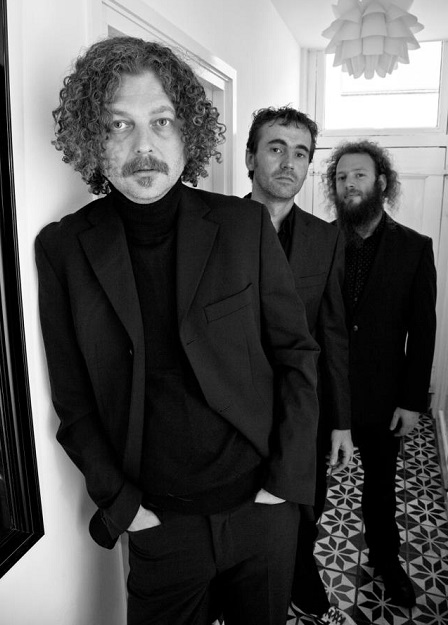 Five years ago (founded of 2009) Gingerpig’s journey started with the preparations for their first album. The grand experiment The Ways of the Gingerpig was built on the conviction that the listener can’t be fooled. Bonebakker and his associates opened up their suitcases and started off with lots of musical luggage and even more ideas and with their first they delivered a loving mix of seventies rock, blues, fusion and (post-) metal. The band had set just one single limit for themselves: making music. During the course of their search and their wanderings, the musical focus of Gingerpig sharpened. The identity and style of the band ripened fast and the eclectic character of their music matured. This culminated on the album Hidden from View, on which the organic sound and the sincere approach came more to the forefront. This development has continued on Ghost on the Highway but clearly the boys haven’t found their calm yet. Sure, Gingerpig sounds more weathered, more intense and louder than ever, a very distinct and recognisable loud that works in clear unity with the lyrical content, but the restlessness stays. Haunted, mean & lean by their musical travels, Gingerpig dispose most of their garnish and fringe on Ghost on the Highway and deliver not only musically but also lyrically a surprising resolute and thunderous rock album.

Why did you think that the Old School Rock n’ Roll culture continues to generate such a devoted following?

I think it is partly because the traditional or western rock culture has become more and more a nostalgic fashion image. By this I mean that it appeals to feelings of, or maybe even fantasies of a nostalgia that give people a certain comfort or an escape from day to day live. Something similar to longing for your summer holiday of years ago. Vintage imagery is weird like that. Somewhere in the seventies Jugendstil was a big part in the visual fashion, also the roaring twenties were imitated in clothing fashion. Now we grab back to the seventies or other periods and blend it with nowadays life. I don't think it is typical for this age. The 50's and 60's style revivals, happened regularly over the decades and in the early 90's there was a big seventies revival going on as well.

On the music side of things I think there is also a great need for good and human music which takes pride in being played well as opposed to being edited well. The warm and organic sounds of the early bluesrock, hardrock and later symphonic rock (now called prog) are sometimes brutally honest and let you hear the musicians in all their brilliance and flaws. Almost the way they are live. Human. This simply because editing by the note was a hell lot more work at the time, I don't have no illusions about that. I mean if they could they would have used hard-disk recording to the max, I'm sure of that.

Also I strongly believe that there will always be a serious audience for a bunch of people playing together, be it on stage or in a studio registered on tape. The intimacy and intensity of a group making music together, and being allowed to witness that as an audience, or even be part of the experience, is something greatly missed in modern-day music approach. I strongly believe people miss it greatly and seek it our anywhere they can. And if this means dreaming about it during the week with the help of design and imagery, and wallow in it at shows in the weekend than nothing much has changed from how it was back then really.

Finally I think that the music that comes with old-school rock culture isn't called classic(rock) for nothing. The style of music is becoming classic the same way jazz and classical music are. 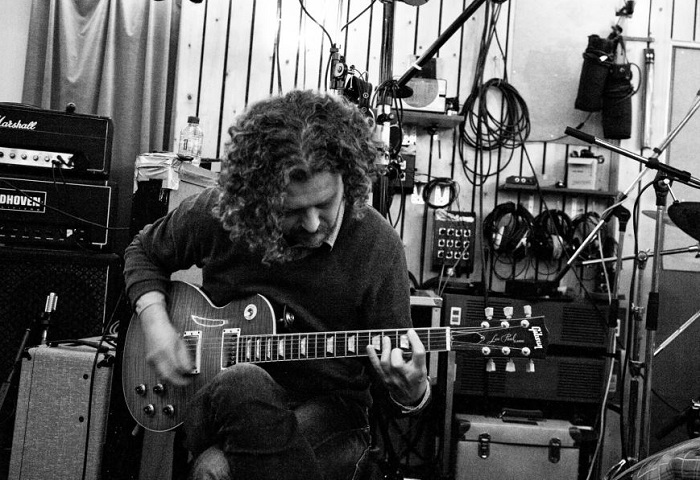 "Mostly I miss time and room to develop as a band. You have to be hip instantly and there is no room or interest in your band when you don't agree with the rules of engagement. Be it the rules of classic rock, doom or whatever."

How do you describe Gingerpig sound and songbook? What characterize your music philosophy?

Music in development. We started of exploring all possibilities within a certain style-frame. Bands used to flirt with other styles like there was no tomorrow (reggae, soul, punk, disco, country, blues) whatever they felt like. Partly commercially motivated but a lot of the times also because it's fun to do. When you listen to the old Queen albums for instance you get not per se fashionable styles like Vaudeville or American Songbook style or even punkrock thrown around your ears almost like finger exercise. Hell, even Hotel California is one big flirtation with reggae.

We wanted to go about in the same way. Start off with exploring and than let that way of making music develop into our own style. We definitely didn't want to set too many boundaries at first. It became a blend of Soul, Blues, Rock, Funk, Country even some prog and jazzrock. But a core of bluesrock needed to prevail. Early ZZ Top, Allman Brothers Band, Deep Purple, they all were firmly rooted in blues so that needed to be our foundation as well. But being led by what has been stored in the subconscious music mind, listening to all sorts of interesting records over the years, more styles mix. My reasoning was: you can simply copy the riffs or style of others or you can try and get yourself to work the way they used to work.

The chance that your music becomes more sincere is by choosing the latter way of working is obvious. So this meant a total reset of making and recording music for me: recording on tape to force ourselves to do one-takers, no correcting or quantizing digitally, recording as a band and not separately by track and accepting mistakes if the magic is being caught on tape.

The second and now our third album, this way of working is the foundation of our music. Over that foundation, being freed of  "modern way of thinking" we aim to go back to good old writing, going for better songs and maybe a more stylistic approach.

During my music education: When I was getting nervous for my examination year a teacher told me this: "Use summer holiday for summer holiday. Don't practice for a month. Your body but mostly your mind will practice on while you are not aware of it." Ever since I have a way more relaxed attitude towards guitar playing which has made me a better musician overall. "I think it is partly because the traditional or western rock culture has become more and more a nostalgic fashion image. By this I mean that it appeals to feelings of, or maybe even fantasies of a nostalgia that give people a certain comfort or an escape from day to day live."

The absolute best concert I have seen is that of swans at the Roadburn festival a couple of years back. It was massive, intimate and very intense. Midway through the concert the tension between the musicians on stage rose as the concert developed. Battles were fought while the decibels were swirling round stage and the intensity almost exploded off canvas in a sonic-painting. Another concert I will never forget is that of John Lee Hooker at the North Sea Jazz Festival somewhere in the eighties. (I saw Miles Davis and George Clinton at the same festival).

Mostly I miss time and room to develop as a band. You have to be hip instantly and there is no room or interest in your band when you don't agree with the rules of engagement. Be it the rules of classic rock, doom or whatever.

What are the lines that connect the legacy of Rock n’ Roll with Blues and continue to Rock and Metal music? Blues, John Lee Hooker and Howling Wolf in particular, awakened my inner, my core as a musical human being. It brought me back to what it is all about. Where it comes to phrasing, tone and sound I'm hugely influenced by Billy Gibbons, Hendrix and Paul Kossoff.

"I think that the music that comes with old-school rock culture isn't called classic(rock) for nothing. The style of music is becoming classic the same way jazz and classical music are."

Ruling out compression-formats like mp3 and the music streaming…

Yesterday I saw a student play the guitar solo in This Love from Pantera. He did it with such great ease, tone and flair that it moved me and gave me hope.

Although I laugh a lot and have lots of fun, nothing in music makes me really laugh. Though I admit I cheered at an interview with Frank Zappa I saw on YouTube.

Hmmm… that varies. I'd love to take a peek in the days of Augustus. Renaissance days and the Baroque times I find very appealing for a daytrip, no longer. But I'm not nostalgic in the sense that I think: before, everything was better. I won’t say I'm happy with the way the world is operating now, but back whenever it wasn't much better. 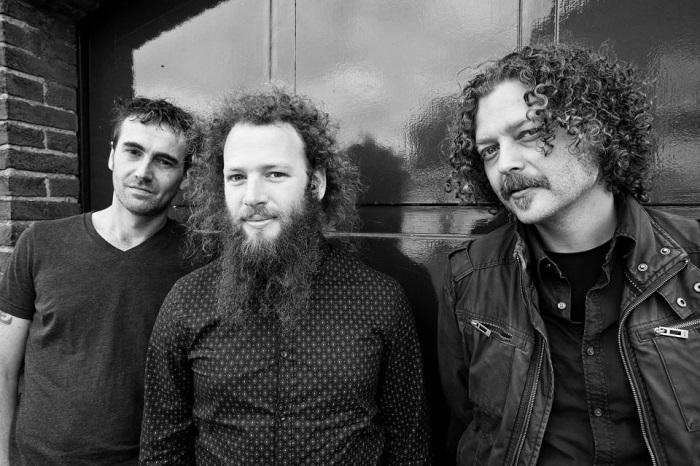