Interview with Bryan Lee has been playing the Blues consistently for over 50 years now to fans all over the world.

"The Blues encompasses ALL people in the world, no bias as to race, creed or wealth. The blues brings people together, the feeling, the beat, the message, moves the soul."

Bryan Lee has been playing the Blues consistently for over 50 years now to fans all over the world. He is referred to by his peers as a “Living Legend”, “New Orleans Blues Institution” as well as your “Braille Blues Daddy”. Bryan Lee is one of the few seasoned Blues musicians who consistently honors the art form of the Blues while incorporating his own personal touch which fans love to hear all over the world. Bryan has performed with many of his peers over the years such as Buddy Guy, James Cotton, Freddie King, Hubert Sumlin, Pinetop Perkins, Willie Big Eye Smith, Kenny Wayne Shepard, Luther Allison, Sonny Landreth, Mike Zeto, Larry Garner, JW Jones, Tab Benoit, Albert King, Duke Robillard, Albert Collins, Michael Burks and BB King to mention a few. Bryan Lee’s new album titled “Sanctuary” (2018). “Sanctuary” first came to Bryan Lee in a dream. The night before a festival performance in a church in Spitsbergen, Norway, the blind New Orleans guitar legend heard an entire musical arrangement for the Lord’s Prayer in his sleep. The next day, he performed it just as he heard it. So inspired were he and the band they recorded it while still in Norway. But it would be seven years, and a chance meeting with producer Steve Hamilton who offered his studio and skills, before the rest of the album became a reality. 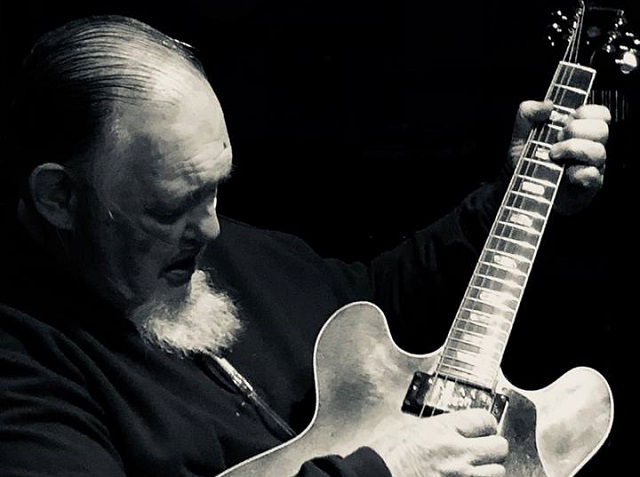 The result is an 11-song masterwork expressing Lee’s attitude toward life, love for the Lord, and gratitude for his talent and career. There is a lot to be grateful for, but it did not come easily. Lee lost his sight at 8 years old, but by 15, he was playing music for crowds in the Midwest. A love of blues led him to spend nearly 20 years in Chicago, and Muddy Waters accurately predicted that if Lee stayed the course, he would become a legend. Time and hard work brought 14 albums, multiple world tours, an appearance on Kenny Wayne Shepherd’s “Blues From the Backroads, 10 Days Out” documentary, performances on national shows, and the freedom to finally make “Sanctuary.” Bryan says: “I dedicate this album to the Blessed Trinity, who I have had a personal experience with, and to my beautiful wife Bethany, and my beautiful children Dena and Bryan. The idea of a Blues-Gospel Album was born one afternoon while singing the Lord’s Prayer in Svalbard, Norway. I had a dream that was an arrangement of the Lord’s Prayer. When I woke up the next morning, I still remembered it. Rarely do I remember my dreams. The rest is history. A gift is not a gift unless you share it. God gave me the gift of The Blues. And I want to share my gift with you. Last, but not least, I personally want to thank my dear friend Richard Draper. His prayer “Sanctuary” was the basis for the title tune on the album. God Bless you all.”

The music soothes the soul. No matter what’s is troubling you. The end of my first marriage was very difficult on me. The guitar and the blues got me through this.  As I worked my way thru my divorce and really focused on my career as a musician, I got deeper into the blues, mainly as a healing force.

My first and most significant creative drive came from Tony Macky who owned a club in Milwaukee called Teddy’s. After a show Tony asked me “who is Bryan Lee”. I said “well, me of course”. Tony replied, “you are a copycat, nobody is going to care about a copycat. People come to hear the real blues, the real Bryan Lee”. Initially I was not happy about his comment, but I listened to him and learned. First, I tried to develop some original tunes and then I learned how to turn every tune I heard into my own version. Then I moved to New Orleans. This is where the real change in Bryan Lee took place. I got my musical education on Bourbon Street. My sound is my own sound. My songbook is true old-fashioned Chicago Blues. 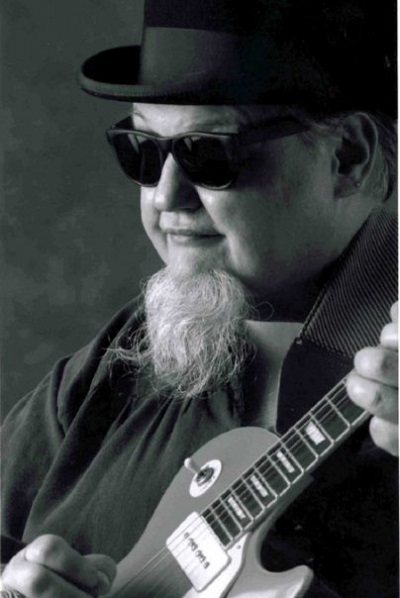 BB King has been the greatest acquaintance along with Buddy Guy.

"The music soothes the soul. No matter what’s is troubling you."

Tony Macky who told me to “be Bryan Lee” all those years ago.

I miss the Buddy Guy’s. I miss the 50’s and 60’s electric blues. Buddy Guy told me a few years ago: It’s just BB, me and you Bryan who are playing the real old Chicago blues”.  I miss the authentic play by the rules blues. In the 40’s when Muddy was around, a musician played it until they got it right. Young blues players today are not doing the research, the practice of the old art form, to get it right.

The loss of the real blues music. The loss of the original blues art form will be forgotten. I hope to win a BMA for my latest CD called Sanctuary. This CD is a work of my personal beliefs.

How has NOLA influenced your journeys of your life and career you’ve taken? What touched (emotionally) you?

While in Nola I took a liking to Dr. John. Our friendship developed over the years, one I will forever be touched by. Allen Toussaint also was a dear friend whom I learned a great deal from. I learned a great deal about rhythm while working / living in Nola, starting with The Meters. Their drummer Joseph ‘Zig’ Zigaboo Modeliste introduced himself to me and offered to sit in one night at the OAH.  I challenged his ability to play a blues shuffle as I had never heard them play this style of music. Zig reminded me that a good musician must learn and be able to play in many styles and form, and with my band he played a shuffle as well as anyone I had heard.

The Blue Room Club in NOLA had music until midnight. Afterward, musicians and movie stars would come and play or listen with me at the OAH for late night music. Jimmy Page, Gregg Allman and Clint Eastwood were just a few regulars who would come hear me play in the wee hours of the morning.

The Blues encompasses ALL people in the world, no bias as to race, creed or wealth. The blues brings people together, the feeling, the beat, the message, moves the soul.

I would go to Chicago in 1951 and see/hear Muddy play at the Chess Records Studio.

It’s a state of mind. And there are still a few real blues players alive and well today: Buddy Guy. And me. 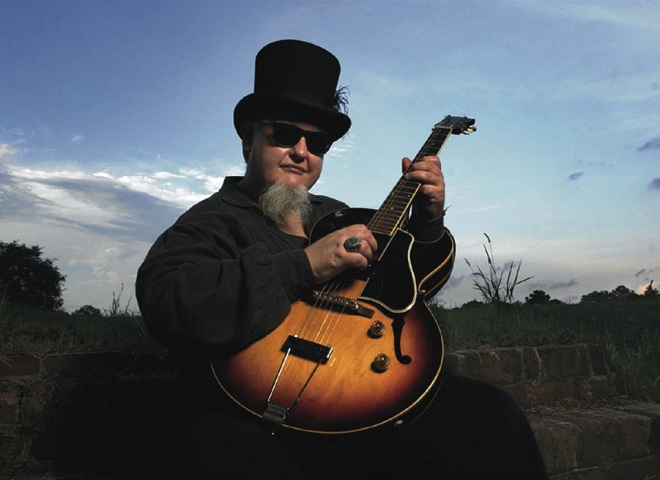