"Music from the past stopped too sudden. Keeping it alive."

The New Orleans-based Blues, R&B and Funk Band Fo’Reel was born out of a studio project that Mark Domizio created. HEAVY WATER, performed by Fo’Reel, includes an incredible performance by C.P. Love, legendary New Orleans soul singer; Johnny Neel, Grammy Award winning keyboardist, best known for his songwriting, stage, and session work for the Allman Brothers, Gov't Mule, and Dickey Betts; Mark Domizio, Band Leader, Executive Producer, lead guitarist and project creator. HEAVY WATER is a high-energy blend of Contemporary Blues that includes a lot of funky grooves that will make you want to move. Every song on the CD is a joy to hear, the vocals are passionate, the guitar playing is deep and full of emotion and the keyboard and horns are a driving force to the overall distinctive style and sound. 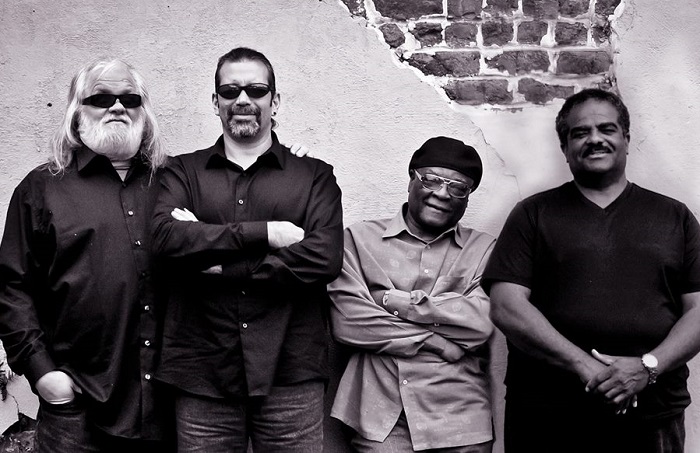 Anyone who enjoys strong-driven, energy-filled music will love this CD. It not only hits the listener with a variety of interesting styles like Swing and Latin-Tinged Rumba, it embraces New Orleans Blues, R&B and Funk. HEAVY WATER also features Jon Smith, multi-Grammy award winning tenor saxophonist; Rick Lawson, singer song writer; Daryl Burgess, drums; David Hyde, bassist and co-producer; Ward Smith, baritone sax; and Barney Floyd, trumpet. Although C.P. Love did not perform all the songs recorded on the CD he is the singer in the touring band.  Additionally, the touring band features David Barard, bass guitarist, who joined the band after the project was completed.  David played and records with Dr. John for 40 years and also recorded with The Neville Brothers. Fo’Reel is C.P. Love, Mark Domizio, David Barard and Johnny Neel. C.P. Love and Mark Domizio talks about the project and theNew Orleans music scene.

Mark: It’s an outlet of emotion for me.

How started the thought of Heavy Water? How do you describe the sound and philosophy of project?

Mark: It was originally a solo project.  The music reflects how I’ve been influenced over the years and I gave creative freedom to the world class musicians that I was lucky enough to work with.

How do you describe C.P. Love sound and songbook? What characterize your music philosophy? 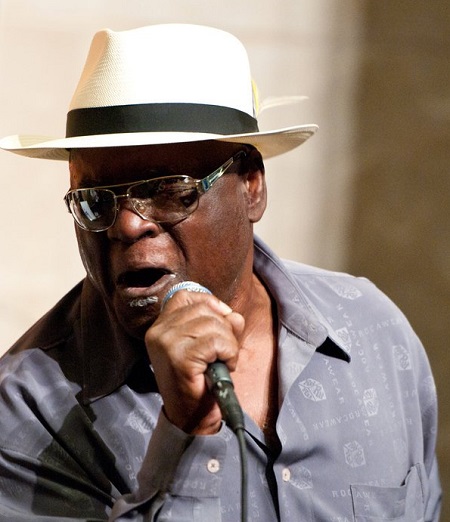 Mark: It has to do with the groove and the soul of the musicians who perform.

C.P.: Listening to those who impress me and staying in control.

Are there any memories from Earl King and Heavy Water studio sessions which you’d like to share with us?

C.P.: It would take a book for Earl and Heavy Water is another story.

Mark: Working in Nashville at Johnny’s studio with Daryl Burgess and Johnny with Dennis engineering was a great experience.  Recording at David Farrell’s studio in New Orleans gave me the opportunity to work with a 4 time Grammy Winning engineer.  David produced all my guitar on the CD, which was important because he worked with Gate Mouth Brown among other artist who have influenced me.  Also, recording at David’s with C.P. Love was an experience we’ll never forget.

C.P.: Music from the past stopped too sudden.  Keeping it alive.

Mark: Soul.  I hope we can work together and have a good time.

C.P.: To have all types of music strongly appreciated.

Mark: Only musicians can benefit from songs. 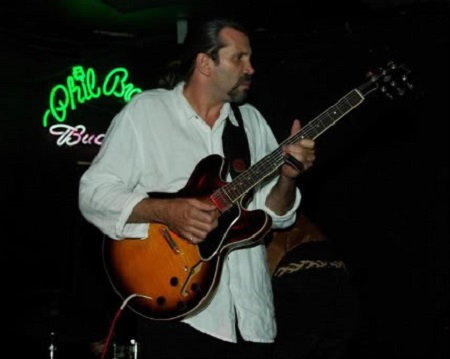 "The Blues is an outlet of emotion for me."

What are the lines that connect the legacy of Blues with Soul and continue to Jazz and R&B and Reggae music?