"The feeling of the blues has changed as the times have changed; this is music that was designed to meet the needs of the people. As their needs have changed, so has the blues."

Dave Mackenzie is two-time recipient of the Music City Blues Society's Acoustic Blues Act of the Year award, Dave regularly participates in their Blues in the Schools program and conducts demonstrations/lectures at the Country Music Hall of Fame on the history of metal-bodied dobros and early roots recordings.

Dave MacKenzie was born in St. Louis and went to school in Iowa, Colorado, Germany & Mississippi before graduating high school back in St. Louis. Inspired both by Elvis and the folk boom of the 50's, he got his first guitar at age 10, first heard the blues (a Lightnin' Hopkins record from the local public library) at age 11, and played his first professional gig at age 13 at an NCO club in Germany. Dave moved to Chicago in 1972 and began working in local clubs, eventually ending up in larger concert venues as the warm up act for Muddy Waters, B.B. King, John Lee Hooker and dozens of other blues and rock 'n roll headliners. In addition to his songwriting activities in L.A. (his tunes were cut by Soul, David Bromberg, gospel greats Edwin & Tremaine Hawkins and the rock band Jackal).

Dave moved to Nashville in '89, where he immediately began getting work in clubs and as a session player with various artists. After starting his own label, Hey Baby! Records, in '93, Dave put out 2 CDs: Rats in my Bedroom and All New Slender Man Blues. Continuing his work as a songwriter, Dave's tunes have been recorded by James Armstrong, Microwave Dave, Maria Muldaur, Johnny Jones and dozens of local and regional blues bands.

Like all great art, the blues reminds us of our connection to each other. Personally, its meaning keeps changing as I get older.

I’m not sure I qualify yet as a “good” bluesman, that’s for other people to decide. I’ve been writing songs since I was 5 or 6 years old, it just came to me naturally. 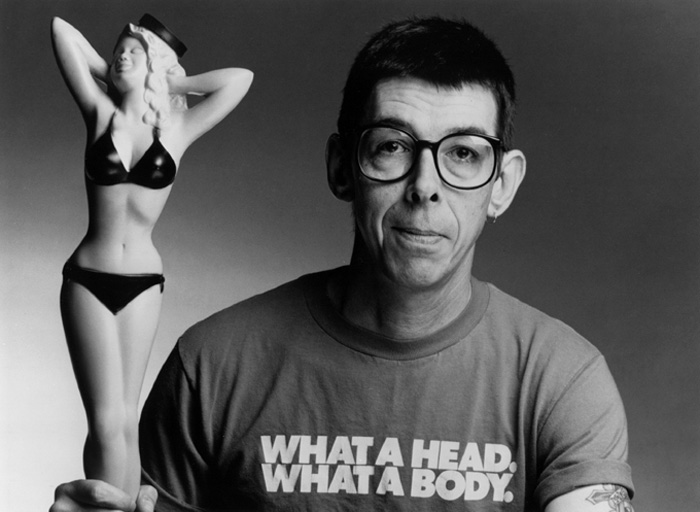 "Blues is still around because it’s easy enough for just about anybody to learn and complex enough to keep everybody interested. It will outlast all of us."

Inspiration comes from trying my best to pay attention to life. I’ve learned most of my craft from other songwriters, everybody from Cole Porter to Sleepy John Estes. Nobody progresses by playing only their own songs.

How do you describe Dave MacKenzie sound and progress, what characterize your music philosophy?

My “sound” is a big mash-up of all the guitar players I admire. As for philosophy, my goal has been to add new songs into the history of the blues, so it doesn’t become like Latin, a dead language.

There are no secrets about the blues, just do your best, be yourself and hope that people like it. The best advice (which I got from lots of these guys) was to keep practicing and try to get in bands with people better than yourself.

There have been too many great moments to pick out just one as the best; the worst was when my left hand stopped working onstage at Henry Townsend’s birthday party in St. Louis, after which I was diagnosed with cancer. It was the beginning of a hard time for me, which I’m happy, is now over. 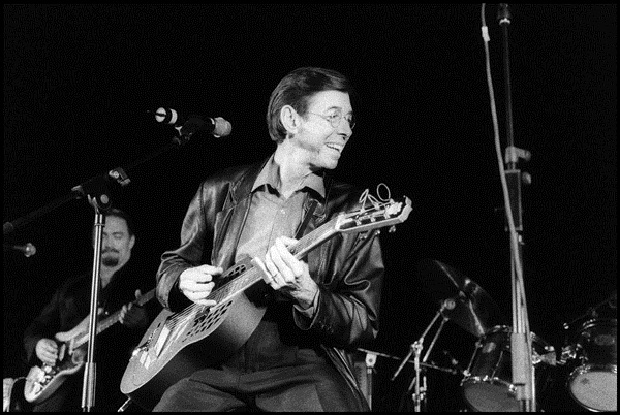 "Metal bodied guitars have the coolest sound and, in the right hands, can be LOUDER THAN GOD." Photo by Martina Stanek

Which memory from your studies with them great bluesmen makes you smile?

My favorite memory of the Memphis bluesmen is seeing Furry Lewis in his house, with one lady bringing in his laundry, another putting a hot meal in the stove, and a third talking on the telephone to someone downtown about getting Furry more money for his retirement pension.

What's been their experience from Bukka White, Furry Lewis and Sleepy John Estes?

My experience of Bukka, Furry and Sleepy John was that they were strangely flattered that we were interested in their music. I didn’t understand at the time, but now I do.

What is the “feeling” you miss most nowadays from the Blues music of past?

The feeling of the blues has changed as the times have changed; this is music that was designed to meet the needs of the people. As their needs have changed, so has the blues. I would never want to bring back the bad old days of Jim Crow, just so the blues singers could be more “authentic”.

Are there any memories from Muddy Waters, B.B. King, and John Lee Hooker which you’d like to share with us?

I remember John Lee singing an unaccompanied version of “I Cover the Waterfront” backstage to me and my girlfriend, I learned to pour champagne on top of cognac from Muddy Waters (which I still do every New Year’s Eve in his memory). B.B. King sent for me between shows and, though he was very sick with flu and should have been resting, took the time to thank me for being on the show. It was one of the kindest and most gracious things I’ve ever experienced. "Don’t worry too much about the misappropriation or misuse of the blues; the phonies show their own asses soon enough."

Are there any memories from Hank Ballard & the Midnighters?

I played with Hank Ballard in the early to mid 80’s and was amazed to find that he was still doing his early 50’s hits in the original keys after thirty years.

I have 2 favorite jams; playing with Paul Rischell, Annie Raines and David Evans at the dedication of the Sleepy John Estes Memorial in Brownsville Tennessee and jamming with Henry Townsend and one of my best friends, Ron Edwards, in St. Louis the year before I got ill.

Muddy Waters was the most important role model/inspiration for me; he grew up even poorer than me and made a very nice life for himself.

Do you know why the metal-bodied guitar and slide is connected to the Blues? What are the secrets of? 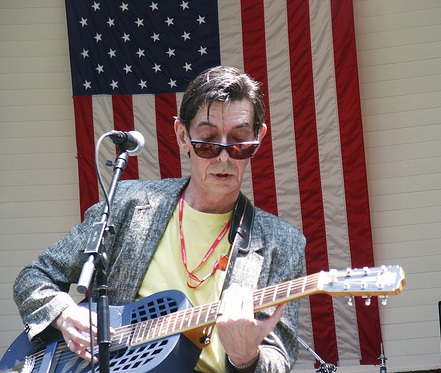 I think people associate metal bodied guitars with the blues because they see these guitars in so many photos of bluesmen. Also they have the coolest sound and, in the right hands, can be LOUDER THAN GOD.

Blues is still around because it’s easy enough for just about anybody to learn and complex enough to keep everybody interested. It will outlast all of us.

There is plenty of real blues around; of course, it’s different than the old guys, but like I said before, that’s because times have changed. The blues have changed with the times. Adapt or die, that’s nature’s rule.

Don’t worry too much about the misappropriation or misuse of the blues; the phonies show their own asses soon enough.

My advice would be to only pursue it as a career because you feel like your life would be miserable if you didn’t. Also, there’s not much money in it, so be sure to have fun along the way. 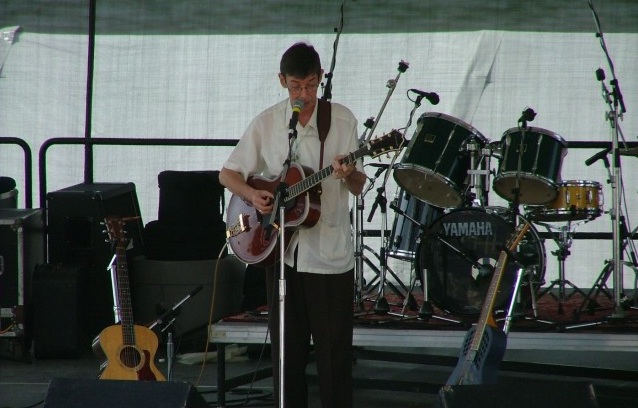