"I hope the economic troubles on the planet put the musicians in a more creative way, as it happened during the great depression in the late 20’s in America."

Pepper and the Jellies are fronted by Ilenia Appicciafuoco who specialises in singing early jazz and blues, with a range of influences from Fats Waller to Annette Hanshaw. Italians band born in 2013, headed by the jazz vocalist Ilenia Appicciafuoco. They aim to recreate the atmosphere of the 10’s, 20's 30's and 40's jazz era and to evoke voices and tunes of the great jazz and blues divas like Bessie Smith, Ruth Etting, Ma Raney, Victoria Spivey, Sophie Tucker, Annette Hanshaw and Peggy Lee, among others. This research takes even place and reason by the musical instruments employed, like washboard and kazoo, that Ilenia plays during the gigs. 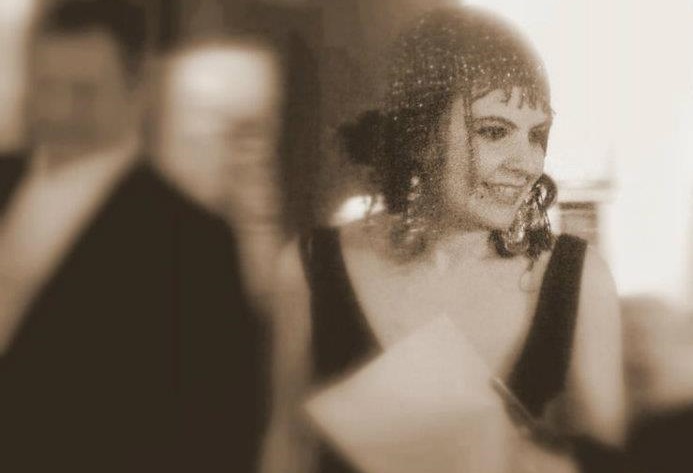 In 2010 she met the piano player Paolo Fornara and the guitarist Floriano Andolfo and together they founded the Vaudeville Stomp Revue and recorded the album Low Down Mama. In 2012 she published a greatest hits album called Ilenia Appicciafuoco and the Sticky Bones Live at The Cotton Club. In 2013, she founded The Pepper and the Jellies with Marco Galiffa (guitar) Emiliano Macrini (double bass) and Andrea Galiffa (snare and woodblocks). Their performances have always been appreciated by any kind of public, in Italy - where they won the Julia Jazz... e non solo contest in 2014 - and abroad, seen as they performed in UK and mostly in Bristol, in the famous Old Duke. They also took part to Birmingham International Jazz and Blues Festival with seven gigs in 4 days, as one of the main band of the event.

How do you describe Pepper and The Jellies sound and songbook? What characterize band’s philosophy?

Our sound is a mix of various styles of diverse ages. Every piece of this band has his own way of performing and playing. About me, I really love singers like Victoria Spivey, Clara (and of course Bessie) Smith, Lucille Bogan, Annette Hanshaw, and Ethel Waters. We try to make our own sound and mix it with the one of 20’s 30’s and 40’s. About philosophy… too many musicians knows only contemporary jazz music. The roots of American music are ancient, and we would like to share the deep origin and its own ancestors, who make this music so popular thru the decades. I mean ... we would try! Sharing some good music with the audience, it’s a beautiful experience, not only a goal but a privilege for us. We would like to create a magical empathy with the people, even if they’re never listen this music.

Last summer we were performing in a small village of our country, named Ripattoni. When I introduced the last song I said “Ladies and Gentleman, thank you very much, now we are going to say goodbye with a great song called After You’ve gone” and a man shouted “No!!! I’m going to stay here, I’m going to stay here!!”. It was a funny moment, but my favorites are when children start to dance this music. It happens very frequently. 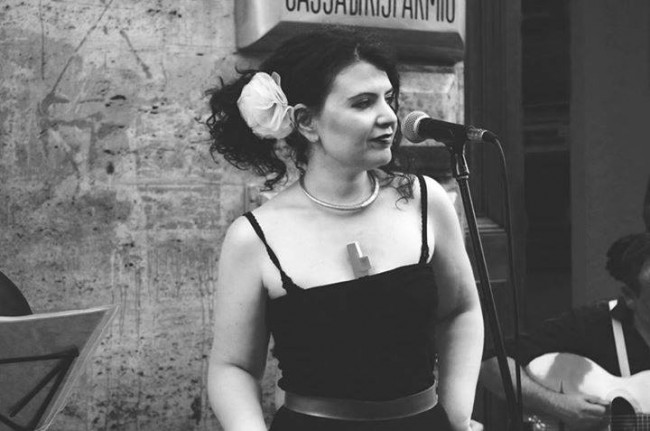 "Nowadays, female jazz singers have to be afraid of their female colleagues, less of men."

I listen almost every kind of music, but I think American music of the 20’s and 30’s (and even the Italian one till late 1960 circa) was very very honest. I think it’s the right word. Lyrics went straight to the point, they talked about daily life stuff, in the good and bad way with no censorship. The real life, naked and row. Just pure sounds, thought and ideas from life experiences, mind and soul. And also the music from the past was characterized by different dynamics, and not strictly connected to the business we’re having now. I hope the economic troubles on the planet put the musicians in a more creative way, as it happened during the great depression in the late 20’s in America.

I’d change the concept that many people (in my country most of all) have about musicians. There’s a scene of the movie Profondo Rosso by the Italian director Dario Argento, in which there is a guy who asks to the main character: “What’s your job?”, and he answers “I’m a pianist”, and the other “Yes…so… just that kind of job?”. Many people don’t consider music as a real job and that’s why many musicians are not paid like they deserve…unless you’re not a star.

I don’t wanna say something I could regret. 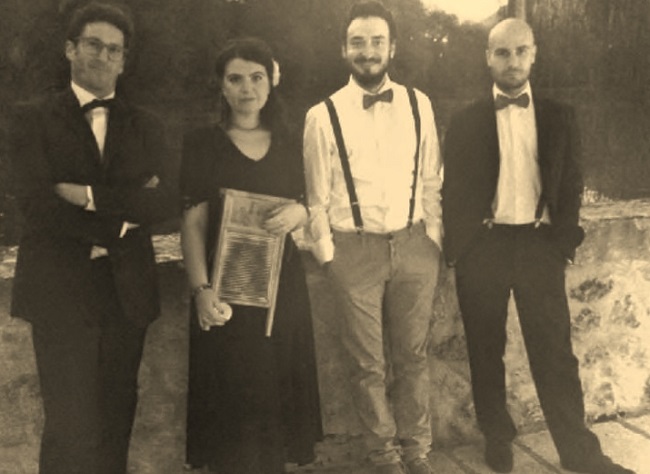 "The roots of American music are ancient, and we would like to share the deep origin and its own ancestors, who make this music so popular thru the decades." (Photo: Pepper and the Jellies)

Make an account of the case of jazz & blues in Italy. Which is the most interesting period in local scene?

In my opinion, in Italy the most interesting is the period from 1930 till 1960. That years where marked by the presence of Gorni Kramer, Lelio Luttazzi, Lino Patruno, the singer Jula De Palma, Fred Buscaglione and many many others. Louis Armstrong was performing here, Duke Ellington…Chet Baker lived here for years. But I think there is something good in every period…and something unimportant.

What are the lines that connect the legacy of Jazz with Blues and continue to Soul/R&B and Gospel music?

Maybe an essay could be more appropriated for answering to this question, but I will try to give you a reply speaking about the singing role. In my opinion blues, gospel, soul and R&B are connected with each others. Jazz’s development in the history had been different. Many people disapprove me when I take out jazz and blues, but that’s what I’m thinking. The singing approach in blues, gospel and soul is very similar because harmonic structures are similar. When you sing a blues you can improvise on the lyrics but… you can’t upset a blues or a gospel song too much. You can do it when you sing and play a jazz song. The two aren’t a different sides of the same coin. But two high value separate coins. Do you know what I mean?

What do you learn about yourself from the jazz & blues and what does the blues mean to you?

Singing the blues made me happier. Isn’t it weird? When I started to sing this music I started to be better with myself, I became more confident. Every note I’m singing, comes from my deepest thoughts. Thanks to this music, and my Jellies, I’m feeling more free… I never being frustrating with this music. They are both fonts of inspiration. Nowadays, female jazz singers have to be afraid of their female colleagues, less of men.

"Lyrics went straight to the point, they talked about daily life stuff, in the good and bad way with no censorship. The real life, naked and row."

The answer is banal… America between 1930 and 1940… but I don’t need a time machine, I need a plane. I’d love to live in New York and New Orleans for a while… it will happen soon!

Pepper and The Jellies - Home