"The Blues seem to me to have lasting power because when it is all said and done they ultimately speak to survival, having fun in spite of conditions, and to the celebration of life."

Greg Nagy: The Blues Around Me

A multi-faceted artist in the most classic sense, his songwriting, singing, and guitar playing beautifully reveal Greg’s personalized blues; music refreshingly and honestly infused with elements of soul, r&b, rock, and gospel. Greg Nagy was born in 1963, in Flint, Michigan, the “Auto City” birthplace of once-mighty General Motors, young guitarist Greg was fortunate to grow up with friends whose older siblings encouraged them to explore soul, rock, funk, jazz, and the Motown Sound originating down Interstate 75 in Detroit. The emotional blues of Muddy Waters and Albert King made a particularly strong mark on the Kearsley High School student who went on to college and military service before, in the early-1990s, working regularly seven nights a week in blues and funk bands. 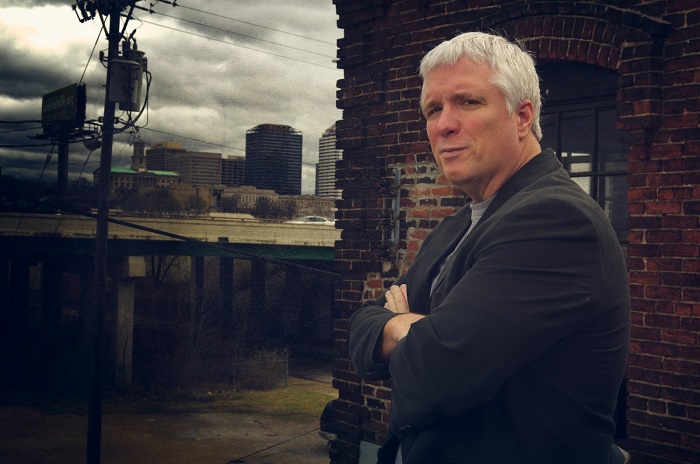 There probably hasn’t been a better blues or soul band than Root Doctor in the Wolverine State, and Greg happily signed on with that long-established group in 2004. He prompted singer Freddie Cunningham and the other three guys to record their debut album, the aptly titled Been a Long Time Coming. Two more discs, Change Our Ways (2007) and Live At The Cadillac Club (2008), followed. All three were critically acclaimed, played frequently on blues radio, and turned out to be favorites of award-show nominating committees. Word about the superior talents of the Root Doctor group spread far beyond the Midwest. Not too long after Cadillac Club appeared and the band performed at the highly regarded Pocono Blues Festival, Greg left the band on good terms for a solo career. Walk That Fine Thin Line marks its auspicious beginning. His third solo album, “Stranded” released in 2014. ~ bio by Frank John Hadley/Photos Greg Nagy Archive/All Rights Reserved

The Blues seem to me to have lasting power because when it is all said and done they ultimately speak to survival, having fun in spite of conditions, and to the celebration of life. Sharing both the joy and pain of living as each and any of us make experience it. I've been in love with the genre since the early 80's and have tried to honorable channel those things about which I could be most honest.

The songs on Stranded were inspired by the dissolution of a 24 year marriage. The idea that you don’t get over such heavy loss as much as you simply get thought it, is something quite universal and timeless for me.

How do you describe Greg Nagy sound and what characterize your music philosophy? 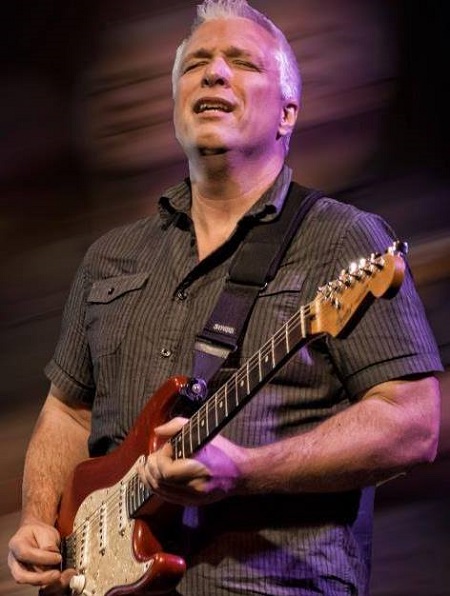 I try to be me as I am inspired by everything around me.

"I miss the honestly of yesteryear. For music to be honest it has to also reflect some crucial human elements of real life."

Has your music changed greatly over the years or have your themes and techniques remained basically the same?

My music has run a circuitous route much like my own personal life. I’ve been open to the world around me and to the influences of my musical peers. It’s easy to keep things fresh if you just remain open I think. And yet, I also have this undying love of traditional blues and its realness, its honesty, and its essential message. I try to let the roads intermingle as much as possible.

Meeting and talking with Albert King was amazing. Albert's bass player James Cloyd (also with Otis Rush) once told me "you've got something special... keep being you and don't f*&k it up".

Joe Louis Walker told me on the phone one day "I love your sound... don't give up..." I hang on to these and other similar comments because the business of music can be so brutal and many times I've thought about quitting.

Playing BB King for the Blues Hall Of Fame a couple years ago was amazing. I was asked to perform a song for inductee Henry Ragtime Texas Thomas. Making this new record was a very cathartic moment for me too as I just ended a 24 year marriage and the album theme reflects surviving the loss of relationships.

I miss the honestly of yesteryear. For music to be honest it has to also reflect some crucial human elements of real life. Mimicry can be art and some can be quite amazingly good at it. But I am just best at being me.

Also, I hate to say it... but vocals, melody, and songs have occasionally taken a back seat to other things in some modern music. But this might just be me being an older guy. lol 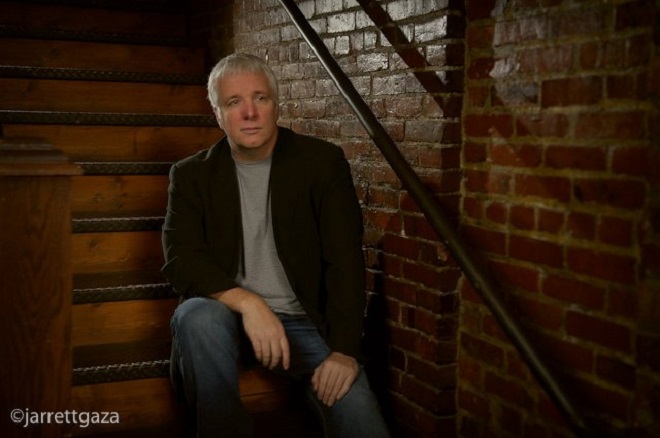 "Feeling without over thinking. Loving without condition. Struggling together. And just being."

Basic melody is the essential circuitry. How circuitous one chooses to become is a personal aesthetic but the basic feeling of blues, when present in any form, can connect to deeply.

Cutting the title track was one of those circuitous moments… My friend Jeff Paris, who toured, wrote, and recorded with Keb Mo, Bill Withers, Rod Steward, etc… sent me a tune just when I was in the thick of recording and just after I moved out of my house. It was a real tough time for me. We had the whole record ready to go but I was in a bad place emotionally and very unsure about everything in my life. I received his demo via email, burned it to disc, and then jump in the van to drive an hour to the studio in Lansing MI. I sang and learned the lyrics during the entire drive. At first I wasn’t sure if the song would work for me… but the more I sang it the more cathartic it felt. And as the catharsis came in and a bit of the weight of things started to lift, I became more confident that I could make the album. When I entered the studio the musicians were ready for other tunes. I told them that I wanted to give this “new” song a go. They weren’t sure.  But then I sang it… and we all started stepping up to it. The tunes all seemed to fit. About three hours later Jeff Paris was anxiously checking in to see if I liked the song. When I told him we already tracked it he about fell out. He said in all his years writing for Polydor/A&M no one got back to him that quickly let alone tracked the song. He was tickled.  For these reasons alone “Stranded” had to be the title track. "My music has run a circuitous route much like my own personal life. I’ve been open to the world around me and to the influences of my musical peers."

Make an account of the case of the blues in Auto City circuits. Which is the most interesting period in local scene?

While the present day Flint scene still has formidable talent, the economy isn’t as supportive as it used to be.  Historically this town has seen Little Milton, BB King, Muddy Waters, Dr Ross, etc on a regular basis. Blues also worked its way into the hard driving sounds of Flint bands like Grand Funk and certainly has left its mark. And some of the area Motown acts certainly drew from blues and rhythm and blues. The most interesting period… however, is the one we are in now. It still feels hopeful here in spite of conditions, there’s still a lot of good people here in the fallout, and that to me really is what the blues is all about.

What has made you laugh lately and what touched (emotionally) you from the “Auto City” music circuits?

I was playing a gig. Ambient back ground music. No one appeared to be listening. On the break someone called me aside and said my song "I Won't Give Up" saved their life. That floored me. I was starting to get inside my own head about being background music and then that happened.

Hmmm. One thing? That's tough. There are so many. More truth. 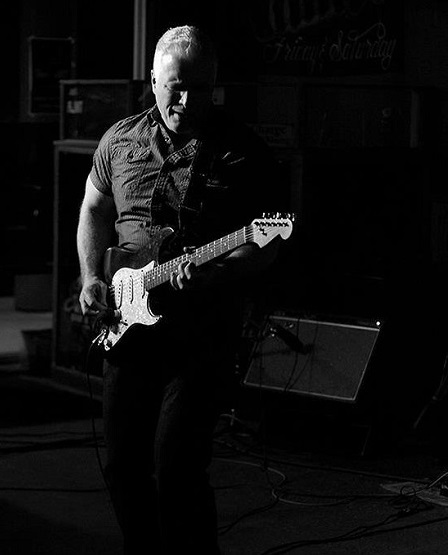 Before that... ancient Greece would be amazing!

"Basic melody is the essential circuitry. How circuitous one chooses to become is a personal aesthetic but the basic feeling of blues, when present in any form, can connect to deeply."

Feeling without over thinking. Loving without condition. Struggling together. And just being.

It has gotten easier to write as I simply have adopted the idea that I am not a blues writer or even a song writer. Rather, I'm telling a story... and btw, blues is in it. Happiness is...this interview. Thank you!