"Blues to me is a good man or woman feeling bad over a romance, money or anything that bears heavily on the mind."

Travis Wammack: From The Heart

There are some names you never forget. Names like Narvel Felts, Felton Jarvis, Elvis...Good Southern names for self-styled boys that made some of rock-n-roll’s great wild records. Such a name and such a man is Travis Wammack. Born in Walnut, Mississippi, he began his professional music career when he wrote and recorded his first record at the tender age of eleven, and also became the youngest member ever voted into the musicians union. After moving to Memphis, Tennesse, the young guitarist made his mark on the music world at the age of sixteen with his 1963 number one hit “Scratchy”. He was the first to develop and use the fuzz tone for an electric guitar. By 1969, Wammack’s skills landed him in Muscle Shoals, Alabama where he teamed with legendary producer Rick Hall at Hall’s FAME Records. Travis’ guitar licks can be heard on hit records that have sold over 'SIXTY MILLION' copies!…songs recorded by artists such as Aretha Franklin, Wilson Pickett, Little Richard, Clarence Carter, Bobbie Gentry, Delbert McClinton, Liza Minnelli, Narvel Felts and many more. 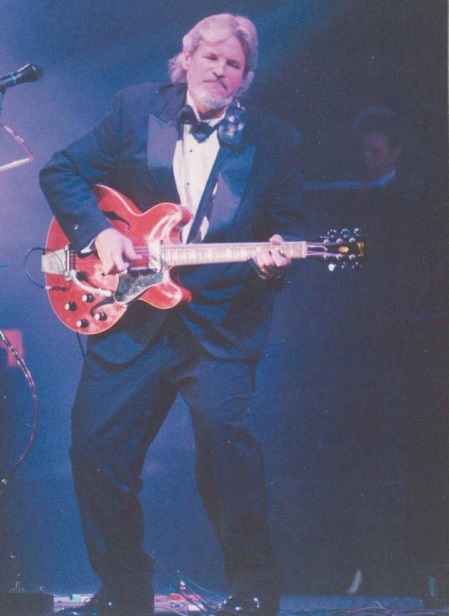 Wammack’s solo artist career (produced by Hall) also sky rocketed with the release of albums in 1971 and 1975. He traveled the world as Little Richard’s band leader from 1984 until 1995. In 1998, Wammack released his live CD "Still Rockin’". It contains a collection of rock and soul classics from the 60's and 70's. In 2000, his “Snake, Rattle & Roll in Muscle Shoals” CD was released.  This release contains a collection of Travis’ best original material and is sure to rock you with a touch of soul. In 2002 released another live CD “Rock-N-Roll Party" which showcases everything from his soul vocals on ‘Dreams To Remember’, his dazzling guitarwork and voice-box on ‘Rocky Mountain Way’, to the swampy slide work on his original ‘Rock-N-Roll Shoes’. In 2008 released the CD "Memphis + Muscle Shoals = Travis Wammack" which includes more of his original rock-n-soul tunes, including a medley of "Scratchy" & "Firefly". In 2008 he also released his first gospel CD "Almost Home". In 2009 released his fist country CD "Country In My Soul". In 2010 Travis released "Rock-N-Roll Days", an acoustic show of oldies but goodies and in 2011 released "Rock-N-Roll Days Vol. II". Travis now works with Muscle Shoals Music Marketing, and has added “Producer” to his already impressive resume. He is a member of the ‘Memphis Music Hall of Fame’, and in 1999 received the Professional Musician Award from the Alabama Music Hall of Fame. In 2005 he was inducted into The Southern Legends Entertainment And Performing Arts Hall Of Fame. In May 2006, Gibson Guitars presented Travis with a Gibson ES-335 guitar as part of their documentary honoring legendary Gibson ES series players. In 2011 was inducted into the Rockabilly Hall of Fame.

How do you describe Travis Wammack sound and what characterize your music philosophy?

I’m self taught, play from the heart – not the chart.

What have you learned about yourself from the blues and what does the blues mean to you?

Blues to me is a good man or woman feeling bad over a romance, money or anything that bears heavily on the mind.

Why did you think that the Southern Soul & Roll music continues to generate such a devoted following? 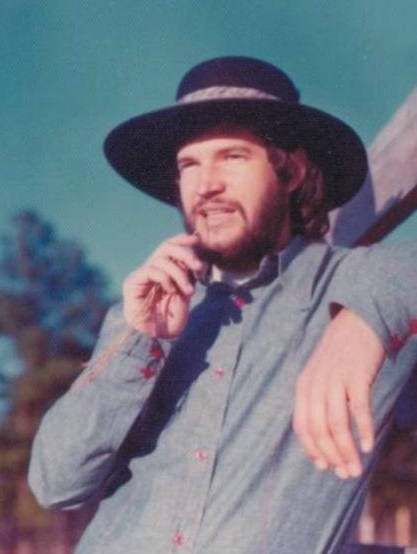 What’s the best jam and gig you ever played in? Which was the best and worst moment of your career?

Best: Legends of Rock and Roll in Rome Italy with Little Richard.

"I’m self taught, play from the heart – not the chart."

Meeting with Gibson Guitar and them doing a documentary on 335 Series and me being in the top ten 335 players. I don’t know who told me this but I tell my wife “you can’t depend on nobody but yourself and the man upstairs”.

Are there any memories from recording time with Rick Hall at Fame which you’d like to share with us?

Playing Bobbie Gentry’s little Martin guitar on the self penned record Fancy. It’s the same guitar she played on Ode to Billie Joe. We recorded Israel Tolbert’s Big Leg Woman that he wrote in 1970 and since then a bunch of blues singers and players have recorded it. My claim to fame – I played on the original record.

The original players and singers that pave the way and as for music we have no control on what the stations play.

Which memories from Little Richard and Wilson Pickett makes you smile?

Little Richard always makes me smile; he is a funny guy and one of the best. Wilson Pickett was a very serious guy. He didn’t like us eating peanuts on his session; he told Rick Hall it was bad luck.

What are the lines that connect the legacy of Blues with Soul and continue to Rock n’ Roll and Southern Rock? The line that connects blues with soul is one word - FEEL.

How has the music changed over the years? Do you believe in the existence of real Rock n’ Roll nowadays?

Depending on what kind of music. The blues is still the same. Real music has not changed. Yes I believe in the existence of real Rock n’ Roll today.

Just happy to be where I’m at.