"The lines that connects Frank Zappa, Jethro Tull, BB King, Jimi Hendrix and many more is the raw roots and sincerity in this form of music where a single note can say more than words."

Mexican bass player Carlos Medina Mendoza, lives in Playa del Carmen (Mexico) and performs in La Riviera Maya with his different musical projects: The Harharhar - State of Flux. The album "State of Flux" is a collection of some of them. Venturing into the Heraldic Holy of Holies, among the Banners of Bluesmen, Rockers and even Punks...Absurd, Intolerable, and an Outrage! This is "THE HARHARHAR" Blues & Boogie Band from La Riviera Maya!!         Carlos Medina Mendoza, 2013 / Photo by Vincenzo Guerault/All rights reserved 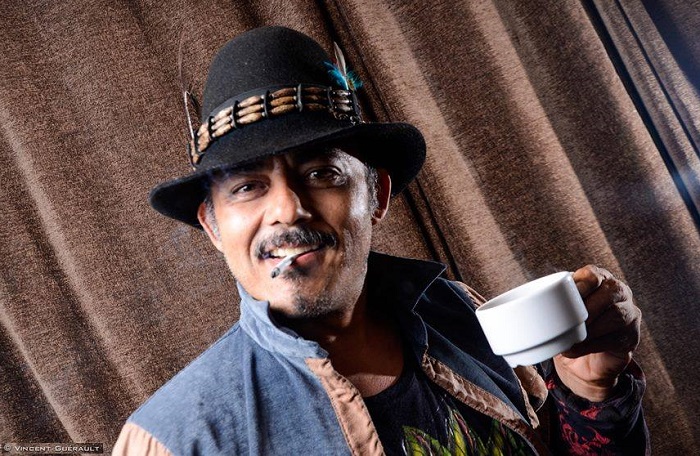 I learn that the human soul got no limits in time and space and the blues is my favorite way to express it.

How do you describe The Harharhar State of Flux sound and songbook? What characterize your philosophy?

My best memories was playing and sharing the stage with Vince Welnick (The Tubes, Grateful Dead) In Akumal Down in La Riviera Maya.

I miss the great riffs and licks. My hopes is to stop the MEDIOCRE DJ'S TECNO-SHIT CULTURE and my fear is that the MEDIOCRE POP MUSIC keeps wearing its ugly head for another 40 years!

I'll change the pitiful budgets the musicians are subjected to and pay them what the politicians earn. 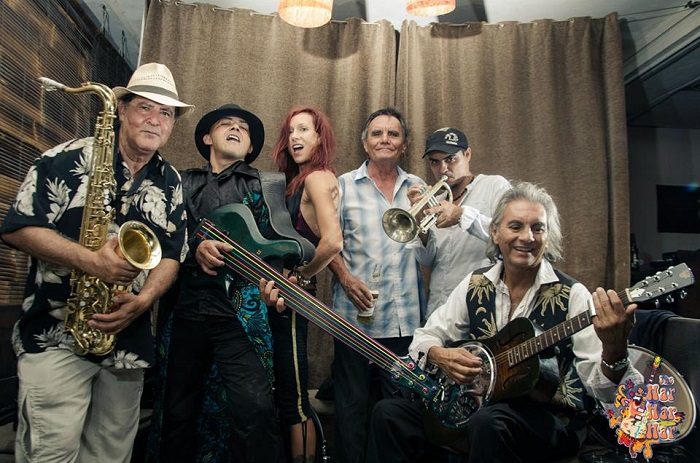 "The impact is the force of music that can get people together better than any political party." (Photo: Carlos Medina Mendoza and The Harharhar State of Flux, Mexico 2014)

Make an account of the case of Blues Rock in Mexico.  What touched (emotionally) you from the local circuits?

The Mexican blues scene always has been so pathetic but I'm touched by the great response from audiences from all over the world.

The similarities are the sincerity from the musicians' souls.

What are the lines that connect the legacy of Blues from Frank Zappa and Jethro Tull to BB King and Jimi Hendrix?

The lines that connects Frank Zappa, Jethro Tull, BB King, Jimi Hendrix and many more is the raw roots and sincerity in this form of music where a single note can say more than words.

The impact is the force of music that can get people together better than any political party.

Way back to Woodstock '69 for 3 days for obvious reasons. 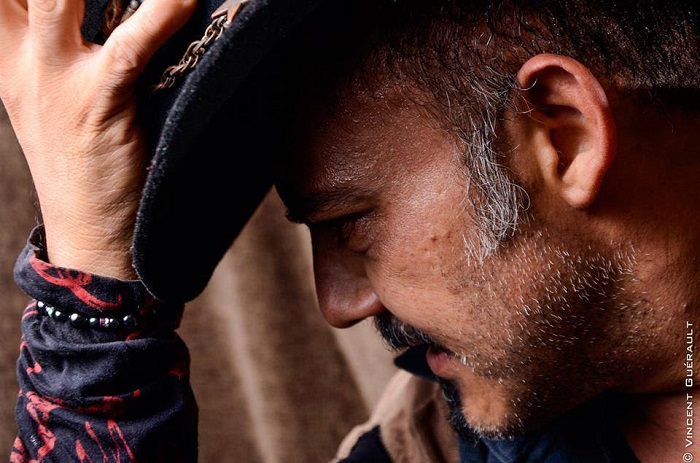