"To me the blues is the foundational music of just about all modern contemporary music today. It’s the original “world” music."

Michael W. Osborn was born in Illinois and grew up in the country on the bank of the Kankakee river, not unlike Huckleberry Finn hiking, hunting and fishing, enjoying the outdoors. His parents and grandparents listened to country music a lot, the kind they nowadays call “blue grass”, He hated it at the time but it would later have a big influence on him musically. When he was 13 his family moved to Woodland CA (near Sacramento), he started taking guitar lessons in school. By the time he was 16 he was performing in local clubs and making money as a lead guitarist in a country rock band regularly. From there he went on to play in rockabilly and metal bands for years and played in church frequently. 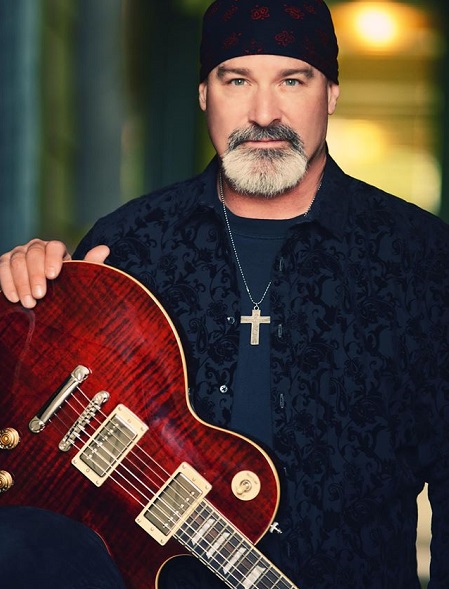 In 1991 he played professionally for a couple years doing blues and classic rock and a few SRV tribute shows. After taking a hiatus from music for a few years to focus on raising his children as a single father, Mike started back up again in October 2006 performing weekly and building up a network of musicians and music and re-establishing his reputation. Mike has already received rave reviews on magazine, television and radio. Always performing with a raw "edge of the envelope" passion and supported by the finest professional musicians, these shows are a definite must see. October 09' marked the release of his first feature album "Fire & Fury" (a term used to describe the energy of his live performances), a 10 track CD that is a unique blend of blues, rock, country and R&B. The original tracks on the album offer a rare glimpse into his personal views and thoughts on life. Mike Osborn has been played on over 270 radio stations worldwide, throughout 12 countries including the USA. His music has been downloaded online tens of thousands of times as of this writing, and he currently holds the #1 in the Blues/Rock category of Reverbnation's charts for the Bay Area. In the second release “The Dog House” (2014) title was chosen due to the fact that the CD was recorded in Alan Mirikitani’s Dawghouse studios in Burbank CA. While the sonic influences of his heroes Buddy Guy, Stevie Ray Vaughan and Gary Moore can clearly be heard, his unique blend of blues, rock and country styling’s definitely create his own signature sound.

To me the blues is the foundational music of just about all modern contemporary music today. It’s the original “world” music. To me it’s such a great art form. In its simplicity it allows complete honesty and release yet there is a complexity in that as well.

How do you describe Mike Osborn sound and songbook? 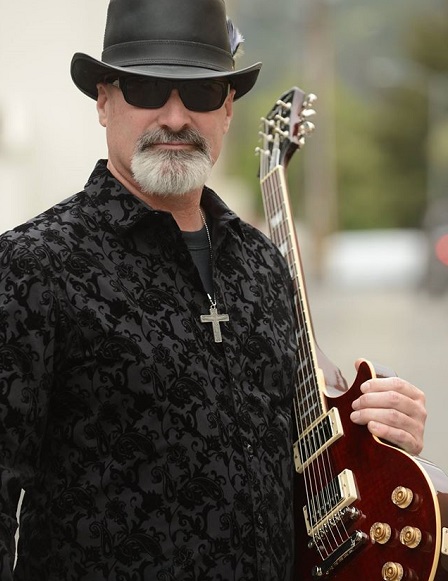 My sound is a blend of blues, rock and country. It is just all the sounds I’ve been exposed to throughout my life coming out all blended together. A blend of styles, conceptually similar to what the original blues artist did I guess but I refer to my own music as blues/rock.

"Bruce (Lee) influenced my approach to playing guitar at least as much as any of my guitar heroes."

Freedom of expression, love and freedom of limits and labels. Just let it flow out of you and don’t worry about what style it will be referred to as.

Meeting JC Smith, who produced my first album and continues to be a great friend with great advice. And meeting Alan Mirikitani, who produced my latest album “In the Dog House” and has really helped me take my skills to another level.

Also getting to meet the other Mike Osborn (John Lee Hooker band), there’s sometimes confusion of which is which. I finally got a chance to meet him and he was such a cool, genuine, nice person. Of course we all know he’s an amazing musician but I was so happy to find he was also an amazing person.

Bruce influenced my approach to playing guitar at least as much as any of my guitar heroes.

Wow, just tons and tons, too many to go into here I think. 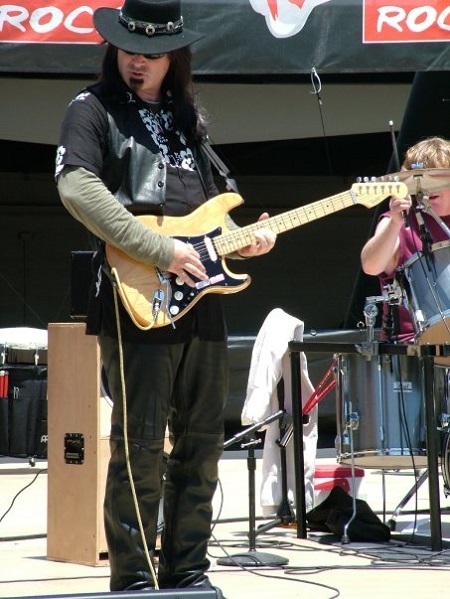 IDK, I’m kind of an odd bird maybe. The way I classify music, I’m kind of a purist but as an artist im not a purist at all. For me it’s all about stretching the envelope. Without the original art form of the Blues we cant have blues/rock and the other offshoots of today but the thing that really rings my bell is when I hear something, either from myself or other musicians, that I didn’t expect. You know? When I go, wow I didn’t see that coming, that’s the ultimate to me. And, of course, that pretty much doesn’t happen with “blues of the past”.

I have neither hopes nor fears for the future of blues. Its survival is assured so there is no fear of it dying from me. It is also assured that it will continue to spawn more offshoots that will be interesting to see develop.

Well suffering a severe back injury about 8 years ago that sort of forced me back into music has got to be the watershed event of this leg of my journey.

That everyone in the industry would truly care about the music and each other. There is a lot of false fronts and negativity that we musicians encounter as we move up the ladder that, in my opinion, is completely unnecessary and counterproductive. For me music and the arts are all about love not ego or selfishness.

What are the lines that connect the legacy of Blues with Soul/R&B and continue to Country and Rock?

Well, as I mentioned before, Blues is the predecessor to all of those. We would not have any of those styles, at least as we know them today, if it weren’t for the Blues. 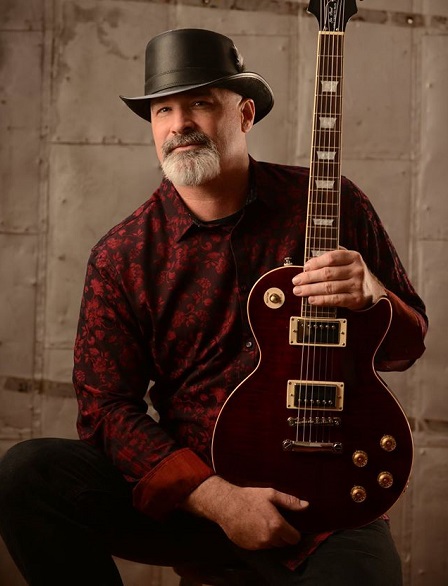 "Freedom of expression, love and freedom of limits and labels. Just let it flow out of you and don’t worry about what style it will be referred to as."

I don’t think I have any comment on that one, sorry.

Why did you think that the Steve Ray Vaughan music continues to generate such a devoted following?

Well he was awesome for starters. But if you look at what he was doing, blending Blues, Rock and Country. He always did everything 110%, poured passion and truth into every note he played. That’s real and people pick up on that.

Hmmmm that’s one I might have a hard time picking. I’m a huge history buff so there’s tons of places and times that I would love to go and see first hand. Musically speaking it might be real interesting to go back to the 60s music scene when it was really poppin’ and experience all that originality and creativity at that time.