Interview with "Mississippi Queen of Blues" Sheba, the people can see a living miracle in her voice

"My hope is that one day the blues will be taught in schools not just during black history month but all year long."

Sheba : The Mississippi Queen of Blues

Sheba was born Martha Booker with twin sister Mary Booker in Sunflower Mississippi. Sheba learned to sing the blues while her sister follows her father's footsteps singing gospel music. Their father Leroy Booker a gospel singer that traveled all over the south selling insurance; he was call the singing insurance man. The cotton fields, and the church, that's where Sheba started singing. She formed the Grove Girls. They would sing in all the fields and on the bus on their way to and from work. Years later her family moved from to Miami. Sheba met musician Freddie Nelson, she teamed up with Freddie and together they moved to New York. Freddie and Sheba forming a group called The Swingers. Freddie and Sheba did their first recording joined by one of New York big bands. 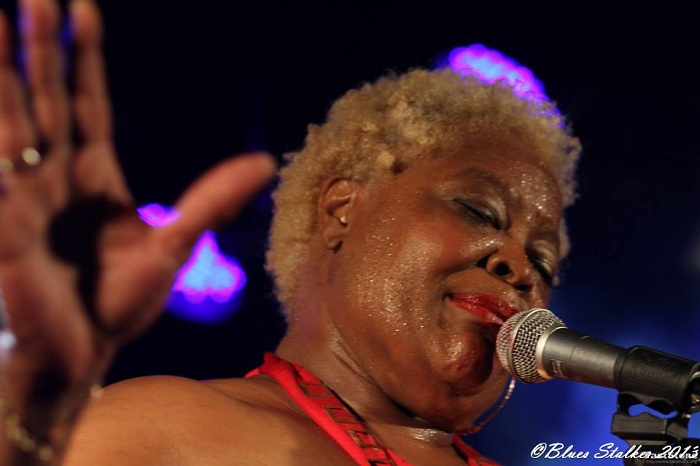 After fifteen years of abuses treatment from Freddie both mental and physical, with pain in her heart Sheba had to move on. Sheba returned to Miami and teamed up with Yosiah Israel who was a keyboard player, he immediately fell in love with her voice and together they produced numerous original songs. Yosiah convince Sheba about the blues, little did he know that he was taking her right back to her Mississippi roots.

Sheba found great enjoyment listen to BB King, Koko Taylor, Jimmie Reed, Etta James, and all the great delta singers (including Elvis) Sheba started singing with Wild Rob Moore Blues Band, singing at a club called the Poor House, the owner Bob wanted her to sing at the Ft. Lauderdale Blues Fest, this is where Sheba met Ken Minahan he liked her voice and took over putting a band behind her called The Rhythm Kings and produced the Miss Good -n-Plenty CD.

After the breakup with The Rhythm Kings she tried other bands, True Blue Band, where she pickup some new songs that on her new CD.  Sheba has taken control of her life, and music and doing her own things, she is in charge, and it showed in her new CD, Butter on My Rolls.

How do you describe Sheba sound and progress, what characterize your music philosophy?

My sound is a mixture of Blues, Jazz, R&B and, Soul. It came from the love of some great people, like Billie Holiday, BB King, Etta James, Jimmie Reed, and Koko Taylor.

My music is characterized by the way I feel about life; the happy times, good times, bad times. 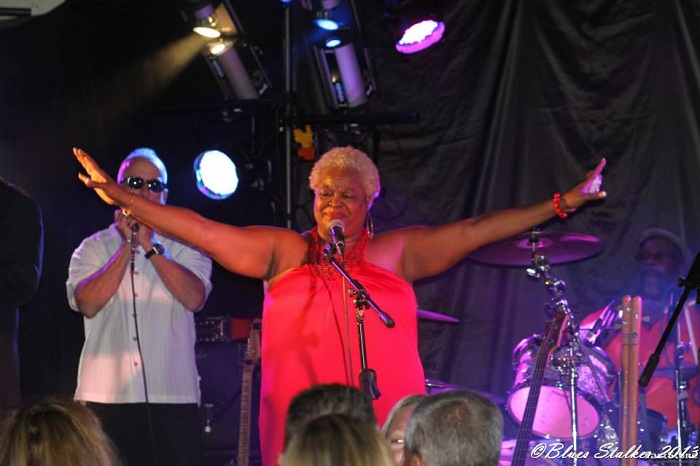 "What I miss from the past is that old down home feeling in the blues, the real deal blues. Singing all day in the fields and sometimes late in the evening after work. I do not miss the hard word just the feeling of the blues."

The most interesting period in my life is now. I am at a point in my life where wisdom and my spiritual growth are more important to me. The best time in my career was when I was working with Yosiah. He was one of the best piano players who could play all the songs that I liked and arranged them for me. At that time I was doing a lot of Billie Holiday songs along with some Whitney Houston, and even Patsy Cline.  I got to work in some very nice supper clubs like “Top of The Home” in Hollywood, Florida and “Vinnie’s” in Fort Lauderdale.

The worst moment of my career was when I was part of a group called “The Swingers”, which featured a musician named Freddie and myself. This man was very abusive to me both mentally and physically. When I first watched the movie, “What’s Love Got To Do With It”, about Tina Turner, I could not watch the whole thing. My life with “The Swingers” was a lot like that but only worse.

The blues continues to generate a great following because a great number of white young people are supporting it. That is what’s keeping the blues alive. A lot of black kids could care less about the blues because they are not being introduced to the blues. "I would be to spend the day with the forces that created the universe because all the natural things of this world and the universe are so amazing."

One of the best jams was when I played in was in Jacksonville, Florida at the “Swinging in the Blues” concert, as Sheba and The Rhythm Kings. The after party was the best with Walter Trout, Kenny Neal, just to name a few.  Most of the bands that were in the concert came to the after jam. The one I remember the most was when I was on the stage with Kenny Neal and shared the same stage with Captain Mo. That was so nice meeting both of them, expect when Kenny Neal called me up on stage to sing with him.

While I was working with “The Swingers” in the late 70s and early 80’s, I got to meet some great people like Carmen McCrae, Flip Wilson, and Arthur Prysock. The best advice ever given to me is when I was working with Yosiah in South Florida.  When I came off stage, a man came to me and said that I must keep on singing so that people can see the gift of God in me. Another memorable experience is when a person gave me two hundred dollars to sing “Good Morning Heartache”.

Are there any memories from your childhood times in cotton fields which you’d like to share with us?

I remember how poor our family was. When we would go out into the fields, our lunch was packed in a can. Our mom would give it to us on a jar top or a leaf, whatever she could find to hold the food. Sometimes, it was just our hands. The work was very hard and working in that hot sun all day was hell. Back when I was a child if you could pick the cotton out of the bow and put it in the sack you went to work. "The blues continues to generate a great following because a great number of white young people are supporting it. That is what’s keeping the blues alive. A lot of black kids could care less about the blues because they are not being introduced to the blues."

People are find out that women have a lot to say about the blues, I do not think there is a man alive that have been through as much blues as we women have. There are a lot of women stepping out in the blues field all over and more are coming. This to me is no longer a man world in the blues. It’s a feeling and we all have the blues and it’s time for us women to shout out about it.

From the musical point of view what are the differences between Mississippi, Florida and the other local scenes?

Florida is not the place for the blues; South Florida is more Latin and Reggae, with very little Blues. The farther you move away from Florida, the better the Blues market. It’s hard to find a good blues radio station in Florida. There are some stations in Florida that play blues a few times or week. Mississippi is the home of the blues.

What I miss from the past is that old down home feeling in the blues, the real deal blues. Singing all day in the fields and sometimes late in the evening after work. I do not miss the hard word just the feeling of the blues. My hope and fears for the future of music. My hope is that one day the blues will be taught in schools not just during black history month but all year long. The Blues are part of American history, especially for black children who need to know this music form. It’s America’s first music. I fear it’s going to be a long time before this happens. "There are a lot of women stepping out in the blues field all over and more are coming. This to me is no longer a man world in the blues. It’s a feeling and we all have the blues and it’s time for us women to shout out about it."     (Photo: Sheba with Dr. Maya Angelou)

When slavery took Africans from their land, they were separated from the rich musical and oral traditions native to each country and region. While working as slaves, Africans found they had two places where they could use these musical traditions freely: the fields where they labored and the churches where they prayed. The field hollers, spirituals, and work songs they invented were designed to lighten the load of the task. They were also a means of telling stories, passing along news, plotting escapes, and releasing frustrations. The early blues carried on the tradition of voicing black aspirations and experiences. This lesson explores both the African American oral tradition and the relationship of this tradition to the blues. Check it: www.pbs.org/theblues/classroom/deftradition.html

There are still some people playing the real blues. There are a lot of changes in it. When I sing the blues, some of my songs are just down home blues and others add a little extra funk. I will all ways keep my style of blues real because it is a part of me.

If this is about the blues I would like to go back and spend the day with Old Mr. John who would play his bottle neck guitar after we worked hard in the fields all day. I would like to sit it his feet so he could tell me the story of his life.

If this is about life my wish would be to spend the day with the forces that created the universe because all the natural things of this world and the universe are so amazing. 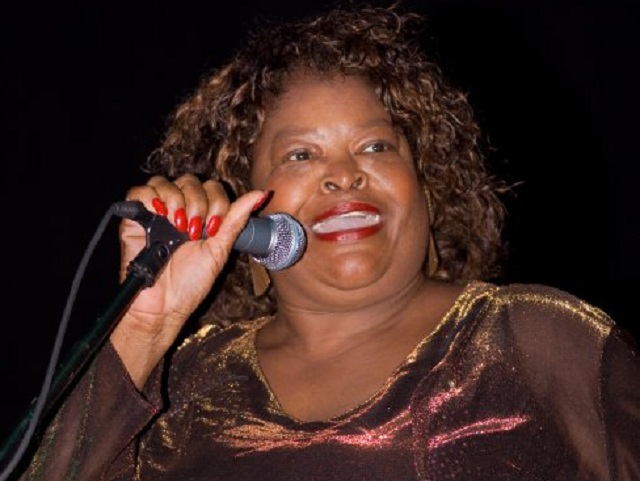