"The blues is about giving voice to emotions through music and connecting with others."

Musician, Author, and painter Ilana Katz Katz casts a wide net of creative endeavors. Ilana’s music mainstay is blues and old-time Southern fiddle, but her versatility as an improvisational musician often leads her to play all kinds of music. She loves performing in Boston’s subways, but she often sits in with blues musicians all over Boston and Rhode Island. Ilana has shared the stage – and recorded – with blues great Ronnie Earl, soulful vocalist Diane Blue, and bassist Jesse Williams, amongst others. Ilana’s debut CD, “I’ve Got Something to Tell You” is available on her website. Ilana originally studied classical violin, but never really connected with the notes on the page. When she discovered improvisational music, she was hooked. Ilana loves all kinds of music, but particularly enjoys playing old-time blues and fiddle. By far, street performing is Ilana’s favorite way to share her music. 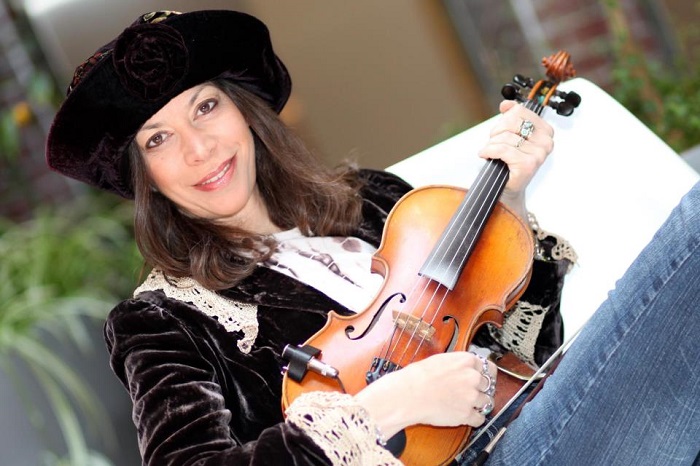 Ilana’s debut novel “The Underground” is a thought-provoking read. The story is set in the backdrop of the futuristic dystopian America run by an iron-fisted Queen. When the Queen’s rebellious daughter, Shayla, falls for a commoner, the Queen refuses to condone the marriage. Shayla’s lover, Nathaniel, is left with unsavory options. The futuristic dystopian romance showcases only one of her writing styles. Ilana has been a featured writer and won awards in fiction, journalism, and the technical communications arena. More novels are on the way. Ilana is also a watercolor artist, known to paint funny cat pictures and landscapes. In addition, she is an avid runner and has completed three marathons. She lives in Boston, MA and Newport, RI with her husband Warren and adorably lazy felines Boris and Speedy-Squeaky.

The blues is about giving voice to emotions through music and connecting with others. When I have my fiddle in my hands, I channel everything I have and find it healing for myself and – in turn – others tell me it is helpful and meaningful to them in various ways. It’s a 'great gift' each time someone says my music has helped them somehow. This is a frequent experience that I am blessed to have when I perform in Boston’s subways, which I do every week.

How do you describe Ilana Katz Katz sound and songbook? What characterize your music philosophy?

The bluesy fiddle sound infiltrates everything I play. I love playing all kind of blues, from country acoustic to electric, but I also play in rock bands and all kinds of things. My roots are in the Appalachian mountain music, and that is certainly part of my sound. I think all of this music is intertwined and I’m an improvisational player, at heart, so I love letting go and playing what I feel. I love playing a lot of different kinds of music, but the blues is my mainstay. My philosophy is to stretch myself musically. I’ve played everything from solo shows, singing a cappella in between playing fiddle to playing in 14 piece rock bands. It’s all good and I welcome new opportunities to perform with new people. 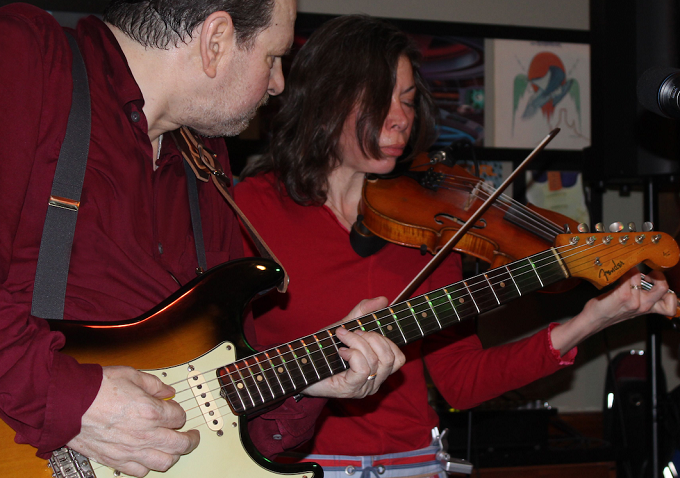 "I would hope that many of the great musicians I know who work hard and put all their love and energy and voices into the world through their music, can make a living." (Photo: Ilana & Ronnie Earl/Photo by Jose Martinez)

I am grateful that so many blues musicians have welcomed me to their stages. A chance meeting with Ronnie Earl at a Big Bill Broonzy tribute show a few years ago was an important one, for sure. He invited me to sit in with him after we spoke for a few minutes and that led to a beautiful friendship and him offering to be on my record. He has a very generous, kind spirit and I will always be grateful for his kindness at a personally dark time. The best advice came from my friend, and extraordinary fiddler Bruce Molsky, who told me to keep doing what I am doing to find my own sound… and I think I am finding it!

There are so many magic moments… from playing in the woods in the middle of the night near the Ashokan reservoir in the dark with fantastic musicians who you’ve never heard of… to standing on stage at B.B. King’s Club in New York with Ronnie Earl, the Broadcasters and the great Bobby Radcliff. I’ve been very blessed… those are just a few.

It would be nice if I could go in a time machine and meet some of the great blues musicians who have influenced me. There are too many to name. I hope that the world gets reconnected with live music a little more and values more artists. I feel that people always enjoy music, but because of the availability of music on the internet – they feel entitled to have music for free. I hope, believe, and trust in the power of music and pray – in my way – that this dynamic will change. 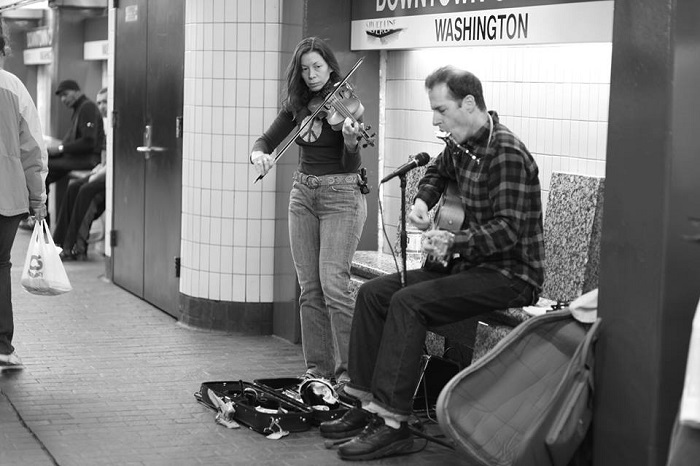 I would hope that many of the great musicians I know who work hard and put all their love and energy and voices into the world through their music, can make a living.

Well, I would tell both Shayla and Nathaniel to keep fighting the good fight. It’s a book about making the world right… equality… and we are still fighting all over the world in so many ways for this. So my favorite part about “The Underground” is that theme. I have always been inspired by the underdogs of the world who have the courage to step forward and do the right thing, even when they are afraid and put themselves at great risk to lose a lot…sometimes risking their lives. We hear about this every day in the news of the real world. That’s what inspired me to write this novel. 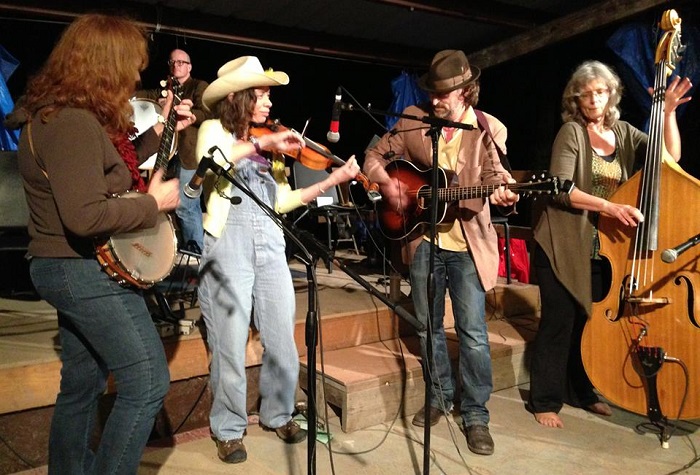 "When I have my fiddle in my hands, I channel everything I have and find it healing for myself and – in turn – others tell me it is helpful and meaningful to them in various ways."

I recently performed for a group of men aged 17-24 – many of whom had been to prison. It’s a special program to help these men get their lives on track and they didn’t know I’d be playing for them as they walked into the building at the end of a workday to check-in. They hadn’t heard fiddle music and it was a pretty intense environment, but I saw toughness give way to smiles and dancing to old-timey fiddle tunes. It was pretty cool to connect with them in that way.

What are the lines that connect the legacy of Blues with Folk and continue to Jazz and Americana music?

That’s an excellent question. I do think they are all related. I listen to all kinds of music and love hearing people like Stuff Smith who has the blues, jazz, and Americana all rolled up. Claude Williams is another one, but really there are so many. I also love listening to some of the old-time fiddlers – such as Tommy Jarrell who was from Toast, NC – play an Appalachian fiddle tune and sing the same lyrics that Sleepy John Estes sang with a totally different melody. That is hard-core proof of the relationships between all these different styles.

I’d hope for two days. I’d want to spend a day with John Lee Hooker… playing music. And if I could have a second day, I’d love to spend it with Tommy Jarrell.