"Nowadays, every other person is a musician and the standards are so much higher. Yet that has not necessarily translated into more exciting musical experiences."

Victor Harvey Briggs III was born in Twickenham, Middlesex, England, is a former blues and rock musician, best known as the lead guitarist with Eric Burdon and The Animals during the 1966-1968 period. Briggs currently goes by the name Antion and plays Hawaiian chant music. Antion is an internationally known musician, chanter and teacher. In the 60s, known by his birth name, Vic Briggs, he was one of the leading musicians on the London scene and was the lead guitar and piano player for various groups in the 1960s, including The Echoes (Dusty Springfield's backing group), Steampacket, Brian Auger's Trinity, and Johnny Hallyday. Jimi Hendrix named him on more than one occasion as one of his favorite guitar players. 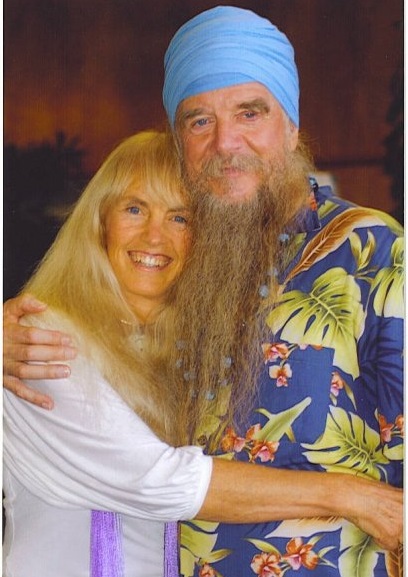 He was also arranger and musical director for The Animals and his arrangements and guitar playing can be heard on such hits as When I was Young, San Franciscan Nights, Monterey and Sky Pilot. From 1968 to 1969 he was one of the leading independent producers and arrangers in the recording studios of Hollywood as well as a staff producer for Capitol Records. In 1970 he left the music business to pursue a spiritual lifestyle. Antion Meredith began the study of Kundalini and Naad Yoga (the yoga of sound), as well as Sikh sacred music. During that time he founded the first Kundalini Yoga studio in London, England and was a regular contributor to the UK’s Yoga and Health magazine. From 1977 to 1990 he and his wife were directors of the Kundalini Yoga Ashram of San Diego, California. During that time he traveled extensively to sing in Sikh Temples in the US, Canada, UK, Australia, New Zealand and India. He also released several tapes of Sikh devotional music under his Sikh name, Vikram Singh Khalsa. In 1993 he and his wife, Elandra, moved to the island of Kauai to study Hawaiian music and chanting.

At the risk of sounding like I am bragging, my life has had so many interesting periods it’s hard to make a choice. Certainly one of the most amazing times was the year 1967, right after I joined the Animals.

We left at the beginning of February from London to tour the US and went on to Australia and New Zealand before returning to the UK.

When we got back in May 1967 the “Summer of Love” was just beginning to take off. It was only a few weeks before we were off to California for the Monterey Pop Festival, followed by gigs at the Whiskey a Go-Go in Hollywood and the Fillmore in San Francisco. "In life there is a time deal with personal things, a time to be social with others, and a time to be in business mode. It is very important to know which is the appropriate mode to be in at any given time and not to try and mix them." (Photo: Vic with Eric Burdon & The Animals, 1968)

Let me say that the most exciting gig that I ever did was when the Animals played the Hollywood Bowl, November 1967. There was no particular worst moment but the few months before I left the Animals (July 1968) were pretty depressing.

The first one was with the late Big Jim Sullivan, the most famous recording session guitarist of the 60’s. I had just turned 16. He was a mentor to me and helped me bring my playing up to a much higher level. He was also instrumental in getting me my first professional gig. Another protégée of Jim’s was Ritchie Blackmore – Deep Purple. Another was with Brian Auger, the great Hammond Organ player who has never achieved the recognition he deserved. We became friends and it was in working with him that I made great strides, not only in my musical abilities, but in my visibility in the music business.

I have deliberately only focused on my music career but there were other meetings with outstanding people that influenced my spiritual life.

There has been so much but I’ll share just one thing. In life there is a time deal with personal things, a time to be social with others, and a time to be in business mode. It is very important to know which is the appropriate mode to be in at any given time and not to try and mix them.

What were the reasons that made the UK to be the center of the Blues, Folk & Jazz searches at the 50s 60s? 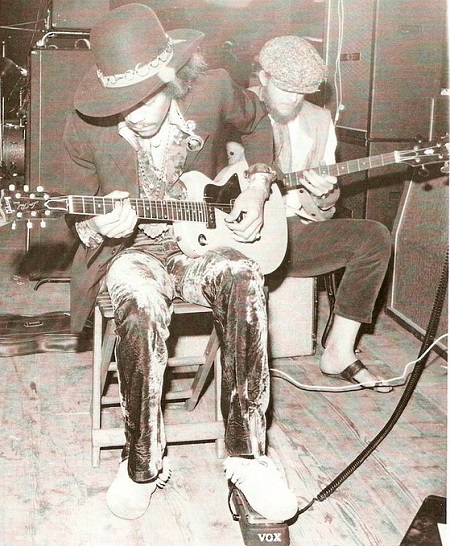 First I’ll say that it wasn’t really happening until the 60s. There just wasn’t that much in the 50s. Of course, the fact that the UK is an English speaking nation and had that “special relationship” with the US, was a great help. There a great many excellent musicians in Britain, there always have been. What we didn’t have was an exciting original tradition. I was born in 1945 and I grew up with Light Classical Orchestral music and Musical Show tunes, as did people like the Beatles. When we heard Rock music from the States it excited us and we wanted to play it. It took us a little while to realize that it was possible, then it took a little while to become competent at playing it. I think that we felt inferior to American musicians so we tried a lot harder. Indeed, there was a gap between Brit and US musicians in the early to mid-60s. Once there was constant traffic of musicians and singers between London and New York/LA the gap soon closed.                                      (Photo: Vic & Jimi Hendrix)

Are there any memories from gigs, jams, open acts and studio which you would like to share with us?

Well again, there’s so much that it’s hard to know where to start. I’ll just say that being at the Monterey Pop Festival in June of 1967 was a totally amazing experience. It was an event that was unparalleled in my experience because of the gentle energy and the amazing music.

What do you miss nowadays from the feeling & music of past?

I miss spontaneity and innocence. There periods of such great energy: Big Band Jazz of the 30s and 40s, Bebop Jazz of the 40s and 50s, early Rock music, The Beatles and the British Invasion. But in those days there were not so many competent musicians and it was such hard work to become competent, let alone great, that great players were much rarer. Nowadays, every other person is a musician and the standards are so much higher. Yet that has not necessarily translated into more exciting musical experiences.

What is the relation between music and healing? How can the music crush the shackles of human spirit/mind? 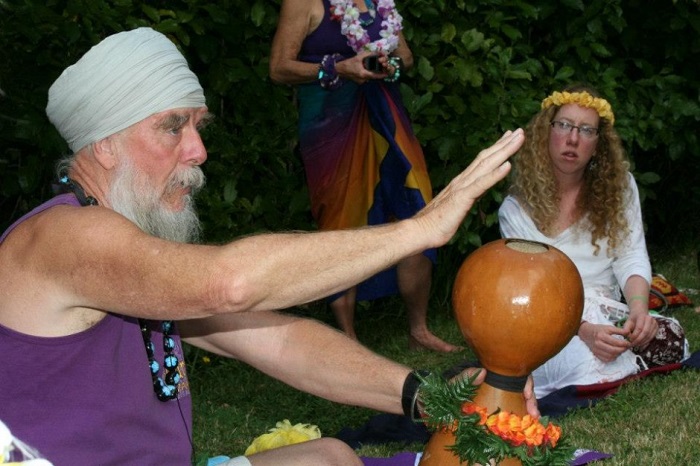