"One of the biggest challenges for the future of music is how musicians will manage to find ways to monetize their music. Without financial support, artists will find it increasingly difficult to choose to make music professionally."

Sari Schorr: A Force of Nature

New Yorker Sari Schorr is one of the world's best contemporary female blues rock singers. In January 2015 legendary producer Mike Vernon (Blue Horizon) was invited to receive a ‘Keeping The Blues Alive’ award at the prestigious International Blues Challenge in Memphis USA. This award, was not the only highlight of the weekend for Mike, the second was witnessing the performance of one of the most amazing female blues singers Mike has seen in years – SARI SCHORR. Mike was so knocked out with Sari that he offered to come out of retirement and produce an album with her. Already a consummate songwriter, with tracks on major labels, Sari has written or co-written most of the songs on her new album.          Photo by Rob Blackham 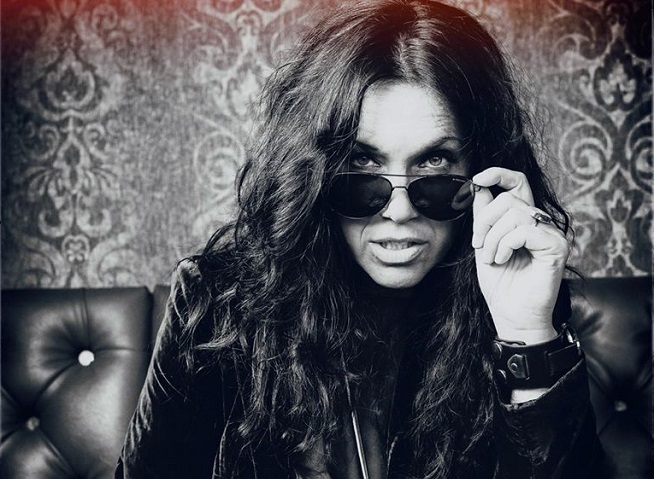 Several years of touring the USA & Europe with Joe Louis Walker and Poppa Chubby brought Sari greater prominence in the blues world. Sari was recently inducted into the New York Blues Hall of Fame. Sari has now put together her own band – THE ENGINE ROOM, featuring British guitarist Innes Sibun, formerly with Robert Plant. Together they celebrated the release of Sari’s debut album on Manhaton Records in September 2016 and undertake a US and European wide tour. Sari is kicking off her groundbreaking tour at Carnegie Hall in NY performing with Buddy Guy, Walter Trout, Eric Burdon, Edgar Winter, Dana Fuchs, Kenny Wayne Shepherd & Laurence Jones on the Lead Belly Fest, Feb 4, 2016.

The blues tells the stories of our lives. Blues has always chronicled our suffering, values and culture, especially, 19th-century African American history through spirituals, shouts and work songs. Blues gives me a deeper understanding of a tragic American historical experience.

Blues gives me a conversational platform which allows me to talk openly and honestly about myself and my experiences. That journey can lead me into the dark corners of my mind revealing things I didn’t yet know about myself.

How do you describe Sari Schorr sound and songbook? What characterize your music philosophy?

My sound is very much rooted in the blues with influences of rock, soul and jazz. I think what characterizes my music philosophy is my commitment to write music and lyrics without constraint. I’m willing to take risks and push the boundaries as far out as possible. Lyrically, I’m not afraid to take on difficult subjects with a different perspective. Lyric writing is a journey of discovery. It’s a daunting challenge, but I love the adventure and all the obstacles and lucky breaks that come between me and the blank page. I’m attracted to the untold story about familiar subjects. I try to offer a different point of view that sidesteps judgment. When I hit the mark, the dialogue becomes much more honest and the lyrics resonate with listener. "Blues gives me a conversational platform which allows me to talk openly and honestly about myself and my experiences. That journey can lead me into the dark corners of my mind revealing things I didn’t yet know about myself." (Photo: Sari & Mike Vernon in studio, Seville Spain)

Meeting Mike Vernon in Memphis changed my life. We met at an awards ceremony where Mike was receiving the prestigious “Producer of the Year” award from the Blues Foundation. I wanted to talk to him at the end of the ceremony, but there were so many people around him, I only had a chance to say a very quick hello and was off. Later that night I performed at the Daisy Theatre. The next day Mike heard everyone talking about my performance. He was surprised that I didn’t tell him I was a singer. He asked me to send him some of my demos. He was so excited about the songs, he decided to come out of retirement to produce an album with me. The best advice I’ve ever received was just to be myself. That was from my mom.

I’ve done thousands of shows, but I have to say that performing at Carnegie Hall was extraordinary. I was honored to be asked to perform on the Lead Belly Fest with Buddy Guy, Eric Burdon and Walter Trout among other great artists. As a New Yorker, it was an incredible dream come true to perform at the pinnacle of concert halls in my hometown. As a blues singer, I never thought I would have this opportunity. It’s really the ultimate badge of honor.

Back in the day, record labels would get behind bands and make a long-term commitment that would give young bands time to develop. With so many record labels heading towards extinction, countless bands will never have that chance. We’ll never know the great music that has been lost because those musicians never had the early support they needed. One of the biggest challenges for the future of music is how musicians will manage to find ways to monetize their music. Without financial support, artists will find it increasingly difficult to choose to make music professionally. Photo by John Bull 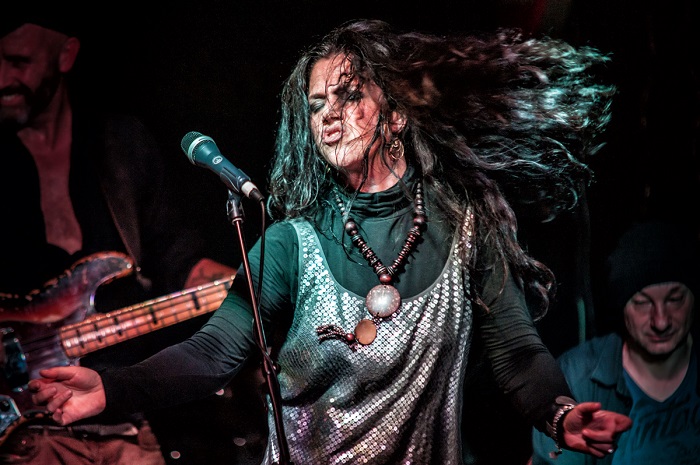 "My sound is very much rooted in the blues with influences of rock, soul and jazz. I think what characterizes my music philosophy is my commitment to write music and lyrics without constraint."

There’s a quote by Aristotle that I think is especially relevant today, “Music has a power of forming the character and should therefore be introduced into the education of the young.”

Studies show that children who had three years or more musical instrument training performed better than those who didn’t learn an instrument in auditory discrimination abilities and fine motor skills. Music education in many schools around the world is in a shocking state of neglect. It is important to invest in music education and make sure that high-quality music education is readily available to all children, not just those whose families can afford it. It is often disadvantaged children who can benefit most.

You are also known of your work with charitable projects. What was the relation between music and activism?

I draw on my personal experiences in my songwriting. Working around the world in places like Haiti and India give me a broader perspective of the human condition. You feel small and humble and that informs the lyrics I write and leads me to the subjects I’m inspired to explore.

Women have always played an important role in blues music. Classic blues was first performed by women in a style that was also known as vaudeville blues. These women were the first to record blues music. Ma Rainey, Bessie Smith, Mamie Smith and other female singers in the 1920’s were instrumental in spreading the popularity of blues music. Contemporary blues singers, like myself, walk in the footsteps of these classic blues singers who paved the way for future generations of female singers. The future it very bright. 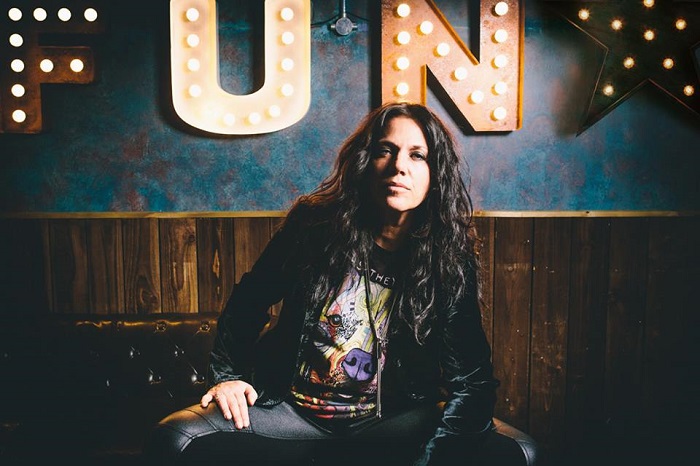 "Music education in many schools around the world is in a shocking state of neglect. It is important to invest in music education and make sure that high-quality music education is readily available to all children, not just those whose families can afford it."

What are the lines that connect the legacy of Blues with Americana and continue to Jazz and Rock music?

There will forever be an ongoing evolution of music. Different genres rise and fall in popularity across the generations, but almost every genre of popular music can trace it’s roots to blues.

Blues has infused its influence into rock ‘n’ roll, jazz, rhythm & blues, gospel, Americana, folk and country. There are specific blues stylings including the 12 bar chord progression, instrumentation and lyrical style that have influenced the most important artists for nearly 100 years. Rock ‘n’ roll has been called, "blues with a back beat.” The musical instrumentation, chord progressions, rhythm and lyrics of the blues gave birth to rock ‘n’ roll. Famous artists including Chuck Berry, Little Richard, Led Zeppelin, the Rolling Stones, the Beatles, Jimi Hendrix, Peter Green, John Mayall and Eric Clapton all incorporated elements of blues music and created something that was all their own. One of the first blues songs to be successfully transformed into a rock ‘n’ roll song was Elvis Presley’s "Hound Dog.” You can easily hear the blues influence in the traditional twelve-bar blues structure. Legendary artists from the jazz and folk world like Louis Armstrong, Miles Davis and Bob Dylan where strongly influenced by the blues.

The band and I are often traveling long distance between shows. We’ve got a great tour manager who loads us up with dvds for the tour bus. We laughed all the way across England watching the UK series Father Ted. I get very emotional after every show. Having the honour to perform music I love all over the world for people who share my love of the blues fills me with tremendous gratitude. I’m crying a lot these days.

I’d love to take a trip back to 1941 in New York City to hear Billie Holiday record “God Bless the Child” with Eddie Heywood and his Orchestra. 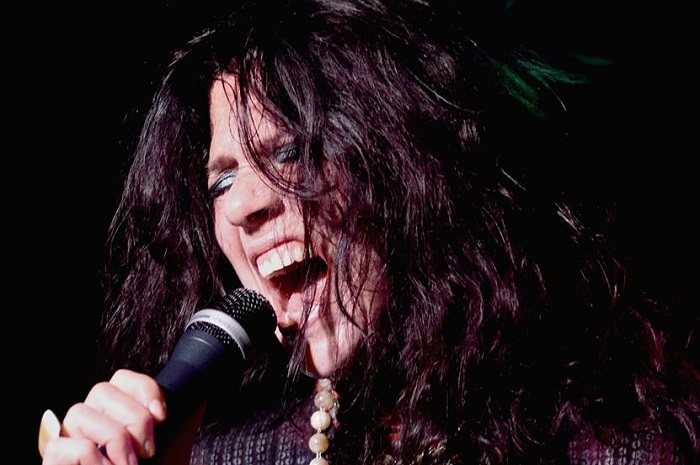