"The legacy of rock music is evident just about everywhere you look."

Native of Houston, Texas photographer Keith Green is known for his portraits of Greenwich Village, NY rock icons, photographers and artists. Keith’s most noted work features an exclusive photo-essay of the late punk icon Dee Dee Ramone, which was captured at the infamous Chelsea Hotel during the spring and summer of 1993 as Dee Dee struggled to overcome his addiction to heroin. His work has been used in many biographies and autobiographies about the seminal punk rock group, the Ramones, and has been published in magazines including Hamptons, London Sunday Times, Time Out New York, and Rolling Stone. Green’s portraits of rock icon Dee Dee used as the cover photo to Sherill Tippins’ book “Inside the Dream Palace” about the Chelsea Hotel. 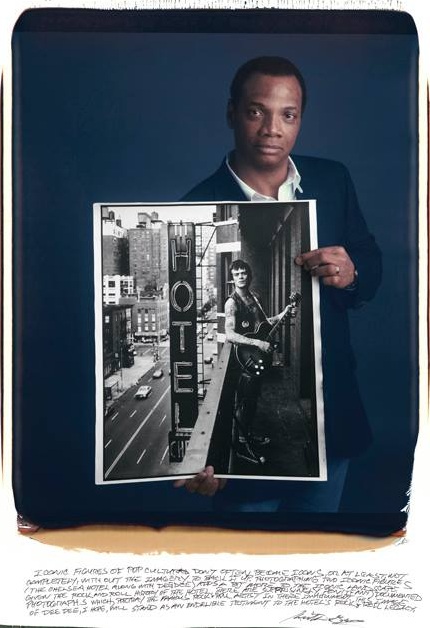 “I am a native of Houston, Texas and relocated to New York City in 1986 to further pursue my photography career by working as an assistant for several top photographers in the editorial and commercial photography fields. I subsequently branched out on my own through self-assigned projects as well as being published in magazines such as Hamptons, London Sunday Times, Time Out New York, Rolling Stone and others.” Keith says: “My most noted work features an exclusive photo-essay of the late punk icon Dee Dee Ramone, which was captured at the infamous Chelsea Hotel during the spring and summer of 1993 as Dee Dee struggled to overcome his addiction to heroin. Several of the images from that series have appeared on the covers and insides of Dee Dee's subsequent trilogy of autobiographical book titles: "Lobotomy: Surviving the Ramones" published in 2000, "The Chelsea Horror Hotel" published the following year and "Legend of a Rock Star," Dee Dee’s memoir, which was completed shortly before his untimely death in 2002.

My subsequent work relating to this literary music genre include exclusive portraits of Vera Ramone, Dee Dee's first wife,  which are published in her recently released memoir, "Poisoned Heart: I Married Dee Dee Ramone" published in 2009. Other photo essay projects include a work-in-progress portrait series of a cross section of creative, individuals whose artistic and literary contributions remain as indelible fixtures among our cultural landscape.”

Keith Green portrait © by photographer, Tim Mantoani, is featured in his book titled, Behind photographs published in 2009

How do you describe Keith Green’s progress and photography? What characterize your philosophy of image?

My approach to photography is rooted in the traditional style of portraiture and documentation. As a child, my mother subscribed to all of those legendary magazines such as, LOOK, LIFE, Vogue, Esquire and many others so, my interpretation of the visual image involves a very close up, interpersonal connection with my subjects with the intention of revealing a more humanistic and personality driven image and persona. 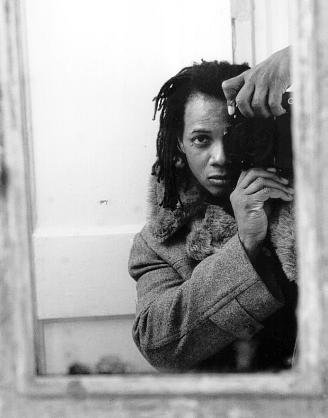 I actually picked up a pair of drumsticks before I ever considered photography as a career choice. I received my first drum kit at the age of thirteen and my mother immediately signed me up for private drum lessons with acclaimed jazz drummer, Joe Raynor. He only accepted ten students so, I understood, even then, how lucky I was. One of Joe’s previous students was Frank Beard who became a founding member and drummer for the world renowned rock band, ZZ Top. Frank would sit in on some of Joe’s lessons where loud rock usually blared from Joe’s state-of-the-art stereo system.

Music was a major part of daily life in my household. My sister, who’s now a professor D.M.A. and heads the Department of Music and Theater at Prairie View A&M University, was a music prodigy at age five so, there were always string musicians and piano recitals as long as I can remember. It wasn’t until my late teens that I realized I had a passion for photography. Naturally the two went hand in hand.

What do you learn about yourself from the Rock culture and how does the music affect your inspiration?

Well, rock music wasn’t what I would describe as the definitive catalyst in my photographic journey. Music always seems to attract young, passionate aspiring photographers and I was no different in that respect. I simply loved rock music and it was easily accessible. The actual music has never really been the driving, inspirational force in my photography. It’s always about the human aspect. Like actors or any expressive art form, musicians simply make great subjects. It’s as simple as that.

Which meetings and photo shoots have been the most important experiences for you?

I suppose I’d have to say my photo essay of the legendary punk musician, Dee Dee Ramone was indeed a life and career changing experience to say the least. He definitely understood what I wanted to accomplish and I’ll always be grateful to him for that. 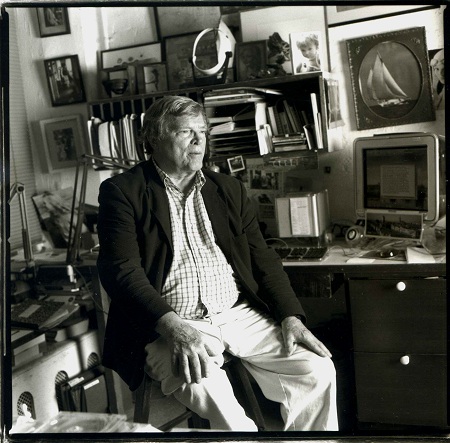 Let’s see. Bob Gruen has a wealth of fascinating stories and anecdotes from his illustrious career of photographing just about every important rock musicians of the 20th century. I have ours of our taped conversations and there’s some funny stuff.

D.A. Pennebaker and his filmmaker wife, Chris Hegedus were the consummate host in their upper east side town house and Pennebaker (as he prefers to be called), regaled me with stories of the making of his landmark film, “Monterey Pop”. It may surprise others to know that he started out as a camera man for ABC news and filmed the iconic documentary of JFK’s first year in office as President.

Dee Dee was always kind and considerate to me. He was always hounded by fans whether on the street or in the Chelsea Hotel and when they became too overwhelming, he would defer the situation to me by saying, “You’ll have to talk to Keith” or, “You’ll have to ask Keith”.

Legs is just fun to hang out with. He’s hilarious. When I flew to LA to photograph him, I reserved the hotel room in Hollywood, where Janis Joplin died of a heroin overdose. When I pointed to the spot where they found her body, Legs reply was,” What, you want me to lie down there?”

Henry Diltz is just one of those loveable, jovial individuals with a sharp wit. When I made arrangements to photograph him, I sent for my vintage Morrison Hotel album from Texas to arrive in time for the portrait session so Henry could sign it for me. After signing it, he handed it to me and asked if I can find the location on the album where he’d just buried his signature which he had embedded within the albums graphics. Much in the way Alfred Hitchcock would hide himself in one of his movie scenes.

Photo by © Keith Green: One of the foremost leaders in documentary filmmaking, D.A. Pennebaker, 2004, NYC

Why the Chelsea Hotel is connected to the Counterculture and what characterized the philosophy of hotel?

I believe this was best answered by author, historian, Sherill Tippins in her recent book title, “Inside the Dream Palace: The Life and Times of New York’s Legendary Chelsea Hotel”. The Chelsea Hotel has always been a beacon for creative types of all walks of life. 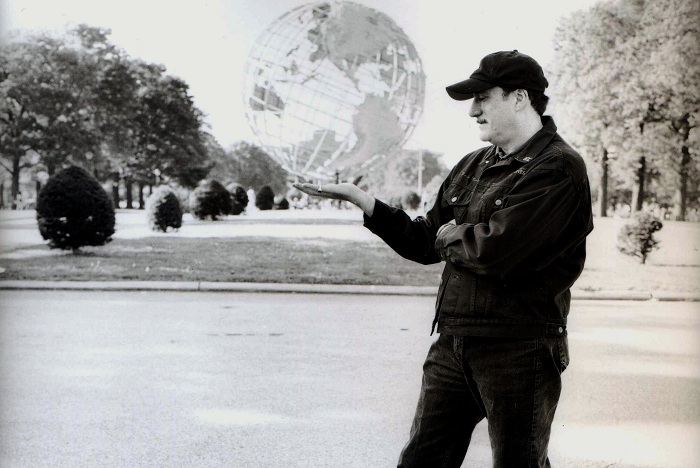 Photo by © Keith Green: Monte A. Melnick served, for 24-years, as tour manager of legendary punk band, The Ramones, and wrote the highly acclaimed memoir, "On the Road with The Ramones". Photographed May 16, 2004, Queens.

Who was the most gifted front the lens? What was the strangest request where someone asked?

For a passionate portrait photographer, all subjects are “gifted” in front of the lens. As for strange request, there hasn’t been any that I can recall although; the closest to that question might be the portrait session I had with Monte A. Melnick who was the tour manager for the Ramones for twenty four years. He wanted a portrait that would best define his long and adventurous career in the music industry thus resulting in the portrait of him holding the famous world globe at Flushing Meadows in the palm of his hand. I love that photograph.

What's the legacy of Rock n’ Roll culture in the world civilization? How has changed over the years?

The legacy of rock music is evident just about everywhere you look. Television commercials, for example, have integrated some of the more classic tunes from the past, into the psyche of a new generation (for better or worse depending on who you ask). Some of the fashion associated with certain rock eras seem to be resurrected by decade and continue to influence some of the top designers of today. In terms of our present generation’s overall music taste, rock music has given way to hip hop and progressive country music. The annual music awards programs act as a barometer for cultural musical taste as does the popular music talent shows. The old music industry business model has long been killed off. In today’s culture, a fifteen year old can get a Logic Pro DWS for $200 and record, produce and distribute the music to a ready-made audience through social network platforms. Album or CD sales are no longer a viable factor in this current atmosphere. It’s all about capturing and maintaining interest and then finding a way to monetize it. 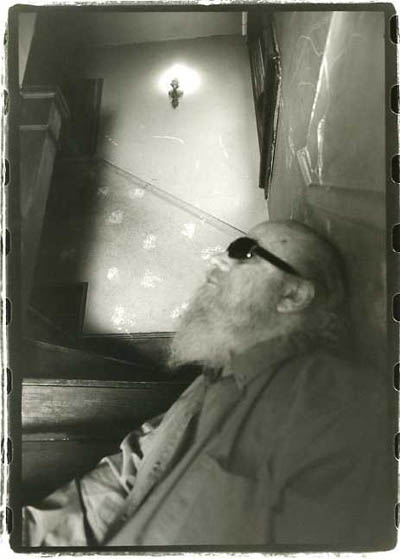 Quite honestly, I don’t miss anything about the music of the past. While I still love and appreciate the level of excitement and memories, I actually get excited about discovering new music and artist. If I need a fix from the past, I’ll simply go through the archives. I don’t necessarily pine for the old days.

Life changes as younger generations look to define themselves as did generations of the past. I never understood how, or why, some individuals choose to live in a time warp.

Photo by © Keith Green: Warhol Silver Factory photographer, Billy Name. A chronicler of what is considered the most vibrant pop cultural period of the 20th century, the Warhol 1960s. Billy is photographed at his home in Poughkeepsie, New York, 2007.

What has made you laugh lately and what touched (emotionally) you from the music world and circuits?

I actually had a laugh recently when I met a twenty-five year old woman who’d never heard of Blondie.

What from your memorabilia (books, records, photos etc.) would you put in a "time capsule"?

Let’s see. I’d probably include the writer, poet Langston Hughes’ album of poetry, “Weary Blues” accompanied with the music of Charles Mingus along with Andy Warhol’s book, “Popism”. Any photograph by Gordon Parks and last but not least, my recipe for Sole Meuniere.

I’d want to go to Café Wah in 1966 Greenwich Village on the night Chas Chandler first heard and signed Jimi Hendrix. How’s that for trip through time!

Photo by © Keith Green: Rock music photographer, Henry Diltz, has captured some of the most intimate, enduring and iconic images in rock music including the Doors, Crosby, Stills & Nash, Jimi Hendrix... and the list goes on. I finally caught up with Henry between his regular East and West coast jaunts, and captured what I believe to be a rare moment...  he's actually standing in one place! Photographed at Henry's  SoHo NYC Gallery, "Morrison Hotel" May 14, 2004 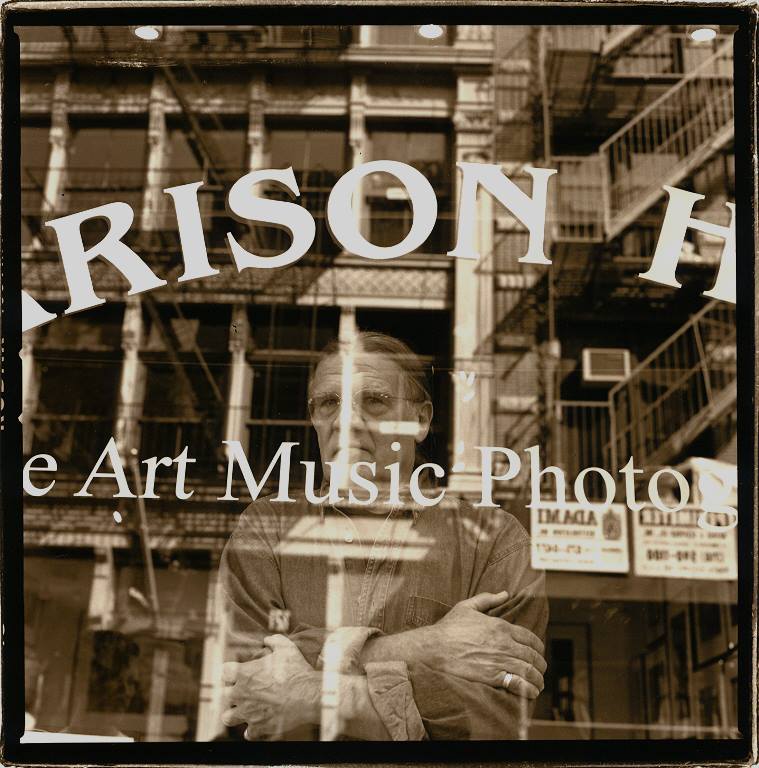