"Finding your spot in the world and living the life you’re supposed to live. I once had a psychologist tell me I had my feet planted very firmly in the clouds. I’m glad I was able to follow those clouds."

Rob Amberg was born in Washington, DC, in 1947. Educated in Catholic schools, he graduated from the University of Dayton in 1969. While there, he produced a slide-tape presentation that introduced him to the potential of photography as a tool for social change. After college, he was granted Conscientious Objector status to the draft and spent two and a half years in Tucson, Arizona, teaching nursery school as his alternative service. In Tucson, he produced his first published photographs – a piece on street preachers in a downtown park – and had his first one-person exhibit at Spectrum Gallery. He moved to Madison County, North Carolina, in 1973 and began what has become his lifetime project – writing and photographing about the evolving culture and environment of his adopted county. His first book, Sodom Laurel Album, was published in 2002 by the Center for Documentary Studies at Duke and the University of North Carolina Press. 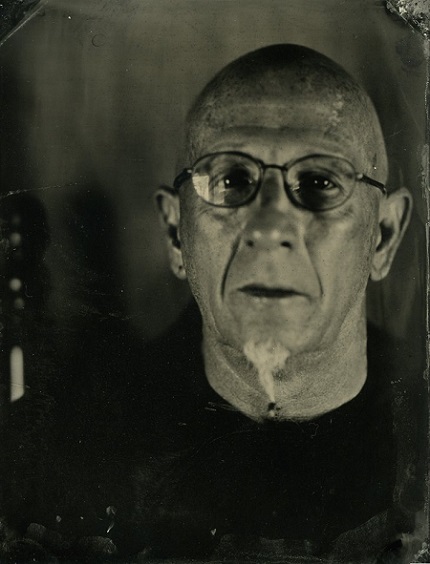 His second book from Madison County, The New Road: I-26 and the Footprints of Progress in Appalachia, was published in 2009 by the Center for American Places at Columbia College Chicago. To complete the trilogy, a third book, tentatively titled Shatterzone, is in progress. Throughout his career Amberg has been on staff or done assignment work for non-profit organizations and philanthropic foundations. His work has largely focused on rural communities, family farms, and the environment. His work is regularly published and exhibited nationally. He is the recipient of awards from the John Simon Guggenheim Memorial Foundation, the National Endowment for the Humanities, the North Carolina Humanities Council, the Center for Documentary Studies, and others. In 2004, he had the honor of presenting Sodom Laurel Album at the Library of Congress.  In July 2012, Amberg began serving as a Visiting Artist at Duke University, working specifically with a Literacy Project for middle-school students in Madison County. In 2011, he began working with the American Forest Foundation, documenting the relationship between tree farmers and their land. He gave the keynote address at the American Tree Farm Convention in 2011 and will continue his documentation for AFF in 2012. Since moving to the mountains, Amberg has sought to participate in mountain life as much as he’s documented it. He lives with his wife, Leslie Stilwell, on a small farm where they raise gardens and shitake mushrooms, tend an assortment of animals, burn firewood, and drink water from a mountain spring.

What were the reasons that you started the photo art researches?

My main interests in school were history, writing, and anthropology. I was also very involved in social action projects, like the Civil Rights and anti-war movements. I felt photography could be used as a tool for social change and that was my initial motivation for making photographs.

What characterize your photo art philosophy?

My work is characterized by my interest in the human condition. The relationships I form with my subjects are essential to my images.

What do you learn about yourself from the photo art?

I’ve discovered I can find common ground with most anyone and gain their trust. Also, photography has helped me find my place in the world, what is important to me, and a clearer understanding of the nature of time. 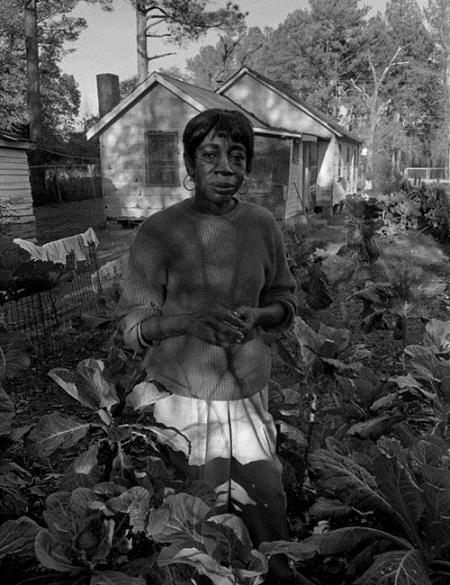 What experiences have triggered your ideas most frequently?

The experience of living and working in Madison County, NC, for most of my adult life has influenced all of my work. Small, rural, community-minded, open, accepting, and increasingly diverse. It’s in the day-to-day of life that we find the universal.

"Art has played an essential role in all of the world’s social, cultural and political movements. It will continue to do so because artists speak to people."

Which photo-shoot have been the most important experiences?

Two. The first was in New Orleans in the early 1970s. I was in St. Mark’s Square photographing and I aimed my camera at a well-known and much photographed person in the French Quarter. He was very tired of people taking his picture and then selling it or using it for their own purposes. He quietly got up from his seat, walked over to me, and quietly said, “if you point that camera at me again, I will shove it right up your ass.”

The second was in Madison County. I stopped to photograph a family hanging tobacco. It was late in the afternoon, beautiful soft light. Mother, father, four children, a couple of friends. A lovely scene. They agreed I could make pictures and then proceeded to stop what they were doing and pose. The pictures were forced and stiff. I put the cameras down and helped them hang tobacco. My participation changed the dynamic of our relationship, so when I picked up the camera again, they were trusting and open and ignoring me. It was perhaps my best ninety minutes in photography. Both situations, though remarkably different, taught me about the photographer’s relationship with his subjects. I’ve learned for myself that that relationship works best as a conversation, a dialogue between us that eventually comes to include the viewer.

One more that has nothing, but everything, to do with photography. I had gone to pick up my friend Doug Wallin, the great Madison County ballad singer, who asked me to drive him to his tax preparer’s place in a neighboring community, not five miles away. As we were returning to his home in the Sodom community, we passed a particular point on the road and Doug looked around, smelled the air and said, “well, we’re back to God’s country.” He was speaking to the importance of place in his life, and how small and local that place was.

I do not play an instrument, but have listened to music throughout my life. My brother is a musician, as is my assistant. My primary genres of music have been rock n’ roll, blues, folk, and increasingly, country.

Early in my life, music was very inspirational to me. Certain songs and albums moved my life forward in positive and unexpected ways. It remains that way for me now, but I’m more moved by the music itself, and less so the lyrics. The ways a song moves and takes us places. Music often determined my moods as a young man, but now that I’m old my mood determines what music I listen to. 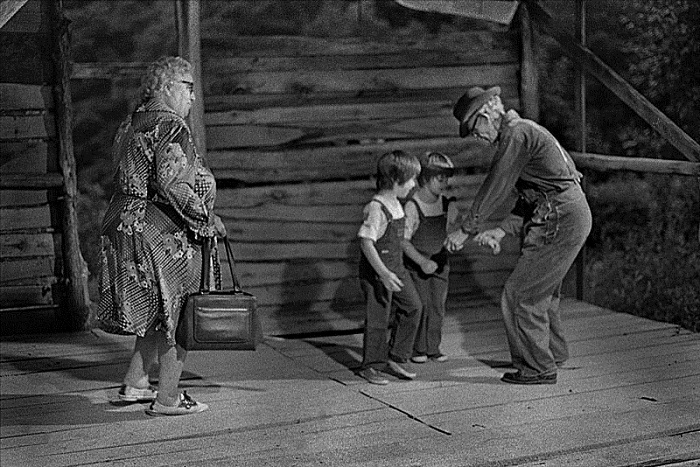 "Finding your spot in the world and living the life you’re supposed to live. I once had a psychologist tell me I had my feet planted very firmly in the clouds. I’m glad I was able to follow those clouds." (Photo © by Rob Amberg / all rights reserved)

So many musicians that I didn’t get to see play live - Muddy Waters, Howling Wolf, Waylon Jennings, George Harrison. My hope would be that music would play increasingly more important roles in people’s lives and that young people will continue to be moved by music as my generation was in the sixties and seventies.

That people would work together and be peaceful.

What has made you laugh and what touched (emotionally) you from the FARM AID 30 CONCERT?

Well, of course, the music. I was especially moved to see Neil Young playing with Willie Nelson’s son. But also the audience - the feeling, the openness, the generosity. And also, this one security guard - a big, tough guy who spoke to no one all day. At one point, late, he grabbed me by the arm and I thought I had done something wrong. Instead, he just smiled and handed me a hot dog.

What is the impact of music and photo art to the racial, political and socio-cultural implications?

Art has played an essential role in all of the world’s social, cultural and political movements. It will continue to do so because artists speak to people. 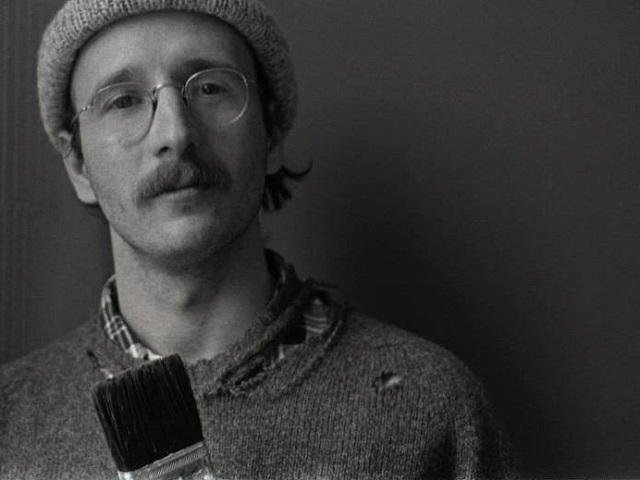 "My main interests in school were history, writing, and anthropology. I was also very involved in social action projects, like the Civil Rights and anti-war movements. I felt photography could be used as a tool for social change and that was my initial motivation for making photographs." (Rob Amberg / Photo by Ralph Burns or Brigid Burns, c. 1970s)

Finding your spot in the world and living the life you’re supposed to live. I once had a psychologist tell me I had my feet planted very firmly in the clouds. I’m glad I was able to follow those clouds.

Do you have a dream project you'd most like to accomplish? What projects are you working on at the moment?

I’m currently working on another book from Madison County, NC, where I’ve lived for the last forty-three years. This will complete a trilogy of books from the county.

My mother’s family is Sicilian and southern Italian, Apulia. I hope to do a project on my family, migration, assimilation.

I would like to go back to Sicily on the day my grandfather and his brother left their family to come to America. They were both teenagers and never saw their family again. Being there to experience that would help me understand who I am today. 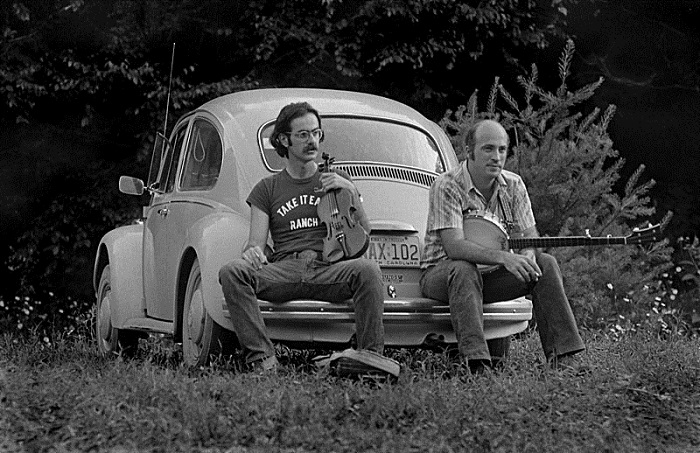