Interview with producer/director and editor Bob Sarles of Ravin' Films -- The blues gives me joy!

"The blues originated with black folks, was appreciated, adopted by white folks. I think that helped members of society understand each other more. I wish that young black kids appreciated the rich heritage of the blues more."

Bob Sarles: Rock Around The Film

Bob Sarles is a respected film and television editor, producer and director. He began making films in 8mm and Super8, and videos on half inch reel to reel video in the early 1970s as a teen in the suburbs of Buffalo, NY. He received his Bachelors Degree in Broadcasting and Film from Boston University, where he co-produced and edited the short documentary Fantastic. Sarles spent time at UCLA's graduate film school before moving to San Francisco, where he began his professional career as a film editor and later founded his own production company Ravin' Films, Inc. Sarles co-edited the Emmy nominated and Peabody Award winning 1994 documentary mini-series Moon Shot and the 1999 ABC documentary The Story of Fathers & Sons. He edited three of the first four seasons of the MTV's ground breaking reality television series The Real World. 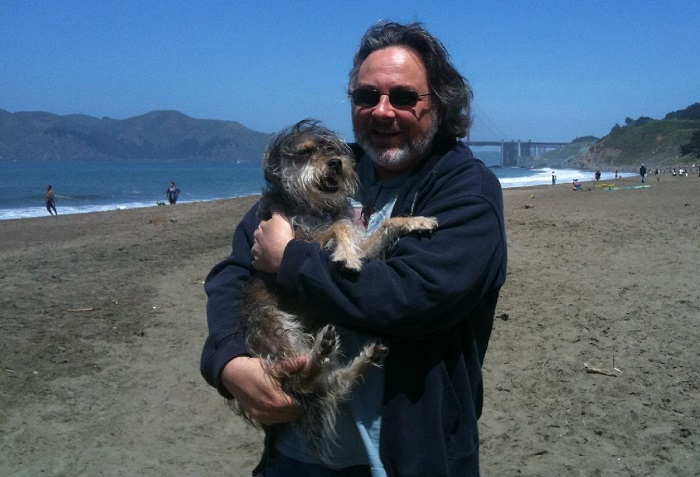 Sarles edited the cult zombie horror film The Video Dead, and the feature documentary The True Adventures Of The Real Beverly Hillbillies. He co-produced and edited the feature documentary film Taking Satan To The Mat. Sarles was a producer and editor of VH1's Behind The Music and was a consulting producer on the PBS documentary Respect Yourself: The Stax Records Story. He directed and edited films that are on display at the Rock & Roll Hall of Fame, Experience Music Project in Seattle, and the Stax Museum of American Soul Music in Memphis. Sarles has directed music videos for Otis Redding and Jorma Kaukonen. He co-produced, directed and edited the triple platinum selling DVD series Rock & Roll Hall of Fame Live for Time Life. Sarles edited and co-directed (with Jay Blakesberg) the concert film Phil Lesh & Friends Live At The Warfield. He directed and edited the DVDs Fly Jefferson Airplane and John Lee Hooker: Come See About Me. Sarles has worked with as a director, videographer and producer include Carlos Santana, Ry Cooder, Michael Bloomfield and Paul Krassner. Since 1995, Sarles has produced and edited over twenty-five artist tribute films for the annual Rock & Roll Hall of Fame induction ceremonies.

What do you learn about yourself from the Rock n’ Roll culture and industry?

The industry will always pander, but true art shines through.

The blues gives me joy.

How started the thought of Ravin’ Films?

Ravin' Films was started to tell stories I feel passionate about. 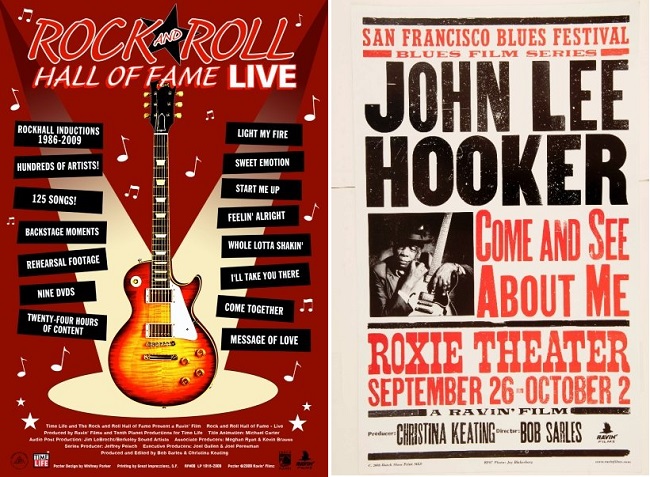 "The industry will always pander, but true art shines through." (Photos: L-Rock And Roll Hall Of Fame Live, Poster by Whitney Parker. R-John Lee Hooker: Come And See About Me, 2008, Photo by Jay Blakesberg / Poster by Hatch Showprint)

How do you describe and what characterize your philosophy?

First, do no harm. Live and let live. Cherish each day.

What were the reasons that you started the artistic searches? How important was music in your life?

Filmmaking chose me, not the other way around. Next to food, sleep and sex, music is the most important thing.

Meeting BB King was my most important meeting. The positive reception my films get at public screenings makes me smile. Seeing the Paul Butterfield Blues Band inducted to the Rock and Roll Hall of Fame made me smile.

I miss seeing Jerry Garcia perform live. I hope the next generation appreciates the blues. I fear new talent will not break through the noise of the internet.

I'd like to see ticket prices for major concerts come back down to earth. 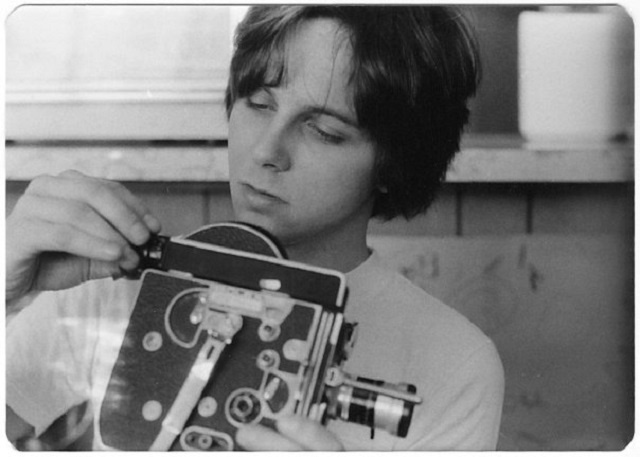 Filmmaking chose me, not the other way around. Next to food, sleep and sex, music is the most important thing. (Photo: Bob Sarles, Boston University, 1979 / Photo by Michael Rich)

Seeing all of the controversy and bitching about the remaining members of the Grateful Dead doing a farewell concert makes me laugh.  I was deeply touched by the passing of BB King.

Are there any memories from three decades of your professional experience which you’d like to share with us?

I've been fortunate to see many of the Rock & Roll Hall induction ceremonies in person. Each one had very special moments. Seeing Paul McCartney and Ringo perform together a few yard in front of me recently was a great moment.

What is the Impact of Rock n’ Blues counterculture of the 60s to the racial and socio-cultural implications?

The blues originated with black folks, was appreciated, adopted by white folks. I think that helped members of society understand each other more. I wish that young black kids appreciated the rich heritage of the blues more.

I would love to go back to San Francisco in 1966 and see the Paul Butterfield Blues band play their first shows at the Fillmore Auditorium. 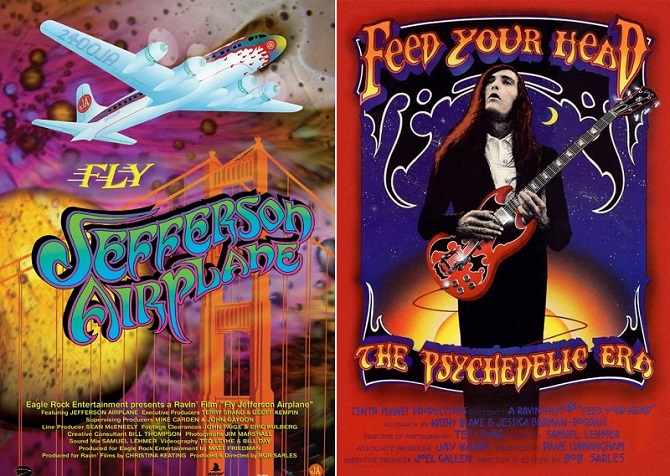 Photos: L-Fly Jefferson Airplane R-Feed Your Head, Poster by Randy Tuten For, 1997 documentary made for the Rock and Roll Hall of Fame