"Blues is a unique style where it lets you close your eyes and play without thinking about theory and other stuff that makes your playing sounds too technical."

Maltese guitarist Marc Galea is a session guitarist, RGT Registered Tutor, and principal at the Euro Institute of Music in Hamrun. He published his guitar book titled, A Step by Step Approach for the Modern Guitar Player. Marc started learning classical guitar at age 11 but immediately exchanged it for an electric guitar after hearing Brian May play. Following a trip to UK to see Joe Satriani in concert when he was 16 years old, he decided to take up guitar professionally and set about studying with intent and practicing with his first serious band Juicy Affair. In 2001 he held a teaching post in the state school Malta Society of Arts in Valletta. At that time he was also rehearsing and gigging with the rock band Lunatic, who recorded the single In My Dreams. In 2002 Marc went to the UK to study with leading guitar tutor John Mizarolli. 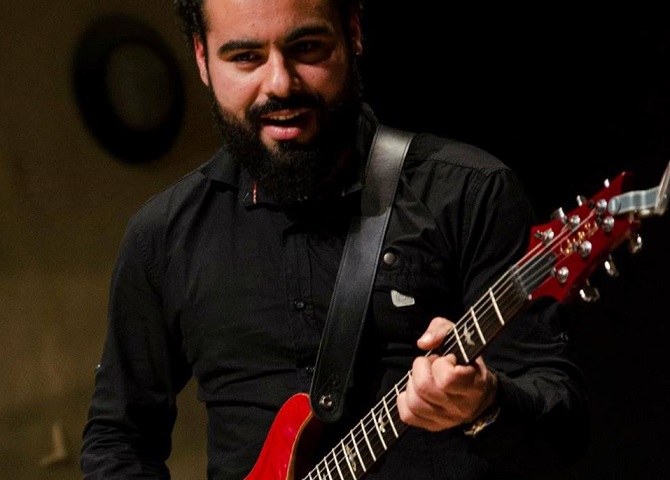 Since meeting Maltese jazz guitarist Sandro Zerafa and taking lessons with him, Marc started delving into jazz styles. He attended a Berklee University summer jazz course in Italy (2005) where he studied with Jim Kelly and Mark White. He also encountered renowned jazz guitarist, and future tutor and collaborator, Luigi Tessarollo. After listening to Marc's single Dusty Sunbeams, Tessarollo was interested in working on a project together. 2009 was another busy year for marc since he had a chance to work again with Phil Hilborne and Neil Murray (Black Sabbath, Whitesnake, Brian May, Gary Moore). During 2010 Marc had also a chance to work with one of his teen’s idol rock singer of Krokus Marc Storace. In June 2011 Marc has launched his album 'Easy Dialogue' at the St. James Cavalier. He also works as a session guitarist in the studio for various local artists and currently plays regularly with Versatile Brass Band under the direction of Mro. Paul Borg.

What do you learn about yourself from the Jazz/Rock and Blues culture and what does the blues mean to you?

Blues is a unique style where it lets you close your eyes and play without thinking about theory and other stuff that makes your playing sounds too technical. I believe every musician from any background should play the blues because it’s the style that gives you feel and passion towards the instrument.  One note from BB king explains everything.  Music is my religion, it is a way of life, it is what helps me overcome difficult situations that I encounter.

How do you describe Marc Galea sound and your method book? What characterizes your music philosophy?

If you listen to my first album back in 2007 you’ll find that it was more progressive, while the last album, which was out in 2011 is pretty much Jazzy. Honestly I’m always searching for new ways to express myself. The songs I am working on at the moment, which hopefully will be recorded in 2016, are a mix of both styles. The reason why I published the Method book in 2012 was to provide for the students, a simple and clear approach to the many areas that tend to be either perplexing or incomprehensible. My way of teaching is based on logical thinking and the art of improvisation, utilizing the right side of the brain which is largely ignored in Western culture. 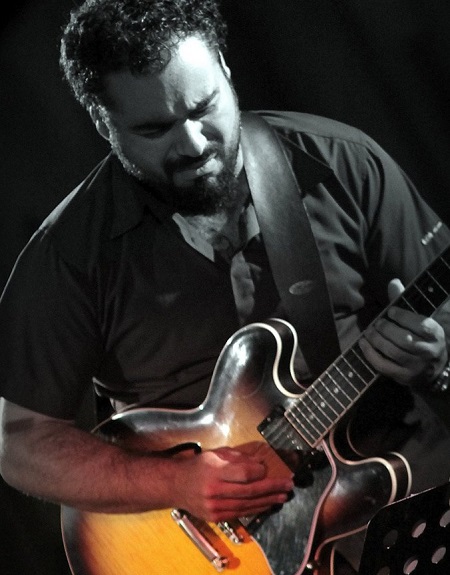 Throughout my career I was blessed to have met various artists, some of which I even managed to take guitar lessons from. John Mizarolli was one of my first teachers. I travelled to London twice a year to this guitar guru and came back with piles of notes, which meant I would spend months of studying and practising new stuff. I also got the chance to attend to a masterclass by Steve Vai and I remember him say that the key to success is “No life, No friends, No fingers.”

One of the memorable gigs that I will never forget is the one at The Malta Jazz Festival back in 2011 when I played under my name. Another great gig was a concert in Sicily together with Mro. Paul Abela. In 2013 I was asked to play Queen songs with the National Philharmonic Orchestra. The Musical Gensna, which is a prestigious local production, was also an unforgettable experience. I cherished every moment with great musicians on stage.

Song writing nowadays became much simpler. Infact many pop songs are written with only 4 chords. We are always trying to simplifying things to make them sound easier. That’s the downside of technology which we have to live with. One other thing that scares me is that nowadays youngsters download a lot material. They might have hundreds of gigabytes of albums, but they’re more likely to end up listening to nothing, for the simple reason that the more you have the less you appreciate or rather have time for it. I was brought up in the cassette era where I used to save money and buy an album and listen to it for months until I know it by heart. Today this is definitely not the case. My only hope for today’s music is live performances. Nothing beats a live performance. Even though live streams might pose a threat as people might be tempted to stay comfortable in their homes watching a live transmission. However, in my opinion I still believe that being actually present for the performance has a certain weight, as the communal power between performer and audience is very strong. I very much believe in the energy shared between musicians and audience alike. That kind of magic will never be achieved through live transmissions. Locally, that we will have a full time music school where students have a chance to study music full time from the best teachers and will be given the opportunity to perform and strengthen their skill. Worldwide, less computerised music and more raw and fresh material.

"I sometimes fantasize about this idea of a time machine. Definitely Woodstock where I could experience all the great bands from the 60s including Jimi Hendrix live performances."

Make an account of the case of JazzBluesRock in Malta. Which is the most interesting period in local scene?

During the 70’s there were many good blues rock bands here in Malta. Some of the musicians are still active locally and some others have made it worldwide such as singer Marc Storace from Krokus with his unique and particular voice. In the 90s, round about the time I started playing, I remember a good blues scene too. Nowadays we have a blues revival and I’m seeing new bands emerging with a lot of great talent and fresh sounds.

What has made you laugh lately and what touched (emotionally) you from the local music circuits and circuits?

I had a lot of experiences, some of which I cannot write about but one experience that had tears running down my face with laughter was during a concert when the guitar amplifier of the other guitarist playing with me caught fire onstage during the last song. All of us other musicians had been teasing him about this amplifier and seeing it on fire onstage left a great impact on us.

What is the impact of Blues, Rock n’ Roll and Jazz to the racial, political and socio-cultural implications?

Jazz started as the pop music in the 20’s and 30’s where mainly black musicians had a chance to send a message to the political leaders to change their political direction. We saw this during the apartheid period, Vietnam War where these musicians had the power to speak about peace and convince the people that they were right. This to some extend contributed to a better world. Today is a different story. I would have loved to see some kind of revolutionary music as result of the terror that some extremists are posing. This could also be the fact that everything is evolving so fast that the time is very limited for an idea to be born, worked upon and still be carrying current political messages.

I sometimes fantasize about this idea of a time machine. Definitely Woodstock where I could experience all the great bands from the 60s including Jimi Hendrix live performances.