"I think that people want to hear of true life experiences that they can relate to at any age. So not only the lyrics, but the actual music itself that we hear in blues and jazz conveys this."

Mary Ann Casale was born on Long Island and grew up listening to jazz and blues musicians jamming in her uncle’s cellar and took an interest in performing. She then started playing in the college coffeehouse scene on Long Island and through most of New York State and Colorado as a solo performer and as a vocalist in a number of small bands. She had the privilege of opening for Harry Chapin on a few occasions in the 70s, and traveled cross country, paying her way by busking in bus stations and playing in dusty dives. 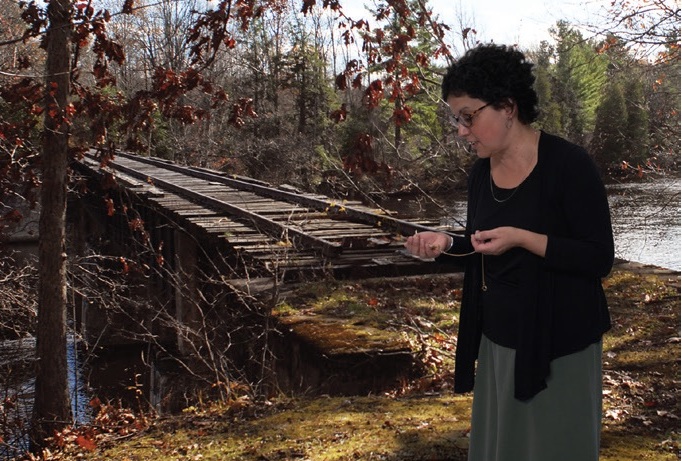 After an almost thirty year hiatus, she has started writing and performing again and has shared the stage with many talented musicians. She lives in Northern New York on the Canadian border. Since stepping back on stage, she has played in a number of concert venues throughout the Adirondacks & northern regions of the state, and has gotten local radio air time as well as on public radio. From sultry blues, to folk and Americana, always soulful, this eclectic performer always delivers a true, honest, performance. Her new album, “Running Out of Time” (Feb. 2014) is an eclectic mix of original folk and blues.

How do you describe Mary Ann’s sound and progress, what characterize your music philosophy?

Bluesy - rootsy. I have stayed pretty close to my folk roots, but my style has developed more into the bluesy end of folk. I love to sing it. Since my voice is so low, I can have fun with it!  I try and stay away from a mainstream kind of sound. It can be difficult to sell at times as I am mostly a solo performer that on occasion will play with one or two other musicians. I try to keep it as simple as possible.

Mostly everyday experiences really, and for me it is one of constant change. Loves lost, feelings of being alone, which are not necessarily bad, just things that happen to all of us which translates into songs that are sometimes sad and sometimes can be humorous. 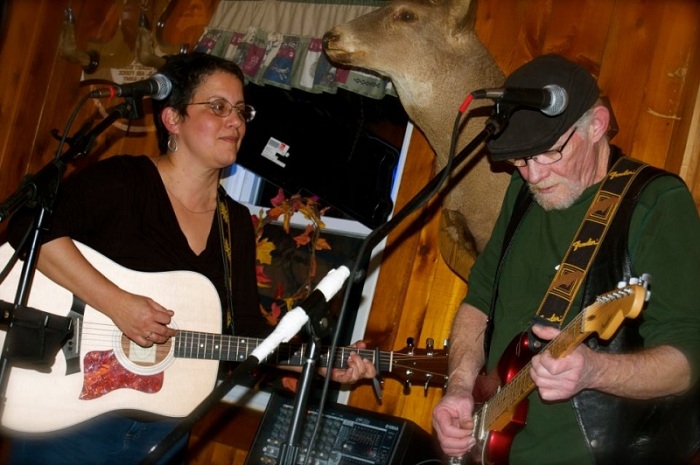 "I think we are starting to go back to that in certain genres, like blues and jazz. I have a good feeling for the future of music as long as people can keep this going and there are folks that will listen, it will come full circle."

It cuts through the nonsense, gets to the heart of things and that is what I feel people are looking for now more than ever. I think that people want to hear of true life experiences that they can relate to at any age. So not only the lyrics, but the actual music itself that we hear in blues and jazz conveys this.

What's been your experience from traveled cross the US and busking? Do you remember anything funny?

This was when I was much younger and I was not so cautious. I learned quite a bit about the kindness of strangers. One of the funniest things was when I was stuck in the West, I found I was able to make more money working at a “dude” ranch, making sure tourists didn’t fall off of their horses, than I did playing in bars! Kind of made me wonder if I made a poor career choice.

What’s the best jam you ever played in? What are some of the most memorable gigs you've had?
The best jam I ever played at was a private party. I was invited because they “needed a girl to sing” so in I walked into a room full of guys. Had a blast!!! My most memorable gig was a very small one in Churubusco, NY.  The place was silent when I was singing, as it was a concert venue.  I could almost hear people breathing. I only did a couple of covers so some would sing along if they knew the words. I stopped singing and just played listening to the audience as they sang and they sang even louder! In full harmonies! When my short set was over, the place erupted with applause. The songs were mostly originals and so I was completely moved by the audience’s reaction. It was only my second time performing after my long break from it. I felt a real connection there. I find this in the small venues and house concerts. 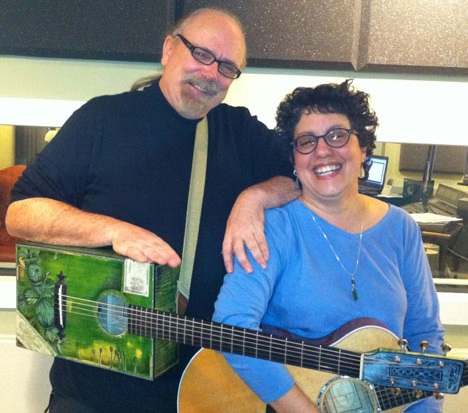 The meetings right now that are most important are mostly from people who come out and listen and tell me their stories…many of which are hidden in my music. My best advice ever was from bluesman Tas Cru (photo) who told me to listen to the silence between the notes. That silence is where the soul is for me. My songwriting changed from that point on. That opened up a difference in style for me.

I don’t remember too much. They were benefits and there were only a few. He was very kind and even though back then, I was the “warm-up” act, I was treated with respect and as one of the group. I was only 17 or 18 at the time.

I think much of the music I hear recorded is almost too clean. I am not sure if it is our desire to have things so perfect that you can’t have a single finger squeaking on a string, not sure. Many of the songs from a few years ago had more grit to it, more substance. The vocals and harmonies were real, not note for note perfect to the point where they sound manufactured. I think we are starting to go back to that in certain genres, like blues and jazz. I have a good feeling for the future of music as long as people can keep this going and there are folks that will listen, it will come full circle.

Which memory from Long Island’s coffeehouse scene and later in New York State and Colorado makes you smile?

Not one memory really. Just the people mainly and that I am still friends with some of the musicians and friends I made during those days! That I still remember the words to many of the songs from that era…that is a big one. What was fun was the college coffeehouse circuit. Got paid, had a place to stay and dinner too. For a 19 year old on a tight budget, it was like gold! There were always people wanting to sit in too, and that made it even more fun! 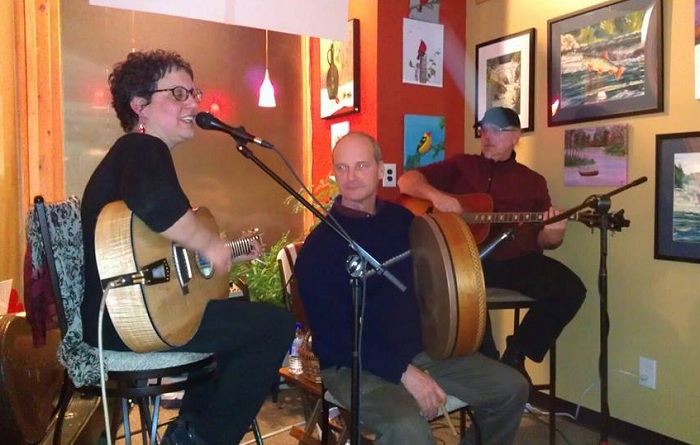 "I have stayed pretty close to my folk roots, but my style has developed more into the bluesy end of folk. I love to sing it. Since my voice is so low, I can have fun with it!"

What does to be a female artist in a “Man World” as James Brown says? What is the status of women in Folk Blues?

I think it is a lot easier now than it was back then. I think that women in Folk Blues are being heard more and people like what they hear. There are no women singer/songwriter/musicians that I know personally that I have shared a stage with, they all have been men. That being said, I find that personally I have been treated professionally and as an equal and have just had the best time making music with them. I guess I am just one of the boys!

I learned when I am struggling though anything in life I know there are many before who have too. I know that by singing the blues be it my own or someone who has recorded a true masterpiece, it is all healing. I hear someone’s song and think… “yup, I’ve been there.” I guess we all speak from the same heart.

This is mostly from the guys I tend to share the stage with. It is that we all have this bond, this thread we all weave as we play the same places. The crazy stories I hear about situations, equipment failures, not the best gigs, yelling at the GPS while driving through a new city…that kind of thing. My personal favorites are from what exactly inspires a song. It may not be what one would think! So the sharing of these things with these guys, even some I have met at shows, when we talk about guitars and things, makes me feel like I  am part of a huge family and that is important to me. 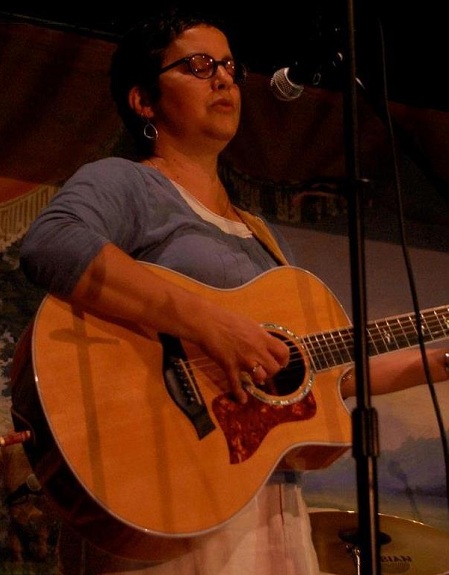 I would want to go back to about 1983 or so, when I packed away my guitar and said “done, no more!” I stopped playing music that day. I thought it would be forever.

I would want to tell that woman that she was making a huge mistake. It has been very hard starting over. But I guess if I did that, I wouldn’t be answering these questions then, would I? But still I wonder what would happen if I could take that day back.