"Though the blues, I learn it's okay to feel my feelings, all people, regardless of race or background share this feelings. I feel, in some way, the blues unites the world"

While practicing on his guitar, in the mid 70's, Tommy Warren began working lights with a local band, eventually setting in on drums. He was hired by a local teen band and soon afterwards became the bass player. He played The Battle of The Bands in '81, and worked the Mississippi Delta Circuit with the band Stepchild. During the early 80's, they played the local scene with blues icon's like Paul-Wine-Jones, Mammie (Galore) Davis, Butch Mudbone, Cobb Brothers, Bobby Rush, Syl Johnson, Mckinley Mitchell, opening for The Grass Roots and Rockabilly legend Mac Allan Smith, also impromptu gigs with Jamie Isonhood. In 1986, Tommy landed in Texas, where he began to experiment with writing and recording for the next 15 years. 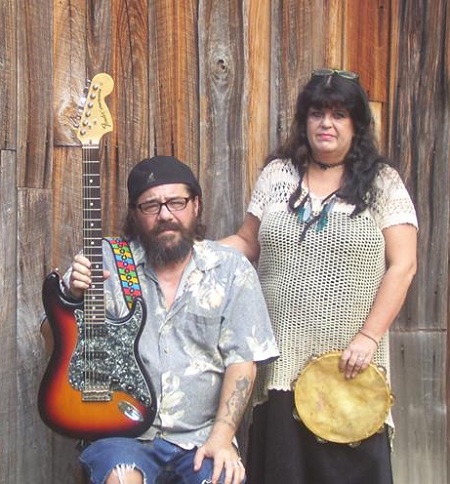 Being friends, Lisa Cobb had shared her passion for writing with Tommy, with songs she had written about him. Also leaving the delta, with his encouragement, she sought out bands to let her sit in, doing Janis Joplin and Fleetwood Mac covers. Continuing to write songs relating to her journey's, she often entertained her co-workers with songs she wrote. After a 22 year separation, Tommy, returning home, inquired about Lisa, and they reconnected in 2002. Residing in Vicksburg, they formed the band Lightin' Tom, playing the Vicksburg blues scene, on stages with Lucille Ridges, Ossgood and Blaque, and Bud Carson. Lightin' Tom, along with the Vicksburg Blues Society All-Stars, hosted a Blues Jam at the Bottle-Neck Blues Bar, and entered the International Blues Competition, meanwhile at home they had begun recording their original songs. Returning to their home town of, Belzoni, Ms. in 2006 Tommy and Lisa played locally at Pollie's, they began slipping their songs into their shows, and soon their songs were being requested. At that point, they made a decision to take a step forward to promote their songs. In 2008, Tommy, with band Slick Davis, played the Pine Top Perkins festival in Belzoni Ms., along with Bobby Rush, Ms. Slim, and Bill Able. In 2012, old school mate, Bill Able, hired Tommy to play bass, after hearing about their mission to put out their original songs, Bill gave them a spot on his show, playing Mississippi blues clubs such as, Ground Zero, Po'Monkeys, Hopson Plantation, local blues festivals and venues.

Though, they still play with other musicians, they record and work on presenting their music as Burlap Rebellion. Playing an acoustic, they record in a home based studio, after deciding on a certain song, vocals are recorded, Tommy comes back adding guitar, bass, drums, and keyboard. Adding a Texas twist to the Delta Blues, with their broad musical influences, their love of all music is presented in their sound and writing abilities, inspiring them to participate in keeping Mississippi Music alive.

Lisa: Though the blues, I learn it's okay to feel my feelings, all people, regardless of race or background share this feelings. I feel, in some way, the blues unites the world.

Tommy: I learned early, that I could hit a lick, on my guitar, and people would dance and smile! It's the ultimate communion tool. 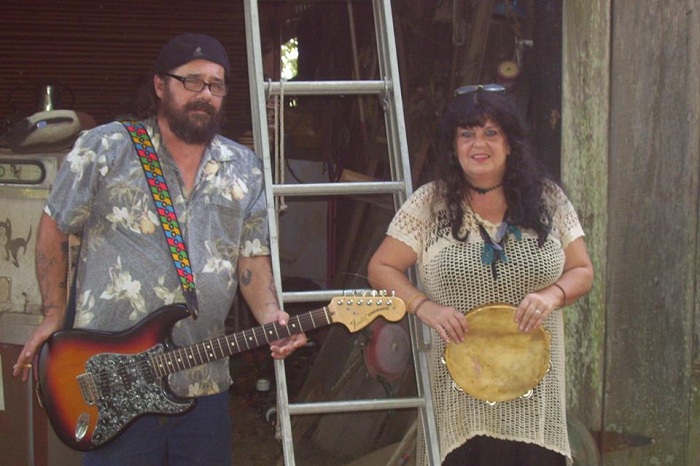 "I love the old stuff, it's hard to beat, but the blues must grow and stretch, so it stay vital and moving forward."

How do you describe Burlap Rebellion sound and progress, what characterize your music philosophy?

Tommy: Being born and raised here in the Mississippi delta, and living in Texas for 20 years, soaking in the influences of both places, I now find, that every song we write or play comes filtered through the blues, deep rooted and powerful, no matter rock, soul, country, blues it has that flavor.

Lisa: Because of how the blues touches life, everyone can relate.

Tommy: It has a sense of community, something real for musicians and fans alike.

Tommy: Man there have been many, when you are trading licks with other musicians is always fun, for the band and the crowd.

Lisa: Some my first gigs at Pollie's, Belzoni, Mississippi, That's where we decided to throw our originals, and the next week- end, when we showed up, people requesting our music, Big Smile !!!!!

Tommy: Playing with Paul-Wine-Jones, playing bike day 1981, playing Ground Zero the first time, and the famous laundry mat gag, I was smiling like a butcher’s dog!!!!! 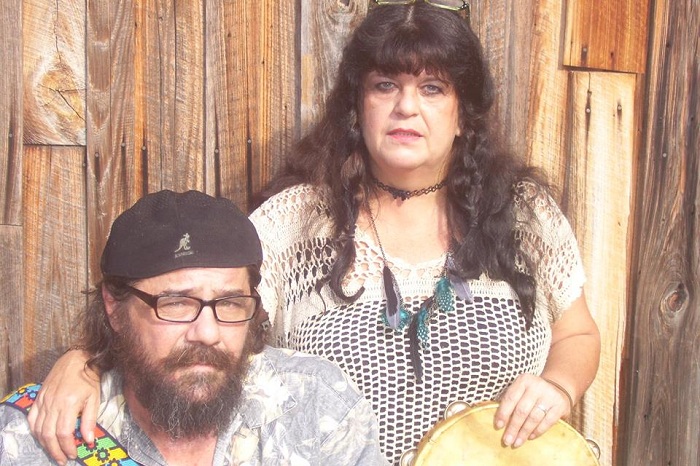 "I miss the simplicity, as the world advances, music advances. I hope I continue to keep it real and I fear the world will stop feeling?"

Lisa: Getting with Tommy, he's been my mentor, though his faith in me, we are able to make music! My Father told me, “No matter how pretty or how rich you become, you're still going to have problems".

Tommy: Holland K. Smith was kind to me in Texas; on his jams he would let me do my thing, for a whole set and Paul-Wine-Jones shared his stage and said do your thang!

Lisa: I miss the simplicity, as the world advances, music advances. I hope I continue to keep it real and I fear the world will stop feeling?

Tommy: I love the old stuff, it's hard to beat, but the blues must grow and stretch, so it stay vital and moving forward.

What are the lines that connect the legacy of Mississippi Blues with the other local scenes?

Lisa: All music, are connected, by there roots, like Muddy said, "the blues had a baby, and they call it country, jazz, and rock'n'roll! "The blues as an art form are valid because the feelings of people are still valid."

Tommy: Last year we played with Bill Able, at the north MS. Hill Country-blues picnic, there was a little boy watching the blues play, looked about 3 yrs. old, he was having fun, they let him hit the drums between sets, priceless!

Lisa: If you’re keeping it real, then yes, it exists!

Tommy: YES, the blues as an art form are valid because the feelings of people are still valid.

Lisa: I would love to go back in time and spend the day with my father, go listen to live music and dance; he influenced me musically, and had faith in me.

Tommy: The late 1950's & early 60's, when Elmore James and Sonny Boy Williamson were playing the live radio show on the street, in my home town, Belzoni, Mississippi. 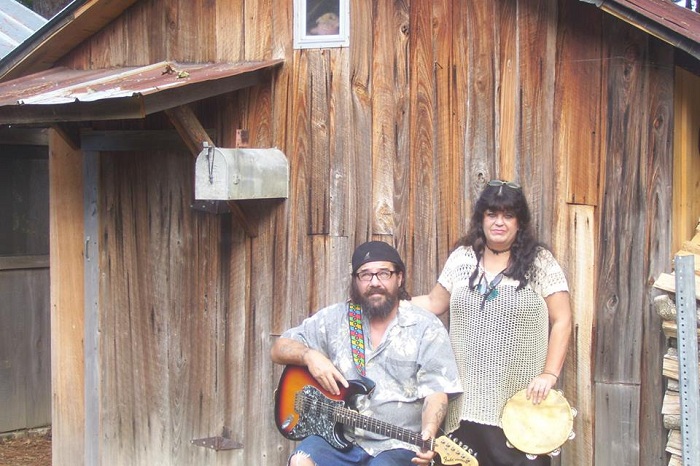