"What the blues means to me is that it is the stories of life experiences, both good and bad. The music called “Blues” is a school unto itself that requires study and understanding as a basic form of black American music."

Pianist Sid Morris as a teenager in the 60’s he began playing piano in a blues band with South Bay blues pioneer Gary Smith. Gary later introduced him to pianist Alberto Gianquinto, a San Francisco native who was a member of the original James Cotton Blues Band. For a short time in the early 70’s, Alberto was his mentor. Currently residing in San Jose, Sid has been performing since 1970 and continues to be an active member of the San Francisco Bay Area music community. Raised in Houston, Texas before his family moved to the South Bay, Sid performed at the very first San Francisco Blues Festival in 1973 and subsequently appeared at four other SF Blues Festivals. During his early years on the scene, Sid was mentored by Alberto Gianquinto. In 1976, Sid participated in the now legendary recording of the album, Blue Bay, an anthology featuring the elite of Bay Area musicians. 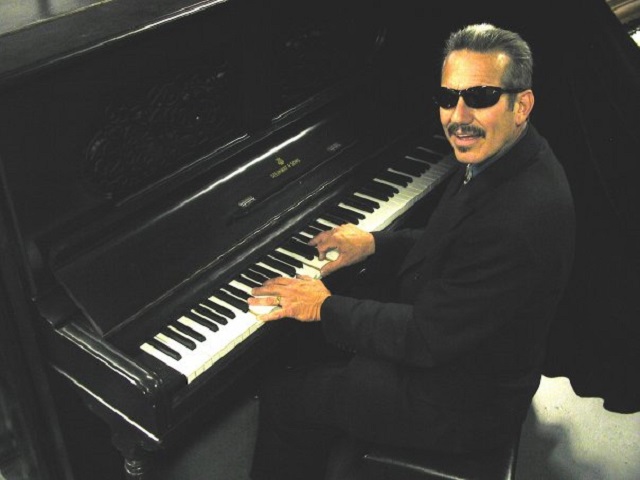 “Take Me Back” (2008), recorded at Kid Andersen’s Greaseland studios and is a collection of piano based blues and boogie-woogie music represents a 40-year span of his pursuit into the rich musical heritage that is American blues. Having seen the blues tradition come to life in the San Francisco South Bay Area during the cultural explosion of the 1960’s and watching it mature over the last 4 decades, he’s thrilled to be able to, with a lot of help from his friends, released these recordings that represent Sid’s passion for music. Sid says: “It needs to be mentioned that in this current season of my life I’ve had the good fortune to have “Kid” Andersen as both the recording engineer for this entire project, and the guitarist on most of the tracks. Kid’s efforts and remarkable abilities are the reason these recordings happened”.

What I learn about myself is that I simply love the blues. What the blues means to me is that it is the stories of life experiences, both good and bad. The music called “Blues” is a school unto itself that requires study and understanding as a basic form of black American music.

How do you describe Sid Morris sound and songbook?

My style is mainly post-war barrelhouse blues piano with an emphasis on Chicago, New Orleans, and West Coast traditions.

My love for traditional blues as opposed to contemporary blues. To capture its essence goes beyond musical ability, it is an understanding of cultural expression. 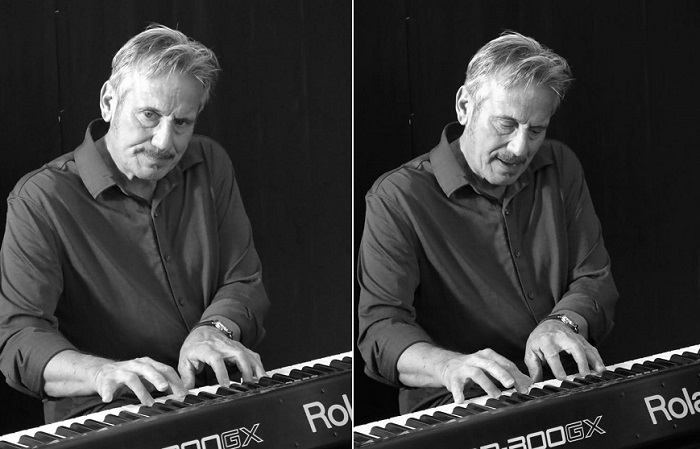 "The future will take care of itself. My hope is that there will always be an interest in traditional blues, and that it will stay alive and relevant." (Sid Morris / Photos by Joe Lempkowski)

What were the reasons that you started in the 60’s the Blues/Folk/Rock searches and experiments?

The 60’s were a time of cultural explosion that brought indigenous American music forms into the open. Blues was the form that moved me the most, and it remains that way.

My most important influence was from being mentored by Alberto Guinquinto, a blues pianist from San Francisco who performed with the James Cotton Blues Band from Chicago, back in the 60’s. Alberto was a true pioneer in the sense that he stepped out of his normal life to pursue a career with original, authentic blues performers. Although he was a brilliant musician, Alberto also had the soul of a true blues man, and the time spent with him had a profound influence on me.

Are there any memories from gigs, jams open acts and studio sessions which you’d like to share with us?

My favorite memories are when I was young and meeting blues legends for the first time. For example, I was fortunate to do some gigs with legendary Chicago blues drummer Francis Clay back in the 70’s. He was very gracious to me and I found that that was typical of most of the real, authentic blues men.

Once back in the late 70’s our band got our equipment stolen out of the van. Of course it was a very bad day because we never made any real money back then (or now!). Anyway, at that time our guitarist also worked with John Lee Hooker. When John Lee found out about the theft, he offered and played a gig with us. With his name on the show we were able to make some extra money to buy new equipment. The only thing he asked for himself was a bucket of fried chicken! Of course we were honored because of his graciousness. "My love for traditional blues as opposed to contemporary blues. To capture its essence goes beyond musical ability, it is an understanding of cultural expression." (Photo: The Houserockers)

What I miss the most is that all the blues legends are almost gone.

The future will take care of itself. My hope is that there will always be an interest in traditional blues, and that it will stay alive and relevant.

It would be good if local blues musicians could actually earn living wages. The money has always been too low and this isn’t likely to change.

What are the lines that connect the Blues with Boogie-Woogie and continue to Jump, Rhumba and beyond?

These music forms share common components, and are distinguished from each other by the regions and/or times they came from. It helps me to know when and where each song (or artist) came from.

What has made you laugh lately and what touched (emotionally) you from the S.F. Bay Area music circuits?

I live in the South San Francisco Bay Area, which is San Jose. We enjoy a thriving local blues scene here that currently offers support for blues musicians. It’s actually a very unique environment. This certainly has not always been the case and I don’t take it for granted that it will last forever. 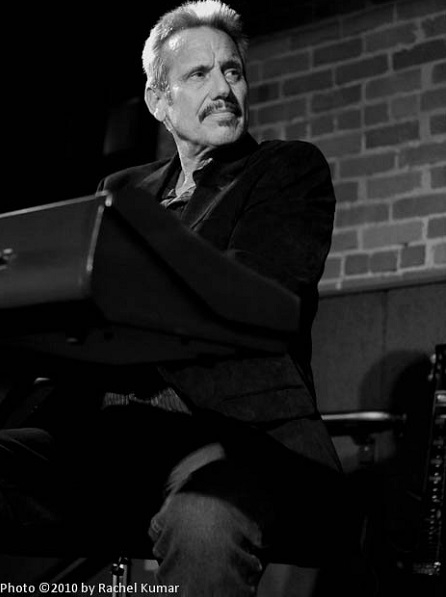 Never stop learning and never lose the desire to learn.

"My style is mainly post-war barrelhouse blues piano with an emphasis on Chicago, New Orleans, and West Coast traditions." (Photo by Rachel Kumar, 2010)

Probably back to the 50’s in places like Chicago, Texas, New Orleans or the West Coast when the various post-war blues styles were developing and goin’ on.