"Everyone experiences the blues every day. The way we deal with the blues can make us deeper, stronger people or weaker, victims of life’s hardships."

Steve Riley, of Mamou Louisiana, is a widely acknowledged master of the Cajun accordion and its singularly powerful sound. There has never been an official competition among Cajun accordionists. Whenever a contest does arise, Steve Riley usually wins it, or judges it. Despite the lack of official metrics or quantifying factors, it remains true that most people think Steve is the best there is, and very few would argue the point. His playing is a standard by which timing, phrasing and ingenuity are measured on the royal instrument of South Louisiana. That, combined with his searing, emotional vocals, songwriting, soulful fiddling and onstage front man charisma have led many to refer to the band simply as “Steve Riley.” For many, that would be enough, but for this band, and its devoted fans, there’s much, much more. Steve Riley and the Mamou Playboys began over twenty five years ago with a reputation for excellence. Their stunningly clean and cohesive performance of Cajun French music from the backwaters of Southwest Louisiana propelled them into the world music limelight early on, and by their third release, Trace of Time, had garnered them a Grammy nomination in the worldwide field of traditional folk music, another in 2004 for Bon Reve, in 2009 for Live at the New Orleans Jazz & Heritage Festival and again in 2011 for their latest release, Grand Isle. From the day they started, they have gone from strength to strength. Never before in Cajun music has a comparable wealth of skills been brought to the same table. When all that heart and all that skill focus on the revelry of a hot two-step, then turn on a dime and deliver an a cappella ballad, then play something that sounds like Howlin’ Wolf fell in lust with a Creole girl, you’ve found the most Cajun music you can find in any one spot. You’ve found Steve Riley and the Mamou Playboys.

Everyone experiences the blues every day. The way we deal with the blues can make us deeper, stronger people or weaker, victims of life’s hardships. It’s a fine line between the two at times, especially here in the deep south. The blues are a main ingredient in Cajun and Creole music and singing about the blues makes life better for sure!

How do you describe Steve Riley sound and songbook? What characterize your music philosophy?

We’ve been together for 27 years, have recorded 14 records, and have covered a lot of musical ground in that time, but the common thread in our sound is Cajun and Creole, fiddle and accordion based music, sung in 3 part harmony often, constantly pushing the limits of our traditional music.

With a band full of musicianship, songwriters and innovators, we are always pushing each other and the result can be heard on our recordings and in our live performances! 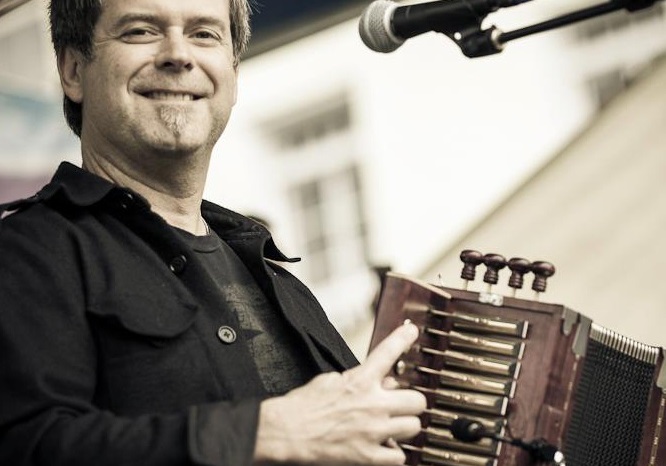 The music culture of south LA is one of the richest in the world. It’s the birth place of jazz, rock and roll, and Cajun & Zydeco music. The incredible music along with the Cajun/Creole language and food have generated a worldwide love of all things south LA!

Meeting Dewey Balfa at age 15 was definitely a turning point in my young music career! Dewey was my hero and I had the opportunity to play with him from age 15 until his death in the early 90’s. I learned so much from him. Musically and how to present myself and our music and the history behind it all. Meeting David Greely at age 18 led to the formation of the Mamou Playboys. It was the beginning of a great partnership that lasted 20 plus years. Dewey told me that music was freedom and to always be open to everything when it comes to music. David told me to stay focused and true to myself and to do what I do best. Both bits of advice basically define how I approach what I do as well as the sound of the Mamou Playboys. Free, open, focused, and knowing what works best!

I’m very lucky that there are so many people I love making music with and I get to do it often! It’s the best therapy there is! I’ve had the opportunity to record with Paul Simon, Robert Plant, Eric Clapton, and others. All great, unforgettable experiences in addition to all of the amazing live shows and tours around the US and the world with the Mamou Playboys and the Lil Band o’ Gold! 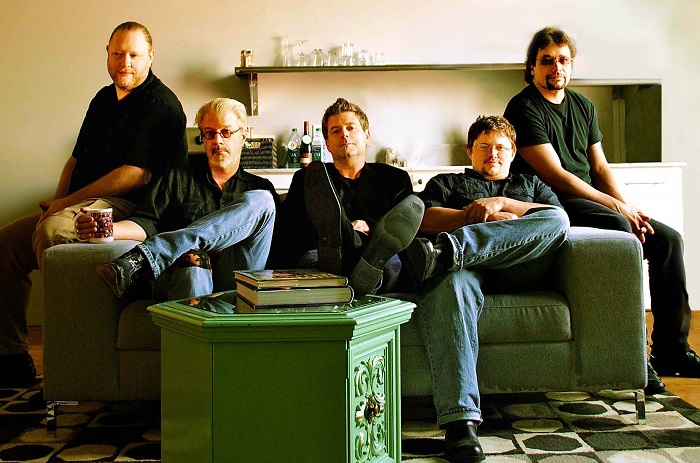 "The music culture of south LA is one of the richest in the world. It’s the birth place of jazz, rock and roll, and Cajun & Zydeco music. The incredible music along with the Cajun/Creole language and food have generated a worldwide love of all things south LA!"  (Photo by Gabrielle Savoy)

In many ways I feel like the toughness, grit, and edginess of music gets watered down from generation to generation. A lot of that is how life changes from generation to generation. It’s just the way it is. No one will ever sound like the old records and artists we learned from. But, there are a lot of great artists making great music, so I feel good about the future. Our culture and music are as viable now as they’ve ever been. The future is bright!

Completely flip the way things are. Have roots music and indigenous music be what is commercially the biggest thing!

What are the lines that connect the legacy of Blues, Jazz and Rock n’ Roll with Zydeco and Cajun French music?

It’s all related. All music in some way has a common thread. We have all those sounds/styles around us down here and we borrow from them all.

My kids, who are learning to play music, make me laugh all day. Seeing them and other kids learn and doing so well is a beautiful thing! 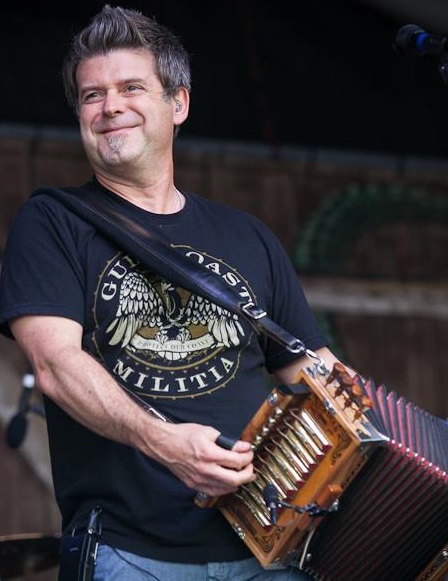 It’s a rich melting pot down here, people of many backgrounds who have co-existed for generations. It is what makes this area so special and unique. Musically, we borrow from one another often and have for a long time. It’s an atmosphere that has created some of the best music in the world!

"The blues are a main ingredient in Cajun and Creole music and singing about the blues makes life better for sure!"

A few places. To my great-grandfather’s time in Mamou in the early 1900’s, to the 50’s and the birth of rock n roll or to the Beatles heyday in the 60’s. Those are all magical times in my mind!