"Every culture in the world has some form of the blues. You can't master the blues but you have to confront it, you have to deal with it."

Though multi-instrumentalist David Olney is a folk singer at heart, he incorporates wide-ranging inspirations from honky tonk to rock into his standard repertoire. Born in Rhode Island, Olney moved to Nashville during the early '70s and became a major player in the city's underground folk/country scene. He gained a contract with the folk label Philo several years later. Though his first half-dozen albums were recorded before the end of the decade, Olney's output during the '80s slowed considerably. He returned to Philo in 1995 with High, Wide and Lonesome, recorded with an impressive cast of roots rock all-stars -- Rick Danko, Garth Hudson, Sneaky Pete Kleinow, Rodney Crowell, and Brian Ahern, among others. Real Lies followed in 1997, including contributions from John Prine and Garth Hudson, while 1999 brought Through a Glass Darkly. 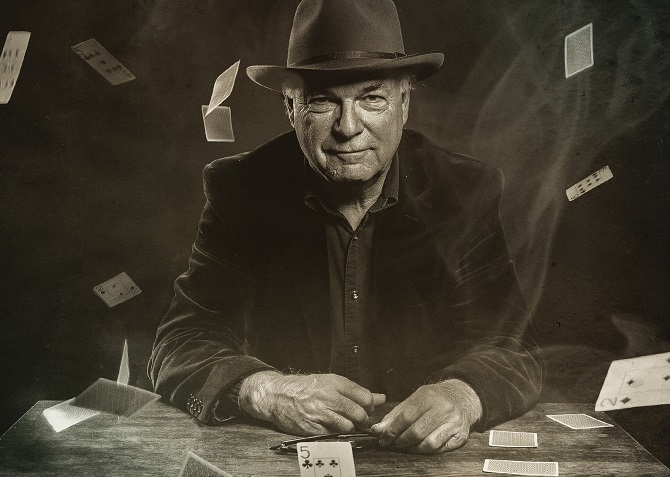 The prolific David Olney infuses his live performances with an intensity that converts many new listeners into die-hard fans. Mr. Olney’s intelligent compositions radiate that same intensity and have earned a place as one of the most respected singer-songwriters in the world today. His songs have been recorded by Emmylou Harris, Linda Ronstadt, Lonnie Brooks, James King, Dale Ann Bradley, Ann Rabson, Tim O’Brien and others. He has released more than 20 albums over four decades, including six live recordings, and performs worldwide.

Showcasing yet another talent, David Olney has become synonymous with Classic Poetry as new fans have flocked to several of his stellar video recitations posted on YouTube, such as Samuel Taylor Coleridge’s “Kubla Kahn”; Brownlng’s “My Last Dutchess” and others. In late 2009, David began a weekly live broadcast - called "You Never Know" - sharing music, songwriting insight, good humor and wild stories. Master storyteller released in Jule 2014 his latest studio album, When the Deal Goes Down, on Deadbeet Records. This summer he did his debut as a Shakespearean actor in the annual Nashville Shakespeare in the Park Festival.

I play a folk based brand of rock. Early exposure to blues, especially Jimmy Reed, influenced me. When I first began playing in clubs I played folk songs with some blues thrown in. Bob Dylan changed the landscape and I took up writing songs. As a writer I try to be as clear as I can and at the same time be entertaining. I never write only for myself. I always imagine somebody listening. 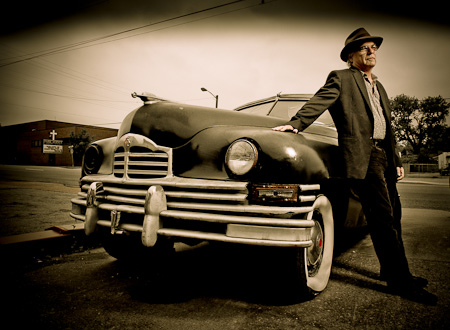 I was raised in New England but moved to the South when I was in my teens. Being near the source of so much music that I loved was exciting for me. I felt I was suddenly close to songs that had seemed so distant before. The move triggered something in me. I felt liberated, free to go anywhere my imagination took me. And of course it took me into songwriting and performing. But I was always aware on some level that I was not really from the South. I felt a bit like an outsider, like a guest. That outsider point of view turned out to be something of an asset for me as a writer, I think. I wrote about other people. I searched for the odd point of view. I developed a sense of how others felt. I think that added a certain theatricality to my songs.

How important was literature and poetry in your life? What is the relationship of music with poetry?

I have always read a lot. Besides being a cheap source of entertainment, literature gives constant lessons in how to tell a story. In high school I read Robert Browning's, My Last Duchess. It was a dramatic monologue and it floored me. An Italian Duke is speaking of his former, now dead wife. He is cruel and monstrous but totally unaware that he is seen by others as anything but highly civilized. That fascinated me and I have used that technique in many songs. A character is baring his true soul without being the slightest bit aware of it. Jerusalem Tomorrow, and Robert Ford and Jesse James are songs that employ that technique.

When I moved to North Carolina I met a woman, Marcia Wilson, who started a club called the Cat's Cradle in Chapel Hill, North Carolina. Marcia and I were very close and the Cradle became the center of the music scene in that area. It was a magnet for all the musicians and song writers at that time. It became the center of my life. I met two Carolina musicians there, Tommy Goldsmith and Steve Runkle. They were the first guys I knew to head off for Nashville. That put the idea in my head and a year or so later I moved to Nashville myself. "Go to Nashville" is the best advice I was ever given. 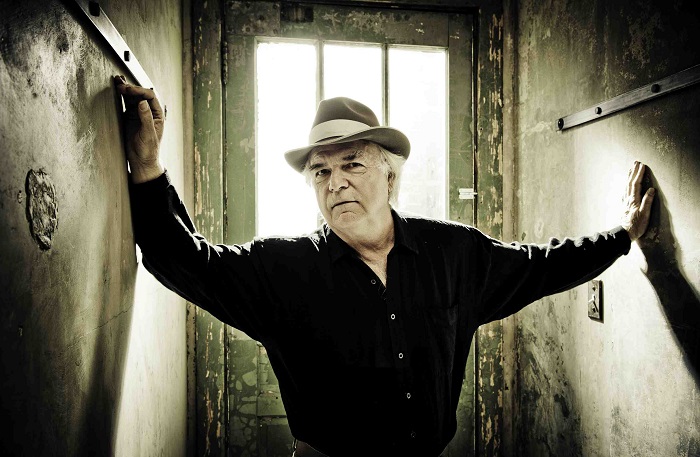 "The Blues is a musical form that demands honesty. It's forms are simple but in no way easy. It can be a lifetime's work to figure out how Howlin' Wolf does what he does."

From the musical point of view what are the differences between: Music City and the other local scenes?

To move to Nashville was probably the first adult decision I had made in my life. All musicians in Nashville come from some place else. They were part of a local scene and had done well. Someone had said to them, "You're good. You should go to Nashville." Once you get to Nashville you've become a small part of a large and important scene. The stakes are immediately higher. You don't move to Nashville to make friends. You come here to make your mark. The musical bar is set high here. If you are a guitar player you've got to be really good to be noticed. Same for songwriting. Not all the music and songs are great that come out of Nashville. Some of the worst stuff I have ever heard, I heard in Nashville. But the ideal is transcendent. I'm proud to be a part of the scene here.

I grew up in the sixties and the music I heard was wonderful. The radio was a magic box that voiced all my hopes and dreams. What was popular in the culture, The Beatles, Aretha Franklin, Bob Dylan, was the best the culture had to offer. That was the key: the culture was offering the music. It was not dictated by the great corporate beast. Labels could not predict a Jimi Hendrix or a Janis Joplin. They could only react when these strange folks appeared on the scene. It was heavenly music but it was risky business. The powers that be finally prevailed in their attempts to run the show. The beautiful wild horses are safely locked in the stables. Some time in the future the pendulum will swing and the wild horses will escape. We'll ride them someday. 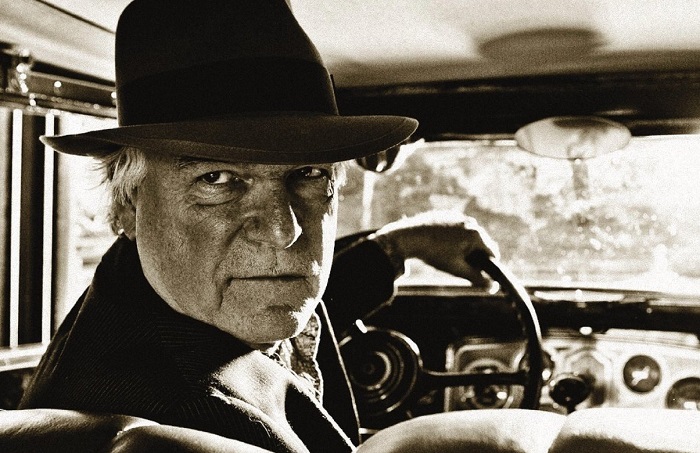 "I play a folk based brand of rock. Early exposure to blues, especially Jimmy Reed, influenced me."

The Blues is a musical form that demands honesty. It's forms are simple but in no way easy. It can be a lifetime's work to figure out how Howlin' Wolf does what he does. Every culture in the world has some form of the blues. You can't master the blues but you have to confront it, you have to deal with it. To me it is the place where music and songs begin.

What are the lines that connect the legacy of Blues with Folk and continue to Rock and Country music?

In the presence of William Shakespeare or Johnny Cash I would be very, very quiet and listen very, very hard to what they had to say. I might at some appropriate moment offer my deepest thanks.

Then I'd steal their notebooks.

I think I would like to travel to Vienna circa 1910. I'd check out the art. Look up Freud. Stop World War I from happening. If that didn't work out I could at least get a good cup of coffee and some great pastry. Wish me luck.