"Blues is honest—it’s about life, good and bad."

Stacy Mitchhart’s musical journey began in his native Cincinnati, Ohio, in a home where jazz guitar masters like Wes Montgomery and Johnny Smith were played on the stereo. Therefore it was natural that he gravitated to the six-string. As a child he saw the outrageous Little Richard on a TV show and was captivated by his showmanship. Little Richard looked and acted differently than anybody he had ever been exposed to. Today, Mitchhart has created his own brand of showmanship that brings audiences back again and again. “I heard Springsteen, Zeppelin and Pink Floyd, but that stuff never moved me,” he recounts. “When I saw Bobby ‘Blue’ Bland and B.B. King, I knew what I wanted to do. Since then, my playing’s just gotten more focused and aggressive with time.” Another serious inspiration was Cincinnati guitarist and singer Frank Hedges, a musical preacher whose sons were also in Mitchhart’s first band. Mitchhart has always been a bandleader. He developed his sound and stagecraft at the helm of four groups in Cincinnati - climbing the pinnacle of the city’s blues scene. He also began his recording career there, with 1993’s Blues Transfusion. Since then he’s made a dozen more albums, culminating until now in 2009’s critically heralded Grown Ass Man and 2010’s Live From B.B. King’s. By the early ’90s he was the top blues act in Cincinnati. But when he played his first gigs in Nashville 18 years ago, he knew he’d found his musical home. Nearly two decades later, that hasn’t changed. Mitchhart’s name is still synonymous with “blues” in the most rapidly growing city along the Cumberland River and he’s still playing 200 of his annual dates without leaving home. Stacy Mitchhart’s new album is titled Live My Life and it stakes out bold new territory for the veteran entertainer. The set’s 12 tunes are raw, direct and visceral - just like the high-energy concerts that have won Mitchhart a devoted international following and made him the ambassador of the Music City blues scene. The results are a mix of down-home blues with a splash of soul that serves as a springboard for Mitchhart’s canny storytelling and meanly elegant guitar.

I guess the first thing I learned was that Blues music moved me more than any other style. I could play any other style of music, but when I played Blues I would sweat and put all of my soul into it.

Blues is honest—it’s about life, good and bad.

How do you describe Stacy Mitchhart sound and songbook? What characterize your music philosophy? 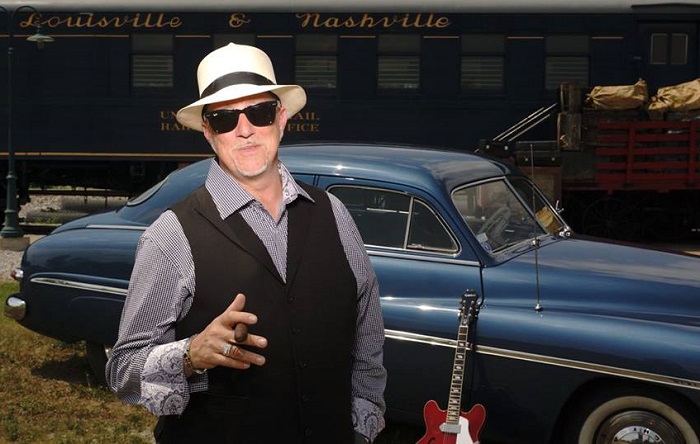 "My fear is that the 'Blues Purists' (we call them 'Blues Nazis,') will continue to think that  newer Blues artists (who push the boundaries), as not playing 'REAL BLUES.'"

I think the biggest Blues following now is comprised of Classic rock guitar lovers. A lot of the newer Blues artists and songs really reflect that genre. The music is more real and straight-shooting.

Spending time with Bobby Bland and Keb’ Mo’ meant a lot to me. The best advice was from Big Ed Thompson when I was about 18 and thought I was “the shit.” He told me to go home and listen and try to understand the difference between playing the Blues and “PLAYING” (as in feeling and understanding) the Blues. He told me not to come back until I was sure I was ready. He also told me to slow down.

I try to pass that advice down to younger players, and I also tell them to understand and treat this like a business!

I’ll never forget one of the shows where I was opening for the O’Jays and Mikki Howard. We were in Louisville, Kentucky, and we went on first. After we finished, half of the crowd came out to the lobby to meet me and buy CDs. The next act (Mikki Howard) wasn’t received very well at all. The next night we had the same lineup in Nashville, Tennessee. Mikki Howard insisted on going on first (instead of following me) and also brought in additional backup singers and rehearsed right up until soundcheck. The O’Jays did their check, I did mine, and then Mikki’s band did theirs. The show started and Mikki went on. They went over much better this night. Then we came up. My band started and then introduced me. I came on stage, picked up my guitar, and hit the first note. It didn’t make a sound. I went back and looked at my amp—and all of the knobs had been turned to zero. (The guys in the previous band were the only ones that had access to change my settings.) I just chuckled to myself and put the settings back to normal and did my show. We nailed it again and outsold all of the other acts in merchandise and got an encore.  I’d seen this old trick many times on the chitlin’ circuit shows I’d played and been to, as well as at talent shows and showcases. It’s such a childish and petty thing to do. I feel like I got the last laugh.                     Photo by Duan Davis - Images by DUAN 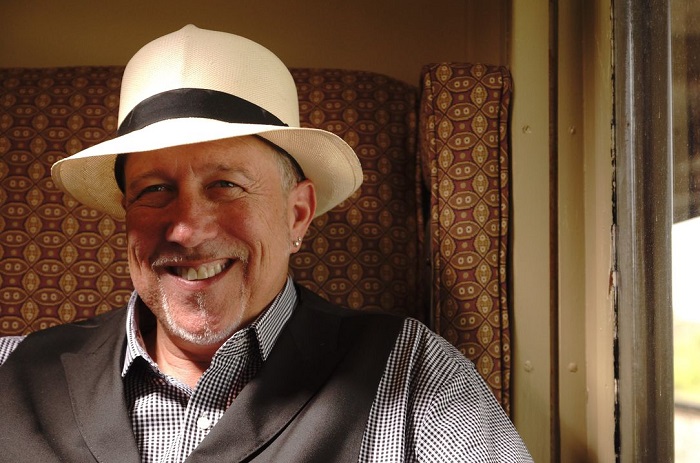 "I guess the first thing I learned was that Blues music moved me more than any other style. I could play any other style of music, but when I played Blues I would sweat and put all of my soul into it."

I miss the “Show” of it. The horn sections with choreography, The flashy clothes, The big bands. It’s kind of hard to pull that off these days. You get looked at as being kind of hokey. Life is just a bit more relaxed and casual now.

My fear is that the “Blues Purists” (we call them “Blues Nazis,” LOL) will continue to think that  newer Blues artists (who push the boundaries), as not playing “REAL BLUES.” When the last of the older guys die (there aren’t many left), they will stop supporting the  advancement of the genre.

My hope is that we continue to push forward and progress the genre while always acknowledging the roots of Blues music.

That artists and radio formats would just be MUSIC instead of being categorized. Being called a Blues artist can sometimes get in the way of radio play and event bookings. I love my Blues, but my show is so much more than just 1/4/5 shuffles and slow Blues tunes. Some radio programmers and event promoters have a very narrow concept of what Blues music is.

What are the lines that connect the legacy of Blues with Soul and continue to Country and Rock n’ Roll music? 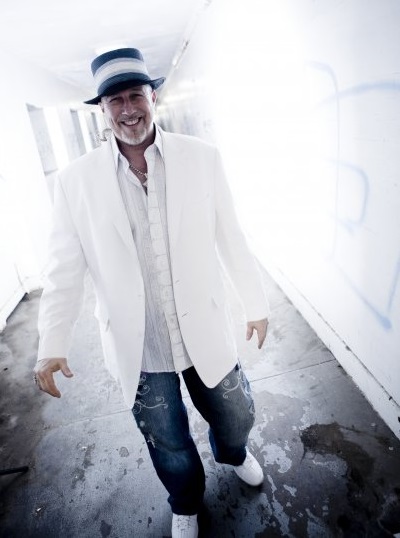 "My hope is that we continue to push forward and progress the genre while always acknowledging the roots of Blues music."

I laugh at the fact that every Southern Soul chitlin’ circuit record has synth drums and horns and keyboards. This is real music with real stories and emotions, Where are the real instruments? Unfortunately, this is a direct result of the lack of $$ in that market.

Emotionally, when it’s an Artist out there playing it for real (not singing to tracks), it does my heart good to see it.

Do you know why the lap steel and cigar box guitar is connected to the Blues? What are the secrets of?

Homemade instruments are tied directly to the Blues by the nature of their existence. If you don’t have the means to purchase an instrument, you try to make a version of it to play. When a guitar is tuned to an open chord, it is easier to start playing songs. I think slide started because of that. I mean, when you have metal wire nailed to the side of your shack, you can only play it with a slide. You can’t play with your fingers and fret it.

The secret is to find the voice of each particular instrument and translate it through your playing.

I’d like to see Muddy and Wolf at the Checkerboard Lounge in Chicago in the ’50s, Maxwell Street Market. That whole Chicago scene back then for a day.

Is it easier to write and play the Blues as you get older?

It’s a bit harder because my writing comes from stress and drama and situations. The older I get, the more I try to figure ways to diminish and lessen those factors as a form of self preservation. Ha ha—good luck with that! 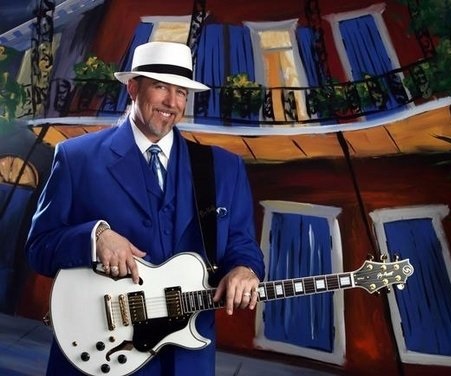 My dream? I’m basically living it. I get to play music and make a living at it. I’m stable and can provide for my family and the families of my band members. Every year it feels like I’m still moving forward, doing a bit better each year. I’ve come a long way and I’ve got more to go—but I don’t have regrets or excuses.

Happiness is—what I feel inside at the end of the day, after seeing the looks and emotions on the faces and in the hearts of the people I’ve just performed for. Oh yeah—and my favorite guitar, amp, woman, drink, food, motorcycle and Cadillac!!LOL!