"The youngers never heard the real blues men and ladies."

Dutch Bert Lek is well known as a photographer, reporter, promoter, radio producer and networker. He was born in Zoetermeer, raised in the Hague, Nederland. Bert since the mid-seventies active in the Dutch blues world, in blues society L'Esprit sharply placard stating that he for his years of dedication to the blues in the Netherlands, he received the Dutch Keeping The Blues Alive Award 2013. Bert since the mid-seventies has been active as a blues photographer, while a quarter century blues festivals co-organized, including An Evening With The Blues, which originally took place in Tiel but has moved to Rotterdam. 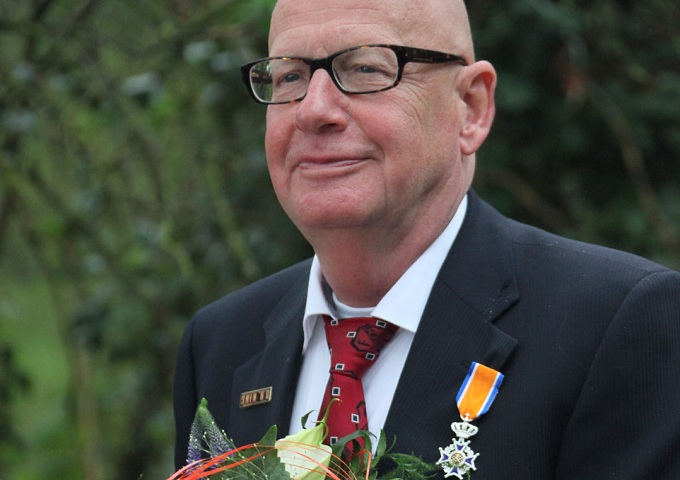 Berts has versatility as a missionary of the blues called Except as organizer of 22 episodes of An Evening with the Blues. In 2013 Lek received Dutch royal honors for his blues activity. He lives in Geldermalsen since 1973. His first blues concert was John Mayall in 1969. He's photographer since 1979 and as promoter started in 1989. He's radio host at "Sundown Blues" (1984-1997) and "An Evening With The Blues" (2008-until now). Bert presented his Blues photos in various exhibitions at North Sea Jazz Festival and Amsterdam Blues festival. His favorite festivals are: Moulin Blues, North Sea Jazz, Belgian Rhythm & Blues festival, An Evening With The Blues, Zoetermeer Blues and King Biscuit Festival.

You are photographer, reporter, promoter, radio producer and networker. How do you describe your projects?

It started as a photographer at 1969 my first concert was John Mayall & The Bluesbreakers at the Circus Theatre, The Hague. I stopped until 1979. (Married in 1974 with Tineke) When Music Centre Vredenburg opened in 1979 I was asked by Rien Wisse of Block Magazine to make the pictures of the concerts. Later when there was no writer I tried to do my best to write an article about the concert.
Radio work with my friends started I in 1984 for 13 years a blues program under several names. After a break of 9 years we are now already back for five years every Wednesday night from 20.00 until 22.00 at www.rtvbetuwe.nl with An Evening With The Blues.
Festival: I was asked to set up a blues festival at Tiel, Agnietenhof theatre, It started in 1989 and ended there in 2012. A year later we started again in Rotterdam at LaterenVenster, but smaller.
In the meantime I started at Heerlen Southern Bluesnight but handed over to John Hendrix. He is the promoter there. But 5 years ago I was asked to do it for Odeon theatre at Zwolle. Nowadays I still do 4 small concerts a year at my hometown.
Networker: I’m asked for information about groups, to advice festivals about the direction to go to, etc. From whom have you have learned the most secrets about the blues? What does the “Blues” mean to you?
I started with my brother Jan. He owned a blues café at the Hague and took me to Rotterdam to AFB.

When was your first desire to become involved in Blues music?

The English Blues boom with The Animals, Pretty Things, Early Stones and later Jimi Hendrix with Rock Me Baby. By B.B. King, who is behind this name? So I Find out and became a fan and friends with B.
My first large festival was the American Folk Blues festival 1972 at The Doelen, Rotterdam.

The best concerts I saw of B.B. King at the Music Center Vredenburg, Rod Piazza at BRBF Peer Belgium.
Freddie King concert at the Vliegermolen, Voorburg and the Luther Allison concerts again at Vredenburg and a lot more at the North Sea Jazz festival.
During my three visits in America. B.B. King Home Coming, King Biscuit festival in Helena and The Crescent City Blues festival in New Orleans.

What do you miss most nowadays from the old days of blues? How has the blues changed over the years?
The Chicago sound, black artists. It changed over to blues rock with Walter Trout, Popa Chubby and Joe Bonamassa. The youngers never heard the real blues men and ladies. 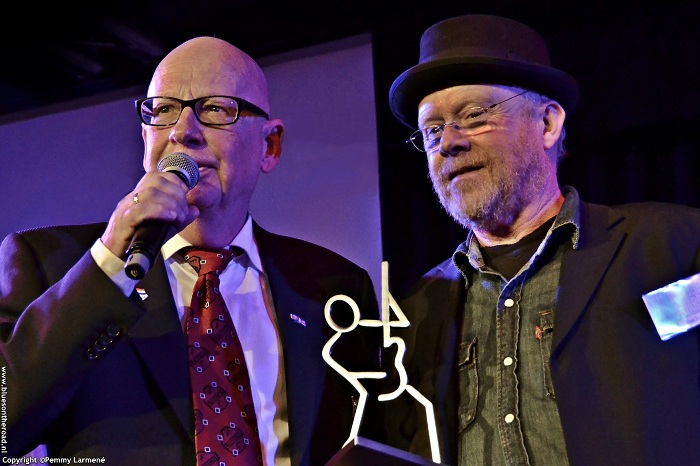 Make an account of the case of Nederland Blues scenes. Which is the most interesting period in local scene?

We have just a few groups: Fossen & Struijk Band, Robert Smith Blues band. They play the old Chicago stuff.
Fat Harry and the Fuzzy Licks and Little Steve & The Big beat great swing blues.
Every weekend there is a lot of (inter)national groups you can wonder. Especially in the surroundings of Rotterdam.
The most interesting period was back in the sixties with Livin’ Blues, Cuby + Blizzards, Rob Hoeke Rhythm & Blues Group, Q65 and a lot af other good groups.

Why did you think that the Blues Culture continues to generate such a devoted following in Europe?
I’m afraid as I said before It will die. Think about the original jazz. It’s very small.

What's the legacy of Blues in the world culture and civilization? What are your hopes and fears for the future?
Very small there is no big money in blues and if they change it to the pop market. (Robert Cray)

Martin van Olderen, the Dutch mentor of the blues and Paul Acket how to organize concerts and festivals. 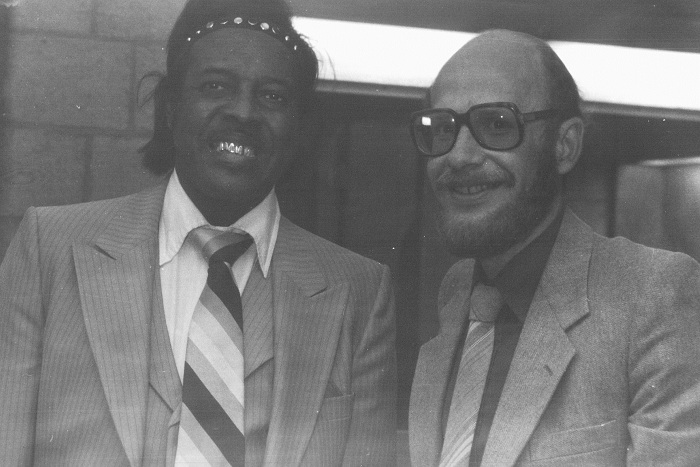 What has made you laugh lately and what touched (emotionally) you from the local Blues scene?

Laugh about the ticket price of Joe Bonamassa concert in Amsterdam next year march. More than 100.00 Euro!
I started crying a year ago at the (Robben) Fossen & (Peter) Struijk concert at Moulin Blues festival, Ospel. Due to the fantastic guitar playing of Peter Struijk.

If you could change one thing in the European blues scene and it would become a reality, what would that be?
That the big festivals contract black American artists again...

What is the strangest desire that someone have request in the shooting? Which memory makes you smile?
That’s not a blues artist, but the husband of Celia Cruz, a famous Salsa singer. She couldn’t sit because her step in.
Clarence Gatemouth Brown. “Which side of me you want? Face or money (back) side?” A great guy.

Where would you wanna go with a time machine and what memorabilia (records, photos etc.) would you put in?
Back to Chicago in the fifties with Sonny Boy, Elmore James, Sam Cooke, you name it and I take the nowadays (video) recordings possibility with me. 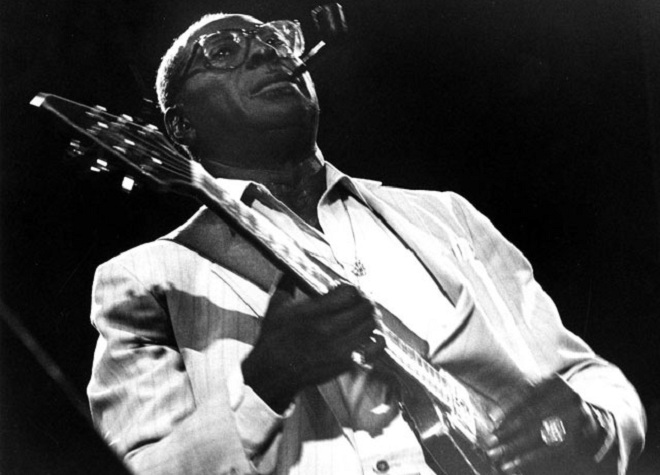