"The best advice I know of is - Don't fret over things beyond your control."

Reynold David Philipsek is an American musician, jazz guitarist, singer-songwriter and poet. Reynold has been a professional musician since he was fourteen years old. He has appeared on nearly fifty recordings either under his own name or in support of other artists. His work as a jazz guitarist has been favorably reviewed in Guitar Player Magazine, Acoustic Guitar Magazine, Vintage Guitar, Billboard and Down Beat. He has toured with jazz singer Connie Evingson and played with French Gypsy Jazz master Dorado Schmitt during his 2005 U.S. tour. He has made numerous television and radio appearances both local and national. 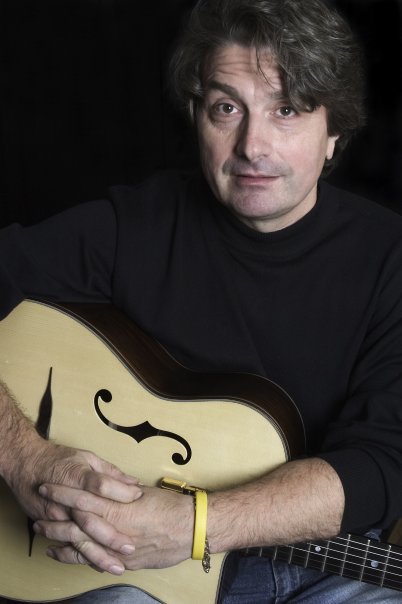 According to the BMI catalog, Reynold has composed 210 songs. He was nominated for a Minnesota Music Award three times between 1994 and 2006. He was also a Guitar Player Magazine nominee in the Jazz Poll six times. Reynold’s music is strongly influenced by Django Reinhardt but also has strong American post-bop roots where, among his many influences, he counts Wes Montgomery and Pat Martino. His albums feature primarily original compositions, though jazz standards are also sometimes essayed. His influences as a composer include Piazzolla and Monk. Active as a composer and performer, Philipsek can be seen as a solo performer, and in numerous collaborative efforts. Philipsek has performed in support of national and international acts such as Connie Evingson, Clint Hoover, The Wolverines Big Band, Glen Helgeson, and Patrick Harison. Philipsek played with French Gypsy Jazz master Dorado Schmitt during his 2005 U.S. tour. On August 28, 2010, Philipsek was one of two opening acts for Leo Kottke at Bayfront Festival Park in Duluth, Minnesota. In addition to writing, arranging and performing, Philipsek has been a guitar instructor and has provided instruction to more than 3000 students in both individual and group settings. Philipsek with East Side Quartet releases our second album Astoria (2014). The stylistic basis for the group was combining elements from blue note era "soul Jazz" and their conception of Nuevo Tango.

What do you learn about yourself from the jazz culture and what does “Jazz” mean to you?

What I have learned about myself from Jazz comes mostly from the element of improvisation. When you improvise you are forced to be "in the moment."

This "being in the moment" is an important thing to learn and apply generally to everyday life itself. Technically Jazz could be said to be a lot of things but what it primarily means to me (beyond any discussion of history, harmony or rhythm) is a way to view life. To be able to improvise in any situation in order to make your life an ongoing and evolving story.

How do you describe Reynold Philipsek sound and songbook? What characterize your music philosophy?

My songbook and sound is ever evolving but I have to say that this evolution has crystallized in the past few years. More and more my taste for certain harmonies and how to create a sense of drama or levity in music has become more clear. My philosophy as it applies to my music is: Brevity, clarity and concision. I want to get to the point of each song quickly and directly and convey whatever the mood or attitude is in a simple and direct way. That way I can express myself without pretense or excess. "If I could go back in time and place I would go to early 1930's Paris and hang with Django and later that day with Maurice Ravel."

Which meetings have been important experiences for you?

When I was quite young I met legendary guitarist Pat Martino and we still correspond to this day. His philosophy as it pertains to music and life have influenced me. I also met Joe Pass at a very young age. I saw him play in a small club in Los Angeles and asked him for lessons. I was playing in a small band in L.A. At the time. His approach was very simple and direct. I was impressed by his total lack of ego. His biggest lesson for me was "don't overthink and keep it simple and singing."

I began playing professionally at the age of 14. I literally have played thousands of gigs in my life. I have also done a lot of recording on either my own projects or those by others. It's difficult to come up with any single event of note. I can say that I have seen just about everything. Playing and traveling brings the musician into contact with elements both good and bad. I am thankful that I have made (for the most part) healthy decisions.

While I enjoy music from the past of all kinds I think it is important that these historical elements are used to forge something in the present. I try to synthesize these elements with my own vision to create something that is "now" not "yesterday." 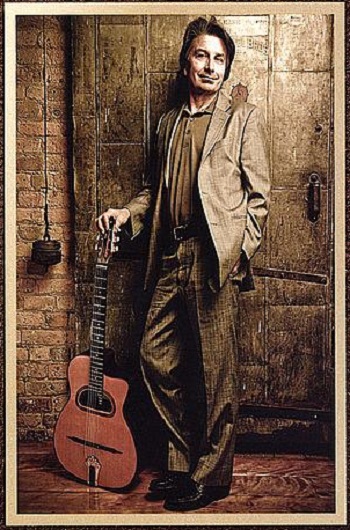 I guess the thing I would change (if I could) would be to create a little more equity. Sadly in the music world only a few musicians really reach an audience. I don't begrudge these musicians their success but I wish that many of the truly great composers and players who toil in obscurity could be heard and appreciated by more people.

"My philosophy as it applies to my music is: Brevity, clarity and concision. I want to get to the point of each song quickly and directly and convey whatever the mood or attitude is in a simple and direct way. That way I can express myself without pretense or excess."

Why did you think that the Django Reinhardt music continues to generate such a devoted following?

I first heard Django when I was 18 years old. I loved him instantly. Gypsy Jazz was not as popular then as it has become. Therefore I didn't start to incorporate my love for this music into my thing until around 1998. I think the great European Gypsies like Bireli, Tchavolo and Dorado are the main reasons for this recent popularity.

What are the lines that connect the legacy of Jazz with World Folk music and continue to Blues and Rock n’ Roll?

To me all music is connected. My ancestors come from Eastern Europe and this has given me a great appreciation for the folk music of all cultures and a taste for classical music from Chopin to Ravel and Bartok. The basis of much of a Jazz comes from the Blues. In this way I don't see the differences as much as the similarities in all music.

I play a monthly gig at a place called the Global Market which is a venue for many restaurants and shops from many countries and cultures. I am always touched by the response of this diverse crowd. It proves to me that music is a universal language.

The best advice I know of is - Don't fret over things beyond your control.

If I could go back in time and place I would go to early 1930's Paris and hang with Django and later that day with Maurice Ravel. 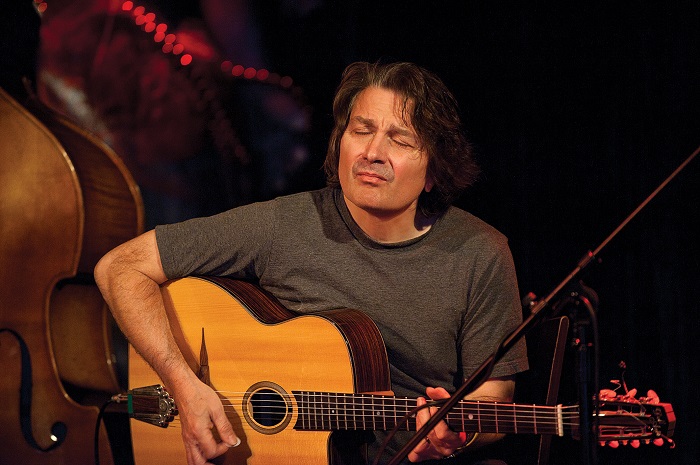