"Music has always influenced the world. Blues certainly has."

Jimmy Smith: A Life of Music

Jimmy Smith is a veteran keyboard player based in San Francisco Bay area. Shortly after turning 5 years old, Jimmy Smith met what would become his lifelong passion, the 88 keys of the piano. With little patience for lessons, he learned to play by listening to the radio. It was the '50s and rock was stretching its legs along with Jimmy. With formal music at school and all manner of music at home, the garage was the stage in those days. Bands with names like the Jaguars and the Viscounts fostered a love of performing. And then it happened— the Hammond organ rose up and it was love at first listen. There were many more bands and lots of different styles of music that followed. Over the years, Jimmy’s keyboards have partnered with a diverse group of musicians and bands, including Doyle Bramhall III, Steve Kimock, Luther Tucker, Charlie Musselwhite, Nick Gravenites, Norton Buffalo, Larry Graham, Robert Palmer, Guitar Shorty, Little Jimmy Reed, Kenny Neal, Freddie Roulette, Sonny Rhodes, and Tia Carroll. Jimmy's bands have opened for such greats as Bonnie Raitt, Tower of Power, Little Feat, and the Average White Band. Now, all those years of music combine to bring the Jimmy Smith Band to center stage. With some of the greatest blues and R&B musicians in the San Francisco Bay Area making up the band you know it's going to be happening. Jimmy Smith, a long time blues sideman has put together a tight team of musicians that can rock the house, make you dance and bring the blues to you with their special edge.

What do you learn about yourself from the Blues and Soul music and people and what does the blues mean to you?

For me the blues and all music for that matter brings me closer to the world and the people in it. I can reach people through music that I could never share with any other way.

What were the reasons that you started the 88 keys researches?

I started at a very early age, my parents bought me lessons but I didn't like them. I had a natural ear from an early age and preferred to figure the songs out myself without the music.

I’d like to think that I’m a blend of Gregg Allman and Leon Russell. Both of those cats really speak to me in tone and style. As for the songbook, I try for a good variety of blues and R&B and put my spin on them.

Why do you think that Hammond B3 continues to generate such a devoted following?

It’s an amazing instrument, with unlimited sounds and expressions, that’s why I love it. 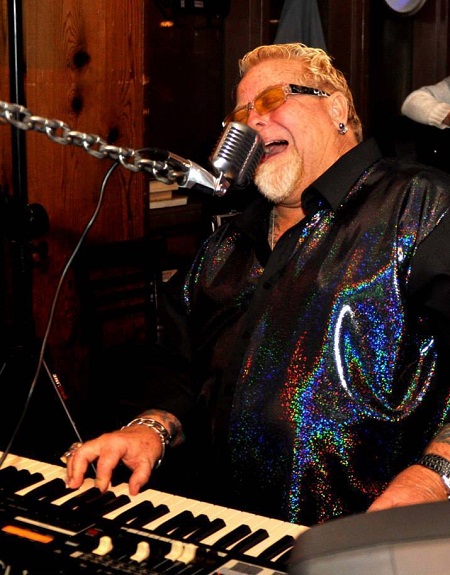 What are the secrets of?

If I tell you they won’t be secrets anymore will they?

"For me the blues and all music for that matter brings me closer to the world and the people in it. I can reach people through music that I could never share with any other way."

Growing up in the 60’s I was surrounded by all this new adventuresome thinking and opportunities and I was eager to experience all of it...

I have had the opportunity to meet and play with a huge group of musicians over the years. I have learned and shared with all of them. Sometimes about music sometimes about life, they and everyone you meet can teach you something if you're willing and open.

Leave some room for the other guy.

Are there any memories from Luther Tucker, Freddie Roulette, and Sonny Rhodes which you’d like to share with us?

Luther Tucker just showed up to play, a easy going guy and a joy to back. Freddie Roulette is a monster on that lap steel. 1st time we played “Sleepwalk” I got goose bumps! Sonny Rhodes was all business, calm and dignified. There are so many stories, I have been very blessed.

This is an easy question to answer. In the old days there were lots of places to play not just the blues, but all kinds of live music. Today they are few and far between. 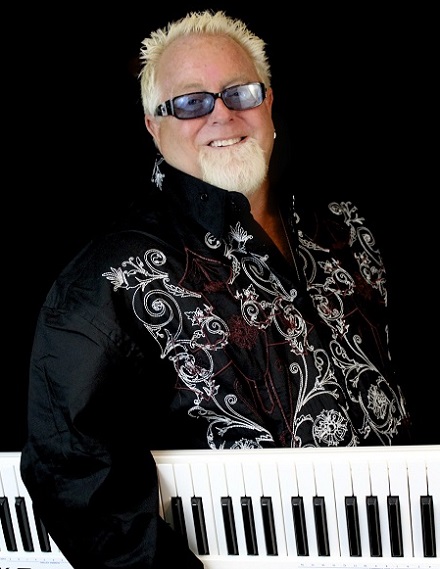 I try and live in the here and now. Fears don’t rule my life. I hope live music and the blues live on even as the audiences grow smaller.

"I’d like to think that I’m a blend of Gregg Allman and Leon Russell. Both of those cats really speak to me in tone and style."

Make an account of the case of R&B in Bay area.

Easy! Sly and the Family Stone, Tower of Power Cold Blood, and on and on and on! So much great music here in the SF Bay Area.

What are the lines that connect the Blues from coast to coast?

I hear guys discussing east coast, west coast the styles from all over the US bring that lush heritage to the blues and when you stir them all together you get something magical

What has made you laugh from Nick Gravenites and what touched (emotionally) you from Norton Buffalo?

Nick Gravenites is a true old school bluesman. He could be a bit grumpy but he could bring it and still does.

Norton Buffalo was something special both as a player and as a human being. You knew he was special when you 1st met him and then when he sang and played he just confirmed it.

What is the impact of Blues and R&B music on the racial, political and socio-cultural implications?

Music has always influenced the world. Blues certainly has. Today, I’m not sure that the sphere of influence is a broad and it used to be. Just finding where to listen to the blues presents it own set of challenges. But people will write songs about right and wrong and people will listen or not, but the message lives on…

Wow, that takes some thought. Go back and warn President Kennedy? Shoot Hitler? Possibilities are endless. Really, I’m happy here with my life, my wife, my great band. I’d stay here and let you have the trip back. 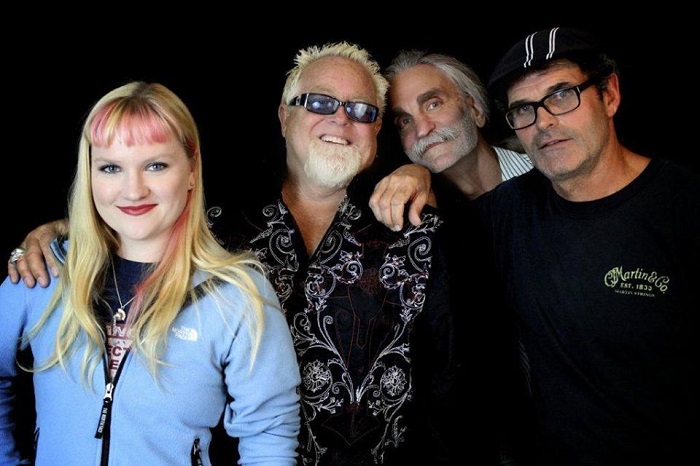