"The blues, as other kind of music, become a vehicle to declare social problems or to communicate all the nuances of the soul."

Pierluigi Petricca: The Vein Of Blues

Italian singer/guitarist Pierluigi Petricca was born in 1968 and has been known in Italy leading the "Papaleg Blues Band". Since this collaboration he had acquired a unique own way to render his emotions trough the 6 strings of the resonator guitar. Thanks to his intense studying of the delta blues masters (Charlie Patton, Blind Lemon Jefferson, Bukka White, Furry Lewis, Mississippi Fred McDowell) he acquired the capacity of express himself through the bottleneck. He meets Marco Tinari in 2002 and they joined into the Papaleg Acoustic Duo in 2005. 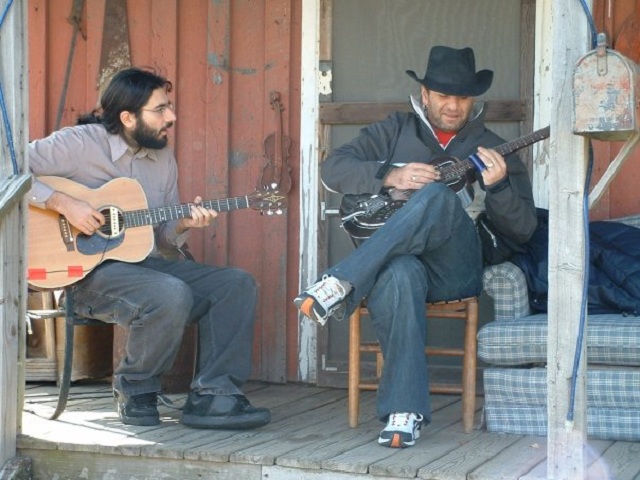 I think is difficult to say what is possible to learn from this particular music style since blues and soul are fused, the blues is a tool to show the own mood, sad or happy or whatever. I remember an interview of Jimmy Duck Holmes, he said that everybody have their personal reasons to play the blues, I think that the blues is strictly personal, is not a matter to use or not a seventh chord, but to communicate your feelings, your mood…it is like to open a suitcase, full of all the things that you kept during the years, and one by one, take out everything.

How do you describe Pierluigi Petricca sound and songbook? What characterize your music philosophy? 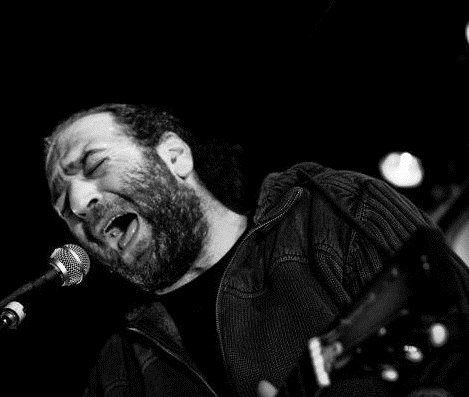 All the things that I write and play come from a long period in which I listened not only the blues but also other kind music that I found interesting, like  rock, folk, traditional music, Son House, Robeto Murolo, Intillimani, Miles Davis and so on. Moreover I have always been fascinating in playing slide, so my music style is made with all these different sound. But I have to say that recently I prefer to "take out" rather than to "add", I am looking for a synthetic method that leads me to minimalistic blues style.

There are such a lot of experiences and  suggestions  that one collects during the years, that  is difficult now to remember one in a particular way, but sure what remain fixed in your mind is what make you grow up. I emotionally remember the meeting with an old guitarist from Abruzzo, I was young and without any experience, I just started to walk in the road of blues, he comes to see me during a gig in a pub, at the end of the concert he come next to me and said: “you have to play the blues notes with open heart and a no worries mind”. Now I know that it could appear like a non-sense because thinking about the academic lessons, we should know that we have to pay attention to each single note while they are played, but what that man told me was one of the most important suggestion that I received.

Are there any memories from gigs, jams, festivals, studio and open acts which you’d like to share with us?

It was a winter night in Mississippi; I was with the half of my duo Marco Tinari. A friend from Nashville, that was with us during the trip in the blues land, suggests to go to visit an old blues player in Cleveland (small village near Clarksdale), Monroe Jones Jr, famous because he played in Chicago during 50’s and 60’s with John Little John. When we arrived he was not alone, another black old man was with him, only later we realize that he was Cadillac John, a known harmonica player. Monroe Johns took out his old Epiphone and invite us to play with him. During the long blues night, they played a lot of traditional blues, in front of our amazed eyes, we felt for the first time the real blues roots and it was like a dream. 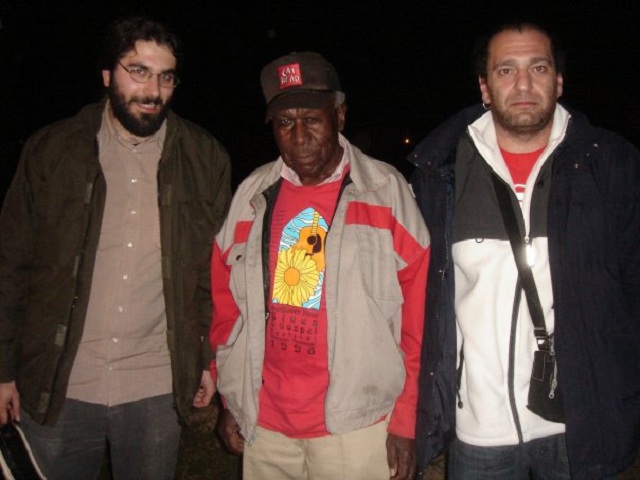 "I think that the acoustic blues is a kind of 'magic dimension' in which the bluesmen are projected when they try to immerge themselves in the story of this music." (Photo: Pierluigi, Marco Tinari & Cadillac John in Clarksdale, Mississippi)

I am not a nostalgic, I like to listen the fathers of blues, but also I think that the music should evolve according with the time that pass by, we can’t regret to don’t have today a kind of music played in  1900. I think that the blues changes during the years because of the “contagious” with other kind of music. Starting from a rural delta blues we arrived to the electric blues, from the soul blues of Ray Charles and Magic Sam to the nowadays of North Mississippi Allstars and Alvin Youngblood Heart, and so on. Obviously, we always have to pay attention of what it is original; all the music played with an artistic and communicative intent, not in a commercial direction I mean, have a good possibility to be a very good music.

I always think about music as art, I mean as the result of the man’s thought, immerged in his tradition, his culture and his own time.

I don’t think that there is something that I would change in music, because the variety and the preference make us one different to the other. Maybe some years ago I thought that there were not so many spaces to propose music but now with internet and technology everyone has the possibility/opportunity to spread/divulgate his own music. 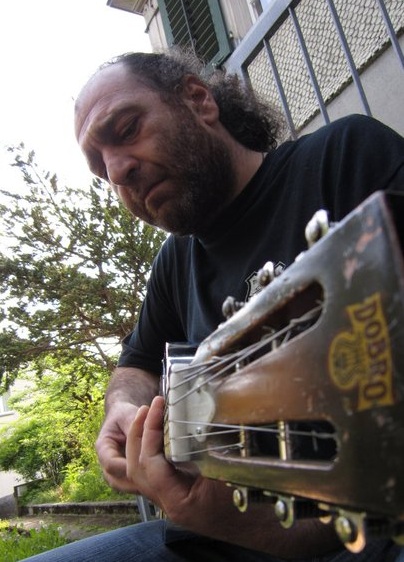 The blues appears in Italy, like in Europe, during 70’s, thanks to the influences coming from England, obviously was a kind of rock blues (Cream, Mayall, etc), very important was also the blues coming from Chicago (Muddy Waters, Willie Dixon, Memphis Slim, etc...). The first blues Italian albums were made at the end of 70’s with Roberto Ciotti, Guido Toffoletti, and others. The scenery enriched in the 80’s with Paolo Bonfanti’s Big Fat Mama, the Mario Insenga’s Blues Stuff and Angelo Leadbelly Rossi. It was in 80’s when the Italian blues festivals start rising with Liri blues, Pistoia blues, and others, since today, when festivals and musicians are increased and the blues scenery is very fervent and full of valid proposals.

What are the lines that connect the legacy of Blues from United States to Italy?

I don t think that there is a special link between States and Italy, the blues diffused more or less all over the Europe, and then acquired the characteristics of each country, taking  the shape of the past and the culture of the people. The blues, as other kind of music, become a vehicle to declare social problems or to communicate all the nuances of the soul.

Today in Italy the new generation of blues musicians is closed to the new American punk blues, they use this sound to complain about the social and political problems that we are living with.

I spent a lot of time in the local blues circuit playing during alcoholic nights, sometimes I laughed , sometimes I cried. Sure when I laughed was for funny reasons, and maybe sometimes I really was touched, but now I cannot say if it was for the beer or for the sweet heart, sometime is better to don t know. 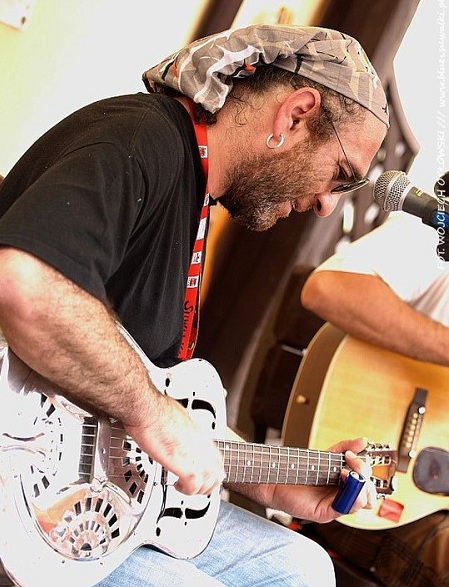 The slide use comes from Africa, from the rudimental instrument called diddley bow, the slaves brought it to America and now is one of the characteristic element of blues, is unbelievable to think that a blues player never used the slide at least once in his life. During the years the use of slide reached a very high technical level, sometime even far from the use strictly linked to the blues, this thanks to some musician, Bob Brozman mostly. Obviously the resophonic guitar is an instrument related to this technique, since the early 900, either for the “metallic voice” either for the loud sound that it makes. The secret of the bottleneck is in how many bottles of whiskey you can drink and how many bottlenecks you can make from these empty bottle.

Why did you think that the Acoustic Folk Blues continues to generate such a devoted following?

I think that the acoustic blues is a kind of "magic dimension" in which the bluesmen are projected when they try to immerge themselves in the story of this music.

Nowadays many artists propose acoustic blues with a modern sound. This is a rural vein of blues that will never disappear because is unbreakable bonded to his origin.

If I could come back I would like to be in 1964, in the Maxwell Street of Chicago, to see a performance of one of my favorite musician, Robert Nighthawk, who knows, maybe a jam…