"The blues has always been with us since the beginning because it is easy to relate to.  Folks will always be playing and listening to blues."

Malcolm Lukens: The Key of Groove 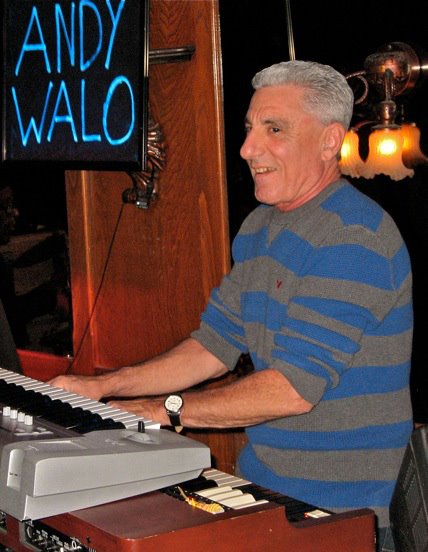 What is the common part all this…? The answer is the keyboard player and singer Malcolm Lukens.

Malcolm, when was your first desire to become involved in the blues & who were your first idols?
I first started digging blues when I was a kid listening to my dad's boogie woogie records (78 rpms, very scratchy), Meade Lux Lewis, Pete Johnson, Hadda Brooks and more.  Then in the mid 50's to early 60's I started hearing rock n roll on the radio, it really bordered on rockabilly but almost always 12 bar blues.  Sometimes the guitar played the same patterns I heard the boogie players playing with their left hands.  Blues is deceptively simple but difficult to master.  It's about the feel.  It offers me a non-verbal way to express myself through my fingers (unless I'm singing). 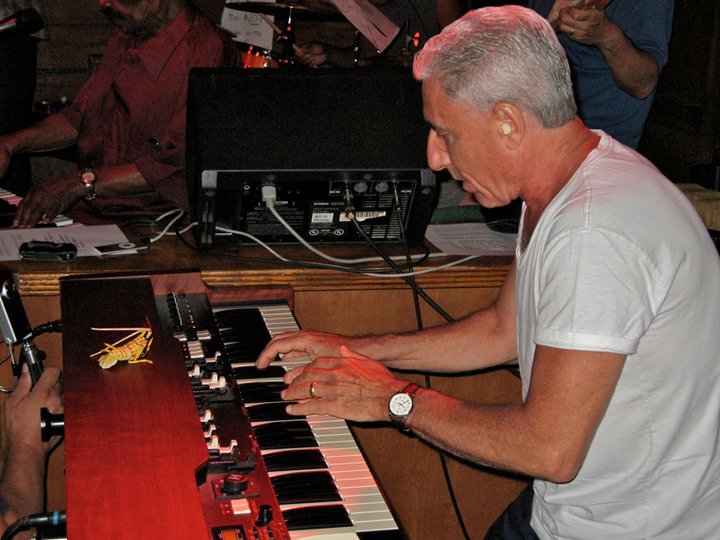 Do you remember anything fanny or interesting from the entire your session works?
Here's when I learned what a great producer does.  1976 Atlantic Studios, NYC.  Stanley Clarke was producing a Roy Buchanan album (Loading Zone) that I was lucky enough to play on.  Roy asked to record a 12 bar blues.  Now mind you, Stanley is one of the best bassmen to ever play the instrument, dead or living.  He tried playing on a couple takes and said it didn't feel right.  Stanley gets on the phone to Will Lee who came in and nailed it in two takes.  Stanley knew how to get the best and clearly had nothing to prove as a bass player.  Nobody can play like Stanley but for that tune he thought Will would be better.  A great producer.

What advice would you give to aspiring musicians thinking of pursuing a career in the craft?
Advice to musicians.  Listen, listen, listen to everything.  Try playing all different genres.  And do your woodshedding.  This will give you the great chops you need.  Good chops are tools that allow you to better express whatever you want to say.  Very important:  use a click track or metronome to woodshed.  Good meter is everything and a click track is one of the best ways to get there.  Also, it won't hurt to learn to read at least well enough for simple charts.  Play with everyone.  You'll learn from the good players and you'll learn what not to do from the bad players.  Also, try to eat healthy (not always easy on tour) and exercise.  You'll play better if you're healthy. 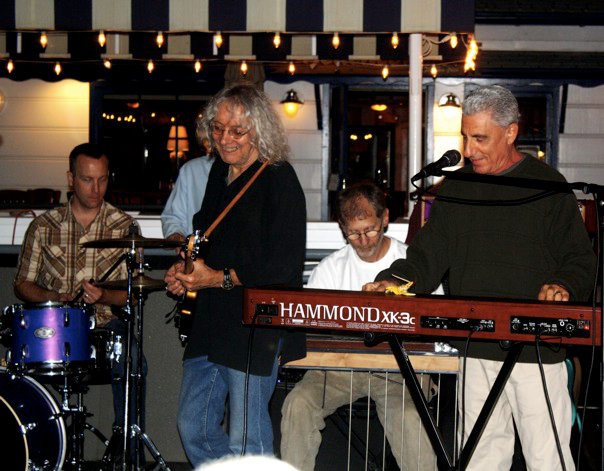 What’s the best jam you ever played in? What are some of the most memorable gigs you've had?
Two come to mind.  I was in the house band at the Beachcomber Lounge jams on the Malibu Pier.  Albert Lee showed up 5 or 6 weeks in a row and it was outstanding.  And the Maui Sugar Mill Saloon Monday night jams in Tarzana where I was in the house band for over a year. There's a different featured artist every Monday who plays a 90 minute show and then an open jam.  The house band backs the featured artist. I played with everyone from Coco Montoya to Lazy Lester to Kim Wilson and Janiva Magness and Debbie Davies and many more.
Memorable gigs?-Carnegie Hall and Austin City Limits (Roy Buchanan).  Blues Alive 2011 Czech Republic (Guitar Shorty).  Last week's Kal David gig where we backed Jeff Golub for some tunes.

Are there any memories from Roy Buchanan, which you’d like to share with us?
An original with his own unique style.  You could hear two guitar notes and know it was Roy.  He was very generous in letting me stretch out on keyboard solos.  That Austin City Limits vid from 1976 is still all over Youtube.  I'll never forget the years touring and recording with Roy.  I miss him. 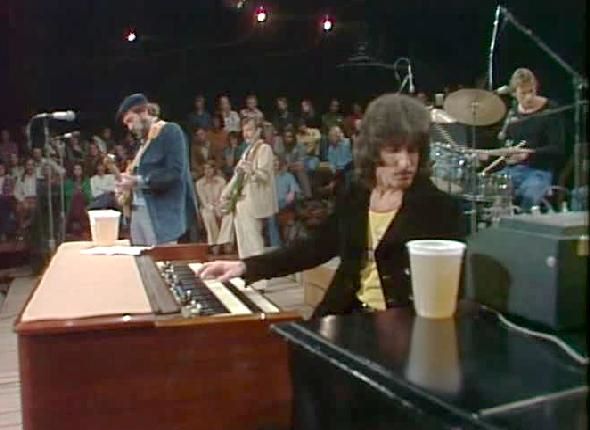 Some music styles can be fads but the blues is always with us.  Why do think that is? Give one wish for the BLUES
This question's easy.  The blues has always been with us since the beginning because it is easy to relate to.  Folks will always be playing and listening to blues.  My wish is that someday it will become mainstream so that we could actually make some real money out of it lol.

Would you mind telling me your most vivid memory from, Albert Lee, Link Wray, Canned Heat?
First time I played with Albert he played that red Albert Lee signature guitar.  He says very little and smiles a lot.  Here's this English guy who's mastered that hybrid finger picking with flat pick style and plays country like he was born in Nashville.  One of my all time favorite guitar players.  It was in the 60's when I was playing with Link Wray.  I was just a kid.  Link was just as cool as they come.  He didn't want to know about B3 and I didn't use the Hammond.  But he loved my '62 Wurly and that's what I used on his gigs.  I played it through a black piggyback bassman that buzzed like hell.  Canned Heat was just a lot of fun last August at a big outdoor festival in Woodland Hills, CA.  I've got a rehearsal with Larry Taylor (Canned Heat bass) this Friday.  They might want to use keyboards again (hope so). 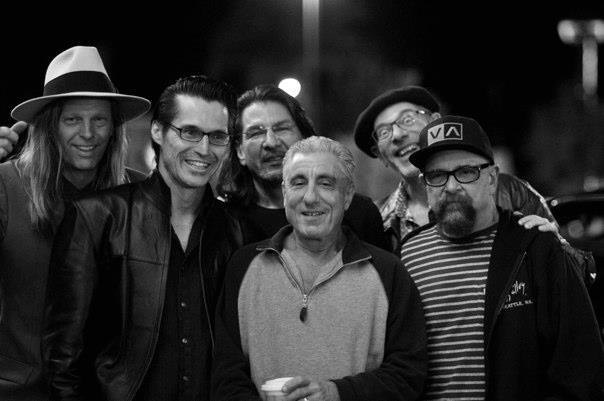 What characterize the sound of Malcolm Lukens and how do you describe your music philosophy?
I like to concentrate on locking into rhythm patterns with my keyboards.  I try to lock into a groove with the drums and bass.  On solos I like to start simple and say something easy.  By the time I'm done I hope I've told a little story that made you feel something.

How would you describe your contact to people when you are on stage?
I like to smile and move a lot and show I'm having a good time.  Sometimes something goes wrong and it's not fun but I don't want the audience to see that.  I figure if the audience sees the band having fun then they'll have fun and you always want your audience to have a good time.

Which was the best moment of your career and which was the worst?
There are too many best moments to list.  Every gig I play with a kick ass band and appreciative audience is a memorable moment.  A couple worst moments stand out from the 70's and 80's.  During those years I had a substance abuse problem.  I'd prefer not to go into detail about those two gigs but you can use your imagination.  Through the grace of my higher power and the MAP/Musicares progam I've been clean and sober for many years now and am heavily involved in the 12 step program. 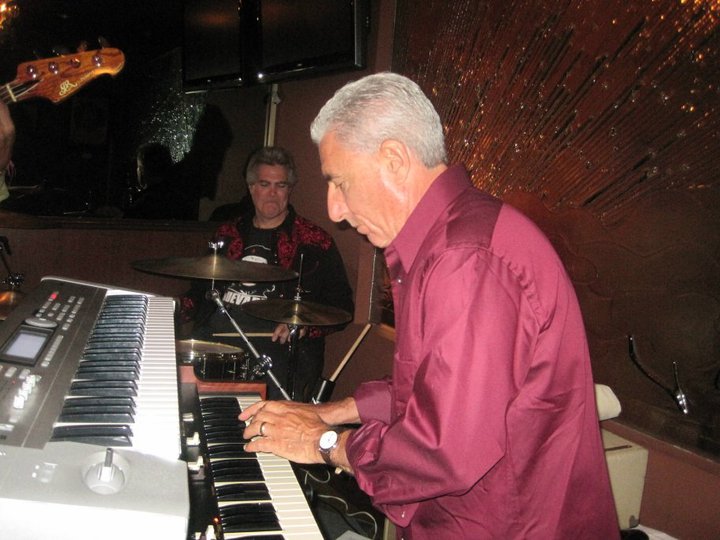 How has the blues business changed over the years since you first started in music?
I think the way the music business has changed is reflected in all genres including blues.  Internet, youtube, downloading, etc. have revolutionized the way music is marketed and listened to.  There is much more music including blues available now.  And videos of anyone you can think of.  Back in the day the only way to see your favorite artists was at a live concert, or maybe one song on a talk show like Johnny Carson, or two songs on SNL.

What is the “think” you miss most from the old good days of blues and rock?
Easy.  The $$ lol.  It seems like the paychecks went a lot farther back then than they do now.

What is your “secret” DREAM? Happiness is……
Also easy.  To play gigs right up to the last week of my life.  Les Paul and Pinetop Perkins both played gigs well into their 90's.  I'm hoping to do the same.  I just turned 65 last month so hopefully I've got lots of years of playing ahead. 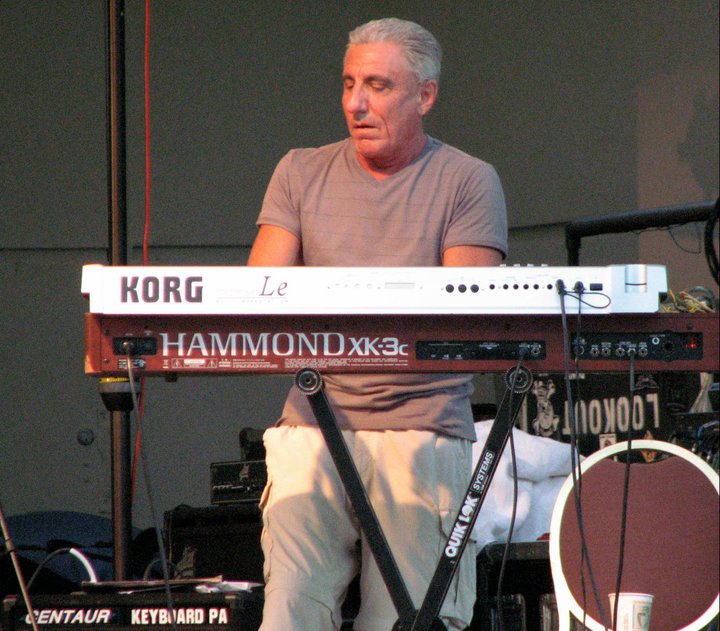