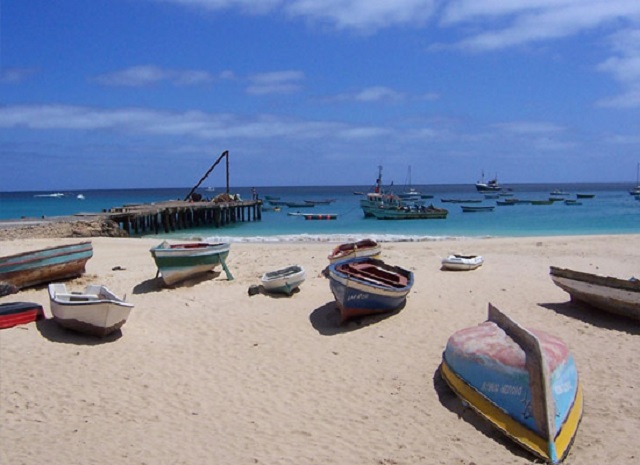 Morna goes back about a hundred and fifty years, and is complex hybrid of African and European cultures.  It is the national music of Cape Verde, and is popular in Cape Verdean communities all over the world. Some musicologists trace the genre back to a genre called the lundum (or lundu), from Africa, most likely Angola. It is a dance-song from the Bantu tribe, which spread through various regions of Africa. Slaves brought it to Brazil, where it was very popular among the elite and even became Brazil’s first national dance. Lundum is related to the Spanish fandango and new world dances like the bolero. All of these include scarfs, castanets, and holding arms over the head. There was also a genre in Cape Verde called the choros, which are plaintive songs, like working songs. Morna is therefore considered a cross between the lundum and the choros. Initially, morna did not have any romantic themes; they developed along with the genre.
There is some argument where the word came from. One faction thinks it comes from the English word “to mourn”. Others say it comes from the French word “morne”, which is the name of the hills in French Antilles where chanson des mornes are sung. Most writers think, however, that the name is from the Portuguese “morno” meaning “warm”, a reference to the way morna is sung. Morna is often compared to the blues; there is little research on the relationship between the genres, though there are interesting similarities and significant cultural connections between Cape Verde and the United States. 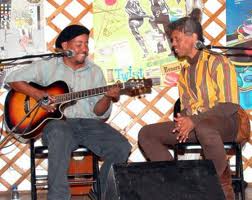 The music is characterized by a slow tempo. The main instrument is a guitar.  A morna can also be performed on a piano.  However, a medium-sized band may have a twelve string guitar, a guitar-like instrument called a cavaquinho, another instrument (perhaps a violin), some percussion and the singer. A larger band may add an acoustic bass guitar, a clarinet or trumpet, and several percussion instruments, including bongos.  In the 60s, bands began playing morna with electric instruments and a drum kit, but by the late 90s there was a return to the roots and the use of acoustic instruments.
The theme of a morna can be varied, but certain subjects seem to be used more often. Besides the universal theme of love, there is the homesickness and love of the sea. One of the most famous morna composers was Eugénio Tavares of Brava Island. He used morna to express his heartbreak when his love left on a ship. He loved fado, which influenced his work, and when he died in 1930 he was considered a national treasure, leaving behind a body of works.
The next great composer of morna came along once morna was a fully-developed form. Francisco Xavier da Cruz, who went by B. Leza, had written over 1,700 songs when he died in 1980, which remain the standards for the genre. Late in life he became paralyzed and confined to a wheelchair. He still performed, changing the form since he suffered from shortness of breath. He shortened his words and swallowed some syllables, and did it so well it influenced the style of all morna singers. 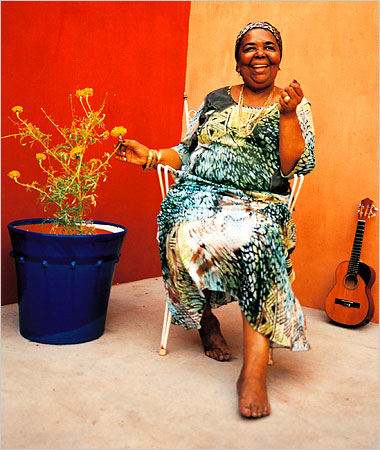 “Barefoot Diva”
The best internationally known morna singer is Cesária Évora from São Vicente Islandwho sings primarily in Cape Verdean Creole. Cesaria, better known as the “barefoot diva” has sung mornas in concert all over the world. The morna "Sodade" was her first international hit, the first hit for a non-French song in France, and marked the beginning of worldwide fame for morna. The Portuguese term saudade is complex and infamously difficult to translate, related to homesickness, nostalgia, longing, sadness, and regret. The expression of "sodade" is integral to Cape Verdean music.

The singer Bana, aka Andriano Conçalves is also hugely popular.  He and B. Leza performed together until the latter's death in 1958. He is known as the King of the Cape Verde Islands. His initial albums were so successful that he soon was performing in sold-out shows. He retired in 1986, but did make one more album after that. Fans are hoping he will make more. 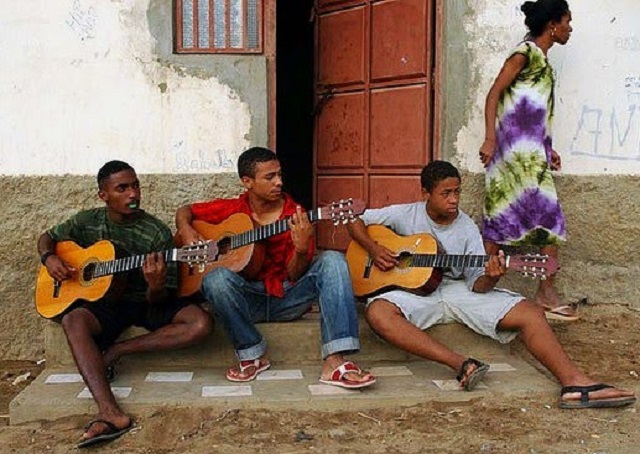 Although few in the country are familiar with what a Cape Verdean even is, they have been a part the American cultural landscape for over a century, and in several extraordinary cases have major figures in American pop. Growing up both part of a deep tradition from a faraway home and as young people in America, many 1st and 2nd generation Cape Verdeans were just as comfortable with jazz, blues and soul as they were with morna and coladeira, and some musicians could play it all. Here's a few exemplary cases.

Paul Gonsalves, a Cape Verdean from New Bedford, was one of Duke Ellington’s greatest tenor players. He is most well known for being the instigator of one of the great stories of jazz history, when he blew a legendary 27-chorus solo at the 1956 Newport Jazz Festival that threw the audience into fits, saving a lackluster set and, supposedly, saving Duke Ellington’s career. Unfortunately, this meant that he was forced the play endless solos on TV appearances with Duke for the rest of his days.

Bebop pianist Horace Silver was actually Horace Silva, son of a Cape Verdean father and an Irish-African mother. Like Gonsalves, he didn’t foray too deeply into Cape Verdean musical territory, but did make some island references on two of his most famous compositions: “The Cape Verdean Blues” and the bossa “Song for my Father.”

Candida is a trained jazz vocalist who has begun to delve into Cape-Verdean/jazz fusion territory as has never been done before. She started down this road when flipping through a fake book one day and finding Horace Silver’s “Cape Verdean Blues,” and realizing that some interesting fusions were yet to be made. Her 2006 release, Kabu Merikana, deals with being part of these two worlds. 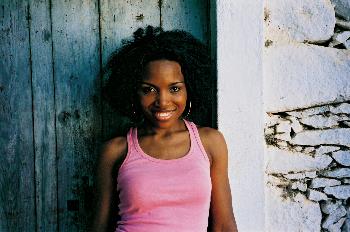 The blues seem to appeal to many cultures, and they all have their takes on it. Morna is the Cape Verdean and Brazilian form, and is popular even in Portuguese, sharing the stage with fado. The blues, whatever style you prefer, is about life, and life is not always fun and games.

A Portuguese-speaking artist, Lura stands at the crossroads of Portuguese and Cape Verdean culture. Born in Lisbon in 1975 (the year of her country’s independence), she remains strongly attached to her family’s native land and the culture of Cape Verde. Growing up in the Creole quarter of Lisbon, Lura was surrounded by beats from the leeward and windward islands, as well as Portuguese pop, jazz, African music and American soul and blues. Today, all these influences are to be found on “Eclipse”. This fourth album confirms the immense talent of Lura, jewel of the new Cape Verdean generation.