Jerome "Jerry" Leiber (April 25, 1933 – August 22, 2011) and Mike Stoller (born March 13, 1933) were American songwriting and record producing partners. Stoller was the composer of the duo and Leiber the lyricist. Their most famous songs include "Hound Dog", "Jailhouse Rock", "Stand By Me", and "On Broadway" (with Barry Mann and Cynthia Weil). 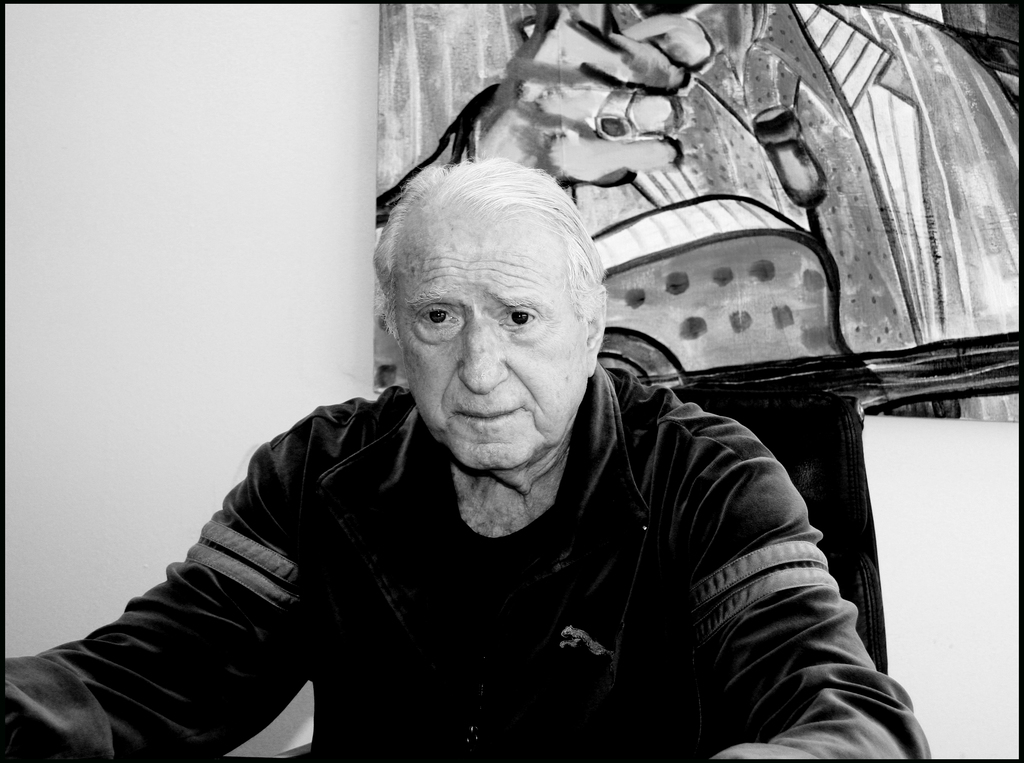 Their first successes were as the writers of such crossover hit songs as "Hound Dog" and "Kansas City." Later in the 1950s, particularly through their work with The Coasters, they created a string of ground-breaking hits that are some of the most entertaining in rock and roll, by using the humorous vernacular of the teenagers sung in a style that was openly theatrical rather than personal, songs that include "Young Blood," "Searchin'," and "Yakety Yak." They were the first to surround black music with elaborate production values, enhancing its emotional power with The Drifters in "There Goes My Baby" and influencing Phil Spector who worked with them on recordings of The Drifters and Ben E. King. Leiber and Stoller went into the record business and, focusing on the "girl group" sound, released some of the greatest classics of the Brill Building period.

They wrote hits including "Love Me," "Loving You," "Don't," "Jailhouse Rock," and "King Creole," among others for Elvis Presley. They were inducted into the Songwriters Hall of Fame in 1985 and Rock and Roll Hall of Fame in 1987. Leiber came from Baltimore, Stoller from Long Island, but they met in Los Angeles in 1950, where Stoller was a freshman at Los Angeles City College while Leiber was a senior at Fairfax High. Stoller had graduated from Belmont High School. After school, Stoller played piano and Leiber worked in a record store and, when they met, they found they shared a love of blues and rhythm and blues. In 1950, Jimmy Witherspoon recorded and performed their first commercial song, "Real Ugly Woman." Their first hit composition was "Hard Times," recorded by Charles Brown, which was a rhythm and blues hit in 1952. "Kansas City," which was first recorded in 1952 (as "K. C. Loving") by rhythm & blues singer Little Willie Littlefield, became a No. 1 pop hit in 1959 for Wilbert Harrison. In 1952 they wrote "Hound Dog" for blues singer Big Mama Thornton, which became a hit for her in 1953. The 1956 Elvis Presley rock version, which was a takeoff of the adaptation that Presley picked up from Freddie Bell's lounge act in Las Vegas, was a much bigger hit. His showstopping mock-burlesque version of "Hound Dog," playfully bumping and grinding on the Milton Berle Show, created such public excitement that on the Steve Allen Show they slowed down his act, with an amused Presley in a tuxedo and blue suede shoes singing his hit to a basset hound. Allen pronounced Presley "a good sport"; and the Leiber-Stoller song would be forever linked to Presley. Their later songs often had lyrics more appropriate for pop music, and their combination of rhythm and blues with pop lyrics revolutionized pop, rock and roll and punk rock.

They formed Spark Records in 1953 with their mentor, Lester Sill. Their songs from this period include "Smokey Joe's Cafe" and "Riot in Cell Block #9," both recorded by The Robins.

The label was later bought by Atlantic Records, which hired Leiber and Stoller in an innovative deal that allowed them to produce for other labels. This, in effect, made them the first independent record producers. At Atlantic, they revitalized the careers of the Drifters and wrote a number of hits for The Coasters, a spin-off of The Robins. Their songs from this period include "Charlie Brown," "Searchin'," "Yakety Yak," "Stand By Me" (written with Ben E. King), and "On Broadway" (written with Barry Mann and Cynthia Weil). For the Coasters alone, they wrote twenty-four songs that appeared in the US charts.

In 1955 Leiber and Stoller produced a recording of their song "Black Denim Trousers and Motorcycle Boots" with the white vocal group, The Cheers. Soon after, the song was recorded by Édith Piaf in a French translation titled, "L'Homme à la Moto." The European royalties from another Cheers record, "Bazoom (I Need Your Lovin')," funded a 1956 trip to Europe for Stoller and his first wife, Meryl, on which they met Piaf. Their return to New York was aboard the ill-fated SS Andrea Doria, which was rammed and sunk by the Swedish liner MS Stockholm. The Stollers had to finish the journey to New York aboard another ship. After their rescue, Leiber greeted Stoller at the dock with the news that "Hound Dog" had become a hit for Elvis Presley. Stoller's reply was, "Elvis who?" They would go on to write more hits for Presley, including the title songs for three of his movies—Loving You, Jailhouse Rock, and King Creole—as well as the rock and roll Christmas song, "Santa Claus Is Back in Town," for Presley's first Christmas album. 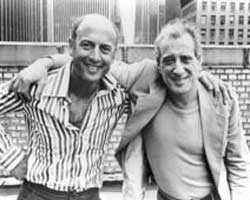 In the early 1960s, Phil Spector served an apprenticeship of sorts with Leiber and Stoller in New York, developing his record producer's craft while assisting and playing guitar on their sessions, including "On Broadway."

After leaving the employ of Atlantic Records, where they produced, and often wrote, many classic recordings by The Drifters with Ben E. King, they produced a series of records for United Artists Records. They produced hits by Jay and the Americans ("She Cried"), The Exciters ("Tell Him"), and The Clovers ("Love Potion #9," also written by Leiber and Stoller.)

In the 1960s, Leiber and Stoller founded and briefly owned Red Bird Records, which issued the Shangri-Las' "Leader of the Pack" and the Dixie Cups' "Chapel of Love." After selling Red Bird, they continued working as independent producers and writing songs. Their best known song from this period is "Is That All There Is?" recorded by Peggy Lee in 1969; earlier in the decade, they had had a minor hit with Lee with "I'm a Woman." Their last major hit production was "Stuck in the Middle With You," by Stealers Wheel in 1972. In 1975, they recorded an album of art songs with Peggy Lee, entitled Mirrors. A remixed and expanded version of this album was released in 2005 as Peggy Lee Sings Leiber & Stoller.

In the late seventies, A&M Records recruited Leiber & Stoller to write and produce an album for Elkie Brooks. The album Two Days Away (1977) proved a success in the UK and most of Europe. Their composition "Pearl's A Singer" (written with Ralph Dino & John Sembello) became a hit for Brooks, and remains her signature tune. They produced another album for her, Live and Learn, in 1979.

Mezzo-soprano Joan Morris and her pianist-composer husband William Bolcom have recorded an album, Other Songs by Leiber and Stoller, featuring a number of their more unusual (and satiric) works (including "Let's Bring Back World War I," written specifically for them, and "Humphrey Bogart," a tongue-in-cheek song about obsession with the actor.)

In 1982, Donald Fagen recorded their song, "Ruby Baby," on his album, The Nightfly. Coincidentally that same year, former Steely Dan member Michael McDonald released "I Keep Forgettin' (Every Time You're Near)", adapted from Leiber & Stoller's "I Keep Forgettin'".

With collaborator Artie Butler, Stoller wrote the music to the musical The People in the Picture, with book and lyrics by Iris Rainer Dart. Stoller and Butler's music received a 2011 Drama Desk Award nomination.

Jerry Leiber died in Los Angeles at the age of 78 on 22 August 2011, from cardio-pulmonary failure.

In the 1950s the rhythm and blues of the black entertainment world, up to then restricted to black clubs, was increasing its audience-share in areas previously reserved for traditional pop music, and the phenomenon now known as "crossover" became apparent.