"I feel very sorry for most of the young girls I see out there these days as I feel the wheel has gone backwards."

Elizabeth Barraclough: One Love, One Heart, One World, One Music 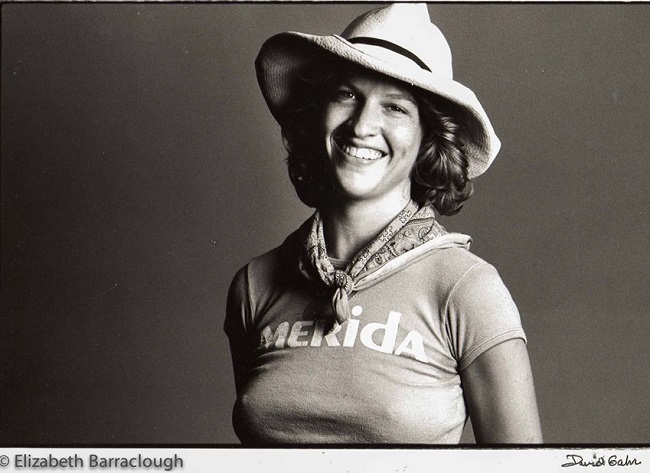 During her career, she released two albums, a self-titled record in 1978 and Hi! in 1979, both on Grossman's Bearsville Records. Her 1978 album spawned a 45 single, "Covered Up In Aces." Her self-titled album was given warm reviews by The Village Voice's Robert Christgau as well as The Pittsburgh Press. Barraclough performed "Covered Up In Aces" on The Old Grey Whistle Test during an episode documenting the 1977 Bearsville Picnic in Woodstock, New York. She also is a great photographer and worked in Hollywood for around 10 years in the film industry after her recording career and make various projects about the blues, reggae and many others.

To be honest, at this point the blues to me is a very remote music that was once made in the United States but is now largely extinct. I am very proud to tell you that just this week it was announced that Paul Butterfield, my significant other, partner, and man that I loved and lived with for ten years shall now be inducted into the Rock & Roll Hall of Fame with his band, THE PAUL BUTTERFIELD BLUES BAND, in 2015. While this is a great honor, frankly it comes about twenty-five years too late. Contrast this with the Blues Hall of Fame in Memphis where he was inducted many years ago as the first white man ever to receive that honor. Paul was a living link to the blues having been raised on the Southside of Chicago, living and learning his art at the knee of the originators of the post-WWII Chicago Blues, Muddy Waters, Little Walter and BB King. When I was asked who should induct Paul into the RRHOF the only name I could come up with was BB King. Everybody else has passed. There are very few living links to the blues still alive and I am very spoiled and jaded and have little interest in anyone else. The word I would use to describe most those now purporting to play the blues would be “epigones” which has Greek roots with the literal meaning “those born afterward.” 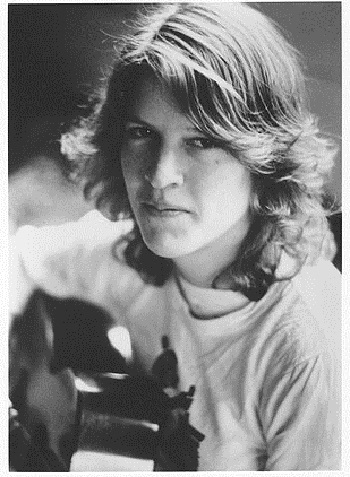 "Reggae music comes from the very same fount of oppression and slavery that brought forth the blues."

I made a trip down to Mississippi a few years ago to witness and film the erection of a marker to Memphis Minnie on the Blues Trail near the famous Highway 61. I finally found her grave out in the middle of nowhere the evening before the ceremony next to a little white Baptist church surrounded by cotton fields without a soul in sight. There was a slight breeze blowing and the sound of the cotton pods clacking while I stood alone in front of her gravestone with the sun going down through the mist of the Mississippi Delta still haunts me. The mayor spoke at the commemoration the next morning and read a poem by Langston Hughes and broke down halfway through it. He was a white man whom one could imagine had ancestors who were slave owners and possibly relations who were members of the Ku Klux Klan yet there he was crying at a dedication to a black woman while reading the poem of a black man. It was very powerful. So powerful the tape in my camera broke after I viewed it once. Hundreds of hours of tape and that had never happened before or since. That’s the power of the blues and that’s the well whence the blues sprang.

How do you describe Elizabeth Barraclough sound and songbook? What characterize your music philosophy?

I feel I was very fortunate in that I arrived at the very tail-end of what was a great popular music explosion. When I went to Woodstock in 1975 I was still only a teenager seeking my fortune. I was privileged to learn by osmosis from some of the greats. Albert Grossman, Paul Butterfield, Rick Danko, Levon Helm, Richard Manuel, Garth Hudson, John Sebastian. All these people were twelve to fifteen years older than I and had already done it. Frankly, it was over by 1975. To my mind the only music that happened after that point in time is reggae music, which is my one true love. I attended the historic ONE LOVE PEACE CONCERT in Kingston, Jamaica in April 1978 and was introduced to Bob Marley afterwards at his home on Hope Road by Kate Simon, the photographer who took Bob’s famous KAYA album cover, who remains one of my closest friends. I also met Aston “Family Man” Barrett at that time, Bob’s bass player, bandleader, co-producer and co-arranger and one of the architects of reggae music. I made a short documentary film about Family Man of which I am very proud. Unfortunately, It shall most likely never see the light of day due to licensing and other legal issues. Still, making that picture was a lifelong dream come true for me. And you talk about blues? Reggae music comes from the very same fount of oppression and slavery that brought forth the blues. John Sebastian put it nicely, “We had the blues and you had reggae.” I still think of the recordings I did this very week of December 17th down in Nashville in 1977. Albert Grossman took me, Eddy Offord and Paul Butterfield down to produce a session for my first album. Charlie McCoy was the contractor. Kenny Buttrey and Mike Leech played. Giants. It was the Rolls Royce of recording sessions. And Charlie, whom you know is the king of Nashville harmonica, had never even met Paul before. He ended up playing piano so Paul could play harp. It was very climactic and I still think so very fondly of that night. I would have to say that is one of my favorite memories as I believe Albert was very proud of my performance and that to me meant, and still means, the world.

I miss the people. But the world keeps turning. I am very happy making pictures with my camera every night and truly have no regrets.

Albert said a lot of great things but one I particularly like is, “It’s better to be at one than negative five.” Another Albert-ism was, “People are not going to work hard to prove that they are wrong and you are right.” 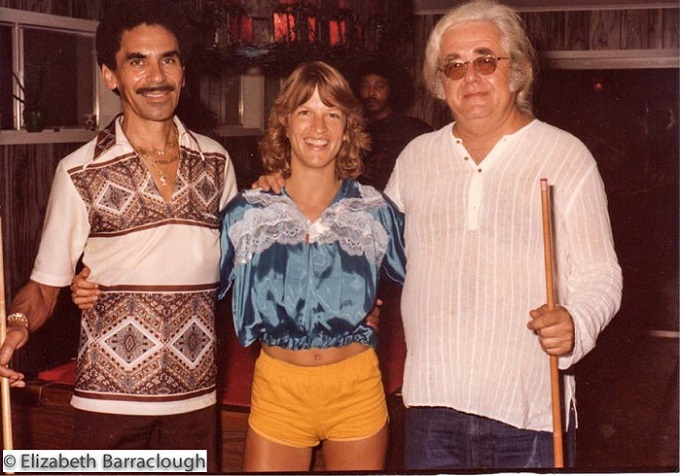 "I miss the people. But the world keeps turning. I am very happy making pictures with my camera every night and truly have no regrets." (Photo: Elizabeth, Willie Mitchell & Albert Grossman)

Which memory from Albert Grossman and Paul Butterfield, and Charlie McCoy makes you smile?

As I said, the Nashville double session of December 17, 1977, Paul Butterfield’s 35th birthday, still shines in my heart.

I listen to solo piano as I work on my photographs and am very much into the original recordings of Rachmaninoff. Also Vladimir Horowitz and Rubinstein playing Chopin. I listen to very little contemporary music right now and am very far removed from any music happening today for the most part.

I could not name one. Every single thing leads to another. But I still do kick myself once in awhile when I think of being offered the gig of opening up for Bob Marley & the Wailers in Europe in 1976 or ’77 and immediately saying no. I said no out of homage and also the knowledge that I was nowhere near the caliber of musician, bandleader and performer that I needed to be for that gig, yet I still sometimes ponder what might have happened had I said yes. 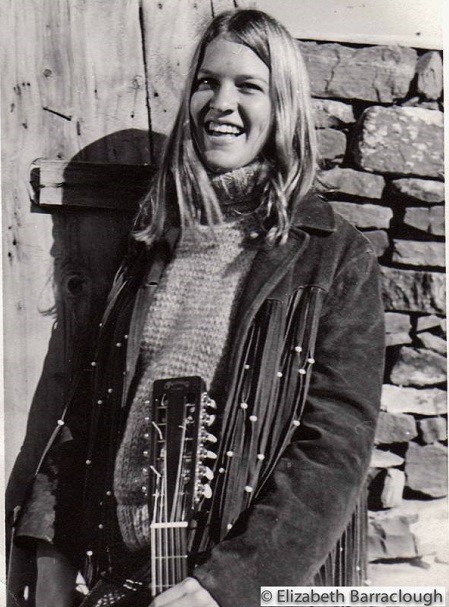 I feel very sorry for most of the young girls I see out there these days as I feel the wheel has gone backwards.

There are very few living links to the blues still alive and I am very spoiled and jaded and have little interest in anyone else. The word I would use to describe most those now purporting to play the blues would be “epigones” which has Greek roots with the literal meaning “those born afterward.”

That no creature should ever be forced to live a life of suffering and misfortune at the hand of fate and that every living being should have the opportunity to live up to its own potential. If that were to be, there would be no need to hurt others. I have always been an idealist and shall remain one until the day I die. Unto eternity I shall remain an idealist. I seek only beauty and truth and nothing but the creation of art has ever truly interested me.

What are the lines that connect the legacy of Blues with Soul and continue to Folk and Americana?

I am not a musicologist and in fact I am, despite being an idealist, a skeptic in this regard. I am very fortunate to have witnessed some originators and pioneers. Media and technology and most blatantly, capitalistic incorporation, have by now largely wiped out any modicum of regionalism leaving gaping swathes of homogenized mediocrity in their wake. The magical forest of artistry is being hewn out of existence. All the great trees are next to gone and pity the poor sapling without that canopy of protection in place.

Kingston, Jamaica 1978. And yet right here, right now is perfectly fine with me. 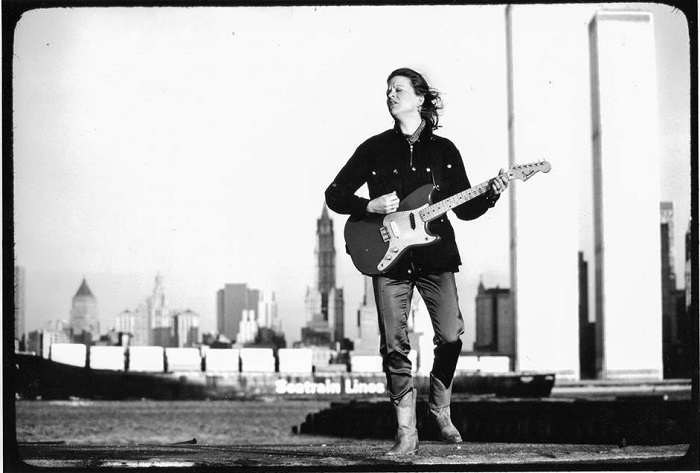