"I hear people try to copy it today but it’s hard. The Chess played the way they lived. Times have changed. Music today reflects that."

Dave Fields has music not just in his blood, but also in his genes. Fascinated with music from the very beginning, he studied piano at a very early age and began learning musical composition, arranging and production on his father's knee. His father is Sammy Fields, a well known composer-arranger-producer of great American standards as well a collaborator with the great Hollywood, Broadway and standards writer, Sammy Cahn.

Dave Fields discovered his love for the guitar at age thirteen and was soon playing on sessions with his father, and writing his first score for a big band at age 16. In high school, Dave had been exposed to some of the top session musicians, composers and arrangers in America. After high school, Dave attended the Berklee school of music in Boston where he studied performance and composition/arranging. After college, Dave soon found a career back in New York as a budding composer/arranger/producer working for independent record labels and also playing on records as a "first-call" guitarist-multi-instrumentalist with likes of GRP productions and Ahmet Ertegen.

Dave Fields was the band/writer director for the world renowned new voices of freedom performing with U2 in their movie "Rattle and Hum". He has also worked with other musical legends including Hubert Sumlin, Aretha Franklin, Lenny Kravitz, Sean Lennon, the Drifters and Tommy James.

Dave Fields is a former staff member of look music where he produced and wrote many national TV and radio commercials. He has also been a significant contributor to a variety of stock music libraries including aircraft music library. Fields music is proud to announce "Back in Bluesville" (Roxy Perry) wins best self produced CD for 2006 in Memphis at the IBC!

On September, blues-rock guitarist/singer-songwriter Dave Fields released a new studio album, “Detonation”. Expanding upon the premise of his two earlier blues-rock albums, Time’s A’ Wastin’ (2007) and All Wound Up (2008), Detonation, produced by David Z is a 12-song exploration of Fields’ genre-defying style and electrifying guitar prowess. 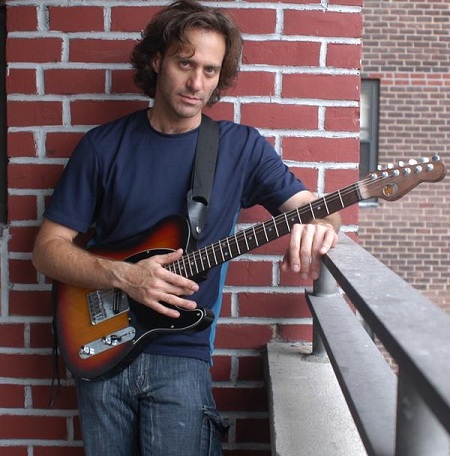 The blues is a feeling that resides in all human beings whether you’re from New York, Mississippi, Moscow or Athens. The blues equals life, the human spirit and are existace on this planet. I learned that we are all connected by the same emotions: love, dispair, joy, pain etc.

I keep learning the more I listen and I grew up listening to the blues! Lately I’ve been relistening to Albert King. The way he would bend the strings still gives me chills. When I worked with Hubert Sumlin I got to see first hand what it was like to be a living blues angel. He was amazingly kind human being. He inspired me to be a better person.

Friends, THERE HAVE BEEN MANY! It’s hard to pick a best and a worst. Best: (subject to change) getting a phone call from John Mayall telling me he was going to record my songs TRAIN TO MY HEART. Worst: being around mean people (I wont mention names!)

Honestly, the past ten years have been the ost interesting. About ten years ago I made a conscous decision that I was going to have an ‘outrageuous’ life and even with the highs and lows I’m having a blast.

How your channel your experiences into your music is a very personal thing. Its’ hard to say which ones make you good or bad. I’ve always believed that being a good musician is part a product of craft: being proficient on your instrument, soul: bearing your soul when you play, and attitude: being mentally and emotionally together and being professional. Being a good song writer is: 1) understanding the craft of words, melody and rhyme and 20 being real with your songs 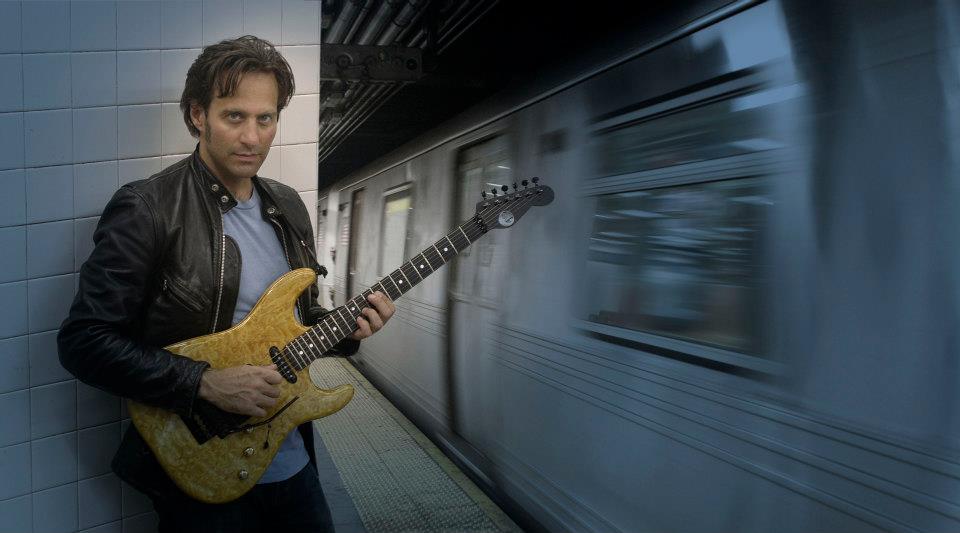 I’ve always tried to write about what was reqal to me whether it be a broken heart or something I found funny in life. I’m always finding new song writers that blow me away. I’ve always been drawn to song writers who weren’t afraid to bear their soul in their music.

Tell me a few things about your meet and recording time with David Z, which memory makes you smile?

I have a great story, when we were done with the CD we had a CD wrap up party in my apartment in the lower east side of Manhattan. My neighborhood is right on the border of China town and the jewish part of Manhattan. At the time David Z had just moved from Nashville to LA. He was complaing that he couldn’t get any good egg foo young in Tennesee. That night I my wife Judy and I got him the best egg foo young he ever ate. To this day my nickname for him is egg foo young! HA!

When my manager Sandi Rose and I were looking for a producer for DETONATION we spoke to a number of people. David Z being one of them. David was so persistant with us. He would call every week to see where we were in the selection process. His diligence paid off. He’s a joy to work with and not mention an amazing engineer.

There are many of Hubert. One time after a show there was a long line of people waiting to get his autograph. At the front of the line was a youngster with his guitar who couldn’t have been older than twelve or thirteen. Hubert sat the young man down and spent a good fifteen minutes counciling him and giving him sagely advice. That was the kind of man hubert was he was a giver.

What is the “feel” you miss most nowadays from Hubert Sumlin and Chess era? 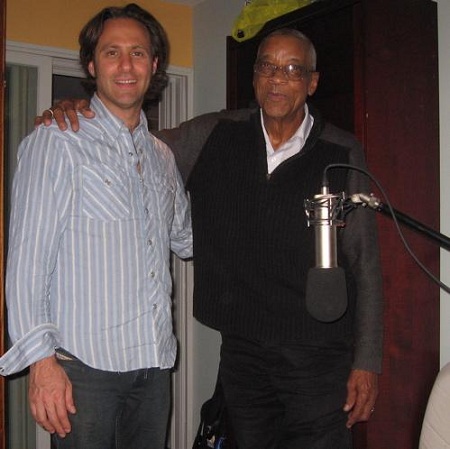 I miss the feeling of the unadulterated rawness. There was a ‘down homeness’ that you don’t hear in today’s music. I hear people try to copy it today but it’s hard. The Chess played the way they lived. Times have changed. Music today reflects that. There was no internet, iTunes and cell phones back then, only Cadillac’s with big fins, record players and the radio!

How do you describe Dave Fields’ sound and what characterize your music philosophy?

Passion, being real, sharing unique musical moments with the listener/audience, having fun, music is life

“Play from the heart” Roxy Perry (a blues woman!)

What’s the best jam and gig you ever played in? What are some of the most memorable gigs you've had?

The best latest jam was with Norwegian Blues Roots Americana great JT Lauritsen in Yongyearbyen Spitsbergen which featured Billy Trioiani, Tad Robinson and Jace Everett. It was at THE DARK SEASON BLUES FESTIVAL.

No matter how big or small the venue is I always want the audience to feel like their in my home, more specifically in my living room and we’re just hanging out and I’m playing for them one on one. I also want to take them on a journey with me. A journey that travels to many different feelings and emotions.

Make an account of the case of the Blues in New York.  What characterize the “New York’s blues”?

New York blues is mixture of blues, funk, jazz, latin and rock. You can hear all that in such artist as Michael Hill, Michael Powers, Bill Sims Jr and of course, Dave Fields! 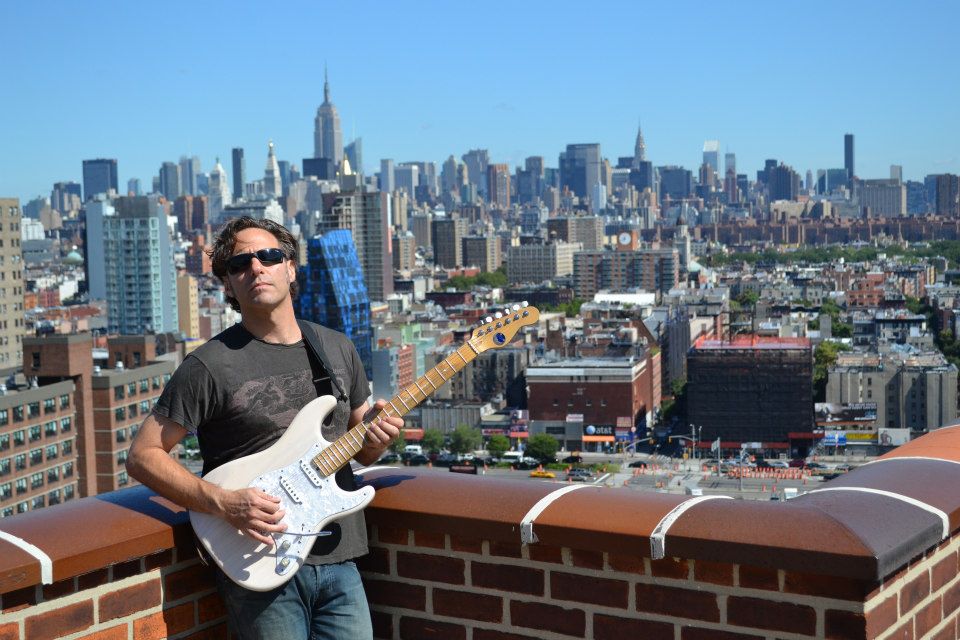 Why did you think that the Blues continues to generate such a devoted following in Big Apple?

The blues is the backbone of so many great New York area artists whether they are blues or not. Ex: Billy Joel, Bruce Springsteen just to name a few

What the difference and similarity between NY and other local blues scenes?

The more I travel the world I see that all blues fans are like one big family. There’s something that resonates in all blues fans souls that is a like a glue that connects every one of them together. NY, Chicago, Oslo, Moscow… it doesn’t matter the city, state or country, we are one big blues family.

I hate to admit it but I like to watch American Football (NFL) I love the NY teams NY Giants and NY Jets! I love motorcycling.

What is your MUSIC DREAM?

To tour the world and play for people, hopefully inspiring them and connecting with them. That’s one of the great joys of being a musician. You can meet your audience and touch them

What would you ask Hendrix?

I don’t know what I would ask him but I would listen to whatever he said!

How you would spend a day with the Devil in crossroad?

I WOULD JUST LISTEN AND WATCH!!!! HA!