An Interview with writer/blogger Levi Asher of Literary Kicks, one of the earliest popular literary websites

"The music scenes in “On The Road” are some of the best scenes in the book.  This is jazz itself, captured in prose."

Levi Asher, born Marc Eliot Stein, is a New York-based writer, blogger and web developer responsible for Literary Kicks, one of the earliest popular literary websites and now the oldest continuously-running literary website. Other works by Levi Asher include Queensboro Ballads, a series of stories and essays in the form of a 1960s folk-rock album, Coffeehouse: Writings From The Web, Notes From Underground, a digital movie version of the Dostoevsky novel, Action Poetry, a compilation of writings from Literary Kicks, and The Summer of the Mets, a novel. 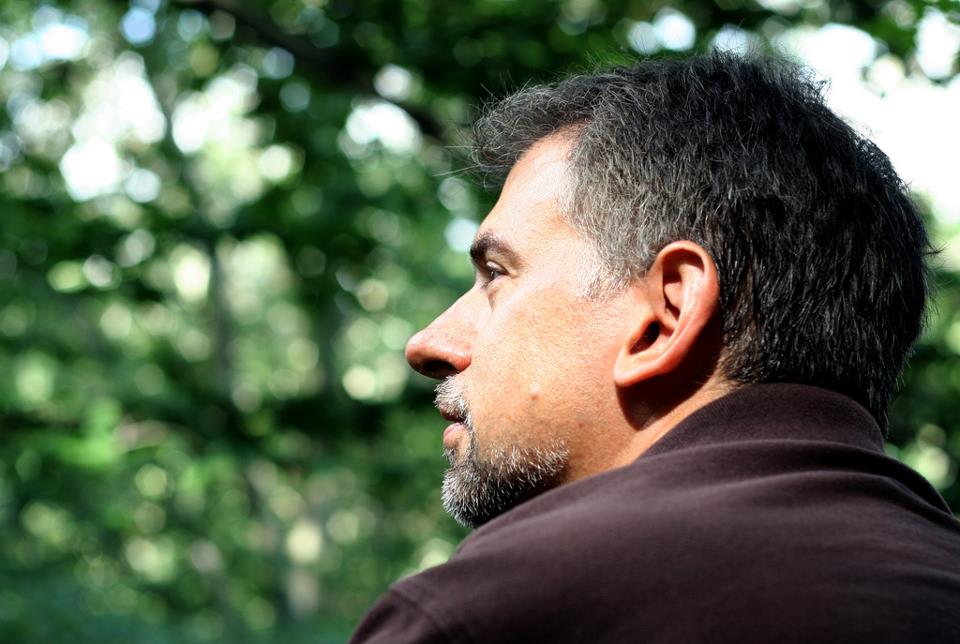 Having maintained Literary Kicks continuously since 1994, Levi Asher is now recognized as a pioneer of the online literary scene and one of the earliest proto-bloggers. As a professional web developer, Asher has also built or collaborated on music websites for Bob Dylan, Bruce Springsteen and Pearl Jam. In 2009 Asher wrote for Literary Kicks a serialized memoir of the Internet industry from 1993 to 2003, focusing on his personal struggles, failures and successes during the crazy years of the dot-com stock bubble and crash, as well as his own experience as part of the Internet's growing literary scene.

Asher was born in Flushing, Queens, the third child of Eli Stein, a graphic designer and cartoonist, and Lila Weisberger, a psychologist and poetry therapist. He grew up in Old Bethpage and Hauppauge, Long Island and attended the State University of New York at Albany, graduating in 1984 with degrees in Philosophy and Computer Science.

In 2010, we began publishing original books. Our most popular title is Why Ayn Rand Is Wrong (and Why It Matters), which emerged from our Philosophy Weekend blog post series. We've also published Beats In Time: A Literary Generation's Legacy, a collection of our Beat Generation pieces, The Cards I'm Playing: Poker and Postmodern Literature, a study of Texas Hold'em as a literary activity, and Chiaroscuro: Assorted Literary Essays, a collection of the very best essays that have appeared on his site.

Levi, when was your first desire to become involved in the Beat literary & what does the Beats mean to you?

This takes me back about twenty years.  I was newly married with kids and working a job I very much hated at a Wall Street bank in New York City.  I went to visit my sister in Berkeley, California, and took a biography of Jack Kerouac with me on the airplane.  When I got to Berkeley, my sister took me around to some of the same sites I was reading about in the Kerouac biography, and I also visited San Francisco and City Lights, and started getting into the whole legend.  I think that I felt that my own life had taken a turn towards the conventional – I was wearing a suit every day, working for a company I didn’t respect – and I think the Beat ideas of freedom and social experimentalism and artistic non-conformity really inspired me during a moment in my life that I needed inspiration. 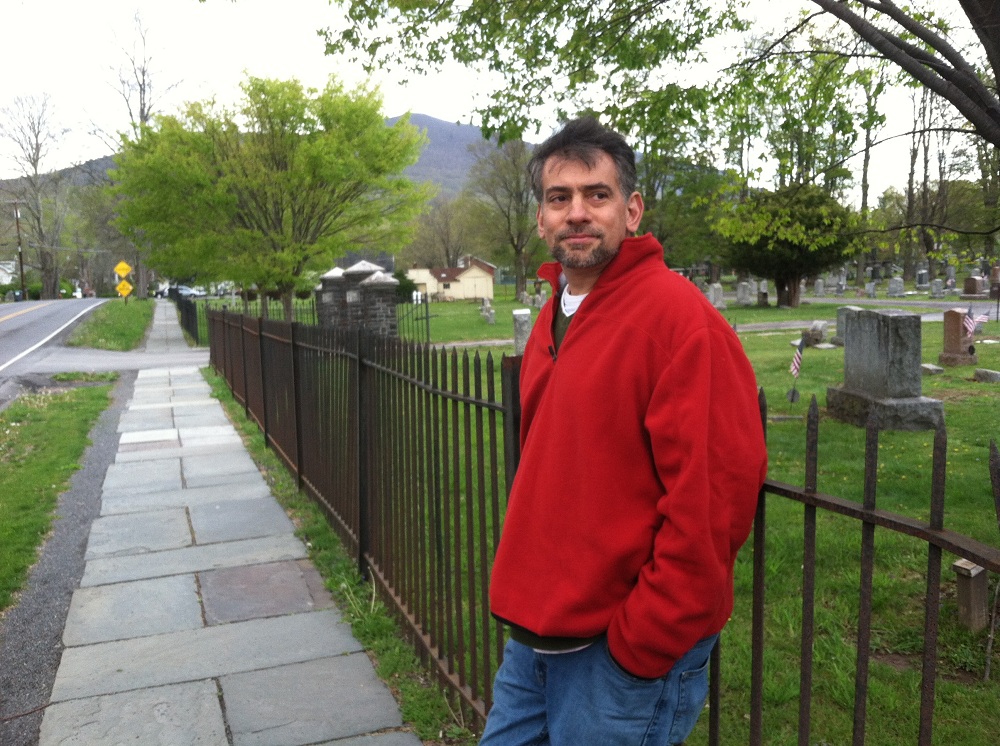 "I think life is still pretty Beat here in my east coast hipster corner of the USA."

How did the idea of the “Literary Kicks” come about? What are some of the most memorable interviews and articles?

Because I am a computer programmer, I became interested in the Internet earlier than many people, and was able to put up a website in 1994, when the concept was still pretty new.  I needed something to write about, so I thought, “Hey! I’ll write about the Beats”.  I had no idea how large a website this would eventually become, and did not imagine I’d still be running it all these years later.

What do you think is the main characteristics of personality that made the Beats popular in underground culture?

They were fresh and brash. They made public spectacles of themselves (Allen Ginsberg and Gregory Corso were particularly specialists in this area).  To put it in the most commercial terms: in the second half of the 1950s, the Beats had star power.  They were “it”.

Hmm.  I assume you mean what I’ve learned from real-life encounters, rather than from books?  I’ll pick a wonderful woman named Philomene Long, a latter-day Beat poet from the 1960s Venice Beach scene in Los Angeles.  She died just a few years ago, but I got the chance to meet her and interview her for Litkicks before she died.  She told me stories about Charles Bukowski, Allen Ginsberg, her husband John Thomas … I felt a real strong sense of conviction that, now as an older woman in failing health, she had made the right choices to abandon her own conventional or conformist lifestyle to become a “beatnik”, even though she never got rich or famous.  Philomene was a very spiritual person – I was most fascinated to learn that the conformist lifestyle she abandoned to become a beatnik was among the most restrictive, though it was also spiritually uplifting to her – she was a Catholic nun who abandoned the nunnery (though not the Catholic church, which she still loved) to become a poet.  Her story taught me a lot. 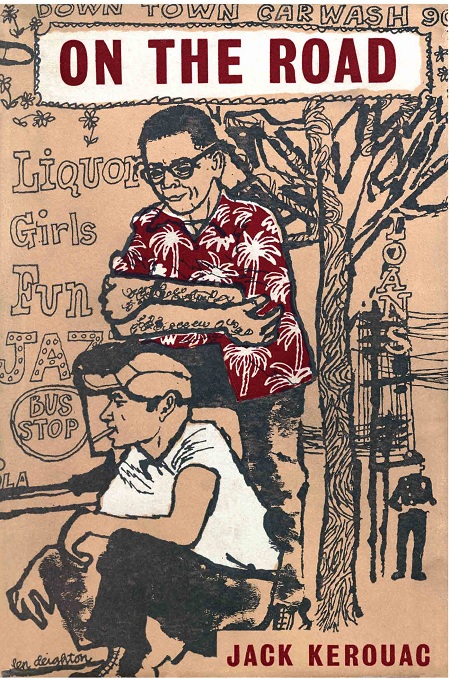 Oh, sure.  Where could I possibly begin?  If I have to pick my #1 favorite, I’m sorry to say I’ll pick the most obvious choice, the one everybody has already heard of.  “On The Road” by Jack Kerouac. That is one hell of a book.

What is the “things” you miss most nowadays from the Beat “family”?

I think life is still pretty Beat here in my east coast hipster corner of the United States of America.  I don’t miss anything, life is good.

What is the difference and similarity between today and the beat era?

I think there are more similarities than differences.  This is still the era of pop culture, of electronic communication, of nuclear fear and political insanity (aka war). Maybe nothing has changed at all since Dwight David Eisenhower was president, except for the Internet and microwave ovens.

Who from THE BEATS had the most passion for the Blues & Jazz?

Jack Kerouac and Neal Cassady, and they both took the music very seriously.  The music scenes in “On The Road” are some of the best scenes in the book.  This is jazz itself, captured in prose.

Because it’s so great!

You had pretty interesting book: Beats In Time: A Literary Generation's Legacy. Where did you get that idea?

I wanted to collect my favorite Beat Generation pieces in a book so that they could all be read together in context – interviews with John Cassady and Robert Creeley (and Philomene Long, which closes the book!), accounts of the “On The Road” movie, discussions of Gary Snyder’s environmental writings, various first-person accounts from Litkicks contributors who’d been part of the original Beat scene like John Perry Barlow, David Amram, Diane Di Prima and Don Carpenter. 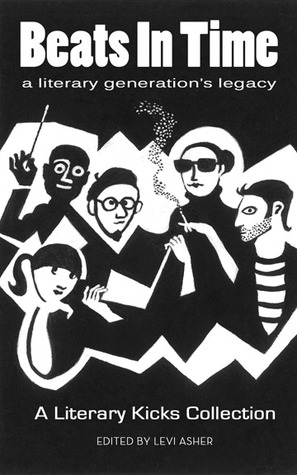 So that was the idea I had, but the problem was how to make it cohere as a book, how to make it deliver a single punch or message.  I decided to focus on “time” – on how the public perception of the Beat Generation was changing between the years I created the Literary Kicks website and today, nearly two decades later.  So I ordered the pieces chronologically, and wrote some connective material to try to show how the Beat consciousness of popular culture was evolving in response to various other changes in culture.  I do think there is a lot of interplay between Beat literature and Internet culture, for instance, and I tried to bring that out in the book.

Ha … I met Gregory Corso a couple of times before he died, most often at poetry readings at places like St. Mark’s Church, where he would show up if invited to read.  He was a very lovable character, but suffered greatly in real life to keep up his endless “cool”.  Drug addiction seemed to have really gotten the better of him.  I never really “hung out” with him but I guess I would only want to spend the day performing poetry with him, because I think it was only when he stood on stage that he would try to be his best self.

I also met Allen Ginsberg several times, though I always felt a bit flummoxed by his legend and never managed (this was my own fault, because he was very friendly to everybody) to have a really good conversation with him.  But I would certainly want to talk to him about intellectual subjects, primarily literature and religion.  The one good conversation we had, which was rather short, took place at Brooklyn College, where I asked him a question about Herman Melville.  I could tell that he liked this question better than the ones he usually got.

As for what I would like to ask Bob Kaufman - well, one thing I really admire about Bob Kaufman is that he took a vow of silence for ten years - yes, ten entire years of silence! - to protest the Vietnam War.  I admire that a lot.  It's especially hard for a poet to keep quiet, so his convictions must have been very real.  Because of this, I would not ask Bob Kaufman anything, because I would not want him to break his vow on my account.

With whom would you like to play a poker game? Who will win at a poker game between the beats?

Ha ha, great question!  Jack Kerouac would not win – too drunk.  Neal Cassady would not win – too erratic and impulsive.  Allen Ginsberg would not win – too distracted by spiritual or sensual pleasures to care about winning.  Gary Snyder, same as Ginsberg.  Lawrence Ferlinghetti would probably be a careful and sensible player, but maybe not aggressive enough.  Gregory Corso would be the opposite, he would play with guts, and might have a chance – I know he was a blackjack player. 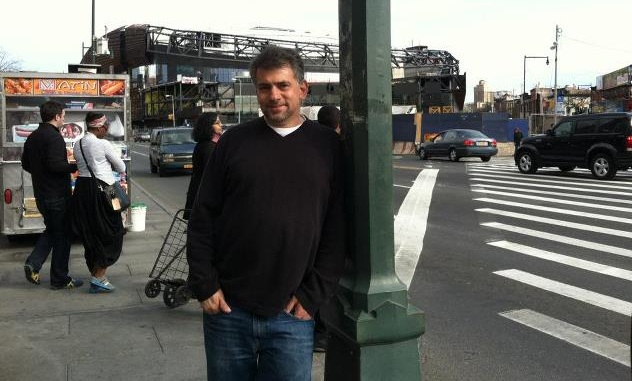