Willard Manus: Under the Aegean Sun

Willard Manus is a Los Angeles-based novelist, playwright, and journalist. His best known book is Mott the Hoople, the novel from which the British 70s rock band took their name.

Manus was born in New York. He is the author of This Way to Paradise: Dancing on the Tables, a memoir of life in Lindos, Rhodes, Greece, from the 1960s to the 1990s. Willard and Scottish wife Mavis went to the village of Lindos on the Greek Island of Rhodes in 1961, intending to stay 3 days. Instead they stayed 35 years! 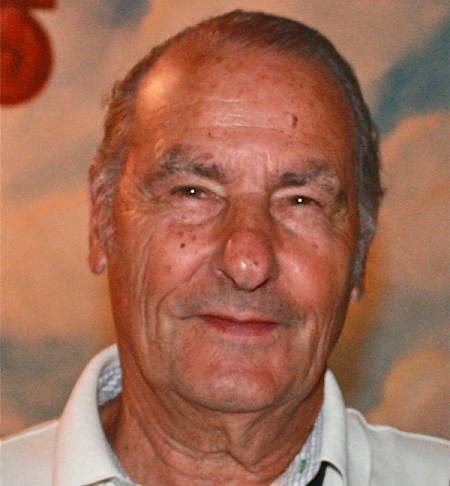 This Way to Paradise -- Dancing on the Tables portrays not only the Greek villagers they became friendly with but such foreigners as the Pink Floyd band, the humorist S.J. Perlman, the novelists Richard Hughes and Martha ac Gelhorn and many ohters. The book describes how Lindos went from an island backwater to artists' colony to mass Aegean tourist beauty spot. In addition he has had a dozen other books published, most recently a young adult novel, A Dog Called Leka, which deals with a young lad sailing the Aegean islands in the company of an exceptional dog. Over two dozen of his plays have been produced in Los Angeles, regionally and in Europe. His other novels are THE FIXERS, THE FIGHTING MEN, and CONNUBIAL BLISS.

He's also a playwright whose work has been performed in Los Angeles, London, Berlin, Vienna, Sydney and Paris. He has also been a foreign correspondent and has freelanced for countless newspapers and magazines, sush as: Southern California Correspondent for Playbill On-Line (1995-2000) and monthly columnist about theatre, books, movies, jazz and blues) What's Up Magazine & Lively-Arts.com.

I have listened to one kind of music or another for most of my life. It certainly affects my mood, though I don't think I have taken much inspiration from it.

What is the relation between words and music?  How does the music come out of your works?

Obviously, the relationship is strong when it comes to vocal music (opera, blues, jazz, etc.) But "pure" music can be moving and expressive even when no words are involved--that's a no-brainer as well. Music has certainly influenced some of my work to the extent that I have written jazz fiction, plus a theatre musical or two. At present, I am working on a one-man play about Charlie Parker, called BIRD LIVES! It will be produced here in L.A. in early April as part of Jazz Appreciation Month. 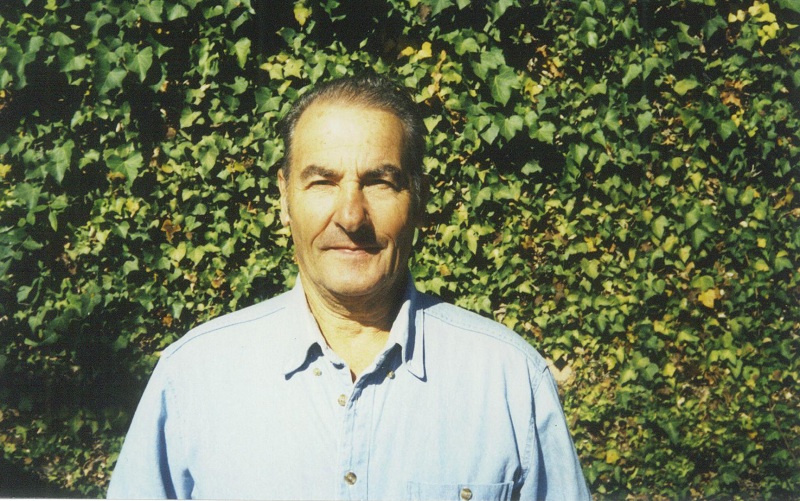 Blues and jazz have greatly influenced American culture over the years but today their influence is more indirect and less obvious, owing to a number of factors, not the least of which is the disappearance of the radio programs which used to play that kind of music.

What characterize the philosophy of Willard Manus? How do you describe your work and progress?

Yeow, that's a hard one to answer. Let's just say that I am a secular humanist and leave it at that. As for my work, I have been writing ever since I was in high school, professionally since 1953 when I sold my first short story to Sports Illustrated Magazine. I wrote mostly fiction after that, but did a lot of travel writing and other kids of journalism when I ended up living on a Greek island. For the past twenty years (after returning to live in the USA) I have concentrated mostly on playwriting.

I don't know if blues & jazz have changed my life, but they have certainly enhanced it.  Blues and jazz have greatly influenced American culture over the years but today their influence is more indirect and less obvious, owing to a number of factors, not the least of which is the disappearance of the radio programs which used to play that kind of music. The monopolies that have taken over radio in the USA have cut blues and jazz completely out of their play lists.

Do you know why the Blues and Jazz are connected to underground culture?

These musical genres were once very popular with people but for the above reason have been forced into the margins, the underground. Consequently, a jazz or blues record that sells 30,000 copies is considered to be a best-seller. A few decades ago that number would have been in the millions. 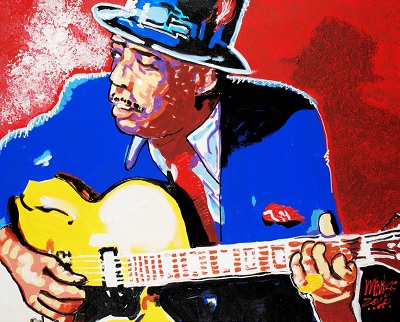 What characterize the philosophy of Blues and Jazz?

All blues musicians, whether "good" or not, try their best by the music. As for the difference between old and new blues, the music has continued to evolve over the years. But even though the modern cats don't sound like the old cats, it doesn't mean that they aren't playing "real" blues. You don't have to imitate or emulate to sound real: all it takes is honesty, passion and of course technique. Evolution is not misappropriation.

The most important people in my life have been: my wife Mavis; a couple of writing teachers, Joseph J. Friedman and Joseph Kierland; and some writer friends like Robert Riche and James McCormick.

Which memory from Lindos and Greece makes you smile? Are there any memories from Pink Floyd, S.J. Perlman, and Richard Hughes, which you’d like to share with us?

Hard to answer, if only because there were so many. I can only refer you and your readers to a book I wrote about my years in Lindos, THIS WAY TO PARADISE--DANCING ON THE TABLES (published by Lycabettus Presss in Athens).

What is the line that connects Durrell, Miller, Beats, and hippies with the Greek culture and status of life?

Durrell and Miller's connection came out of a love for Greece. As for the beats and hippies, most of them came to Greece in the 60s and 70s only because Greece was a way station on the road to the hash fields of Turkey, Afghanistan and Nepal. 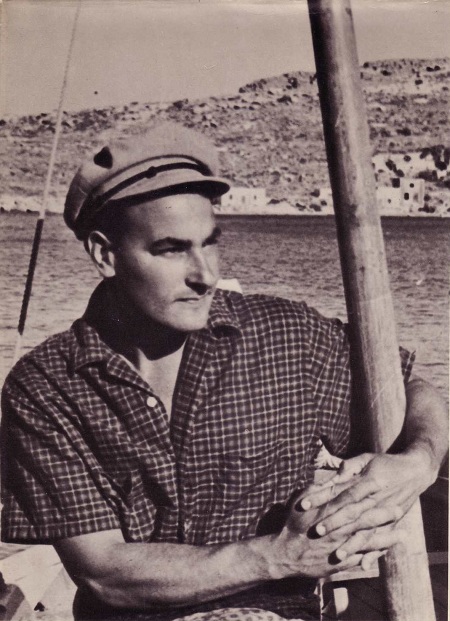 What are you miss most nowadays from the past?

I miss life in Lindos in the 70s when the village was still a Greek village and not an international tourist center, when my kids were young and growing up, when we lived in a beautiful, newly restored Knight of St John's house, and so on. (Again, I have to refer you to my Lindos memoir for a full answer to this question).

What are the daily things that used to do and enjoy? Happiness is……

Writing every day, going to theatre, films, opera, jazz clubs, etc. with my wife and friends, playing paddle tennis three times a week. Also traveling to Scotland every summer to be with my daughter, her husband and our grandkids.

If you mean, what's the advice I can give a young writer today...it's this: "Marry rich."

What are your hopes and fears on the future? What made you laugh lately and what touched (emotion) you?

Yeow, that's quite a question. How about this for a quick answer: a painting of me free-diving 52 feet in Lindos' main harbor to try and extricate a 12-kilo grouper from under the rock where I had speared it earlier.

How "Mott the Hoople" come about? Why did you think that continues to generate such a devoted following? 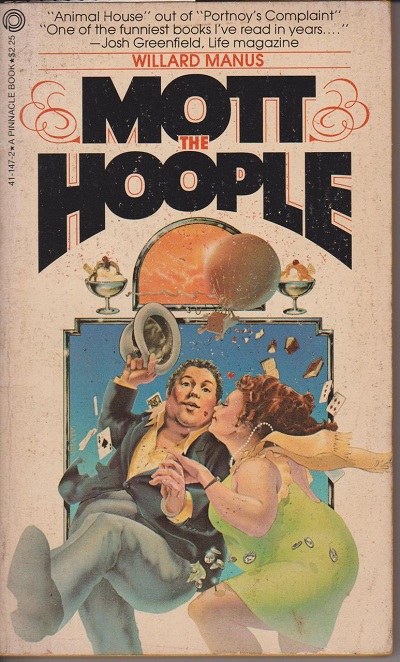 I started that comic novel in the  1950s and worked on it, off and on, for the next ten years (it was published in 1967). It got (mostly) rave reviews in the USA and UK, but did not become a bestseller (as I had hoped). Then a British rock band took the title of the book for its name. This band was successful for a few years, then disbanded. Many of the band's followers became fans of my book, once they discovered it.  They have helped keep the book alive in an "underground classic" kind of way.

I have now turned MOTT THE HOOPLE into an E-Book which Amazon.com has published (along with other books of mine).

Photo: The cover of Mott the Hoople, the comic novel of 1966 from which the British 70s rock band took their name. Mott the Hoople (Ian Hunter Mick Ralphs Mick Ronson) were a British rock band with strong R&B roots, popular in the glam rock era of the early to mid-1970s.