"The Blues brings joy to many. It is a not a sad music but is a metaphor for living."

Chaz DePaolo is a "NY State Blues Hall-Of-Famer" that has toured Europe, the US and Canada as well as shared stages with Buddy Miles, Jose Feliciano, Bernard Purdy, Harvey Brooks, Michael Packer, David Maxwell and Blue Lou Marini as well as other very notable musicians. He has fronted the legendary British Blues band "The Groundhogs" as well as performing guitar duties for Leon Hendrix. Chaz is also featured on compilations that include Charlie Musselwhite, Little Milton, Kim Wilson, and Rory Block as well as Maria Muldaur. He has been featured on National television in the US on "Fox And Friends" as well as being interviewed on several occasions on the prestigious BBC in England. He has opened for such Blues Giants as Hubert Sumlin and Buddy Guy as well as Commander Cody, and The New Riders' Of The Purple Sage. 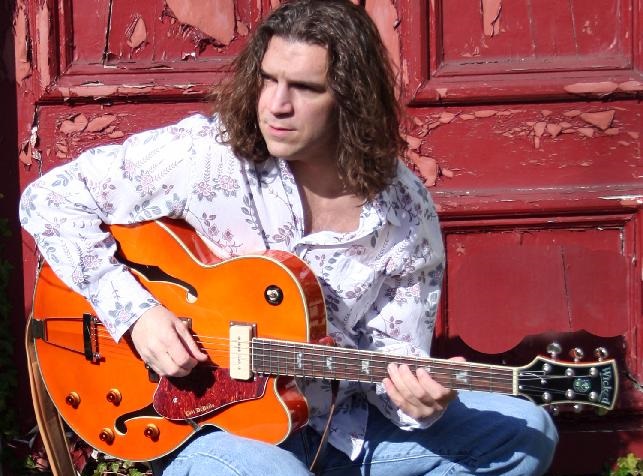 Chaz has also been featured in many notable guitar publications' and featured in "Blues Matters" magazine in the UK (2012) as well as "Gitarzysta" Magazine (2010) in Poland. Chaz's recorded work has received excellent reviews and his discography is as follows: "Eclectic Impressions" 1999, "Live From Montreal" 2001, "Flirtin With The Blues" 2005, and "Bluestopia" 2009. Also, included are compilations Chaz has been featured on: "Quintesense", Galway Bay FM's "Innundations", "NY Jazz And Blues Societies" compilation, and "Fin's, Chrome and The Open Road - A Tribute To The Cadillac". He has released a live performance in DVD entitled: "Chaz DePaolo-One Night Live at Iona" the recording event took place at Zion U.M.C in Iona, PA. Wicked Instruments of Greenfield Park, Quebec, Canada has released the limited edition "Chaz DePaolo" signature model guitar.

What I have learned about the Blues is that it is not just a form of music but a philosophy of living. I have learned to live my life honestly because it is an honest form of music and way of life. Blues music is my life and has become my place for healing the pain in my life and expressing my feelings. The Blues means honesty to me and joy. The Blues brings joy to many. It is a not a sad music but is a metaphor for living.

How do you describe Chaz DePaolo sound and songbook?

Wow, the Chaz DePaolo sound is a combination of many forms of music that I have listened too and studied through the years. I play Blues but love Jazz and Rock and studied Classical music in college. My Mother was a Broadway show girl so I heard a lot of that music as a child and saw a lot of shows. The Chaz DePaolo song book is the story of my life and describes the path of how I live. 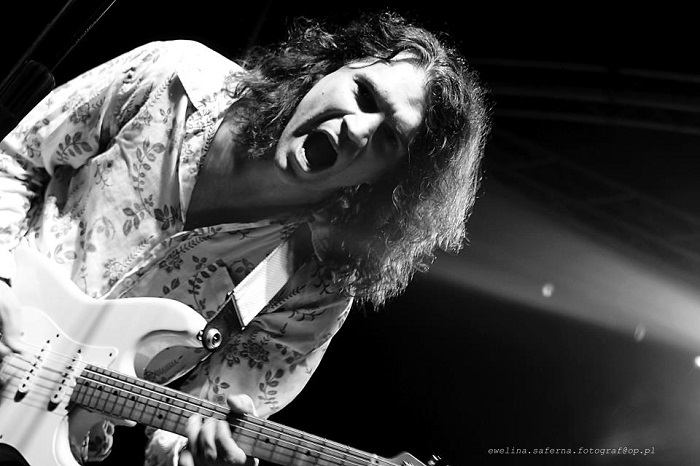 "The one thing in the musical world I wish I could change and make a reality is that people would embrace all types of music. Open their minds to what the world has to offer." (Photo by E. Saferna)

What characterizes my musical philosophy is music is a journey. Not a destination. We can always learn and experience more. It’s not about being the greatest musician or guitarist in the world but just being the best you can be. Just love the music and be passionate about it. Too much competition in music. The songs are what’s important.

The most important meetings on my musical journey have been with the people I have met on the road. People in airports, on trains in cafes in Europe, the US and Canada. Some of these people have become great friends and others I will never see again. I have learned lessons of life and answers to my deepest fears from these people.

The best advice given to me was from a man named Andy Miele who hired me for my first job in the record industry as a Radio Promotion Representative for Priority Records. Who told me "if you become a recording artist don't believe your own hype!". Translation no ego!! No one wants to deal with an egomaniac.

Are there any memories from Buddy Miles, Harvey Brooks and Blue Lou Marini which you’d like to share with us? 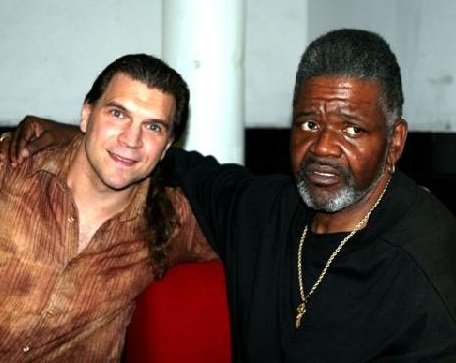 One of my greatest memories was meeting Buddy Miles (photo) and he introduced me to Leon Hendrix! Jimi's little brother. Leon and I later toured together in Poland and Ireland in 2012. I remember sitting at a bar having a cup of coffee with Blue Lou Marini in Greenwich Village, NYC about 8 years ago and we were talking about the "Blues Brothers" movie he was in. I played with Harvey Brooks and Buddy Miles in 2006 at BB King's in NYC for the Jimi Hendrix Birthday celebration. Mr. Brooks was a very nice man and an incredible bassist.

What I miss most nowadays from the music of the past are record stores. The US has barely any record stores and I miss vinyl records. Buying a record was an experience. You walk into the store, you see all the new releases and all the people enjoying themselves looking for their next favorite record as the music is playing in the back ground. It was like going to Church for the sake of buying music.

My hope for the future is that I can play music for my whole life and keep writing songs and experience all it has to offer. My fear is that I will not be able to play music one day. I had a hand injury in the 90's that kept me from playing for several years. It was devastating.

The one thing in the musical world I wish I could change and make a reality is that people would embrace all types of music. Open their minds to what the world has to offer. 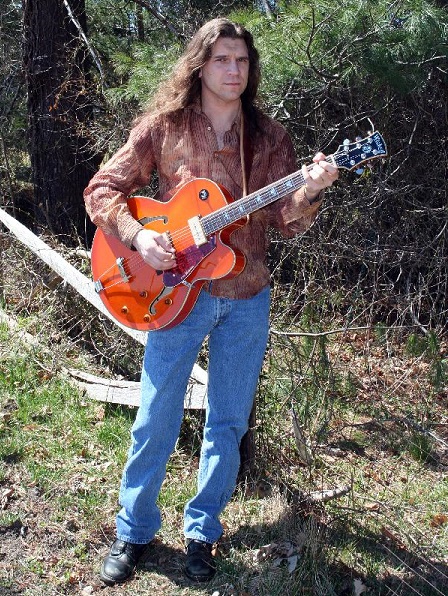 What touched me emotionally from Johnny Winter, Cornell Dupree, Pete Brown, and Hubert Sumlin is they each had their own stamp on the Blues. All these artists brought the music to a whole generation of white college Blues fans. Johnny Winter crossed Blues and Rock, Pete Brown wrote wonderful lyrics for "Cream", Cornell Dupree played some of the greatest guitar parts on hit "R n B" songs and Hubert gave "Howlin Wolf" a very unique sound.

The lines that connect the legacy of Blues with Soul and continue to Jazz and Rock music are Blues evolved into Jazz. That was the first evolution from the Blues to the next form of music. The Blues note or the "flat five" which gives the Blues its unique sound also lends a harmonic complexity to Jazz. The rhythm of the Blues lends its self to the "soul rhythm" the pounding back beat of a shuffle. This back beat also transcends into Rock. The early Blues solos of Buddy Guy and Hubert Sumlin can be heard in Johnny Winter and Jeff Beck. The "British Rock" musicians of the 60's were heavily influenced by these early Blues players. "Cream" and "The Stones" brought the Blues to the white college US fans and it was created in the US.

From the musical point of view what are the differences between: European, Canadian and USA scenes?

I find that European and Canadian audiences are more musically educated than US audiences. Audiences outside the US will listen to something they don’t know and give it a chance. I have been in many European and Canadian households and seen CD collections from Rock, Blues, Pop, Indie to Classical in one house. Alot of Americans become fixated on a particular style of music and very rarely deviate. European audiences and Canadian audiences also like live performances as evidenced by festivals in many market squares across Europe and Canada. The US market is spoon fed by what the record companies dictate thru radio and marketing. The type of music delivered to mass audiences is very micro managed. The US musically today leans very heavily towards POP music. Some of this music I appreciate very much but that is what is marketed most heavily.

Why did you think that Roy Buchanan and Jimi Hendrix music continues to generate such a devoted following? 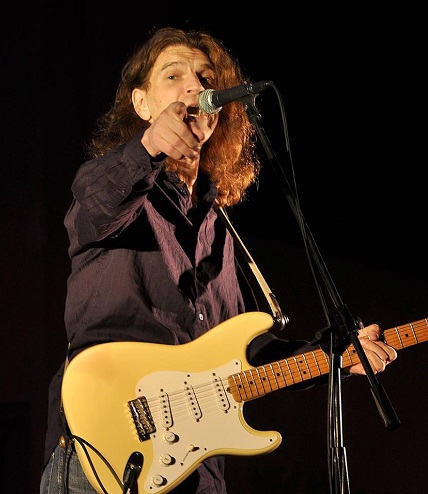 Roy Buchanan and Jimi Hendrix's music continues to generate such a devoted following because their music was rooted in the Blues. It’s the foundation of all popular music and Jazz. It’s where it all began. That creates a very solid framework that is musically timeless. Their music will transcend from generation to generation because of this. The same reason the "Rolling Stones" are still at it. Rooted in the Blues.

I would love to go back to Chicago in the 50s and 60's when Blues was in its heyday and go see Buddy Guy walking out of a club with his 100 ft. cable jamming on a corner while the club was packed and going to see Muddy Waters in a smoky club playing slide and see Junior Wells and Little Walter having a "harmonica blow off". That would be a great day !!!