"I fear that the music is dying. That it is not as deeply rooted and taught or talked about like it should be. I hope that in the future, it will be a staple in early educational programs."

Corey Dennison: Blues From The Soul

Born in Chattanooga, TN, Corey Dennison spent a majority of his childhood moving about Tennessee and Georgia. As a young boy, Corey heard the powerful, soulful sounds of the Blues on late night radio programs and recalls being captivated by the music. He received his first guitar at the age of 6 and began to imitate the music of artists such as Gatemouth Brown, Albert Collins and Albert King. Corey immediately felt a strong connection to Soul music. “I just loved the way Soul music made me feel from my head to my toes. I remember humming along to songs from Wilson Pickett, Curtis Mayfield & Sam Cooke.” This marked a lasting impression on his musical style and is clearly visible today in his soulful vocals and fiery guitar solos. Corey found his musical calling while hanging out with his harp playing uncle. He spent 12 years honing his skills as a sideman for Carl Weathersby, a mentor beyond the music.                (Corey Dennison - Photo by MO/PHO Monaghan Photography) 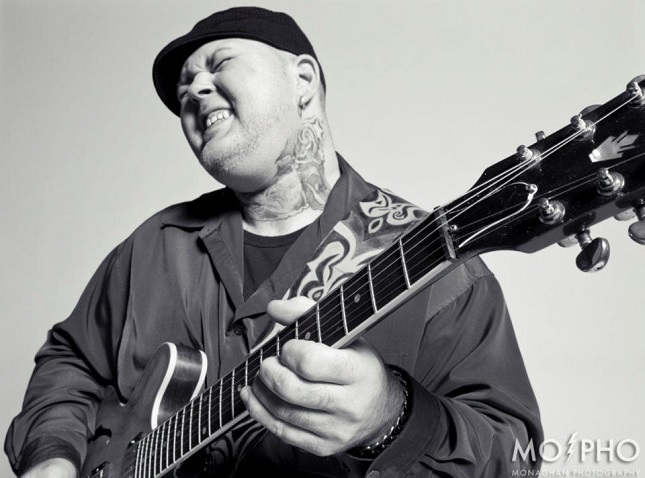 What do you learn about yourself from Blues music and Culture and what does it mean to you?

What I learned about myself is that there is always somebody out there who has had it worse than you, and has lived to tell their story. We all deal with trials and tribulations in life and they will defeat you if you let them. I have also learned never to give up hope. To me, Blues means everything about Life!

How do you describe the Corey Dennison sound and songbook?

Where to begin (laughs)? I was tuned into music at an early age, from my grandfather's guitar playing. He loved early country-Western songs and Bluegrass. My uncles were into the hip stuff... I just kinda shuffled through records and found the coolest cover and went from there. So the sound that I wanted and heard in my head is a combination of old-school Memphis Soul from the Stax era and the Chicago post-war blues sound - Chess & Checker Records. As far as a songbook... They are songs that I relate to. 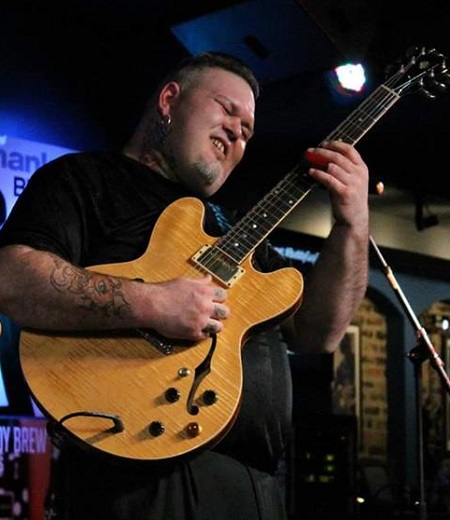 Be proud of the music you create, play it from your heart. It does not matter the genre, all music is soul music.

"To me, Blues means everything about Life!"

What is the best advice anyone has ever gave you?

Think before you ink!!!

Definitely meeting Carl Weathersby for the first time and then later on playing guitar for him. Carl is a huge influence and mentor on many levels of my life. Musically he pushed me to the limits every night. It truly was a blessing and what I got from him is priceless. Everything that I know about Soul music and Blues is all from him.

I will never forget the very first time I went to the Blues on the Fox festival in St. Charles Illinois and saw Carl Weathersby's show. It was life-changing. I had never in my life seen or heard anyone do the things he can do with a guitar. I told my girlfriend at the time, “I will play guitar for that man.” She laughed and said “Okay babe, whatever you say."

Hmm... well for one nobody dresses up anymore. I never have been a fan of the worn out blue-jeans look. There is that and I do not feel that the music taken as serious nowadays. It's more Bullshit and Bling. I fear that the music is dying. That it is not as deeply rooted and taught or talked about like it should be. I hope that in the future, it will be a staple in early educational programs. A cornerstone, so to speak, when it comes to music education in the younger generations everywhere. The music and stories will live forever this way.

I would like to see Blues promoted equally as other genres of music. I see small time rock acts that get more media promotion than most older statesmen (Lurrie Bell, Carl Weathersby, John Primer etc.) and what sad is that these guys paved the way and influenced so many of us. 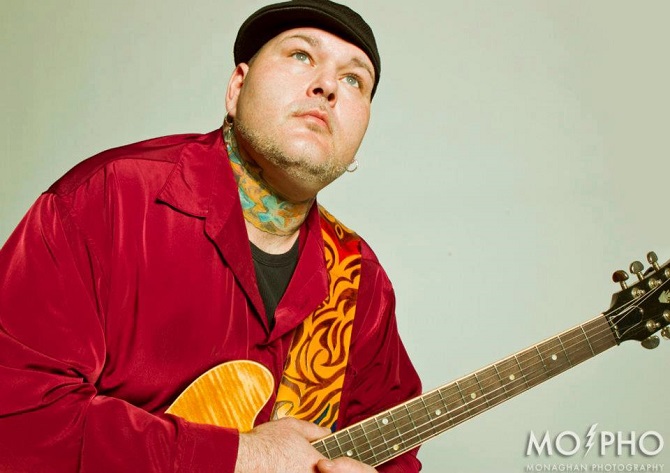 "Albert King said it best ... Everyone understands the Blues... Everyone from one day to the next has the blues…If you can't dig the blues then you have a whole in your soul!!! So it affects everything and everyone in my opinion." (Corey Dennison - Photo by Christopher Monaghan)

What has made you laugh from Bob Koester and what touched (emotionally) you from Delmark Records?

Bob is a great guy... He's full of all kinds of stories. What has touched me emotionally is that they have taken a chance and made my dreams (and not only mine but those of Gerry, Joel and Nik, too) to become a part of Chicago Blues history possible. We are now in the history books walking with the titans of the music we love: Magic Sam, Jr. Wells, Otis Rush, etc... I will be forever grateful and it is truly an honor to be part of the Delmark family.

Albert King said it best ... Everyone understands the Blues... Everyone from one day to the next has the blues…If you can't dig the blues then you have a hole in your soul!!! So it affects everything and everyone in my opinion.

I would want to go back to the peak time of Stax Records in Memphis. Albert King, Otis Redding, Isaac Hayes and so many others. To see them doing what they do best. 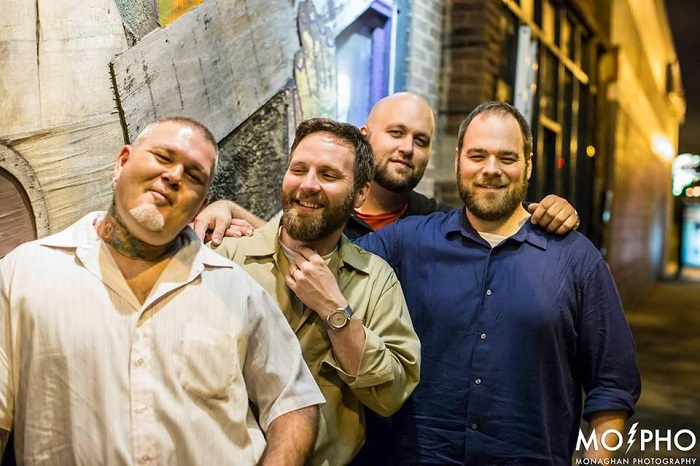