"It’s never been easy being taken seriously as a female in a man’s world...and music is no different. So much of a woman's so-called talent is based oh how she looks, dresses, etc. and that isn't fair!"

Vikki Lee: The Blues of Catharsis

Northern California based singer, songwriter, and recording artist, Vikki Lee, has proven to be an accomplished musician and bandleader, as well as an extremely entertaining, dynamic and versatile performer. Her talent has been showcased in just about every northern California entertainment venue. She has appeared with her band at most major hotels, casinos and resorts in Nevada alongside acts as diverse as Elvin Bishop, Al Stewart, Mickey Gilley, B.J. Thomas, The Guess Who, The Marshall Tucker Band, The New Riders of the Purple Sage, and Tito Puente. 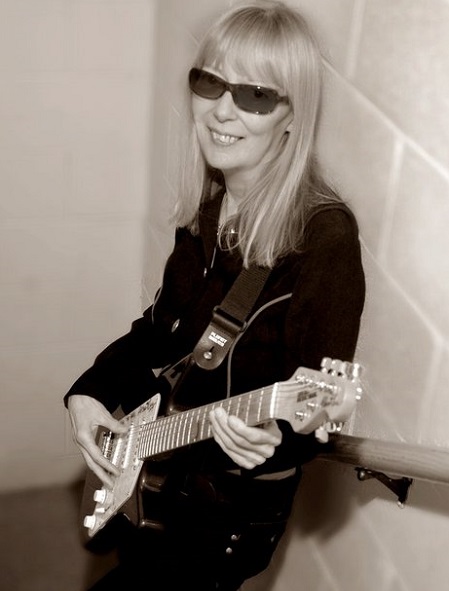 Ms. Lee has also performed in England and Germany, and toured with The Original Elvis Tribute 2009 Band, playing to sold out venues all across Europe! A creative, versatile musician, she also carries on her resume an artist endorsement from respected equipment manufacturer Dean Markley for her solid work on the slide guitar.... she can really rip it up!  Ms. Lee is a serious, talented, musical artist whose original songs and lyrics strongly touch almost all of the people who have the opportunity to hear her music. Vikki is highly respected in the musical community and many talented musicians have played on her recorded work, including guitar legend, Albert Lee, Rockabilly Hall of Fame member, Glen Glenn, and American musical icon and Grammy winner, Ramblin' Jack Elliott.

What do you learn about yourself from the American Roots music and culture?

That's not an easy question for me to answer. I would have to say, when I hear music I can relate to, I feel a kinship. That is always a good thing! I like and listen to a lot of different music, but roots music feels honest to me.

How do you describe Vikki Lee sound and songbook?

I have been told I am a quirky writer and performer...as long as they remember, it means they listened! How bad could that be? 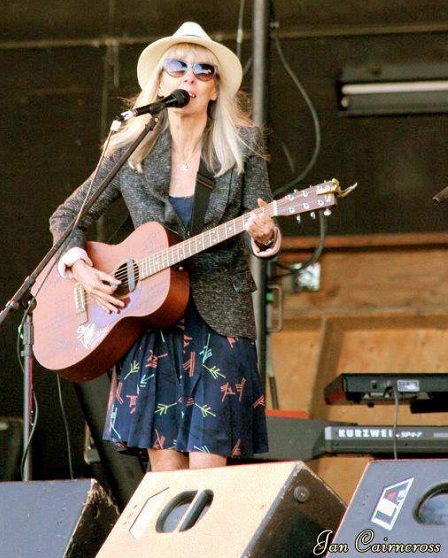 I try to write good melodies and meaningful lyrics...but don't we all? Writing is a form of catharsis for me...I process my experiences and emotions through writing. I love humor and I am by nature a cynic, and both are visitors to my writing very often.

"American Roots is an equal opportunity thing, I would hope. Maybe the only real one? Music is great communicator, and who doesn't love radio?" (Photo by Jan Cairncross)

Oh don't get me name dropping here! I am lucky that I have met a lot of influential folks, but they are not always the most important in an inspirational way. My mother was a gifted writer, I would like to give credit here to her....she was so very very wise and a very good and gracious woman.

“In Funfzig Jahren ist alles vorbei” from my German mama...”In fifty years everything has past” and from Marie Curie, “Nothing in life is to be feared, it is only to be understood.”

Are there any memories from Albert Lee, Ramblin' Jack Elliott, and Tito Puente which you’d like to share with us?

Oh there are so many, where do I start? Albert is my cousin-in-law. He is an absolutely brilliant musician, both guitar and piano. He is kind, humble and generous...he has graciously recorded on many of my little tunes, and when he comes up and plays with my various band configurations...I swear we all feel like were levitating on stage standing next to him! Jack, oh, Jack...There are so many favorite little stories I have about him, and sooo many wonderful adventures we have been on together. He even took me to the Grammys the night he won Best Traditional Blues. I've certainly learned a lot watching his shows, and his personal little concerts he's given me. He has a very distinctive picking and vocal style, when you hear a cut on the radio...you instantly know it's Jack, no mistake about it! Of course he is a world class story teller!! Tito Puente...I don’t remember too much about the evening my band opened for him at a Northern California resort. It was quite a while back...but I do know they spelled his name wrong on the marque..."Toti Puente" such is the risk of fame... 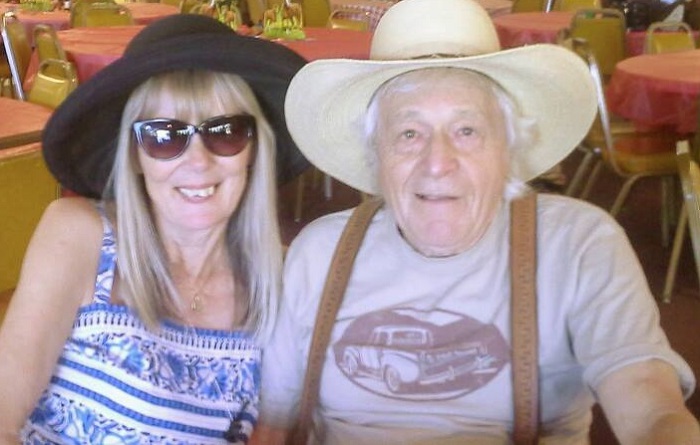 "I hear music I can relate to, I feel a kinship. That is always a good thing! I like and listen to a lot of different music, but roots music feels honest to me." (Photo: Vikki Lee & Ramblin' Jack Elliott)

Analogue! And that artists used to be so skilled at their craft, there was no Autotune, and other digital devices to cover up lack of talent. We just don’t get any Freddie Mercury's anymore...

I hope I can continue to write, record and play music until I draw my last breath. I cannot imagine life without my guitar...it's been my bullet proof vest since I was 15.

I would go back to analogue recording...it was so much warmer, and real.

What were the reasons that you started the roots researches?

I think it was the bargain record bin in the super market when I was a budding teenager...my brother and I collected Muddy Waters, Sonny Terry and Brownie McGhee albuns that could be had for something like 50 cents! Later, after I married Anthony Lee (Albert's cousin) I met Sunnyland Slim in Luxembourg. He was an incredible talent. He came over to our place after his show at the local jazz club, and we stayed up all night talking about everything! My mother introduced me to the music of Pete Seeger and Woody Guthrie. What touched (emotionally) you from the slide guitar?

I love playing slide! The fact I can actually produce a passable solo from time to time is quite thrilling! Seriously, it’s such an incredible way to let your emotions just rip....I mean, there is sooo much expression possible with so many sassy tones....it's no wonder I gravitated to it, and it just stayed with me all these years. Lucky me, I got to meet Johnny Winters a few years ago after I saw him play. My elbows were on the stage right in front of him, I watched with great admiration, every nuance of his playing...I literally couldn't wait to get home and copy some of his signature licks...of course I never came close, but man I sure had fun! I always tell people, “I never get any better, just louder!”

It’s never been easy being taken seriously as a female in a man’s world...and music is no different. So much of a woman's so-called talent is based oh how she looks, dresses, etc. and that isn't fair! But that is the nature of the music business now, and since I was never a competitor, just doing my songs in my bands from one county to the next...I never really had any expectations. I was just happy to be playing for all the right reasons....

What is the impact of American Roots music on literature; and to the racial, political and socio-cultural implications?

American Roots is an equal opportunity thing, I would hope. Maybe the only real one? Music is great communicator, and who doesn't love radio?

Does it involve food? Haha! Ok, my main hobby is eating I think! But seriously, I think I would like to sit down on a bench somewhere with Woody Guthrie...either that or go and see a live Queen show with Freddie! Can I have both please? 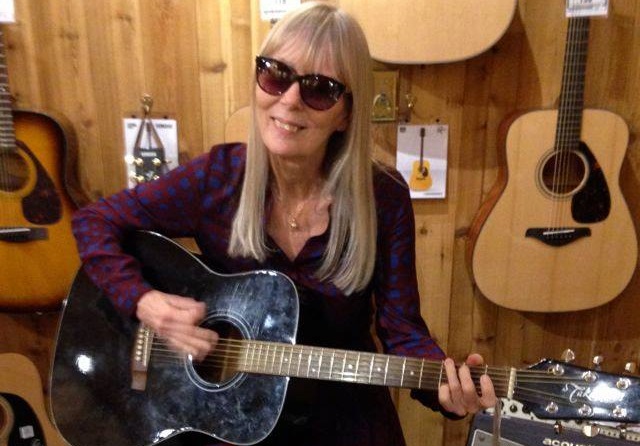