Q&A with Billy Arnold (Billy Blues Band) promotes a new generation, along with the classic blues, rock and soul

“I think Blues music promotes diversity, cutting across racial barriers and promoting tolerance. Blues music from the South, migrating to other areas of our country, helped promote equality over the years, and will continue to do so.”

Billy Arnold (Billy Blues Band): From Idaho with Blues
The Billy Blues Band was started in February of 2017 to entertain with classic blues, blues rock and soul at parties, weddings, festivals and shows in the Boise, Idaho area. Players have changed over the months since then, now with a refined group of talented musicians. The band features vocalists Michele Eastland and Becky Blake who blast out their songs and control the stage with their energy.  Both Michele and Becky are professional singers and actresses, which accounts for their dynamic stage presence. Lead guitarist, Dana DeVice, plays with the soul of a blues master with his heart felt riffs. The band organizer-manager, vocalist and rhythm guitarist, Billy Arnold promotes a new generation of blues rock, along with the classics in both blues, rock and soul. The blues band also includes screaming Alto and Baritone Sax player, John Crank with solid rhythms by Bass Player, Terry Jones and Drummer, Brian Sweet. The newest member of the band, Dale Massee, is our harp, keyboard player, and vocalist.  Dale has been playing music in Boise bands for years. Book us if you enjoy dancing to high energy blues mixed with a little rock and soul! 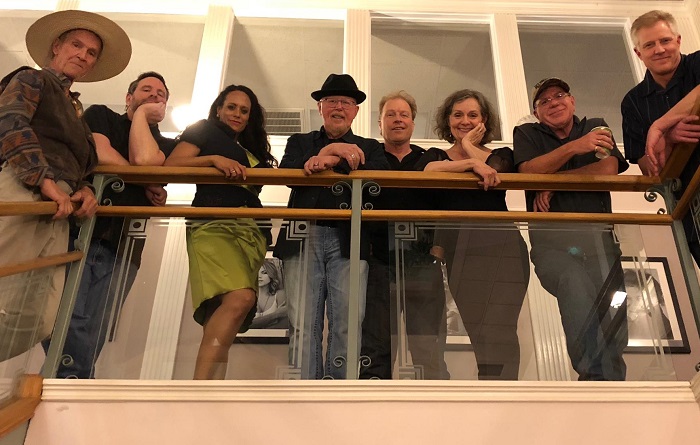 Bandleader Billy Arnold says: "The most obvious advantage is the great deal of diversity, depth, and song variety that this size band can provide. With two talented female vocalists, one of who also plays the trumpet, they provide room for a truly full sound with depth and richness, as well as the ablativity to perform a variety of songs." A great spirit, both creative and personal, permeates the Billy Blues Band. "I would say our band is a group of musicians who have become friends, have fun practicing, playing and entertaining," says Arnold. "We want to be an entertaining, fun band that is known for playing dance music that embraces the best of contemporary blues and blues rock. We want to earn sufficient income at our shows to know that we are genuinely appreciated for our performances, at local upscale venues, concerts and festivals around the Boise and Treasure Valley area."

To me, great blues songs are those that evoke emotion in me and with which I can identify, either with joy, sadness or humor. Blues lyrics tell personal stories, some complex and some quite simple. To me, the blues is a means of enjoyment, expression, and passion that I can share with my band. Blues that have meaning for me tell life stories about human experiences, both successes and failures in love and life.

What were the reasons that you started the Blues researches? How do you describe band's songbook and sound?

I am returning to my roots in blues music from several decades ago. I first recall liking the blues listening to some of the early Rolling Stones work, which motivated me to go back to the originals to enjoy the native blues writers and performers. Organizing and managing an 8-piece band and performing myself is a challenge with the kind of positive stressors that I enjoy. I listen to a ton of blues performers for songs that fit my band’s style with the two lead female vocalists, and also use those songs to inspire me in my songwriting. Our songbook includes both classic blues, blues rock and funky blues from a variety of performer’s songs that we cover. The songbook also contains a few originals at this point, which we would like to expand and quite a few of the more contemporary blues artists with their strong leads and rhythms.

I recall one time my blues partner and I in the late 1970’s, when first starting playing seriously, would go into a bar and ask the owner if we could play for tips. On one evening that we got a “yes” so we set up on this dirty, dusty stage with dimmed lights and moth-eaten curtains and started playing some acoustic blues with harp. Towards the end of the first set, a group of bikers—the drinking, rough type--came into the bar and started demanding our repertoire of Rolling Stone Songs—we had two. We managed those two songs, took a break and managed to take off out the back.

More recently, we were invited to play a benefit for the local Boise Blues Society with two other bands we respect at arguably the best venue in Boise, the Riverside Sapphire Room. There was a high level of excitement in my band, and the audience was overwhelmed by the two female vocalist’s songs, with one getting a standing ovation. The show sold out and we had a blast! 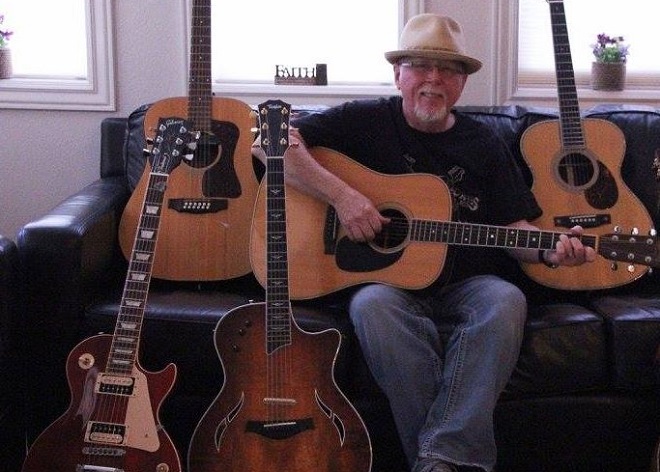 "Blues lyrics tell personal stories, some complex and some quite simple. To me, the blues is a means of enjoyment, expression, and passion that I can share with my band. Blues that have meaning for me tell life stories about human experiences, both successes and failures in love and life."

I respect the foundations of the blues that were constructed in past years by fantastic writers and performers. However, to be honest, I love the present era of blues more with its contemporary blues masters that create rhythmically strong and electric guitar driven leads with keys, horns and harp. I believe the lyrics in a lot of today’s music is junk, and I hope that contemporary blues composers will continue to be creative and strong in that area.

I think that the musicians who are not at the top of the “pack” should be able to make a decent living, better than occurs now. It takes a tremendous amount of devotion and work to become exceptional in music, and those who do it for a living need to be appreciated more and make a decent living. I also see the schools de-emphazing the arts and music, which make it difficult to inspire new creative musicians. Blues in the Schools, as is provided by a number of Blues Societies, including the Boise Blues Society, is helping to expose our children, the musicians of the future to the inspiring world of music and blues.

What touched (emotionally) you from Idaho Blues scene? What characterize local blues circuits?

There are so many really good “bluesy” bands (none are all blues) in the Boise area these days, that it becomes competitive and frustrating attempting to get a steady flow of playdates and shows. There is no exclusively blues club in Boise, so really blues bands are competing with other musical genres. Club owners bottom line is how many fans can you bring in to boost their profit, with marketing and advertising responsibilities placed on the band.

I picked up my first guitar in the early 1960’s when the Beatles arrived on the Ed Sullivan show. I fell in love with music in those early teen years of mine, and spent many hours a day with bulky headphones listening to rock and blues. I think most musicians tend to be more open-minded, tolerant and liberal in their pollical views, which I think influenced my political views over the years. 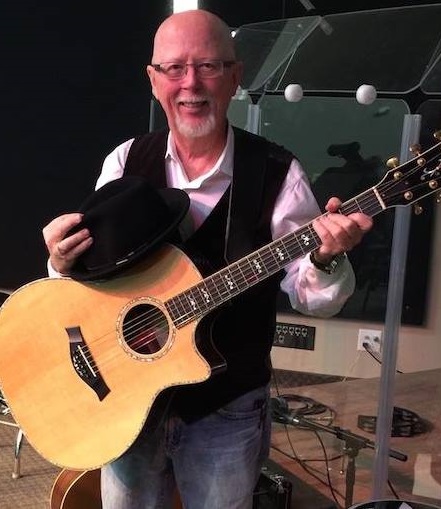 I think Blues music promotes diversity, cutting across racial barriers and promoting tolerance.  Blues music from the South, migrating to other areas of our country, helped promote equality over the years, and will continue to do so.

"Blues in the Schools, as is provided by a number of Blues Societies, including the Boise Blues Society, is helping to expose our children, the musicians of the future to the inspiring world of music and blues."