Q&A with blues/rock guitarist Jeff Fetterman - aggressive style of playing is both passionate and heart-felt.

Jeff Fetterman delivers the promise to keep the blues alive and well. Jeff is a self-taught blues/rock guitarist influenced by Jimi Hendrix, Kenny Wayne Shepherd, Stevie Ray Vaughan, and Jimmy Page. He incorporates their style into his own and plays with a fiery passion that has earned him the nickname “Boss of the Blues.”Jeff’s aggressive style of playing is both passionate and heart-felt. He blends the genres of rock and roll, blues, Motown, and funk, molding them together to create his own driving sound on the guitar. His vocals are gritty and solid, giving his lyrics meaning beyond the paper. Jeff's 2017 album 9 Miles to Nowhere was named the Best Self-Produced CD by the Blues Society of Western PA and forwarded to the IBC. The album was also named the 2017 Album of Year by the Rock Erie Music Awards (REMAs) in PA. The Jeff Fetterman Band was also named the 2017 Best Blues Band of the Year at the REMAs. His 2016 release Bottle Full of Blues is still receiving critical acclaim both in the US and the UK. The album was also named the Best Self-Produced CD in 2016 by the Billtown Blues Society of Williamsport, PA and forwarded to IBC’s.              JEFF FETTERMAN / PHOTO BY LISA BOWER 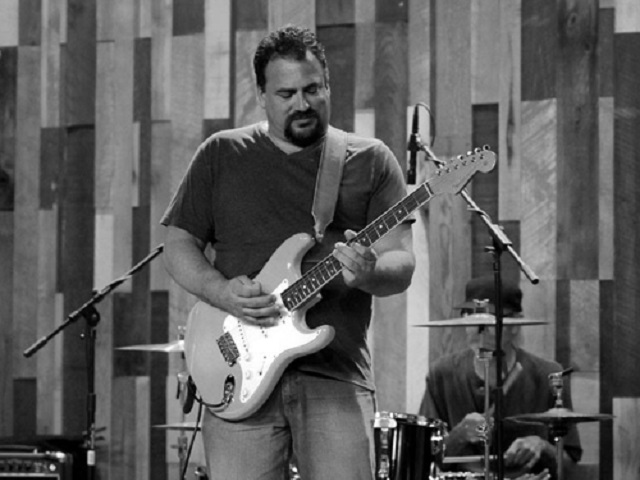 Jeff has a three-song publishing deal with Transition Music in California, which placed the songs in film and television such as NBC’s The Passions, TNT’s The Closer and the Spanish film The Tough Guy as well as in Ford auto commercials. Jeff has toured the States relentlessly and has done shows with Kenny Wayne Shepherd, Ana Popovic, Mato Nanji & Indigenous, Joe Louis Walker, Jimmy Vaughan, Stephen Stills, Samantha Fish, .38 Special, Molly Hatchet, Jimmy Thackery, Chris Duarte, and numerous others. His new album Southern Son (2020) has been a project in the making for the past two years, coming together in California at Greaseland Studios working with Kristoffer “Kid” Andersen, established producer and guitarist for Rick Estrin and the Nightcats.

Blues and music have influenced me heavily. I've come to find that no matter where we come from or where we are going or have been, we all have 1 thing in common, we all love and need music in our lives. It makes us happy, it makes us sad, it makes us full of energy, it can make us have drive and determination, it is a driven force.

I would best describe my music as blues rock, more classic rock with heavy blues influence as I grew up listening to bands like Zeppelin, Hendrix, Allman Brothers and others. I am influenced by Springsteen, Jimi Hendrix, Stevie Ray, Kenny Wayne Shepherd etc. My creative drive comes from wanting to break out of the norm in which most people live, I want to be different, I want to be brave enough to dare to be myself and what I feel inside. I watch people and observe people and their behaviors and I use that as ideas in songwriting. I want to connect to people's emotions.

Which meetings have been the most important experiences for you? What was the best advice anyone ever gave you?                    JEFF FETTERMAN / PHOTO BY LISA BOWER 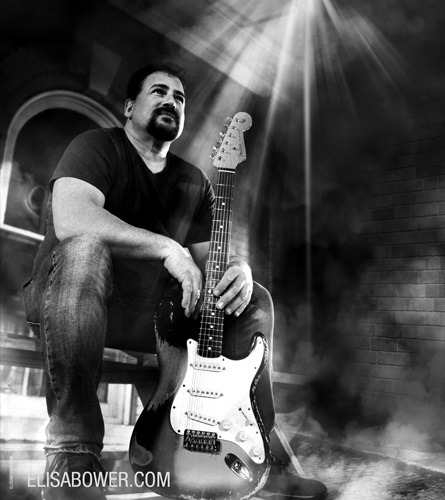 Meeting a lot of the musicians I've always admired and having the chance to support them as an opening act on their shows has been very important to me. It has shown me that you have to be professional, yet lax enough to entertain, and most of all realize that the heroes you often dreamed of meeting are just like you with a great job. The best advice I ever received was to just be myself, dare to be yourself, don't follow the in crowd to be popular, do your own thing and your true self will eventually reveal itself, and to work hard for what you want. Nothing comes easy but if you work hard enough the rewards will come. It takes time and will come at the right time.

When I was younger in my very first traveling band with my best buddies we would travel everywhere. It was a great experience and we formed a great bond as friends. We were in our youth and it was some of the best times of my life. I'm still very close friends with those guys to this day. My best experience for me professionally as I started to be a support act for the nationals was finally getting to meet Kenny Wayne Shepherd and playing on a show with him. I've done a handful of shows with him and have gotten to know him personally and it's an honor to hang with him and visit with him when were in the same vicinity.

I miss the crowds from years ago for live music. 25 years ago, every club and venue was jam packed. It's much tougher this day and age to pack a club. The younger generation seems to like the techno clubs more than seeing a live band. I hope eventually that the music scene will recover and return to the way it was before covid, and I'm afraid that because of covid, it may change how music will be presented in the future.

What would you say characterizes Pennsylvania's blues scene in comparison to other local US scenes and circuits?

Pennsylvania is a very rural state and where I live, in the northwestern part, is very tough to be a live band in, there are many cover bands and not enough original acts in my opinion. There are a few hubs that are good but still not as great as they used to be such as Philly, Pittsburgh, Lancaster etc. 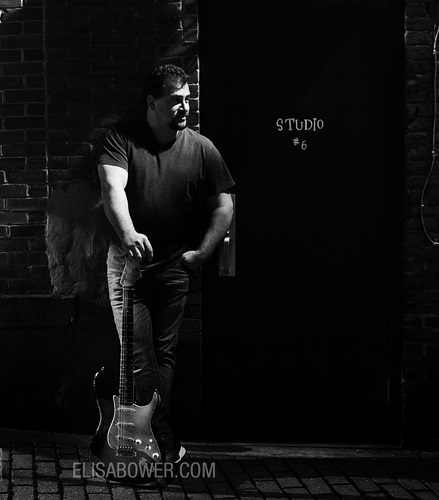 I think I would like to go back to the '60s and see the most prominent and history making and legendary artists of the day. Hendrix, Janis Joplin, Jim Morrison, most of the acts that played Woodstock. It was a time of peace among everybody, and sharing the love of music and becoming one. Although Vietnam was happening, musically it was very interesting, and things were changing.