"Music is music. It’s possible to over-think these things. It can make a political point, or help to bridge gaps between peoples’ experiences, but fundamentally its entertainment and first of all it exists to make people tap their feet. The rest is incidental."

Tearing it up with his own raucous interpretation of traditional blues, Pistol Pete Wearn is a renowned vocalist, slide guitarist, harmonica player and songwriter. Equipped with acoustic guitar and stompbox he blends traditional material and originals with the odd slide-ifed cover. In January 2015 Pete released his second solo EP Footstomping Acoustic Blues on CD and digital download, featuring four tracks that showcase different aspects of his show from hill-country blues to fifties rock and roll. Recent career highlights have included getting a song played on BBC Radio 6 Music; a successful five day run at the 2015 Edinburgh Fringe; a tour of Ireland & twice winning the coveted 'Busker of the Week' award from the Stafford FM breakfast show; as well as support slots for ragtime guitar legend Stefan Grossman, American folk superstars The Stray Birds and New Orleans songwriter Andrew Duhon. As well as touring his solo show UK wide he also fronts the relentlessly energetic electric blues band .44 Pistol, with whom he has released two albums, 2011's studio-based 'Served Raw' and the 2014 live album 'Live at the Vaults'. 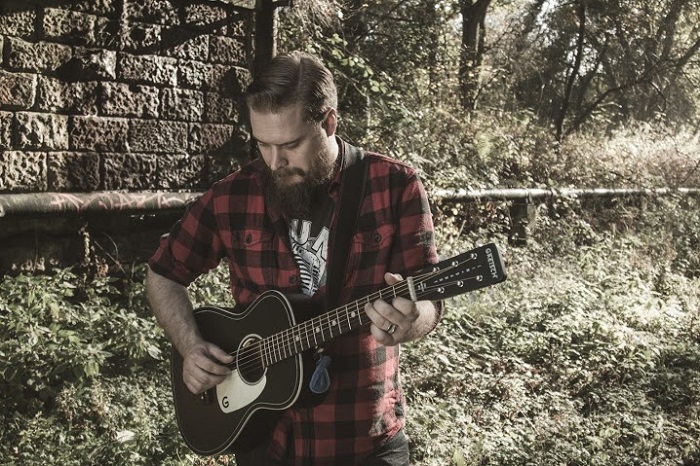 .44 Pistol are a young, high energy electric blues band. Slide guitar driven, stripped back and dirty, they bring together the laid back country blues of artists such as Mississippi Fred McDowell with the raw electric sound of contemporary bands like the White Stripes. Up-tempo, rough & ready this is music to drink, dance and stomp your feet along to. The band play a mix of originals, re-written old blues songs and known covers. Stafford-based lo-fi blues extravaganza .44 pistol released Live at the Vaults, fourteen tracks of relentless searing guitar, pounding drums and sweaty energy recorded at a packed show last September in Stafford’s Market Vaults. Following on from 2011’s Served Raw the record captures the spark of the band’s energetic live show. The band consists of Pete Wearn (vocal, harmonica & slide guitar), Ash Jones (lead & rhythm guitar) and Mick Askey (drums). They do not have a bass player, nor do they feel they need one.

I think blues music is universal because it deals with the experiences of ordinary working people (and dirty jokes) and it offers a cathartic experience when life gets on top of you. Blues music is something I identified with very early in my music listening experiences and has become a lifelong passion of mine to the extent that I now play blues music for my living. I wrote a blog post about my journey with blues music back in 2010 and I don’t think I could really put it any better today.

How do you describe Pistol Pete Wearn sound and songbook? What characterize your music philosophy?

Hill-Country with a bluegrass influence? I have a pretty simple sound really, acoustic slide guitar and stompbox, with occasional forays into harmonica and cigar box guitar. I try and only ever play music I would enjoy listening to. With my band .44 Pistol the founding principles were to do more traditional blues material in the style of the White Stripes or the Black Keys and to be the kind of band we’d want to go into a bar and watch. Now I play solo I like to vary things a bit more, but still work on the basis of trying to be the kind of act I’d like to go and see. 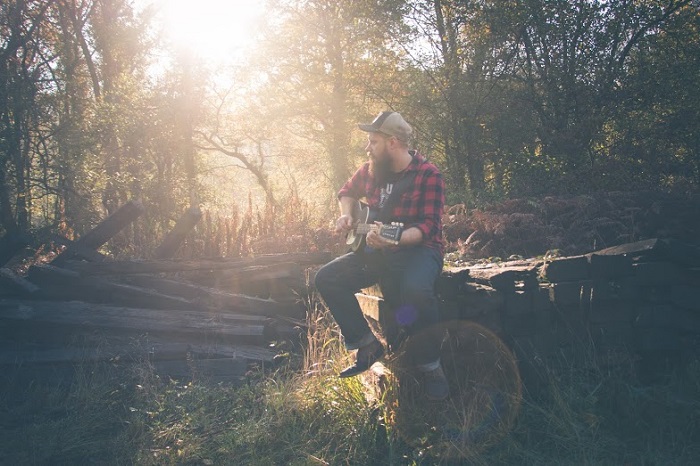 "A lot of modern ‘blues’ sounds more like soft rock to me, so I suppose I miss that unproduced sound from the older recordings, although I do seek out those kind of records for my own listening."

My father was my first and probably most significant musical influence. My friend Dan Walsh is a world class banjo player and has been invaluable for advice, inspiration and just making it seem within my grasp to make a living doing what I love. My Dad always told me to remember “the world doesn’t owe you a living”. My Great Uncle used to say “remember there’s no such thing as a bad beer, just some beers that taste better than others”.

Taking my 7 month old son backstage to hang out with The Stray Birds, when I supported them was pretty cool. I’ve had lots of awesome times playing music, but it always seems to be the bad gigs that leave you with better stories...

A lot of modern ‘blues’ sounds more like soft rock to me, so I suppose I miss that unproduced sound from the older recordings, although I do seek out those kind of records for my own listening. I think the rise of digital music has democratized music production to a huge extent meaning it’s much easier to get your work out there and making the variety of music available to consumers much broader. Unfortunately, I fear it is making it tougher to actually make a living playing music. "I think blues music is universal because it deals with the experiences of ordinary working people (and dirty jokes) and it offers a cathartic experience when life gets on top of you."

What were the reasons that made the UK in 60s to be the center of Blues Roots researches and what are the lines that connect the legacy of Blues with Skiffle?

Was the UK the centre of blues research in the 60s? I have the utmost admiration for the British blues scholars of that era, but I think characterizing it as such is deeply unfair to the likes of Alan Lomax and George Mitchell who were out in the American South making field recordings, or the American guys who went out and rediscovered people like Son House, Mississippi John Hurt and Bukka White during that era. There are links between blues & skiffle, both in the material played (ask anyone to name a skiffle record and they’ll come up with Rock Island Line, Lonny Donegan’s version of a Leadbelly song), and in the attitude that anyone can make music with a cheap guitar and some homemade instruments, something you see time and again in country blues.

Music is music. It’s possible to over-think these things. It can make a political point, or help to bridge gaps between peoples’ experiences, but fundamentally its entertainment and first of all it exists to make people tap their feet. The rest is incidental.

What touched (emotionally) you from cigar box guitar & footstomping? What are the secrets of slide & harmonica?

Music with a raw unpolished quality is what moves me, so I suppose that is what drew me to the CBG and footstomp combination. There is no great secret to playing any sort of music, other than playing music you enjoy and putting in the practice. 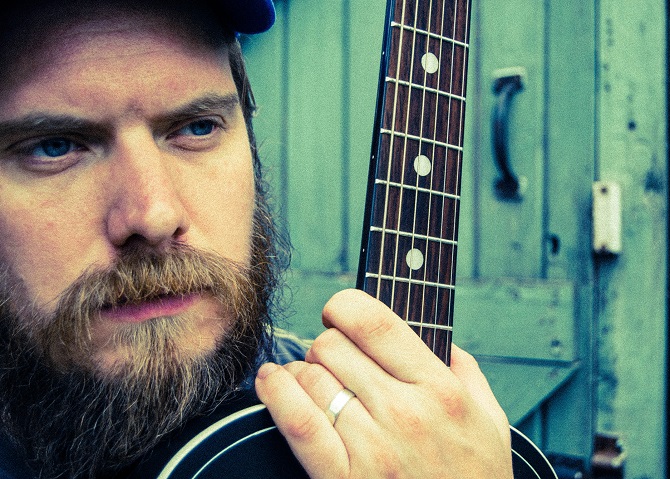