"Impact of blues trough history was very important. It comes like the culture that African slaves were brought to America which was British colony. New rhythms, sounds, specific singing of work and chain songs on slave farms, white man never heard before. It's a knowledge and culture, not only music."

Ivan Petričić: Blues In The Box

Croatian musician Ivan Petričić was born in 1961 in Rijeka, former of ex-Yugoslavia. He's is best known as a performer and manufacturer cigar box guitars and T-Shirt designer. His first touch with the music happened very early in the age of six when his mother enter him into elementary music school to learn violin and was member of his schools choir. When Ivan Petricic (aka Smoothead) was 16, established his first rock blues band, where he was vocalist and harmonica player. 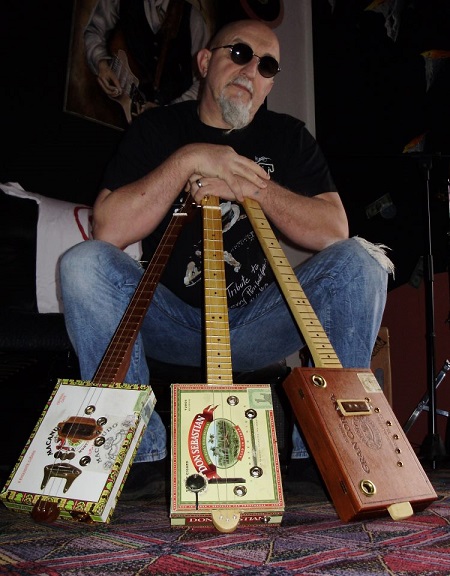 In early eighties, Ivan was vocalist in various local Yugoslavian blues rock bands such as the famous 'Arkana', and recorded a record in 1986. After breakup of Yugoslavia, the band takes different paths and Ivan continued to works and plays music like guest with lots of local musicians and bands where recorded as harmonica player and vocalist but never again like a band member, including: Halom and Meri Trošelj. Today, regarding the movement of Cigar Box Guitar Revolution and he formed his own one-man band, simple named SMOOTHEAD. He is still getting offers to be band member but he refuse it cause love this kind of performing like one man band. One of the American guitarists that have found a place on Ivan's unique guitar was the late bluesman "Philadelphia" Jerry Ricks.

Blues arise long time ago from purposes of African people (slaves) to express the pain and sadness. Thanks to this energy of expression, exclusive melodious ability on no maternal language, this people  succeed to approve that someone could burn out your freedom and dignity but can't take away your culture. This is the message which I received thanks to blues. You can imagine how powerful, distinct and honest this message sent to us years ago is, when is still alive and telling us story about suffers of one people. Certainly, all this happened trough this expression and music that we call blues and blues culture in general. Blues helped me to know that when you are hopeless and miserable, there is always something inside you what no one can take from you. Then you can play the blues, then you can tell how you feel.

How do you describe Ivan Smoothead Petričić sound and what characterize your music philosophy?

Only can say about my sound is that this is something among my life-long listening and playing music and  constant experimentation with hand build pickups. Of course, important factor is quality and boominess of the box you choose. All this make this cigar box and generally box guitars (can be oil gas can) game very interesting. The secret and charm is that there are no rules in building and playing at all. Every guitar that I've build is not the same, with different sound, with different look. Regarding that I love blues culture, painting, making sculptures and many other aspects of art, I really find myself in this cigar box story. Otherwise, I've never been guitar player or drummer. In lots of band where I played (in ex Yugoslavia and Croatia), I was lead vocal and harp player. All this help me to become one man band and combine my harp playing and singing with guitar and rhythm section. 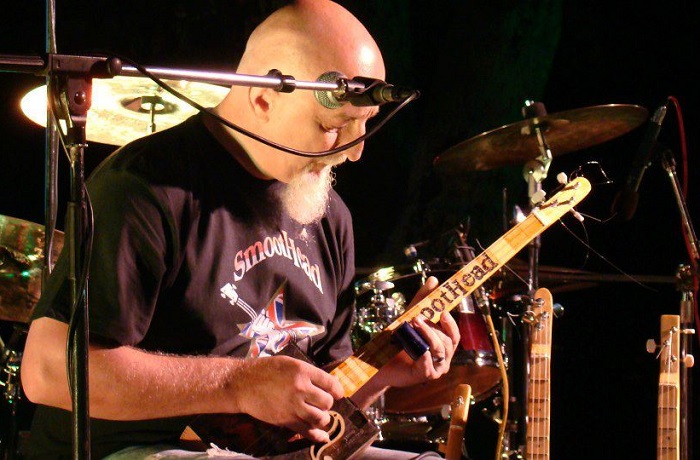 "Blues arise long time ago from purposes of African people (slaves) to express the pain and sadness. Thanks to this energy of expression, exclusive melodious ability on no maternal language, this people  succeed to approve that someone could burn out your freedom and dignity but can't take away your culture."

How did your involvement with musical instruments begin and what are the secrets of Cigar-Box guitar?

My involvement with cigar box guitars happened accidentaly. When Cigar Box Revolution started in USA and after that in West Europe (UK) I was very big fan. I am a blues lover and this movement paid my attention. Regarding that I practice painting, making sculptures, singing, harmonica and percussion playing was great chance for me to express myself like musician and artist. Cigar box guitars are very simple, native instrument with no rules. Maybe this is the secret. You can build it however you imagine, with 2, 3 or 4 strings, from various kind of boxes and tune howewer you want. Therewith, if you build your own pickups every guitar may sounds different. It's never boring with CBG guitars.

How difficult is the construction of an instrument? Are there any memories which you’d like to share with us?

It's not difficult to build cigar box guitar, maybe in the begining. Some basical parts like frets and boxes and some other which are unreachable in Croatia you can buy on internet and all problems are solved.

I am the one who love the blues in his original and early mode, roots mode. Someone like it in newest modes. I have not any fear for the future of any kind of blues. Return of hand made guitars in their original modes and sounds will help us not to forget this very important era of music and people history. 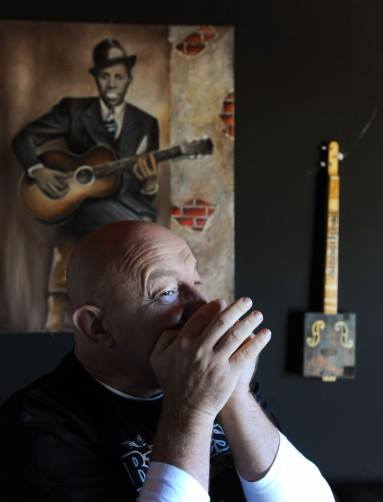 If I could change one thing in the musical world? I never think about that. In music world everything is going just fine and every time period of music depend on time period in which is grow. I mean on historical period, community constitution, political situation etc. Time always tell us what was worth in particular moment. So, I wouldn't change anything, let musician play whatewer they want and people listen everything they like.

"Blues helped me to know that when you are hopeless and miserable, there is always something inside you what no one can take from you."

Make an account of the case of the blues in Croatia. Which is the most interesting period in local blues scene and what touched (emotionally) you from the local blues circuits?

For small country with only 4 million people the blues scene is satisfying. Anyhow I think that from 1990 (from breakup of Yugoslavia) scene goes 30 years backward. Maybe the reason is that then the bands and all new music movements were more represent in media. Our national television, radio stations and new crap tv stations haven't ear for this kind of music. It's all about money, and who pay this play. But live scene is satisfying. We have a few Blues Festivals like International Zagreb Blues Festival, Kastav Blues Festival, International Blues challenge and others. Pub and club scene is more deficient. This scene I love more than festival where perform bigger and very quality bands with lot of expensive equipments and guitars. But they are all the same. Yes, exist a few interesting one man bands and solo performers but not enough for quality scene.

Impact of blues trough history was very important. It comes like the culture that African slaves were brought to America which was British colony. New rhythms, sounds, specific singing of work and chain songs on slave farms, white man never heard before. It's a knowledge and culture, not only music. On slave farms black people loose their freedom and dignity, but culture is the only thing that nobody can take from you. This culture has influence on various forms of music in the future like jazz, rock and roll etc., and will allways suggest on battle of African slave people for their freedom.

What were the reasons that you started visual art research? What subjects have triggered your ideas most? 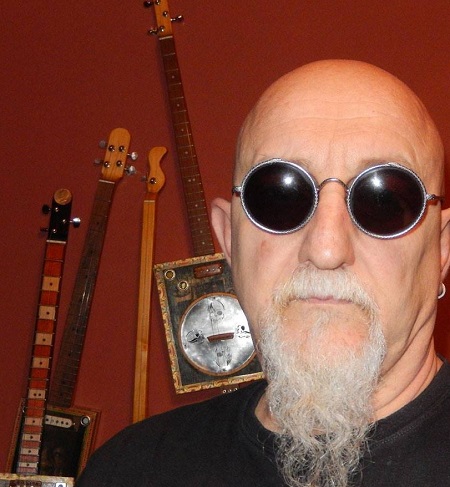 I started with visual art cause I had to many ideas and less money to realize them. I find that is very interested and funny job. And now I have my own hand made product, from hand build instrument with particular sound, playing all instruments, writing original songs and all that put up in my own video project. I am only playing, it's funny.

For just one day? I know, I would like to go to Galapagos, far far away and watch all those turtles, iguanas and cormorans. I'd like to see something innocent, undestroyed and pure. I hope this is the right place.