"I believe that Blues is a very multi-cultural, and multi-racial music, even though the roots are certainly African American. I find that this music community is very welcoming to all cultures and I believe in the power of music to make change."

Friends say they don't recognize him without a guitar strapped on, as Dan Doiron has been addicted to the raw energy of the electric guitar since he formed his first band at age 13 in Port Hood, Cape Breton, Canada. A blazing spitfire guitarist, Dan fuses potent guitar riffs and grooves with unique lyrics reflecting his views on everyday life, ensuring an emotional, thrilling musical ride at every band and solo show. He’s profoundly committed to the music, crafting his own style that draws upon over forty years of his traditional and modern guitar studies and experiences as a musician, songwriter, music educator,(B.MUS.Ed from Dalhousie University with a major in classical guitar), National guitar clinician, (Roland Canada), and recording engineer. Dan is also dedicated to sharing that passion and knowledge and has developed a diverse variety of workshops and clinics that focus on guitar technique and improvisation, songwriting, and incorporating technology to assist musical growth. He’s experienced in presenting to all ages and levels and especially enjoys the opportunity to inspire the next generation of musicians through “Blues in Schools” presentations. After many years as a sideman, in 2011 Dan stepped out as a solo recording artist, earning both East Coast Music Award and Music Nova Scotia nominations for his debut CD, “Even My Guitar Is In Love With You”. A torrential body of work has followed and his fourth album “Livin’ Centre Stage” is being released in early 2018. In October 2017 Dan and his band won the East Coast Blues Society’s “Maritimes to Memphis” competition for a second time, awarding them the honour of representing Atlantic Canada at the worlds’ largest Blues competition, the International Blues Challenge (IBC) in Memphis. “We are so pumped to be returning to this huge blues competition in the birthplace of the blues and are excited to introduce songs from the new album...” The inspiration for that new album evolved from his Live Centre Stage project; an initiative to inspire others to follow their passion regardless of their age or stage in life.

I grew up in the sixties in Cape Breton and my very first musical influences were from United States youth who came to Canada to avoid going to the Viet Nam War. I was definitely influenced by their beliefs of respect and peace and love, and of course this was reflected in their music. As I began my music performance journey I found that blues really spoke to those beliefs and I continue to try to honour and continue that Blues tradition.

I definitely come down on the rock side of the blues, and my influences go back to players like Eric Clapton and Jimi Hendrix when I was a kid. I'm pretty sure I didn't even know it was called blues then, I just knew that I connected to the emotion and sound. Later my influences came to include Robben Ford and Canadian Colin James. I have been playing guitar for over fifty years but mainly as a sideman. I just started a solo career about seven years ago with my first solo album, "Even My Guitar is in Love With You". My creativity comes from spending a lot of time with my guitar and usually inspiration comes from a guitar riff as a basis for the song and then I will try to match the emotion of that riff with lyrics that I write constantly and store in my phone.

My father who is also a guitarist and very creative artist, (oil painting), was my first and continues to be my biggest influence to keep creating and following ones passion. At 90 years old he recently held a very successful exhibit of his art. He's inspired me to believe that if you keep working had and believe in what you are doing you will succeed. "My fear for the blues is that many traditionalists do not want to allow this to continue to happen and that everyone starts to sound the same playing only in the style of those who came before, just copying the style, and this approach will drastically choke the growth and attraction to the style."

Are there any memories from gigs, jams, open acts and studio which you'd like to share with us?

Opening for Robben Ford at a festival in Nova Scotia a few years back was a great thrill as he has been a big influence and I've always admired his approach to creativity and improvisation.

I highly respect the blues masters who have come before us and how they laid the foundation for the genre, In fact I have a song on my new album called "Ridin' the Rods" which is a tribute to the early ambassadors of the blues. My fear for the future of the blues is that many do not want to let the genre develop and grow! We have such respect for artists like Robert Johnson, BB King, Buddy Guy, Stevie Ray Vaughan because they took the blues to a new place and put their own spin on it. My fear for the blues is that many traditionalists do not want to allow this to continue to happen and that everyone starts to sound the same playing only in the style of those who came before, just copying the style, and this approach will drastically choke the growth and attraction to the style.

My hope would be to see a greater appreciation for live music and a return to people coming out to shows!

What touched (emotionally) you from the Canadian blues scene? What characterize the status of local scene?

There are very dedicated blues societies across the country and the members are truly very passionate about the music. I am continuously touched by their support and encouragement. Unfortunately, the number of members in each society is very small and there are far fewer places to play than only a few years ago. On the positive side, the "House Concert" market is growing and I really enjoy performing in this intimate listening environment for a small group who are totally into the music and the story behind the songs. 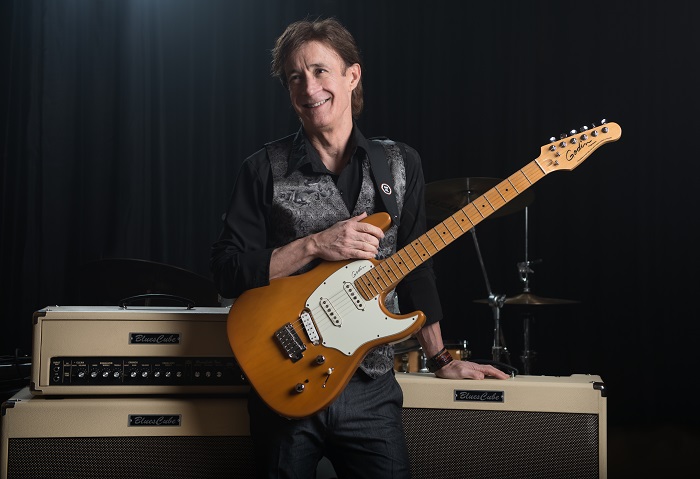 "My creativity comes from spending a lot of time with my guitar and usually inspiration comes from a guitar riff as a basis for the song and then I will try to match the emotion of that riff with lyrics that I write constantly and store in my phone."

How has the Blues and Rock culture influenced your views of the world and the journeys you've taken?

Music has been the one constant in my entire life, and has allowed me the opportunity to meet incredibly passionate, creative people. In fact my new album "Livin' Centre Stage" was totally inspired by the people I have met on my solo career journey who have shared their stories and inspired me!! I've also started an initiative called Live Centre Stage", with a mandate to inspire people to live their passion and dreams regardless of age or stage in life.

I believe that Blues is a very multi-cultural, and multi-racial music, even though the roots are certainly African American. I find that this music community is very welcoming to all cultures and I believe in the power of music to make change. On my last album, "Stand Back I Don't Know How Loud This Thing Gets" I have a song called "Killing Each Other Trying To Get Into Heaven", that is my small contribution to spread the word that we are all one people. As styles go the Blues is still pretty young, and I believe it's biggest contribution can be the demonstrate that regardless of race or culture we can all be united through this music.

I would want to go to Europe in the very early sixties. At this time African American blues players were coming to Europe to perform and were responsible for influencing the entire beginning of the new style rock n' roll. I'd love to have been in the room when Mick Jagger and Keith Richards first saw artists like Muddy Waters live, and watch their reaction!! 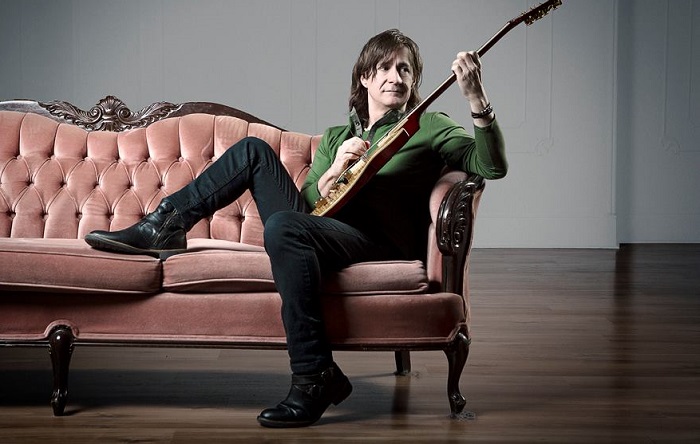