"I think that today’s blues is more present worldwide than in the old days. I hope that blues musicians will experiment more in the future and bring some new refreshments on the scene."

Harp Explosion (Igor Iggy Djeke) is a new school one man band from Croatia who use harmonica looping techniques to build his own unique garage blues style. Low and nasty harp sounds are recorded live on a stomping drum loops featured by his dirty vocal and tambourine. He started his one man journey back in 2009, played lot of gigs all around and shared stage with many bands. He also shared stage with many one man bands like Tongue Tide Twin, Dead Elvis, King Automatic, Wasted Pido, Sheriff Perkins and many others. He self recorder and released 3 albums and couple of bootlegs. In 2014 underground label Noisegames Records from Switzerland released his first 7" record "Atom Age Harmonica Blowout" featuring legendary punkblues harmonica/sax player Walter Daniels from Austin, Texas. So, check out this one man band and take a trip to a prison of garage blues harmonica looping madness from outer space.

Well, as we all know, blues is a root of all today’s music and it affected and influenced me a lot as a harmonica player. Also I learned that musicians have to find their own way to express themselves without any compromise and only then they will achieve originality and satisfaction.

How do you describe Harp Explosion sound and songbook?

Harp Explosion sound is raw, dirty and modern in the same time. I have that nasty blues harp sound but I’m not playing standard harp licks. I’m trying to play my own original stuff. On the other side it is modern, because I use a few effects, loop station pedal for overdubbing and I play along with drum loops prerecorded in my loop pedal. In the end I get garage rock and roll made with blues harmonica so I simply call it, garage blues.

I don’t have any particular philosophy. I just play along with some rhythm and trying to make it simple. Sometime of course I get carried away and then I complicate too much but, also I think the music should not be set by any boundaries. It should be simply guided by feel.

What were the reasons that you started the Blues researches and One-Man and harmonica experiments?             Photo by Afonso Bastos 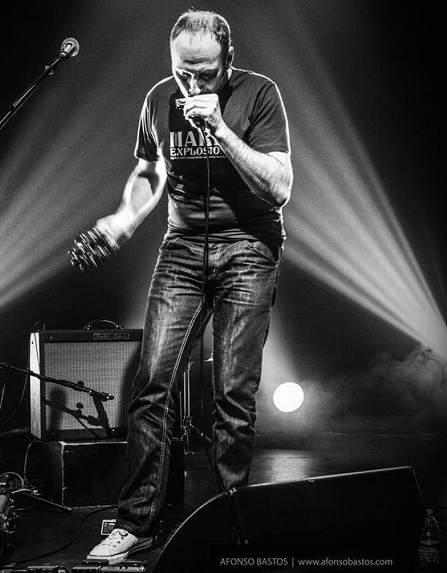 From 2001 to 2009 I was a singer and harp player in garage rock and roll band called Thee Knuckleheads. We played from 60’s obscure rock and roll instrumentals over garage punk blues covers and we end up with our own original songs. After the band fell apart, I bought my self a loop pedal and started to do my own songs in similar style. Big influence in starting to do a harmonica looping was an UK artist Son of Dave. He also overdub harmonica and use a beatbox for his beat and some bass lines. I liked a lot so I encouraged myself to start my own one man band. It is not easy, looping has a lot of limitations while you making a song arrangements but it is the only way to sing and play harmonica at the same time. Other good thing when you playing as one man band is that your ideas are not limited or influenced by other band members. It is only your idea and if you are satisfied, you can hope that your audience will be satisfied too.

I don’t know… I shared stage with some other one man bands like Tongue Tied Twin, Dead Elvis and his One Man Grave, King Automatic, Wasted Pido, Sheriff Perkins... and it was really great. I like to play with other one man bands because it is unusual to see for the audience, like some kind of a freak show.

I really don’t miss anything because it is a lot of social networks that are full of blues videos and recordings and there are too many bands that are trying to sound as someone from the past so, I think that today’s blues is more present worldwide than in the old days. I hope that blues musicians will experiment more in the future and bring some new refreshments on the scene.

In past 10 years we had a lot of Blues Harp festivals and that was really interesting to me as a harp player. We also have around 10 blues festival per year in different cities, blues challenge etc. We have a lot of blues bands and my favorite blues (one man) band is called Bebe na Vole. Check this guy, he is really great.

If we speaking about local blues scene here in Croatia, I really don't know... I'm happy when one of my harmonica player friends get a recognition for the effort made in the field of music. 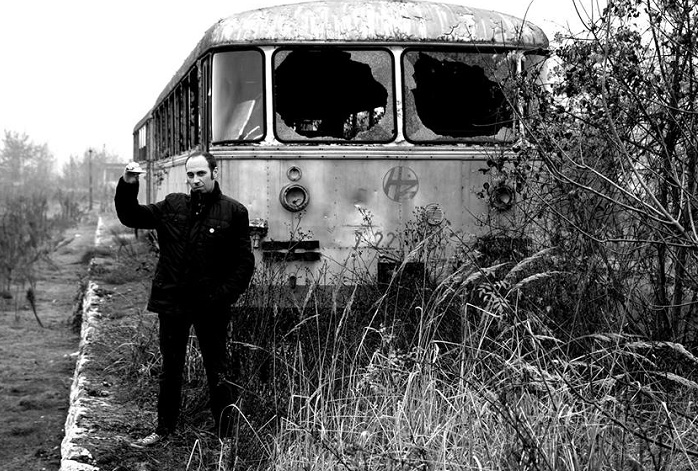 "Harp Explosion sound is raw, dirty and modern in the same time. I have that nasty blues harp sound but I’m not playing standard harp licks. I’m trying to play my own original stuff."

What are the lines that connect the legacy of Blues with Garage, Reggae and Croatian folk and traditional forms?

Garage music is a form of a blues and it is strongly connected, and reggae… I played in one reggae band called Sopotopot for a short period and I put some blues harmonica in it. It was really great to explore a new sounds, melodies and possibilities. It fits well together. Croatian traditional music is something different. It has some similarities with blues when they repeat a phrase before change, something like 12 bar blues in a different way but personally I don’t like it.

Nothing special, I would like just to raise people's awareness about hard work which musicians have to do in making music, playing gigs, touring etc. I think musician should get more respect and more support from clubs, festival organizations... and support on local and state level.

I can't talk about worldwide impact of Blues music because I live in Croatia, non-racial country where blues music don't have any impact. Blues music is just one of many music genres that you can play here. I would like to hear the answer to this question from someone in the US, where the situation is different and where the blues music is part of tradition.

Let’s say a 100 years in the future at the same place where I am now. Why?  To see my family and to hear some new music. 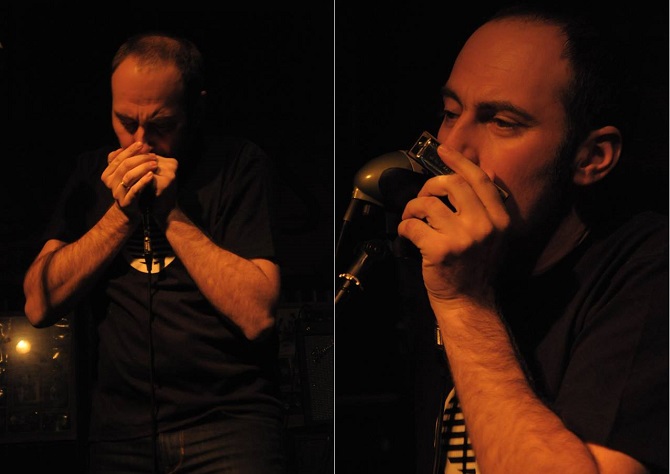