Crazy Bull: Save The Boogiefightings The three members of the band have been playing with various bands for more than 25 years. This fact is the main reason for success together with the band members' different but complementary music origins and a strong dedication to "no-compromises" regarding the band's music style and sound. When you need a shot of rigid boogie-rock... you know where to find it. The band are: Vassilis "Mountain" Kosmidis (vocals/guitars); Chris "Fly" Apostolou (bass/acoustic guitar/back vocals); and Steve "Oi" Oikonomou (drums/back Vocals).

Vassilis: Rock n’ Roll is pure fun!! Have a good time and let the girls dance!! The blues …is another chapter. The blues is the moment where you are alone (even in front of an audience on stage) and talk to yourself. Let all your emotions (either good or bad) come out and expresses them through the music and the lyrics. Boogie is both and that’s what we chose.

Chris: Rock n’ Roll, Blues, Boogie…they are all types of powerful emotional music. It is like psychotherapy.

How do you describe Crazy Bull Band sound and songbook? What characterize band’s philosophy and name?

Vassilis: To deliver pure raw boogie / rock n roll / blues rock with no compromises. Whatever is the venue we will play the same pure authentic style that distinguishes the band as a power boogie – rock trio. The philosophy and name tell exactly the same...like a Crazy Bull.

Vassilis: Many things happen during the lifetime of a band. Our best moments are whenever people dance while we play.

Chris: Most weird things happen during open acts. Rain, amps failures, etc….however in the end we will always play!

Vassilis: I don’t believe that there is actually something missing from the music of the past. The music industry changed, the music media changed and nowadays it seems like music has become a consumable product - however that happens all time; in the 70s, in the 80s etc.- nevertheless there is always new good music produced and musicians that play that music. And with the evolution of internet it is so easy to have access to that music – all you need is to actually search and listen to the music. From that point of view I do have great hopes for the future.

Chris: The only thing that I am missing from the past is musicians that are gone. Besides that I believe that there is still good music coming out now. 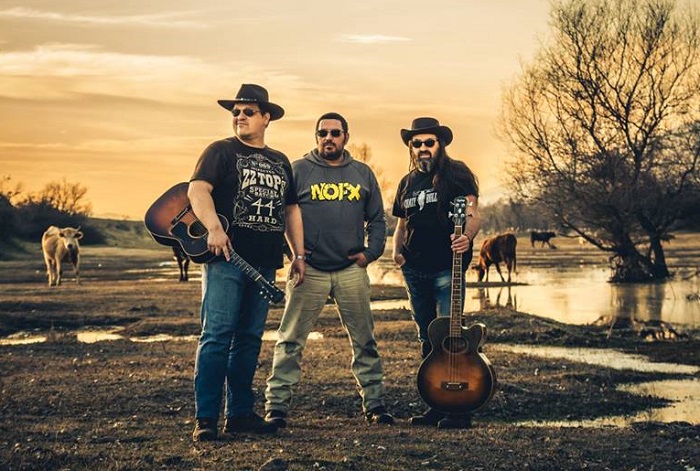 "The blues is the moment where you are alone (even in front of an audience on stage) and talk to yourself. Let all your emotions (either good or bad) come out and expresses them through the music and the lyrics. Boogie is both and that’s what we chose."

Make an account of the case of the Blues in Greece. Which is the most interesting period in local blues scene?

Vassilis: My personal opinion is that the most important period of the Blues in Greece was the decade 1985-95 where there was an evolution of blues-rock bands and also an evolution of places where you could actually play to people that like that music. Through those years the blues music became popular to some certain extent in Greece- with the contribution of some major foreign musicians.

Chris: There is so little to tell about the Blues in Greece. Apart from some bands, there is no real Blues scene. If Blues musicians want to earn a living playing Blues music, they have to search abroad.

What touched (emotionally) you from the local music circuits? Are there any similarities between the blues and the genres of local folk music and traditional forms?

Vassilis: There is actually one local genre – Rembetiko – that has many similarities to the Blues music in terms of thematic content. Both talk about human emotions and both are true to their origins.

Chris: For the type of music that I play, there is nothing that touches me from the local music circuit. However I respect all types of music as long as it delivers emotions to the people that listen to it.

Chris: It dissolves all contradictions.

Vassilis: To any Elvis gig!!!

Chris: To spend a whole day drunk with Rory Gallagher!! 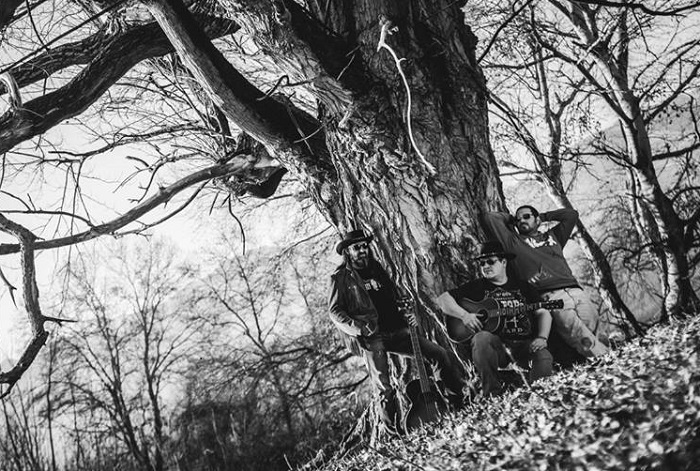