"If you put something of a high enough quality out into the world, there WILL be people out there with whom it resonates. That can lead to a wonderfully symbiotic relationship with people and places you would never have otherwise encountered."

Chicago prog rock band District 97 will be releasing a new live album called “Screenplay” featuring well over 2 hours of music across 2 CDs on March 26, 2021! The album comprises all of District 97’s critically-acclaimed “Screens” album performed live at Europe's prog rock mecca, Boerderij Cultuurpodium, in October 2019. Additionally, the collection boasts a wide variety of additional live material spanning District 97’s back catalog and covers ranging from John Lennon to Yes. Also included is a rousing unreleased live performance of “21st Century Schizoid Man” featuring the UK legend of King Crimson/Asia John Wetton, as well as collaborations with other artists such as Dave Kerzner and Fernando Perdomo. Plus, there are two secret “encore” performances. As a special bonus, a brand new song recorded in quarantine called “Divided We Fall” is included on the new album!                                               (Photo: District 97) 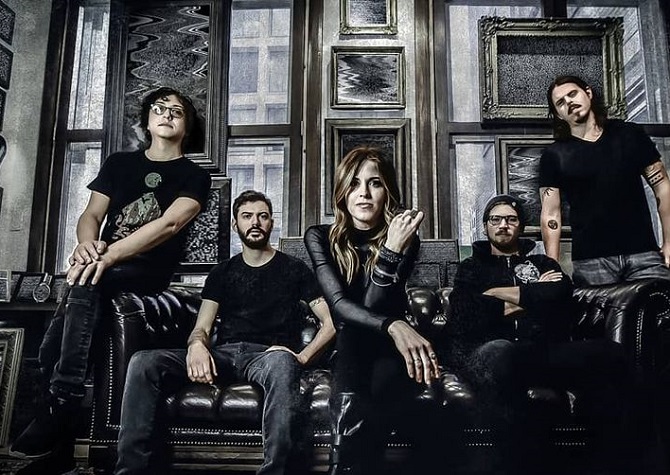 District 97 is undoubtedly the most musically adventurous rock band in the world to feature an American Idol Top 10 Female Finalist. Since 2008, this quintet from Chicago has melded an adventurous, uncompromising instrumental prowess with the look, sound, and stage presence of vocalist Leslie Hunt. District 97 is Leslie Hunt (vocals), Jonathan Schang (drums), Jim Tashjian (guitar / vocals), Tim Seisser (bass) and Andrew Lawrence (keyboards). Through world tours and a stream of studio and live releases, the band has garnered a worldwide fanbase; collaborating with iconic singer/bassist John Wetton and drawing praise from Bill Bruford, Mike Portnoy and other rock luminaries along the way. DISTRICT 97 rehearses doggedly to refine their compositions, ensemble-playing, and stage presentation; their standards for excellence have only grown more rigorous with the passage of time. Their album “Screens” (2019) and its accompanying live shows set a high watermark of composition and musicianship. The covid-19 pandemic has not stopped the band from innovating. Their Virtual Screening Tour and the stunning “Ghost Girl” animated short film have kept them at the top of the current prog rock heap.

As a little kid, I fell in love with The Beatles and immediately gravitated to John Lennon. His music, voice, personality, and look all resonated with me profoundly. Accordingly, I grew my hair out (and when I was forced to cut it I told the barber I wanted “to look like John Lennon”) and looked totally different from every other kid in my school. I was quickly known as “the Beatles Kid,” so I’ve been quite used to standing apart from the pack my whole life. I think this has given me the freedom to pursue both life paths and views that are not always the ones that society tends to put in front of us.

How do you describe District 97 sound and songbook? Do you have any interesting stories from the Screening Tour?

I would describe our approach as “expect the unexpected.” I like each song to contain a melody, chord change, rhythmic element, lyric or combination thereof that brings listeners to a destination that’s different from what they were expecting, but makes sense once they’ve arrived. We had a day off in Belgium and took the opportunity to go on an interactive tour at the Chocolate Museum! It was both informative and delicious.

Our collaboration and friendship with John Wetton is something I cherish. A quarantine project of mine was chronicling that whole experience in writing, which you can find at FB page. Also, getting to play, meet, and have dinner with Bill Bruford shortly after our debut was released was amazing!

I miss the spirit of adventure, exploration, and dedication to craft that permeated so much of the great pop and rock music of the ‘60s and ‘70s. One can still find those qualities in abundance, but it’s no longer common in the mainstream. I worry that there’s no one to take the cultural place of the titans of that era, but I do find hope in the inventiveness and persistence of younger generations.        (Photo: Jonathan Schang) 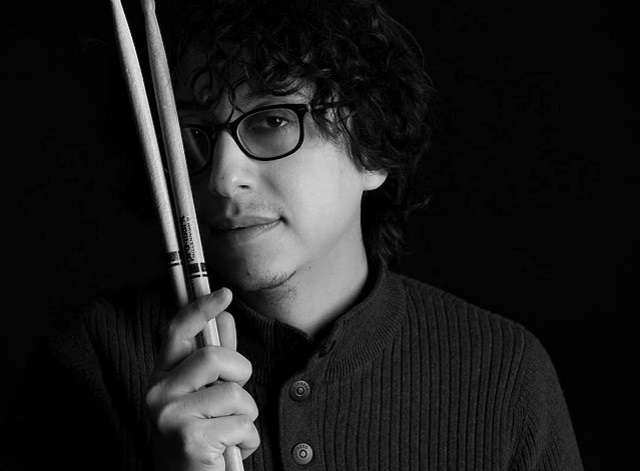 "I would describe our approach as “expect the unexpected.” I like each song to contain a melody, chord change, rhythmic element, lyric or combination thereof that brings listeners to a destination that’s different from what they were expecting, but makes sense once they’ve arrived."

Make an account of the case of the Chicago music scene. What characterizes Windy City in comparison to other US scenes?

The scene here is rich and diverse enough that you can find someone to do just about anything you’re looking for, but also not so big that it’s overwhelming and difficult to find your niche within it. It’s a welcoming community that seeks to encourage and inspire each other rather than cast things in the light of competition.

Umm…can we go back to the music business of 1972 please?

What touched you from Berklee College of Music? What is the impact of music on the socio-cultural implications?

My time at Berklee was just nine months, but very important. I was a bit of a loner there and that gave me time to practice A LOT; about 4 hours a day, which is the most I ever did consistently. It gave me a sense of just how good some of the musicians out there were (Esperanza Spaulding and Hiromi Uehara were still around campus at the time), but also gave me more confidence that in the grand scheme of things I had something to say that was worthwhile as well. I think the impact of music can be seen in this interview. We’re connecting across a vast ocean, and it’s a beautiful thing indeed!

If you put something of a high enough quality out into the world, there WILL be people out there with whom it resonates. That can lead to a wonderfully symbiotic relationship with people and places you would never have otherwise encountered.

As I mentioned, I’ve been a Beatles freak my whole life. I think catching one of their epic night-long sets in Hamburg circa 1961 would be hard to top. 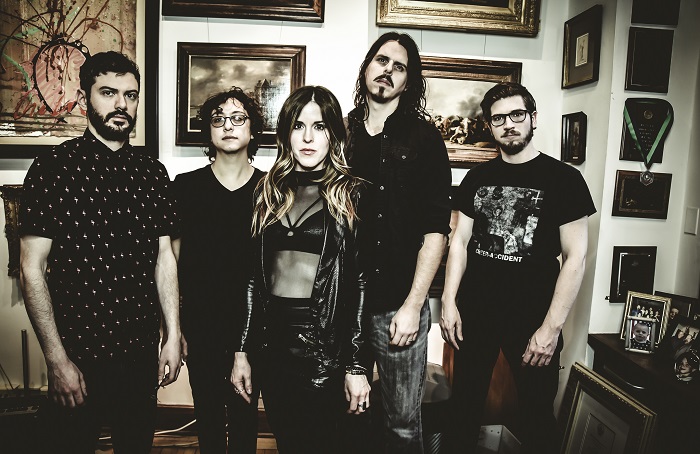