"I think it’s fair to say at least from my perspective most blues guys & gals' politics lean to the left. Blues emanates from black culture who struggled & suffered in America where there was a lot of racial tension."

The veterans of the NY and NJ scene Peter V Blues Train Peter Veteska, aka Peter Vhit us once again with their remarkable second album of 2018 “Shaken But Not Deterred”. The nine original tracks and four fresh covers recorded by Joseph DeMaio at Shorefire Recording Studios, are a sophisticated blend of modern blues with jazz and funk overtones that prove the band means business. Here’s what Peter Veteska, aka Peter V has to say: “I was born in Manhattan in 1959 and grew up in Jamaica Queens. When I was twelve years old, I saw a black Les Paul in the window of a pawn shop. I got a press route delivering papers on a bike. Each week I would drop off a payment on layaway. After a few months of weekly payments, I was able to pick up the guitar that I had dreamed of. Listening to Derek and the Domino’s and the Allman Brothers I started teaching myself and learning to play my favorite artists. I performed at my first paying gig at the age of 15. For the remainder of my teenage years and adolescence, I played at numerous bars and clubs throughout New York and Long Island. At the age of 21 I was disenchanted with the music scene, and I decided to step away from it. The next twenty-five years, of my life, I only rarely picked up the guitar. My musical taste changed, as I discovered Jazz, and other genres of music. All this music had a very big influence on my musical growth. When the economy tanked in 2008, I reconnected with my lifelong passion of playing the guitar with a renewed vigor.” 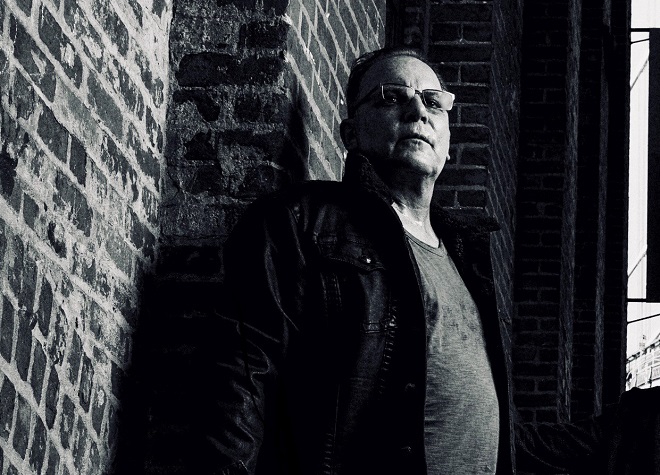 “I really got into my “blues” roots. I also discovered many of the blues greats from the 50’s, as well as, new contemporary blues artists such as Robert Cray. I cut my teeth playing various local blues jams. I was the “new kid on the block” yet I was in my early 50’s. I was encouraged to sing, so that I could get up more often, to play at the local jam events. I took that advice and worked on my vocal skills. Today, I have flourished into a solid “blues” guitarist and vocalist, which helped to create the distinctive sound of the Peter V Blues Train. My musical focus is to create a unique sound of blues music which is more upbeat and influenced by jazz and funk. I write and perform original music, as well as, reinterpretations of lesser known blues classics.”

What do you learn about yourself from the Blues people and culture? What were the reasons that you started the Blues and Jazz researches?

I grew up in a very tough neighborhood in Brooklyn NY for me Blues is about overcoming adversity and meeting life challenges head on. It is through that experience that I relate to the Blues.

Blues is a guttural music It’s about expressing a feeling despair or jubilation through music. There’s a simplicity to Blues which makes it challenging. Jazz however is a different skill set They are both improvisational So, for me, fusing the two genres works It’s important to push the boundaries with music other you’re just doing what’s already been done.

How do you describe Peter V's songbook and sound? Where does your creative drive come from?

Our songbook consists of 9 originals and four covers. Each song is inspired by different things for example Alibi is about me growing up on the streets of NY when I was a teenager. The album title is a variation of “Shaken but not stirred’ So I changed the last word to deterred. It addresses my attitude when people criticize our musical approach, some feel that we’re not pure blues, in which I respond, if you don’t push the boundaries it’s gonna sound recycled and rehashed. Let’s face it, if you’re coming out of BB or Albert your just not gonna do it as well they did it.

Fresh, vibrant & diverse ...infusing elements of Jazz, Funk & soul Although my sound is guitar driven, I like to add sax & B3 to add more layers to our sound I make a conscious effort to avoid musical clichés. So, we usually cover lesser known Blues classics. When we record a classic, such as T Bone Shuffle I create my own arrangement and the song takes on a new life. I put much emphasis on my vocals as well. East coast urban blues! Creative drive; I’ve listened to many artists and different genres. Jazz R&B Soul/funk. I get inspiration from numerous artists and life events. I like forging ahead and creating a new sound.

What characterize the philosophy of "Shaken abut Not Deterred"? What is the difference debut and second album? 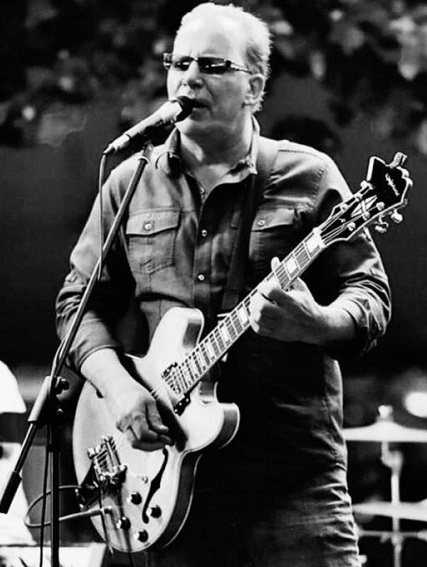 We started working on Shaken But Not deterred just as our previous cd Running out of time was released (which is in voting Grammy consideration). So, the songs have a bit more confidence than the previous three CDs Also, I kept the songs more blues based and simpler than the previous Cd. The Rodeo. No BS. Was written about our experience at the local IBC It was a bit tongue in cheek. My girlfriend Joanne wrote the lyrics, definitely has attitude lol.

We’ve recorded four studio albums and all four have been recorded at Shorefire Recording Studio. Mixed, engineered and co-produced by the owner, Joseph DeMaio. During the recording process you need an independent ear that can guide and advise you in an objective way. Joe has provided that for us and has become an extension of the band. You go into the studio with preconceived ideas, some work and some don’t. I rely on Joe for his musical input because his wealth of experience Is invaluable. He is respectful of the artist and knows when and when not to offer his opinion.

What are some of the most important lessons you have learned from your paths in the music circuits and roads?

To stay humble, be kind to the people you meet. Life is a big circle. Most musicians are very passionate about their music and don’t take criticism well, so don’t offer it.

Do you consider the Blues & Jazz a specific music genre and artistic movement or do you think it’s a state of mind?

Jazz & blues do overlap each other, but they are certainly two separate genres. Obviously, there’s more complexity and skill with Jazz. Jazz players play all the chord changes when soloing. The first- and second-generation blues artist played mostly pentatonic scales while soloing. There’s a simplicity and yet a complexity to that style of playing. Many of today’s blues players play the changes. That’s how I approach it. When your soloing frames out the chords it has much more melodic content. Bending & vibrato is also very important in blues playing. Blues is certainly more feel.

I met many fine musicians mostly at various blues jams. Two people in particular helped me by giving me guidance & advice. Bob DelRosso who is an incredible blues guitarist helped me with my tone & discussing the importance of dynamics.

His feel & pocket is second to none and always plays in the moment. Ernie W also gave me immeasurable advice by telling the importance of being a good rhythm guitarist and slowing down on my solos and landing them correctly less is more, this applies to most creative things music, art, architecture etc. 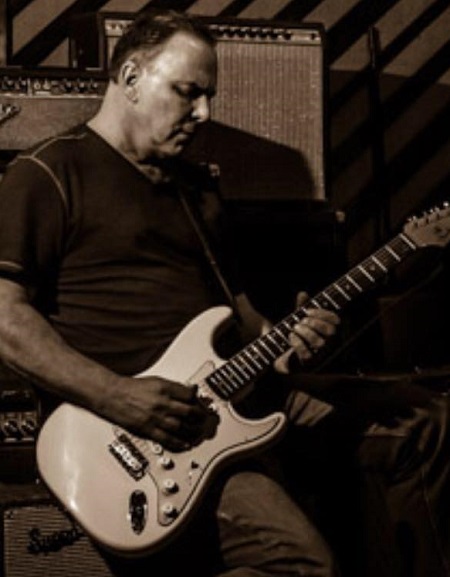 As is with country music the blues music today is infusing other genres of music. Rock, jazz, funk country etc.  some of it is done quite well but much of it strays off too far from blues.  It’s important that we don’t dilute what the first-generation blues greats created. I’m all for pushing the envelope but we must respect the past.

"Blues is a guttural music It’s about expressing a feeling despair or jubilation through music."

More emphasis on the music and less about the image.

What has made you laugh and what touched (emotionally) you from local NYC blues scene?

NY Blues Hall of Fame the Criteria they used for induction was unexpected. I was inducted after 4 years on the musical scene although I was deeply honored I’m not sure if it was deserved at the time.

Blues music as I’m discovering is like a big family. Weather on a local level or national there’s tremendous camaraderie and some very interesting Individuals.

I think it’s fair to say at least from my perspective most blues guys & gals' politics lean to the left. Blues emanates from black culture who struggled & suffered in America where there was a lot of racial tension. I see many of today’s blues musicians DJ’s & publishers speak out against our establishment in FB posts. I think they have an impact.

Witness live & in person a young BB King live at the Regal in that Legendary Concert. The passion & energy that he played with electrified the audience It was the birth of the electric blues. 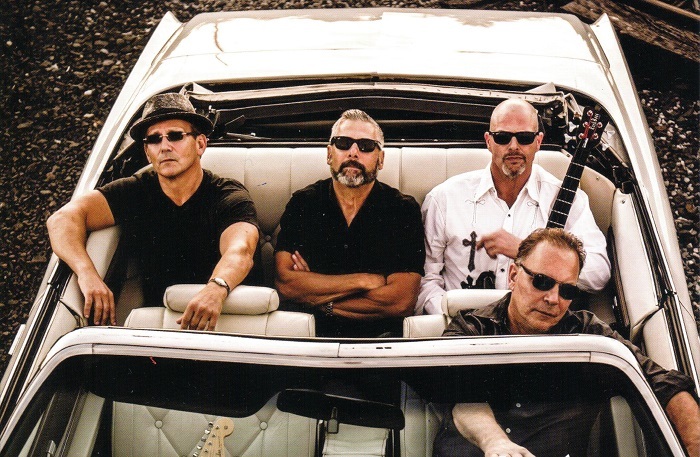